Xinhua said Xi will speak at the opening ceremony at the invitation of World Health Organization director-general Tedros Adhanom Ghebreyesus.

A big part of the meeting's agenda is a draft resolution signed by 100 countries calling for an independent "evaluation" into the coronavirus pandemic.

While the draft does not single out China, Beijing has been facing mounting international scrutiny for its initial handling of the Covid-19 outbreak.

Read more about the meeting: 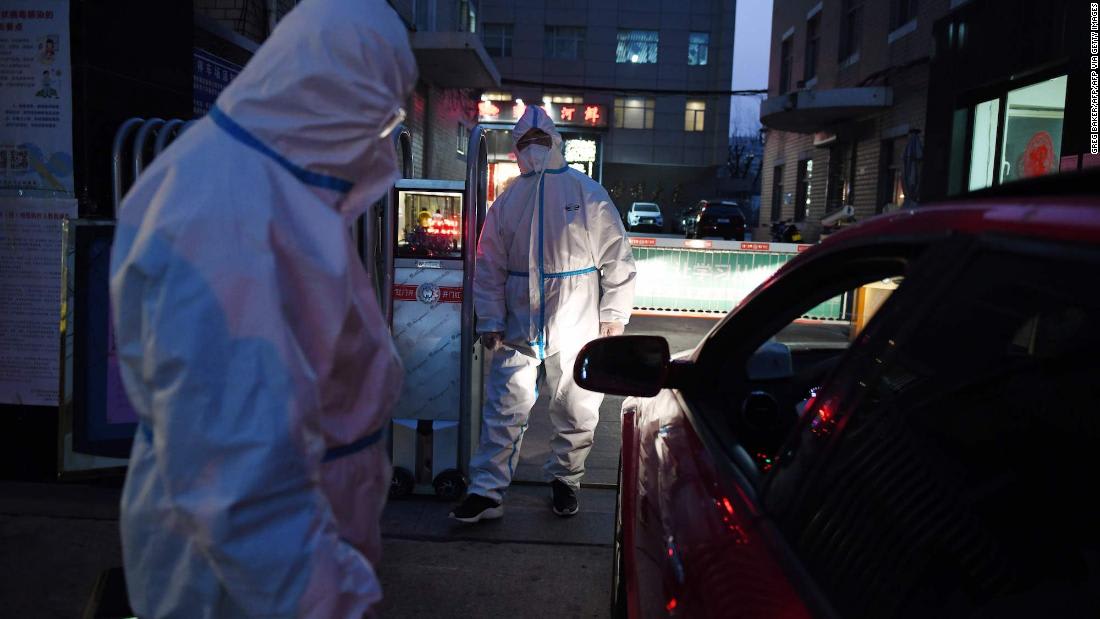 China has been trying to avoid fallout from coronavirus. Now 100 countries are pushing for an investigation

A powerful cyclone that formed in the Bay of Bengal is headed directly for the India-Bangladesh border, bringing with it the potential for major destruction and upheaval in two countries that are still battling the Covid-19 pandemic.

Cyclone Amphan has strengthened to the equivalent of a strong Category 4 Atlantic hurricane, or a super typhoon in the West Pacific. Amphan is packing winds of 150 mph (240 kph), though forecasters expect the storm will weaken before making landfall late Wednesday near the Ganges River Delta.

Even if the storm hits after weakening, it could cause significant damage. Amphan is forecast to make landfall near poor, densely populated areas with notoriously unreliable infrastructure. If it lands in the low-lying delta, there is also the potential for major storm surges, perhaps even as high as 30 feet (9 meters).

Natural disasters are tragically common in this part of the world, but this could be the first powerful storm ever to hit India and Bangladesh amid a global health emergency. 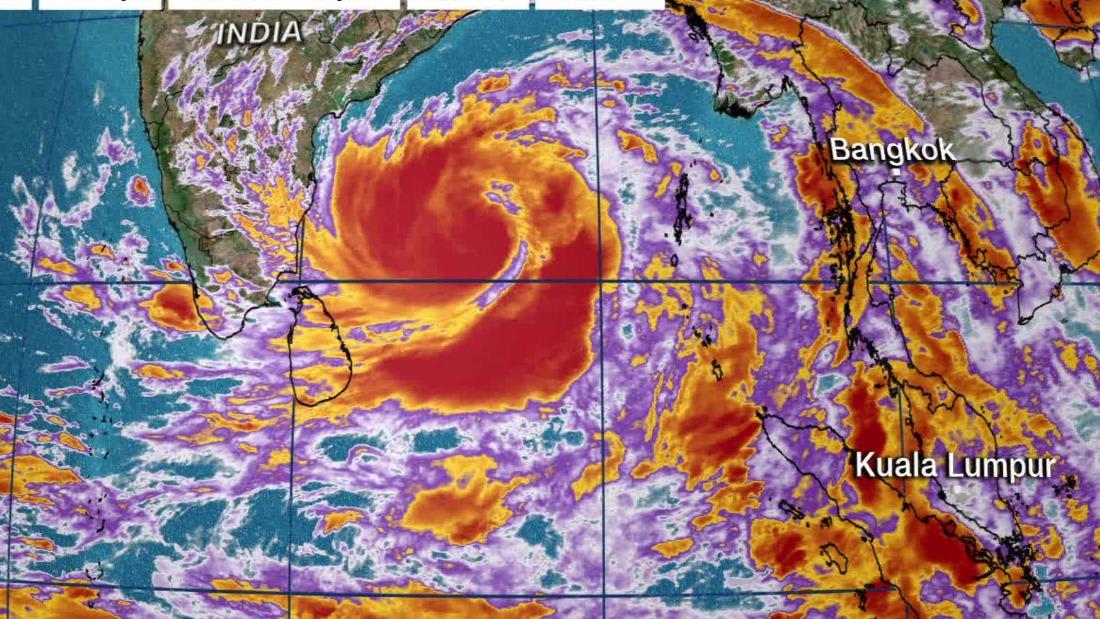 India and Bangladesh are already suffering with coronavirus. Now a super typhoon is heading their way

"No matter how much the business community shouts, it's not time to open up," Bukele said on national radio and television.

The decision was met by fierce backlash from the Legislative Assembly, which was not consulted prior to the announcement. In order to calm the conflict between the President and the legislative and judicial powers, Bukele used the address to call for dialogue on all sides.

Lawmakers, from both left-leaning and right-leaning parties, have come out in opposition to Bukele and have scheduled an extraordinary plenary session later today to vote on a new emergency law, which will include plans to gradually reactivate the economy.

The country has officially recorded more than 1,300 coronavirus cases, including at least 30 deaths, according to Johns Hopkins University.

Governors across the United States are navigating a balancing act as they try to reopen their economies without triggering a second spike of coronavirus cases.

By now, all but two states have loosened restrictions in place to help curb the spread of the virus. Some began allowing limited gatherings, while others have allowed restaurants and some businesses to reopen their doors with caution.

While many parts of the country have expressed hope about their number of cases seemingly slowing, other states have reported hikes.

In Texas: Officials reported the highest single-day increase in new cases over the weekend, but the governor has attributed it to more testing. Restaurants, movie theaters and malls have been open for a little more than two weeks, and the governor is expected to announce the next step in the state's reopening Monday.

In Florida: Health officials reported 777 new coronavirus cases, adding the state's testing also increased in the past week, according to a statement Sunday. On Monday, the state will enter into its first full phase of reopening, which will allow restaurants, retail stores and gyms across Florida to reopen with certain restrictions.

And in California: The state is now in the second of Gov. Gavin Newsom's four reopening phases. Newsom said that while he was empathetic to residents' concerns, he wanted to move forward safely. 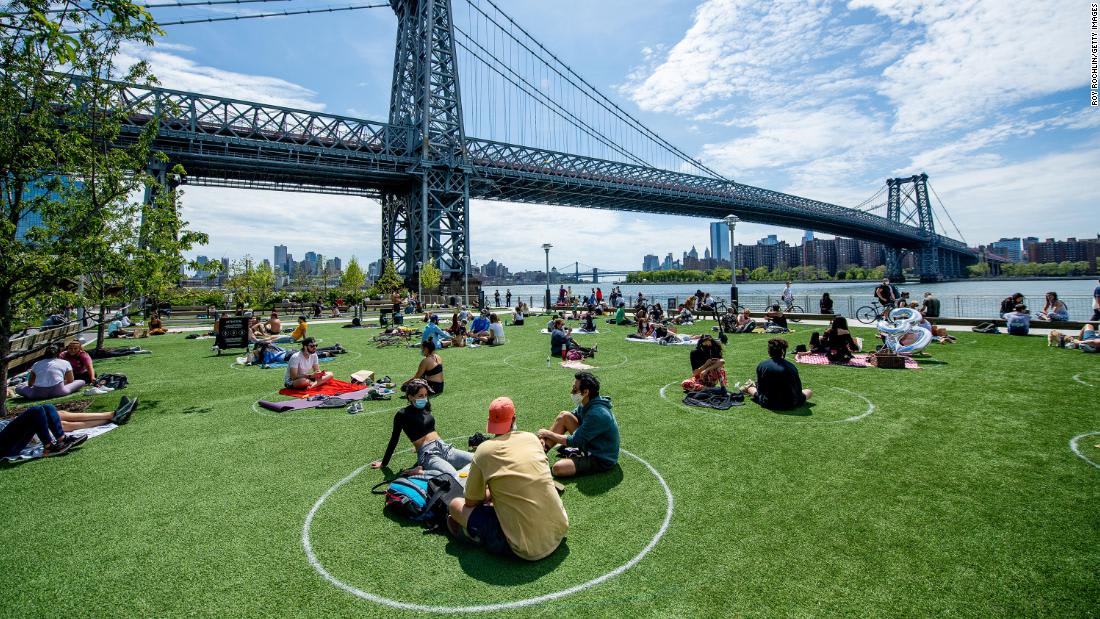 Governors perform balancing act to reopen US as nationwide death toll inches toward 90,000

The novel coronavirus has infected more than 4.7 million people, killing at least 315,000 worldwide. If you're just joining us, here's what you may have missed:

This post was updated to reflect Taiwan's statement on its presence at the WHA.

About 100 countries are backing a resolution at the upcoming World Health Assembly (WHA) calling for an independent inquiry into the coronavirus pandemic.

The wording of the resolution is weak compared to Australia's previous calls for a probe into China's role and responsibility in the origin of the pandemic. This may have been necessary to get a majority of WHO member states to sign on -- particularly those, such as Russia, with traditionally strong ties to Beijing.

But that doesn't mean China's government should rest easy. The potential for an independent probe to turn up damning or embarrassing information is great -- even one not initially tasked with investigating an individual country's response.

Australian government sources told the ABC, the country's public broadcaster, that the resolution's language was sufficiently strong to "ensure that a proper and thorough investigation took place."

Beijing has previously said it would only support an investigation held by the WHO, which has been accused of being overly influenced by China -- a charge top WHO officials refute.

With more countries signing on to the EU resolution as the assembly nears, that may be out of China's hands.

China has been trying to avoid fallout from coronavirus. Now 100 countries are pushing for an investigation

Since its founding in 1977, International Museum Day has been held every May 18 to celebrate museums as valuable spaces for cultural exchange.

This year's festivities will be a little different, however, as the coronavirus continues to shutter many of the world's favorite institutions.

Museums big and small have suffered financial losses due to closures in recent months. New York's Metropolitan Museum of Art predicted losses of nearly $100 million after it closed on March 13, and according to the American Alliance of Museums, across the US, museums are losing at least $33 million a day.

It's not just the US -- museums and galleries all over the world have had to close their doors.

But museums are slowly reopening, in Europe and Asia especially. Since mid-March, exhibitions in China, Germany, South Korea and Switzerland have started welcoming visitors, many of whom must adhere to new rules on temperature checks and social distancing.

Here's a running list of some of the museums that have reopened -- or have announced they will soon: 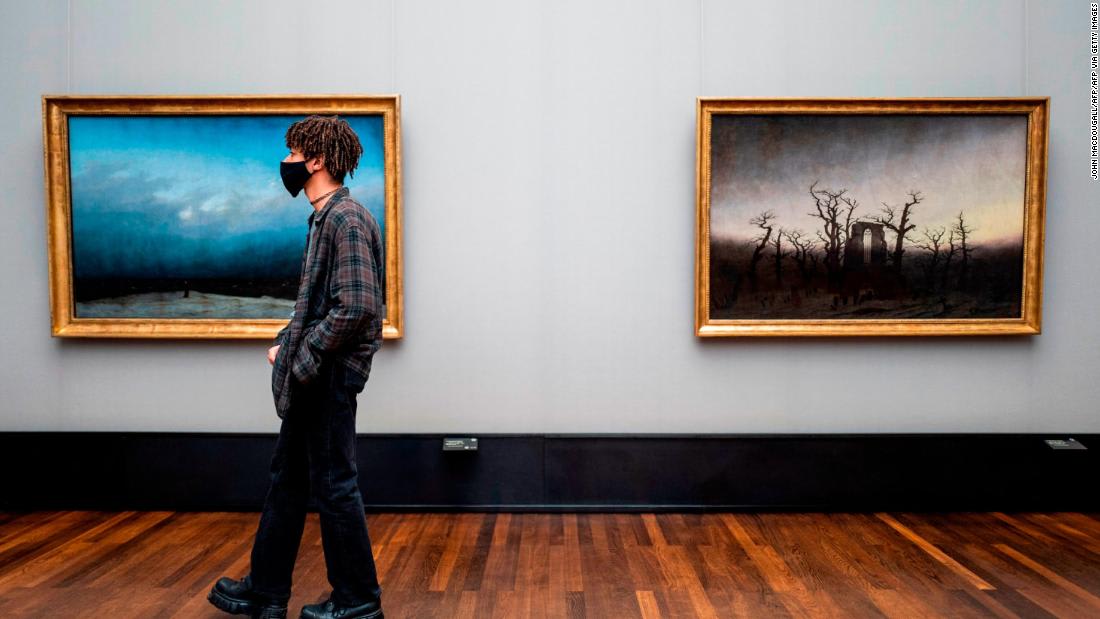 International Museum Day: Which museums around the world have reopened?

Two of US President Donald Trump's top officials are now pointing the finger at the administration's own scientists and Americans' pre-existing health conditions to explain the country's world-leading Covid-19 death toll.

Health and Human Services Secretary Alex Azar suggested Sunday that underlying health conditions, including among minorities, were one reason for the high American death toll -- nearly 90,000 as of Sunday evening. And Trump trade adviser Peter Navarro added the government's own Centers for Disease Control and Prevention to its list of scapegoats alongside China and the Obama administration.

The White House has been escalating its effort to recast the narrative of its own chaotic response to the crisis as it aggressively pushes to reopen the country, a process vital to the fortunes of millions of people who have lost their jobs in lockdowns and its own political prospects in November.

The effort follows Trump's repeated early denials that the virus would be a problem for the United States and claims that his administration had it under control months ago.

The US accounts for about 4.25% of the world's population, but currently has about 29% of the confirmed deaths from the disease, and models used by the White House suggest the tragic toll could rise to around 147,000 by early August. 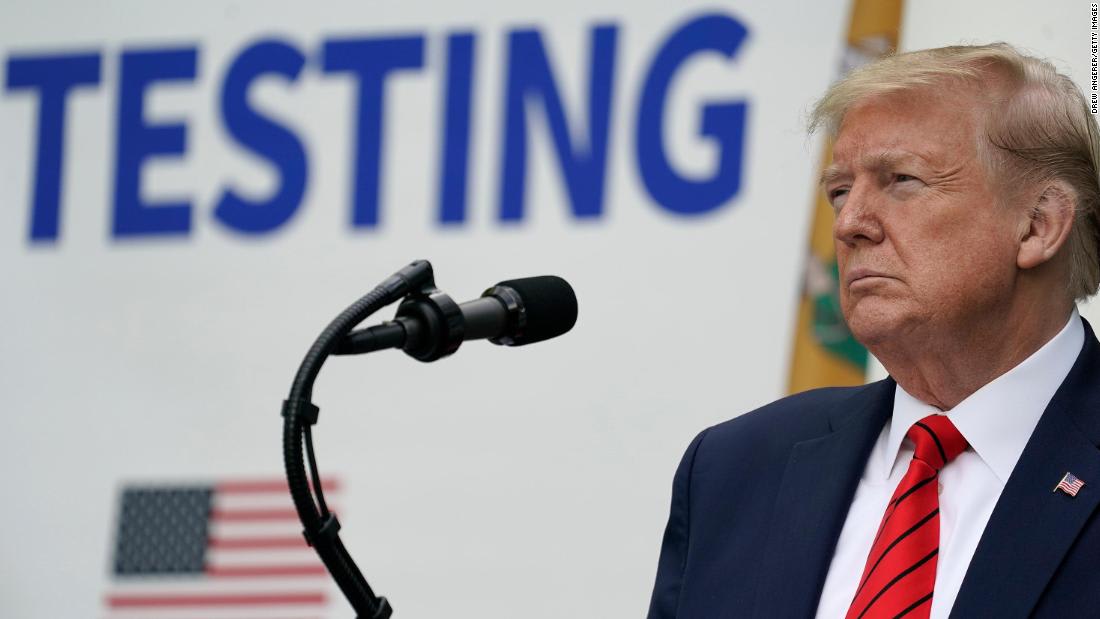 Images show people enjoying the sun in parks and beaches in many European countries over the weekend, as coronavirus restrictions begin to ease.

In France, people sat in front of the Eiffel Tower and gathered on the grass at the Vincennes woods on the first weekend after lockdown measures were loosened on May 11.

In Germany, a group of people joined a yoga class in Berlin's Tempelhofer Feld on the first weekend people were allowed to gather in groups of eight people to practice sports, according to Getty Images.

In Greece, people flocked to public beaches after many were reopened to the public. Social distancing measures required all shade umbrellas to be planted at least 4 meters (13 feet) apart, and a maximum 40 beachgoers allowed in every 1,000 square meters (10,700 square feet) of beach.

In the UK, queues of cars could be seen parked near natural beauty spots as people were allowed to spend more time outside and drive longer distances. Officials had warned against flocking to parks and beaches.