At least 20,260 new coronavirus cases and 1,574 Covid-19-related deaths were reported in the United States on Tuesday, according to Johns Hopkins University.

The University of Cambridge is moving all classes online for the upcoming academic year, until the summer of 2021, the university announced on Tuesday, according to the UK Press Association.

Cambridge is the first British university to announce virtual teaching for the 2020-21 academic year.

"The University is constantly adapting to changing advice as it emerges during this pandemic. Given that it is likely that social distancing will continue to be required, the university has decided there will be no face-to-face lectures during the next academic year," a university spokesman told PA.

In-person lectures are expected to resume again after summer 2021, but smaller face-to-face teaching groups may take place earlier if it "conforms to social-distancing requirements," the spokesman said.

Kids who may have multisystem inflammatory syndrome in children, or MIS-C, a troubling complication of Covid-19 infection, need immediate attention and will probably need to be hospitalized, doctors said Tuesday.

It's becoming clear that many of the children with the new syndrome have damage to their hearts and need immediate treatment, the doctors said during a meeting organized by the US Centers for Disease Control and Prevention.

The doctors said they believe it's increasingly clear that Covid-19 is involved, even though many of the children test negative for the virus at first and never seemed to have had symptoms of infection.

What we know: The syndrome appears to develop two to six weeks after infection with Covid-19 and affects mostly children who were perfectly healthy beforehand.

Symptoms do not look like the classic symptoms of coronavirus and may mostly include stomach pain and vomiting, along with fever and perhaps a rash, the experts said.

The CDC issued a health alert last week warning pediatricians to be on the lookout, and at least 20 states plus Washington, DC have reported they are investigating possible cases. 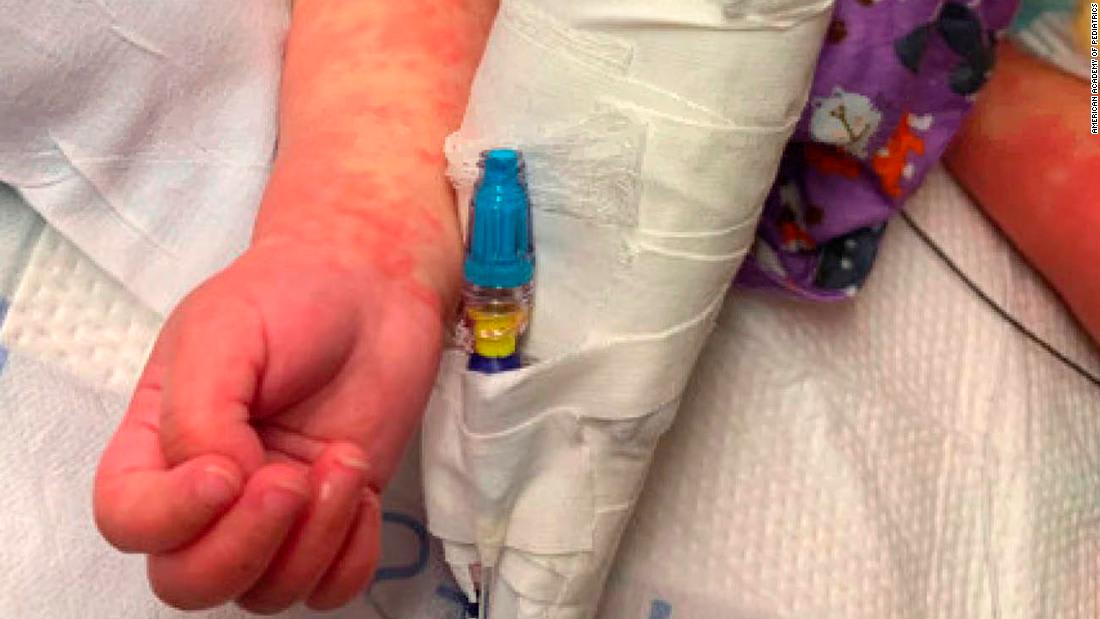 Colombia is extending its quarantine measures until May 31, President Iván Duque Márquez announced on Tuesday.

After these measures expire, a new phase will begin in which Colombians live in coexistence with the virus, the President said.

However, borders and transportation will remain shut down until the end of June, while restaurants, bars, and schools will stay closed until August, Duque said.

Colombia has confirmed 16,935 cases of the novel coronavirus and 613 related deaths, according to Johns Hopkins University.

Of the new cases, one was imported and four were local infections detected in Jilin, a northeastern province where several new local transmissions have raised fears of a second wave.

Three new suspected cases were also reported -- two imported, and one from Shanghai.

Mainland China has now officially reported 82,965 confirmed cases. Of these, 78,244 have recovered and been discharged, leaving only 87 active cases, according to the NHC.

There are also 368 "asymptomatic patients" under medical observation; these are counted separately from the symptomatic confirmed cases.

The US Centers for Disease Control and Prevention has posted 60 pages of detailed guidelines to reopen the country on its agency website.

The guidance was a slightly shorter version of a 68-page document shelved by the White House last week after concerns that it was too specific.

The latest CDC document is still very descriptive, providing a detailed road map for schools, restaurants, transit and child-care facilities on the categories to consider before reopening.

CNN previously reported one of the main holdups for getting the CDC documents published was because the HHS Office of Civil Rights Division felt that faith-based organizations were being unfairly targeted.

Three phases to reopen: The guidelines lay out a three-phased approach for reopening, and offered six "gating" indicators for local or state authorities to decide when it was time to move onto the next phase. 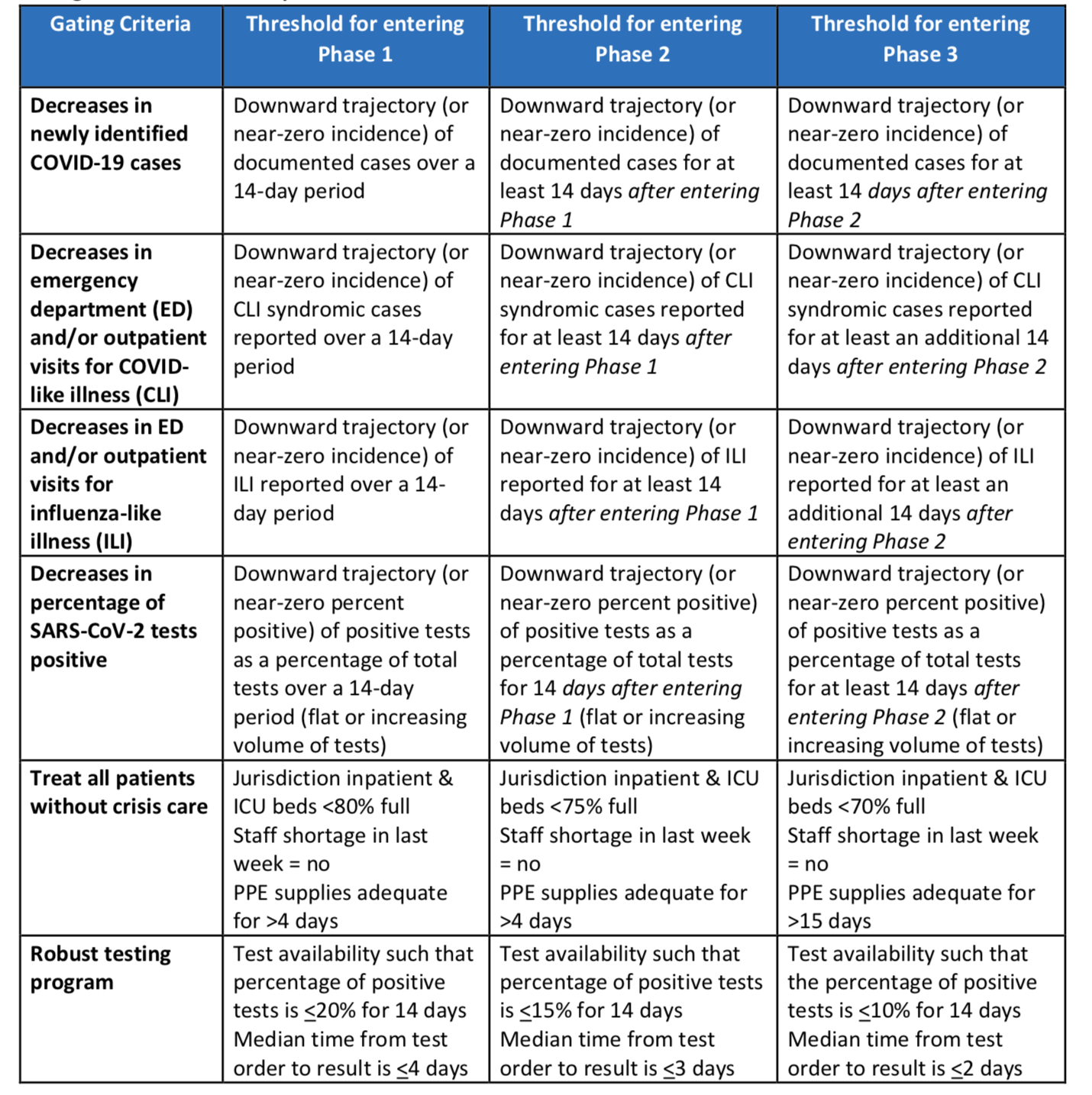 The United States has recorded at least 1,527,355 cases of coronavirus and 91,872 related deaths, according to data compiled by Johns Hopkins University.

US President Donald Trump said today that he is considering a travel ban on Latin America and called the high number of US Covid-19 cases a “badge of honor” because it means the country is testing more people.

“We are considering it,” the President said when asked if he was considering a travel ban on Latin America, and Brazil in particular, which now has the third highest number of diagnosed coronavirus cases in the world.

“We hope that we’re not going to have a problem. The governor of Florida is doing very, very well testing -- in particular Florida, because a big majority come in to Florida. Brazil has gone more or less herd, and they’re having problems," Trump added.

“By the way,” the President interjected, “when you say that we lead in cases, that’s because we have more testing than anybody else.”

“Actually the number of cases, and we’re also a much bigger country than most, so when we have a lot of cases, I don’t look at that as a bad thing, I look at that as, in a certain respect, as a good thing, because it means our testing is better,” he said.

US President Donald Trump on Tuesday defended his use of hydroxychloroquine -- a drug that is unproven to prevent coronavirus -- and called research warning of its risks a “phony study.”

Trump particularly bashed a US study of patients he claimed were too sick and old.

“There was a false study done -- they gave to sick people,” Trump said, adding it was given to people who “were ready to die" from old age or heart problems.

Trump claimed that the study was conducted by the Department of Veterans Affairs. It was in fact funded by the National Institutes of Health and the University of Virginia but conducted in VA hospitals.

Veterans Affairs Secretary Robert Wilkie did make the distinction in the cabinet meeting; however, he also promoted the drug and said it’s been used by the VA in large quantities for many health issues.

“I want to clear up something … that was not a VA study,” Wilkie told reporters. “Researchers took VA numbers and they did not clinically review them, they were not peer reviewed. They did not even look at what the President just mentioned the various comorbidities.”

What other studies say: The research Trump was alluding to is not the only study of its kind warning of the risks of hydroxychloroquine.

The Journal of the American Medical Association published a new study last week, the largest of its kind, that shows that hydroxychloroquine does not work against Covid-19 and could cause heart problems. That follows another study in the New England Journal of Medicine showing similar results.

What Trump says: Trump claimed that the drug “doesn’t seem to have any impact” on him, saying "it is has gotten tremendous reviews.”

“It’s gotten a bad reputation only because I’m promoting it,” Trump told reporters, adding, “If anyone else was promoting it, they’d say this is the greatest thing ever.”