The receptors that let the coronavirus into our cells appear to be less common in children's noses -- which may be why kids are less likely to get sick with the virus, according to a new study.

The receptor is a kind of molecular doorway into cells called ACE2. The study, which looked at samples from more than 300 people between the ages of 4 and 60, found that older adults had more active receptors in their nose, while children under 10 had less.

“Lower ACE2 expression in children relative to adults may help explain why Covid-19 is less prevalent in children,” wrote researchers from the Icahn School of Medicine at Mount Sinai in the Journal of the American Medical Association.

Their research only looked at the cells that line the inside of the nose, which they described as the “first point of contact for (the novel coronavirus) and the human body.”

However, the receptor in other places like the respiratory tract could have different effects -- perhaps even protecting against disease. The new study didn’t look for the receptors there or elsewhere in the body.

China's biggest political gathering of the year is finally taking place after a two-month delay. At the top of the agenda: how to tackle the country's biggest economic challenge in decades.

One of the most pressing issues Beijing policymakers face is how to create jobs for tens of millions of people who have been left unemployed after the coronavirus all but shut down China for several weeks.

This year's "Two Sessions" meeting kicks off Thursday with a gathering of top political advisers to the ruling Communist Party. Then on Friday, the National People's Congress -- the country's rubber-stamp parliament -- will meet. Premier Li Keqiang is also expected to set out some economic goals for 2020, as well as policies needed to achieve them.

Creating jobs has a lot of political significance for China's Communist Party leaders, who see employment as key to ensuring social stability. Some experts estimate that roughly 80 million people could already be out of work in the country, equivalent to nearly double the official rate of unemployment.

The government could take several approaches to dealing with that issue, as well as work toward its goal of eliminating poverty by the end of 2020. For example, major national projects, such as plans to build new roads or railways, could prioritize employing the poor, according to economists at BNP Paribas. 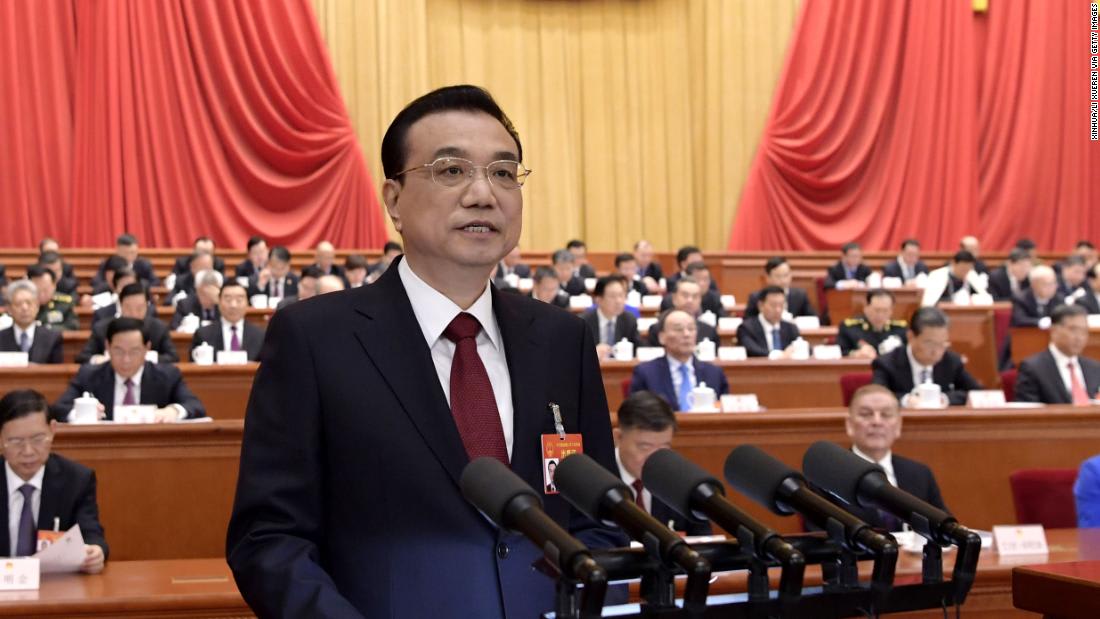 Beijing needs to create jobs fast. Here's what it could do

Pakistan's coronavirus death toll has passed the 1,000 mark, according to the country's health ministry.

The country has now recorded at least 48,091 confirmed cases and 1,017 deaths, the ministry said.

Pakistan reported its first Covid-19 death on March 18, and implemented a nationwide lockdown soon after.

It was eased earlier this month, with restrictions lifting in several phases. Though some shops and manufacturers have already resumed business, all schools remain closed until July 15.

"We are doing this because the people of our country our suffering economically," said Prime Minister Imran Khan when announcing the measures would be lifted.

In South Korea, 201 coronavirus cases have now been linked to a nightclub cluster in the capital Seoul, health officials said today.

The cluster, which was identified on May 9, has been traced to the entertainment district of Itaewon.

After cases began emerging, authorities used credit card records, cell phone data, and other methods to identify people who had visited the affected area. Tens of thousands of people have now been tested in relation to the cluster.

The cluster is sparking other closures. A patient linked to the cluster used a coin-operated karaoke room in the city of Incheon. Two high school students then used that room, contracted the virus and passed it onto their families, said health official Yoon Tae-ho.

Incheon is now closing all such coin-operated karaoke rooms.

A total of 66 Incheon high schools closed yesterday, and will conduct classes online while authorities carry out epidemiological studies.

Meanwhile, in the southern city of Daegu, a high school sent all students home and closed after a student tested positive for the virus this morning, said an official at the Daegu Metropolitan Office of Education.

In February, when South Korea's case numbers exploded, Daegu was at the heart of the country's outbreak. Many of the cases were linked to the Shincheonji religious group, a branch of which was based in the city.

If the United States had implemented social distancing policies just a week sooner, it could have prevented more than half the number of coronavirus deaths and infections, according to new research from Columbia University.

And if the country had locked down two weeks earlier than it did, it could have prevented 84% of deaths and 82% of cases, said the the research team, led by epidemiologist Jeffrey Shaman.

“Our findings underscore the importance of early intervention and aggressive response in controlling the Covid-19 pandemic,” the researchers wrote in the report, published online in the pre-print server MedRxiv.

Their findings have not been reviewed by other experts for accuracy.

The US timeline: The first US case was reported at the end of January. It wasn’t until mid-March that the Trump administration urged Americans to avoid groups and limit travel. That’s also when cities like New York started to close schools.

The study used epidemiologic modeling to gauge transmission rates from March 15 to May 3 and determine the impact social distancing could have.

The first days were crucial. “During the initial growth of a pandemic, infections increase exponentially. As a consequence, early intervention and fast response are critical,” the researchers wrote.

But they admitted it’s also true that they could not account for how people would have responded to earlier policies.

“Public compliance with social distancing rules may also lag due to sub-optimal awareness of infection risk,” they said.

All 50 states are now in some stage of reopening. If local leaders detect a growth in new cases, they should respond quickly, the Columbia team said -- a longer response time results in a stronger rebound of infections and death.

The United States recorded 23,285 new cases of coronavirus and 1,518 related deaths on Wednesday, according to Johns Hopkins University.

Check out CNN's live tracker of US cases here:

Before the coronavirus pandemic hit, India and China were positioning themselves as global climate leaders.

While virus lockdowns have provided temporary blue skies from New Delhi to Beijing, and beyond, as China and India prepare to resuscitate their economies experts warn doing so without environmental regard could wind back their previous good work on climate. 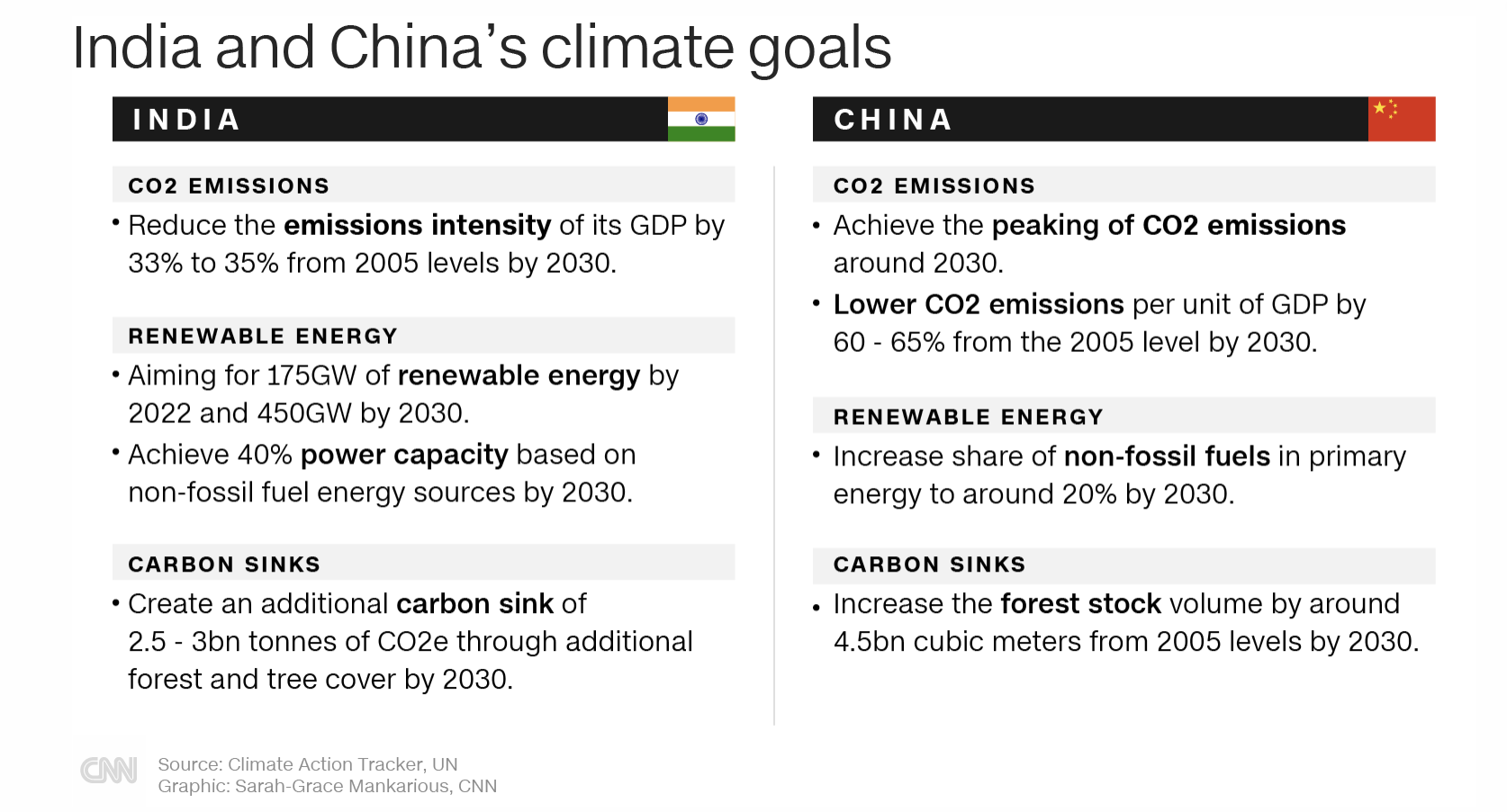 That could have devastating effects on the health on billions of people. Air pollution already kills 7 million of us every year, damages our children's health and development, causes serious breathing and lung problems, and even affects babies in the womb.

Now climate experts are demanding countries use this recovery period to enact policies that reduce emissions and invest in renewable energy and climate-resilient infrastructure. That, they say, will create jobs, be better for the economy in the long term and, crucially, save lives.

"The recovery packages can either kill these two birds with one stone -- setting the global economy on a pathway towards net-zero emissions -- or lock us into a fossil system from which it will be nearly impossible to escape," they wrote earlier this month in the Oxford Review of Economic Policy. 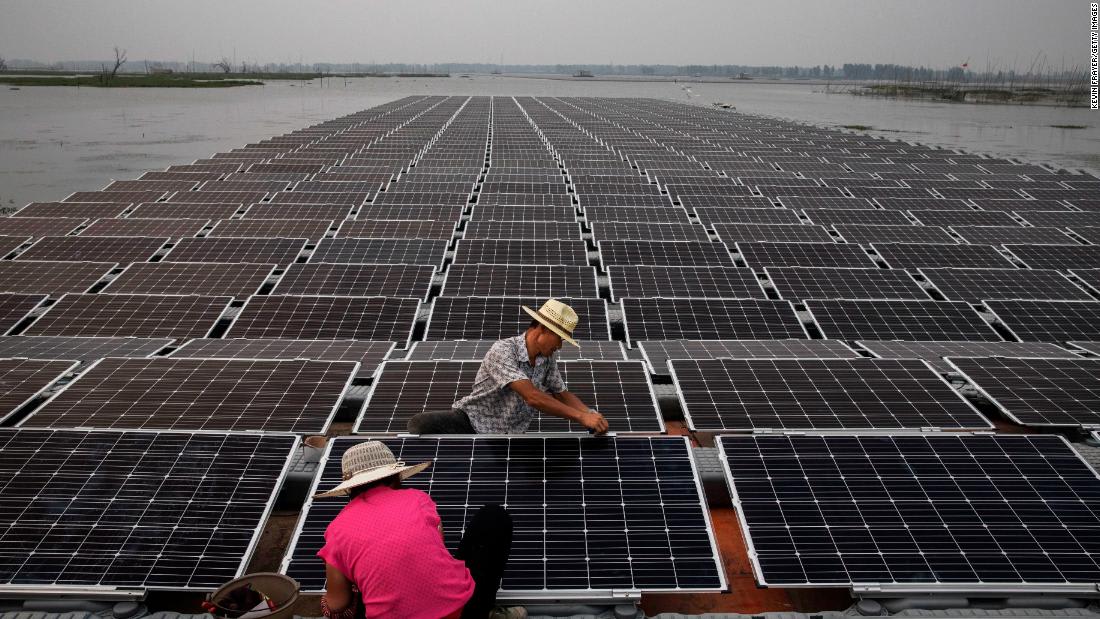 US President Donald Trump took to Twitter again tonight to criticize China's response to the coronavirus outbreak, saying, "It all comes from the top."

This is as far as he’s gone in calling out Chinese President Xi Jinping, although Trump still isn’t naming the Chinese leader directly.

"They could have easily stopped the plague, but they didn't," the tweet said.

Trump then goes on to more familiar claims that China wants presumptive Democratic presidential nominee Joe Biden to win the 2020 US election because he wouldn’t be as tough as him on Beijing.