The coronavirus epidemic is far from over in the United States, with just 4% of Americans having been infected, according to a team of disease modelers at London's Imperial College in the United Kingdom.

Even in the worst affected states, less than a quarter of the population has been infected, they wrote in a report, which was posted on the university's website.

In New York, about 16.6% of people have been infected, compared to about 1% in California and less than 1% in Maine, the researchers said.

“Our estimates suggest that the epidemic is not under control in much of the US,” they wrote, adding that "caution must be taken in loosening current restrictions if effective additional measures are not put in place.”

“We predict that deaths over the next two-month period could exceed current cumulative deaths by greater than two-fold,” they added.

Only a few states appear to have epidemics under control. The researchers measured this by looking at the virus' reproduction rate -- a rate of 1 means each infected person is only transmitting the virus to one other person. The higher the rate, the more people are getting infected.

The states that have a rate of less than 1 include Montana, Hawaii, Wyoming, Alaska, West Virginia, Vermont, Idaho, North Dakota and Maine.

States with the highest reproductions rates are Colorado, Arizona, Texas, Minnesota, Iowa, Illinois and Ohio, according to the researchers.

The novel coronavirus has infected at least 5.1 million people worldwide, killing nearly 333,000. If you're just joining us now, here are the latest developments on the pandemic:

At least 25,294 new coronavirus cases and 1,263 related deaths were reported in the United States on Thursday, according to Johns Hopkins University.

China begins its most important political event of the year today, following a two-month delay due to the novel coronavirus outbreak.

The National People's Congress (NPC) will give Chinese leaders an opportunity to highlight their success in containing the virus and underscore the leadership of the Chinese Communist Party, as it faces a growing international backlash over its initial handling of the crisis.

The annual gatherings will also reveal Beijing's plans for how to revive an economy battered by the pandemic, which has led to the country's first economic contraction after decades of continuous growth.

A new normal: Like everything else disrupted by the pandemic, this year's NPC meetings will not be the same as usual. Still cautious about a potential second wave of coronavirus infections, the Chinese government is not taking preventive measures lightly.

At the opening ceremony on Friday morning, all delegates donned face masks, except more than two dozen senior leaders sitting in the front two rows on stage -- including Chinese President Xi Jinping and Premier Li Keqiang.

The congress will be truncated to just a week -- about half of the usual duration. There will also be fewer news conferences, all of which will be held online via videoconferencing.

Only a select group of reporters will be allowed to cover the opening and closing ceremonies -- after they pass coronavirus tests. But even for them, no public interviews will be allowed. 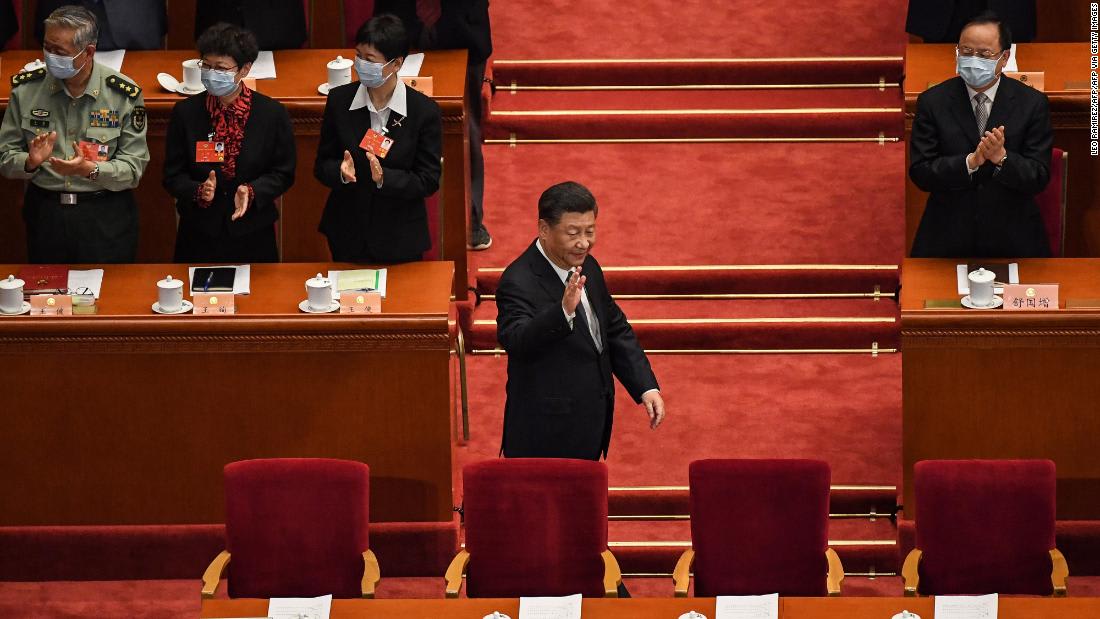 Nightclub cluster: Authorities have been working for the past two weeks to respond to a new cluster in Seoul's nightlife district of Itaewon.

After cases began emerging in early May, authorities used credit card records and cell phone data to track down, test, and quarantine people who may have been in the area.

So far, 207 cases have been linked to the cluster, and more than 77,000 related tests have been conducted, Vice Health Minister Kim Gang-lip said today.

China will not set a specific target for economic growth this year, said Chinese Premier Li Keqiang at the 13th National People's Congress in Beijing.

The decision not to set a target is "because our country will face some factors that are difficult to predict in its development due to the great uncertainty regarding the Covid-19 pandemic and the world economic and trade environment," said Li, the country's second-in-command.

Not setting a specific target for economic growth would enable the government to focus more on achieving stability and security, he said.

Li added that China is expected to face great uncertain economic challenges following the pandemic, and that coronavirus was "the fastest spreading, most extensive, and most challenging public health emergency China has encountered since the founding of the People's Republic."

Some context: The world's second largest economy has taken a huge hit from the virus, as lockdown measures brought much of the country to a halt from late January to March.

China's gross domestic product shrunk 6.8% in the first quarter this year -- the worst plunge since quarterly records began in 1992.

The Chinese Communist Party has pledged to double the size of the economy from 2010 by the end of 2020 -- a goal that could be difficult to reach in the fallout of the pandemic, as growth had already slowed due to a prolonged trade war with the United States.

Xi was seen leading attendees of the NPC in a minute's silence for people who died from coronavirus.

This year's session was postponed for more than two months due to the pandemic.

NPC members were tested for the virus before the event and the leadership were not seen wearing masks in Beijing today.

Some context: The highly choreographed gatherings of the parliament and its advisory body have for decades been China's most important annual political event, and an important stage of political performance.

This year, the session gives the country's leaders an opportunity to highlight their success in containing the virus and underscore the leadership of the Chinese Communist Party, as well as lay out plans to revive the battered economy.

The 2,973 new cases raise the national total to 59,567 -- the third-highest in Latin America behind Brazil and Peru.

Mexicans will need to observe social distancing guidelines and stay home until at least May 31, when some parts of the economy will slowly reopen, said Deputy Health Secretary Hugo López-Gatell, the epidemiologist leading the government’s Covid-19 response.

He specifically pointed to the state of Tabasco on Thursday, which recently experienced a surge in cases after some social distancing guidelines were relaxed in early May.

The US Centers for Disease Control and Prevention posted new guidance on its website that estimates that about a third of coronavirus infections are asymptomatic.

The agency also says its “best estimate” is that 0.4% of people who show symptoms and have Covid-19 will die, and it estimates that 40% of coronavirus transmission is occurring before people feel sick.

In that scenario, the agency describes its estimate that 0.4% of people who feel sick with Covid-19 will die. For people age 65 and older, the CDC puts that number at 1.3%. For people 49 and under, the agency says 0.05% of symptomatic people will die. It assumes that people without symptoms are every bit as infectious as those with symptoms.

The agency also estimates that 3.4% of symptomatic people with Covid-19 will require hospitalization, with that number rising to 7.4% in people 65 and older.

“The scenarios are intended to advance public health preparedness and planning.  They are not predictions or estimates of the expected impact of COVID-19,” the CDC says.

The agency also notes that its numbers could change as more is learned about Covid-19, and says they do not “reflect the impact of any behavioral changes, social distancing, or other interventions.” That would be relevant for some of the agency’s estimates, such as how many infections stem from each case.

With those caveats, the CDC said the new numbers are based on real data received before April 29. The CDC characterized them as preliminary estimates from federal agencies, including the CDC and the HHS Office of the Assistant Secretary for Preparedness and Response.