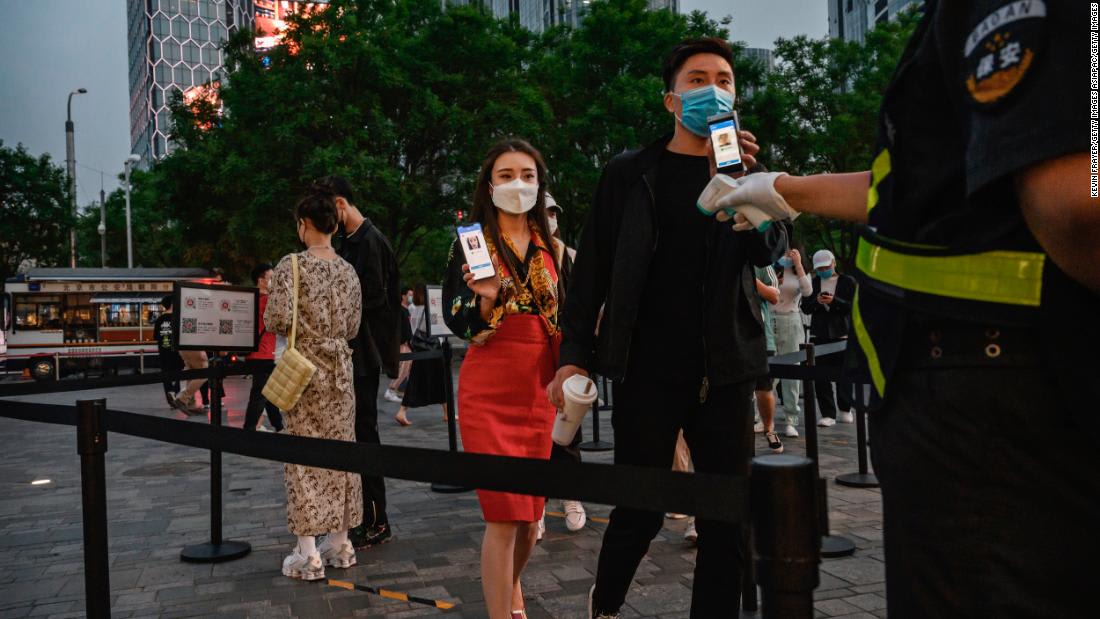 Singapore reported 344 new Covid-19 cases on Monday -- all but six of which were located in foreign worker dormitories.

The government said in a statement that 99% of those cases are linked to known clusters.

Singapore initially appeared to have the pandemic under control, but a dramatic spike in cases among the city's foreign workers -- who live in small, cramped spaces where it is easy for the virus to spread -- forced authorities in the city-state to take drastic measures.

Singapore is home to about 1.4 million migrant workers who come largely from South and Southeast Asia. As housekeepers, domestic helpers, construction workers and manual laborers, these migrants are essential to keeping Singapore functioning -- but are also some of the lowest paid and most vulnerable people in the city.

The rate of infection among migrant workers appears to have slowed in recent days, and more appear to be recovering.

The numbers: Singapore has confirmed 31,960 Covid-19 cases and 23 virus-related deaths, according to Johns Hopkins University. The government said Tuesday that 862 more patients were discharged from medical facilities, and that 15,738 have recovered.

Eight Covid-19 patients are in critical condition in ICUs, while upwards of 607 that are still in hospital are either stable or improving. The government said 15,592 patients who either have mild symptoms or are clinically well but still testing positive are being isolated.

Read more about the outbreak in the city's dormitories here: 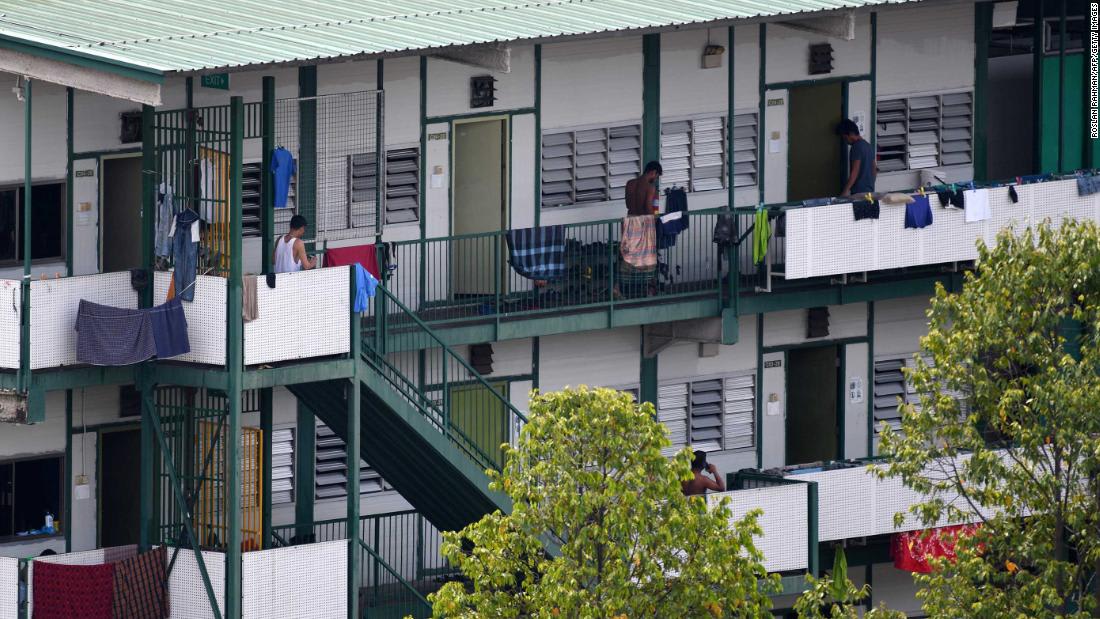 To further protect the crew of Space X’s first astronaut launch from any potential Covid-19 exposure, the company and NASA set up a three-week “ultimate quarantine” -- and outfitted them “looking like ninjas,” a mission official said Monday.

SpaceX’s Crew Dragon Demo-2 mission is a flight test with crew, prior to certification of systems by NASA for operational missions to the International Space Station.

“Making sure that the crew is healthy and isn't going to be bringing potential virus or anything up to the crew on station... this is a very serious process that people go through,” Kathy Lueders, manager of NASA's commercial crew program, told reporters during a teleconference.

SpaceX’s Crew Dragon Demo-2 mission is a flight test with crew, prior to certification of systems by NASA for operational missions to the International Space Station, the space agency said.

“They're like doing the ultimate quarantine... They and all the people that have been interacting with them and working with them are suited and checked and tested and to make sure that Bob and Doug are going up to station safe... They look like ninjas."

UK Prime Minister Boris Johnson’s top adviser, Dominic Cummings, has defended his actions after receiving widespread criticism for traveling more than 250 miles (402 kilometers) from his London home during the nationwide coronavirus lockdown, telling reporters on Monday that he traveled to Durham to ensure the welfare of his child.

“I thought, and I think today, that the rules, including those regarding small children and extreme circumstances, allowed me to exercise my judgment about the situation I found myself in,” Cummings said during the televised briefing.

“I can understand that some people will argue that I should have stayed at my home in London throughout. I understand these views, I know the intense hardship and sacrifice the entire country has had to go through, however I respectfully disagree.”

Cummings also told reporters that he believes his actions were “reasonable in these circumstances,” detailing the series of events which preceded his decision to leave London.

“I was worried that if both my wife and I were seriously ill, possibly hospitalized, there is nobody in London that we could reasonably ask to look after our child and expose themselves to Covid,” the Prime Minister’s adviser said.

“I don’t regret what I did…I think what I did was actually reasonable in these circumstances.”

Some context: Following an investigation by the Mirror and Guardian newspapers, Cummings was revealed to have traveled to Durham – more than 250 miles from his home in London – during the lockdown, despite his wife having developed symptoms of coronavirus.

While Johnson has offered his support for Cummings, saying on Sunday that he believes his adviser acted “responsibly, legally and with integrity,” Cummings confirmed on Monday that he did not inform the Prime Minister of his decision prior to leaving for Durham.

“I did not ask the Prime Minister about this decision. He was ill himself, and he had huge problems to deal with…I thought that I would speak to him when the situation clarified over coming days,” Cummings said.

“Arguably this was a mistake and I understand that some will say that I should have spoken to the Prime Minister before deciding what to do."

President Donald Trump has issued a proclamation suspending entry into the US for any individual who has been in Brazil within 14 days immediately preceding their arrival.

It's aimed at limiting the spread of coronavirus coming into the US from Brazil, the country with the second-most cases worldwide, according to Johns Hopkins University. 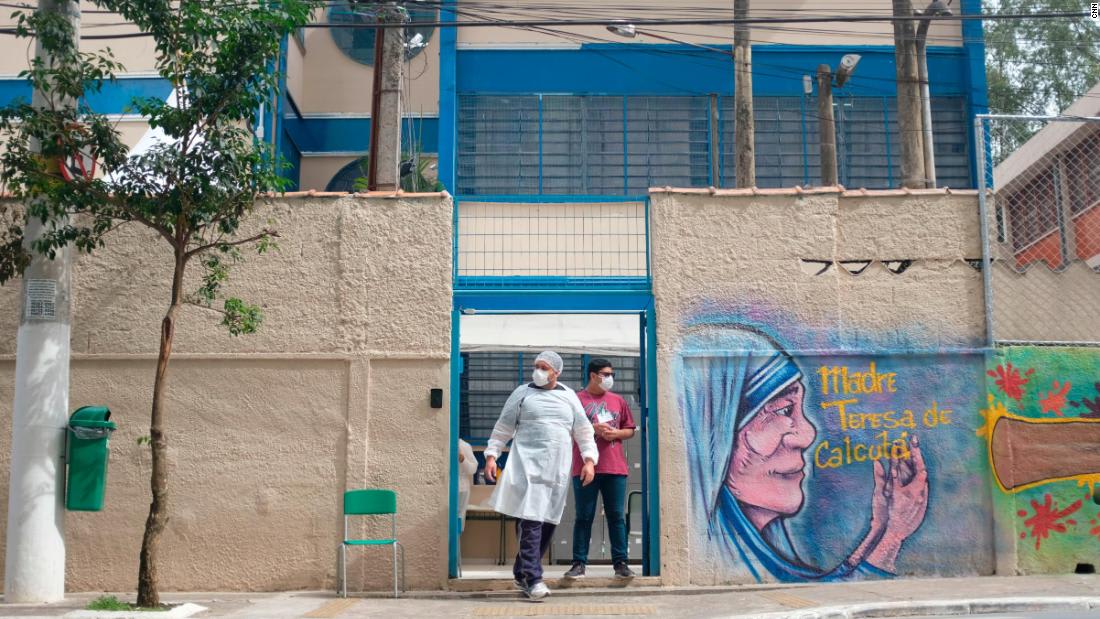