“The UK government’s advice may have shifted to ‘stay alert’, but it’s the ‘stay at home’ message that the public are continuing to follow," Professor Bobby Duffy, Director of the Policy Institute at King’s College London, said.

These numbers show "the seriousness with which the public are still treating the Covid-19 crisis," Duffy said.

More people are also wearing face masks, according to the study which showed that the number of people wearing them has doubled from six weeks ago.

"Compared with six weeks ago, compliance remains very high and virtually unchanged" for measures such as social distancing and hand washing, the study said.

Some context: Prime Minister Johnson said on Thursday that Britain will begin lifting restrictions starting Monday in a phased approach.

The relaxation comes after the death rate in the UK has fallen consistently. From a peak of 943 deaths on April 14, the UK announced 256 coronavirus-related deaths on Thursday -- a significant but diminishing toll.

Watch all the highlights here: 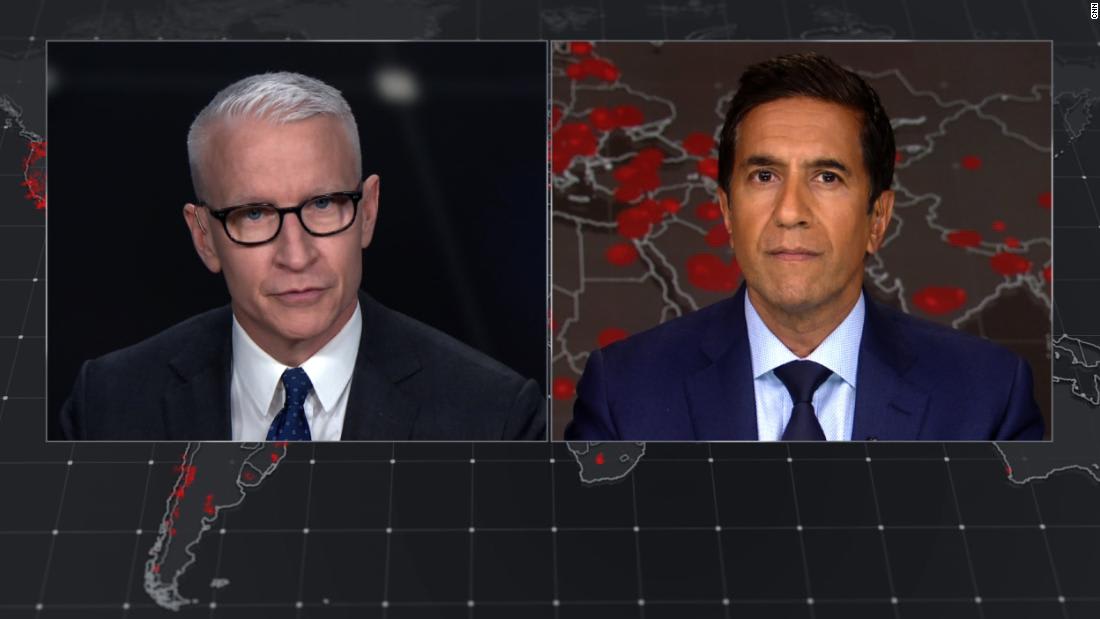 The WHO is keeping a close eye on very large increases in case numbers in Russia, Africa, the Americas, some countries in South Asia and a few countries in Europe, said Maria Van Kerkhove, technical lead for the WHO’s coronavirus response.

She said she hopes a vaccine could be deployable by the end of the year -- but that’s if everything goes right. Scientists are working around the clock on more than 100 vaccine candidates, she said, but the accelerated schedule cannot compromise on safety or efficacy.

The least predictable aspect of the pandemic is exactly how unprepared we are to deal with it, said author David Quammen on CNN’s Global Town Hall Thursday.

“The science was there. The scientists knew about this,” said Quammen, who wrote "Spillover: Animal Infections and the Next Human Pandemic."

"For years, infectious disease specialists have been warning countries that they need to prepare, but political leaders don’t want to spend the money to prepare for a pandemic if it is not likely going to happen during their term in office," he said.

But billions of dollars are nothing compared to the toll of the pandemic, he said.

The threat of wild animals: The world also needs to protect the environment much better, he said. The world’s hunger for meat, timber and minerals has disrupted the Earth’s wild ecosystems putting us all in danger.

“As we do that, we’re coming in contact with all these wild animals that carry all these viruses and as long as we keep doing that, we’re going to be facing these spillovers in these outbreaks in the future,” Quammen said.

Brazil reported 26,417 new cases of the novel coronavirus on Thursday, a record high for the country, bringing the nationwide total to 438,238, according to the Brazilian Health Ministry.

The country also recorded 1,156 new coronavirus-related deaths over the past 24 hours, according to its health ministry, raising the overall death toll to 26,754.

Thursday is the third day in a row that Brazil has recorded more than 1,000 deaths in a day.

The mayor of Sao Paulo announced new guidelines on Thursday to gradually reopen the city, despite high levels of infections and deaths related to Covid-19.

Mayor Bruno Covas said during a news conference today that several sectors in the city will be allowed to submit health and sanitary reopening plans to officials starting on Monday.

Once these plans are approved by the city government, they can reopen.

Among the businesses allowed to submit reopening plans are offices, retail stores, car dealerships, real estate agencies and shopping malls. Food courts and gyms are excluded. There is no outlook yet for the reopening of schools or parks.

This comes as experts warn Latin America is the new global epicenter of the pandemic. Brazil surpassed Russia over the weekend in the number of coronavirus infections and is now the second highest in the world.

ICU beds in Sao Paulo are at a 92% occupancy, the mayor said on Thursday. He added more ICU beds have been brought in and more are on their way, but the number of ICU bed occupied is slightly higher than it was two weeks ago.

On Wednesday, Sao Paulo reported 129 new deaths and 3,096 new confirmed cases, which accounts for 15% of all the new cases in Brazil. The city has recorded a total number of 54,948 Covid-19 cases.

At the start of this week, just over half of the population was still on the more restrictive phase one.

Parts of the regions of Castilla, Valencia, Catalonia, Murcia, Andalucia and Castilla and Leon will move to phase two, which allows meetings of up to 15 people who don't live together, some restaurant service indoors, and the opening of stores, cinemas and museums but with occupancy limits.

Four small islands in Spain's Balearic and Canary Islands with small populations and low infection risk will advance to phase three, with further restrictions on movement and gatherings eased.

"The data is good, we are in a good way, but I have to insist: it's very important to know this is a very complex phase and to maintain an attitude of individual responsibility because a mistake can put at risk everything we've done so far," Illa added.

The Madrid region, which includes Spain’s capital and surrounding cities, will remain in phase one without any changes, the health officials explained.

"All of this evolution is due to the effort made by the population and the health system to control this epidemic," said Dr. Fernando Simón, Spain’s director of the Center for Health Emergencies.

Simón also told reporters that "small re-emergences" have been identified very quickly and are being closely monitored by local authorities to "avoid a new outbreak and maintain this favorable tendency."