At least 20,461 new Covid-19 cases and 1,015 deaths were reported in the United States on Tuesday, according to Johns Hopkins University.

A total of at least 1,831,821 infections, including 106,181 virus-related fatalities, have now been recorded nationwide.

More than 373,000 cases and nearly 30,000 deaths have been reported in New York state, the epicenter of the US epidemic.

Some Latin America nations are partially reopening this week, despite still recording thousands of coronavirus deaths and infections.

In Brazil: Non-essential businesses were allowed to reopen Tuesday in the huge coastal city of Rio de Janeiro.

Churches, car shops and furniture and decoration stores were all permitted to open, while people are now allowed to exercise along the city's famous promenade and swim in the ocean. The easing of restrictions marks the beginning of six phases of reopening planned by officials.

Brazil has the second highest number of Covid-19 cases globally, having recorded more than 555,000 instances of the disease. Cases across the country multiplied by five across the month of May, according to Brazil's health ministry.

In Mexico: Several sectors of the economy reopened on Monday, including the mining, construction and tourist industries.

Mexico's newly reported cases and deaths continue to rise. The country recorded at least 3,891 new Covid-19 patients on Tuesday -- the highest number of cases identified in a single day since the pandemic began.

The country has recorded more than 97,000 cases of the disease, yet officials have pushed ahead with easing the lockdown with a plan dubbed the "new normal." 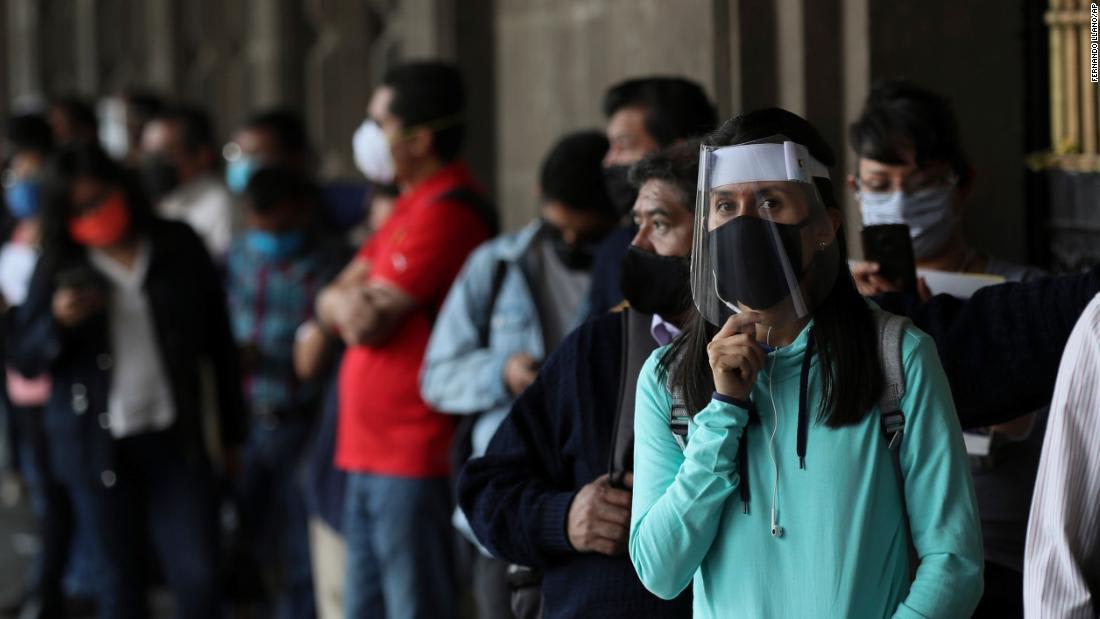 NASA and Fitbit received approval from the US Food and Drug Administration on Tuesday for their ventilators designed to help Covid-19 patients.

NASA’s design, dubbed the VITAL (Ventilator Intervention Technology Accessible Locally), is a temporary piece of equipment that uses an internal compressor and is meant to last three to four months.

Because the VITAL runs on parts that are not typically in the medical device supply chain it shouldn’t have any impact on need for supplies for current ventilators.

The FDA also added the Fitbit Flow to its list of authorized ventilators. The device, which has quietly been in the works for some time, is a continuous respiratory support system that also includes an FDA-approved manual resuscitator as part of the machine.

The company calls it a “a high-quality, easy-to-use, and low-cost automatic resuscitator that is designed for emergency ventilation.”

“COVID-19 has challenged all of us to push the boundaries of innovation and creativity, and use everything at our disposal to more rapidly develop products that support patients and the healthcare systems caring for them,” said Fitbit CEO James Park.
“We saw an opportunity to rally our expertise in advanced sensor development, manufacturing, and our global supply chain to address the critical and ongoing need for emergency ventilators and help make a difference in the fight against this global virus.”

Oklahoma State linebacker Amen Ogbongbemiga said in a tweet on Tuesday that he has tested positive for Covid-19 after attending a protest.

"After attending a protest in Tulsa AND being well protective of myself, I have tested positive for COVID-19," Ogbongbemiga tweeted. "Please, if you are going to protest, take care of yourself and stay safe."

Top doctor's warning: US Surgeon General Dr. Jerome Adams said in an interview with Politico on Monday to expect new outbreaks of the virus resulting from nationwide protests over the death of George Floyd that have seen thousands of people gather in close proximity.

"Based on the way the disease spreads, there is every reason to expect that we will see new clusters and potentially new outbreaks moving forward," Adams said.

US President Donald Trump said Tuesday that the Republican Party will be "forced" to find a new state to host their convention as North Carolina Gov. Roy Cooper stands by his demand that party leaders provide him with plans for a scaled-down event amid coronavirus concerns.

Cooper, the President tweeted, "is still in Shelter-In-Place Mode, and not allowing us to occupy the arena as originally anticipated and promised. Would have showcased beautiful North Carolina to the World, and brought in hundreds of millions of dollars, and jobs, for the State."

"Because of @NC_Governor, we are now forced to seek another State to host the 2020 Republican National Convention," he said.

The tweets come after the Democratic governor wrote in a letter to Republican National Committee Chairwoman Ronna McDaniel and Convention CEO Marcia Lee Kelly that he would like to continue the conversation with organizers, but unless they offer up a much different plan, the chances of Charlotte, North Carolina, being able to host the August event are "very unlikely."

Two sources with knowledge told CNN that, despite the President's tweet, it appears the decision isn't final. But the sources say there have been tense conversations in the past 48 hours between the RNC and the governor's office ahead of Trump's self-imposed deadline, which is Wednesday.

Following Trump's tweet, Cooper said it was "unfortunate" no deal was made.

"We have been committed to a safe RNC convention in North Carolina and it's unfortunate they never agreed to scale down and make changes to keep people safe. Protecting public health and safety during this pandemic is a priority," Cooper said on Twitter.

Officials from the Republican National Committee are considering Nashville, Las Vegas, Orlando, Jacksonville and venues in Georgia to host their August convention if they fail to reach a deal with officials in North Carolina, two Republicans familiar with the planning tell CNN. 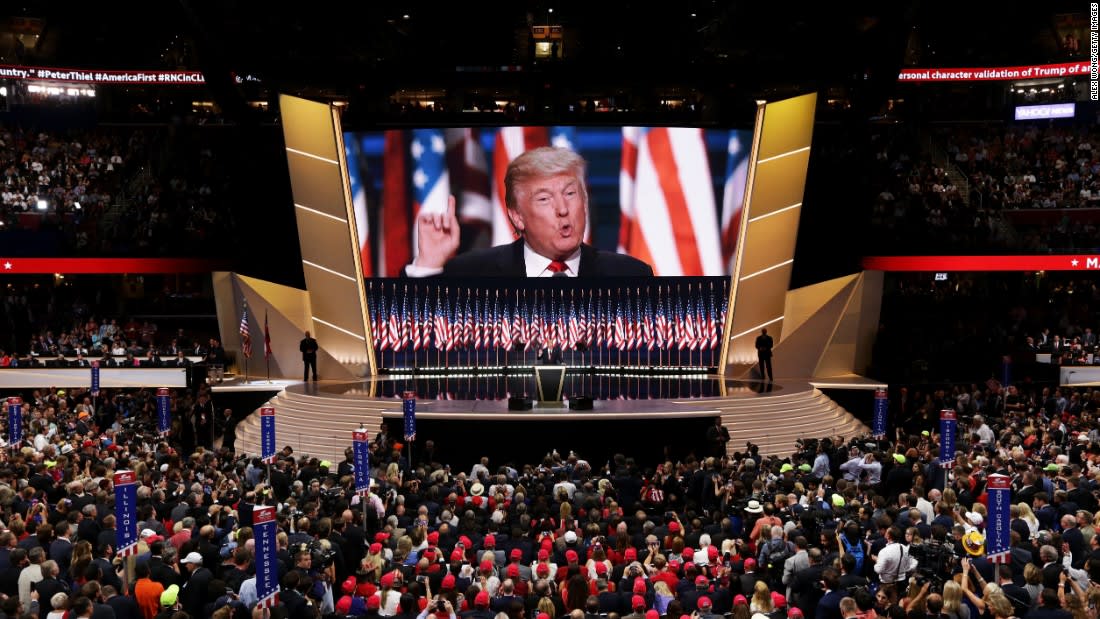 US Surgeon General Dr. Jerome Adams said to expect new outbreaks of the coronavirus resulting from the nationwide protests over the death of George Floyd that have seen thousands of people gather in close proximity.

While a majority of protesters nationwide have worn masks and face coverings as they demand justice for Floyd, an African-American man who died last week while in police custody, the large crowds have made it difficult to social distance. The coronavirus pandemic has also disproportionately affected communities of color, an issue Adams has highlighted.

"I remain concerned about the public health consequences both of individual and institutional racism (and) people out protesting in a way that is harmful to themselves and to their communities," Adams told Politico in an interview published Monday.
"Based on the way the disease spreads, there is every reason to expect that we will see new clusters and potentially new outbreaks moving forward," he added. 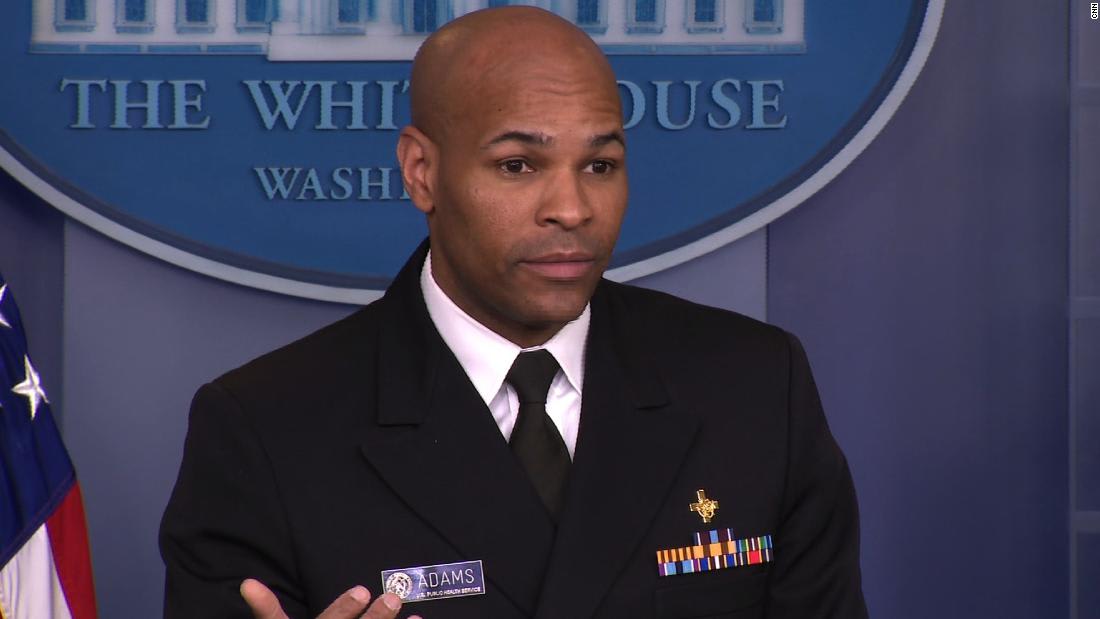 The number of coronavirus cases in Peru rose to 174,884 on Tuesday, an increase of 4,845 from the previous day, according to the country's health ministry.

Peru has the second-highest number of coronavirus cases in South America, behind Brazil.

Mexico recorded 3,891 new novel coronavirus patients on Tuesday, the highest number of cases identified in a single day since the pandemic began.

The previous daily highest total was set last Tuesday, indicating that the outbreak is showing no strong signs of slowing down.

Brazil registered a single-day highest total of 1,262 fatalities related to the novel coronavirus over the past 24 hours, bringing the nationwide death toll to 31,199, according to its health ministry.

The country also recorded 28,936 new virus cases over the same time period, bringing its total to 555,383, according to the ministry.

The state of São Paulo, Brazil’s most populous state and the epicenter of the country’s outbreak, also reported 327 virus-related deaths over the past 24 hours, bringing its death toll to 7,994.

On Monday, the World Health Organization warned the Americas are seeing a rapid increase in the number of new coronavirus cases

“I would certainly characterize that Central and South America in particular have very much become the intense zones of transmission for this virus as we speak,” said Dr. Mike Ryan, WHO executive director of Health Emergencies Program.

He added: “And I don't believe that we have reached the peak in that transmission, and at this point, I cannot predict when we will.”