Nearly 1.9 million Americans filed initial jobless claims last week, bringing the total claims to 42.6 million since the coronavirus pandemic forced the US economy to shut down in March.

Continued jobless claims, which count workers who filed for benefits for at least two weeks a row, unexpectedly rose from the prior week. They stood at 21.5 million, versus 20.1 million expected

For 11 weeks in a row, jobless claims have been in the millions. Before the pandemic, the labor department had never recorded a single week of jobless claims over a million.

If you're just joining us, here's the latest on the coronavirus pandemic:

The Spanish Ministry of Tourism said that starting on June 22, "we will recover mobility within the national territory."

A spokeswoman for the Spanish government said the reopening of the country's land borders is "under study."

Earlier, Spanish Tourism Minister Reyes Maroto announced that Spain’s land borders with Portugal and France will reopen on June 22, but the Ministry of Tourism later issued a statement Thursday "clarifying" this reopening is "under study."

CLARIFICATION: This post has been updated to reflect the Spanish government’s amended statement on its land borders. It is studying their reopening.

Thousands of Hong Kong protesters joined a rally remembering the 1989 Tiananmen Square massacre, despite the government outlawing the event for the first time in three decades in the wake of the coronavirus pandemic.

Protesters entered the football pitches in Victoria Park, which had earlier been cordoned off by authorities while chanting slogans calling for greater democracy in Hong Kong and an end to one-party dictatorship.

Albert Ho, a former pro-democracy lawmaker and one of the main organizers of the candlelight vigil, criticized the government for using coronavirus as an excuse to ban the gathering.

“Hong Kong people are determined and courageous enough to uphold the truth about the June 4 massacre, we won’t allow ourselves to forget this painful part of this historical memory,” he told CNN.

Some background: Public-gathering curb limiting groups to eight remain in force in Hong Kong to prevent the spread of Covid-19.

For three decades, Hong Kong has been one of the few places on Chinese soil where commemoration of the 1989 Tiananmen crackdown has been allowed. In mainland China, discussions about the crackdown remain tightly censored.

Dozens of police officers can be seen patrolling in the vicinity of the park, broadcasting messages that anyone who attends the rally could be in violation of the law.

A shipment of US-made ventilators arrived Thursday in Russia, the US Embassy in Moscow said.

"Arriving now in Moscow: Humanitarian aid delivery from the American people to the people of Russia," embassy spokesperson Rebecca Ross said on Twitter. "This represents a $5.6 million donation which includes 200 much needed U.S.-manufactured ventilators to help Russia deal with the Covid-19 crisis."

An earlier shipment of 50 US-made ventilators arrived in Moscow on May 21.

Russia is currently the third hardest-hit country worldwide by the virus following the US and Brazil. While the country's official death toll is relatively low, with more than 5,000 deaths, some critics and experts say the figure is almost certainly underestimated.

Moscow's mortality rate surged by 18% in April compared to the same month last year, as well as compared to the April average for the past decade, according to data released by the city's civil register office.

The situation has led to growing anger in the country, with concerns raised about the conditions in which medical workers are forced to operate.

As of early Thursday, Russia has reported at least 440,538 cases of Covid-19 and at least 5,376 virus-related deaths, according to Johns Hopkins University data.

Britain's Prince Charles has spoken publicly about contracting the coronavirus in March, saying he was "lucky" and had "got away with it quite lightly."

In an interview with UK broadcaster Sky News, the heir to the British throne indicated that his experience had if anything increased his longstanding commitment to environmental causes, particularly climate change and safeguarding biodiversity.

"It makes me even more determined to push and shove and shout and prod, if you see what I mean. Whatever I can do behind the scenes sometimes... I suppose it did partly, I mean I was lucky in my case and got away with it quite lightly," he told Sky News by video call from Scotland.

"But I've had it, and I can so understand what other people have gone through. And I feel particularly for those, for instance, who have lost their loved ones but were unable to be with them at the time. That to me is the most ghastly thing.

"But in order to prevent this happening to so many more people, this is why I'm so determined to find a way out of this."

He urged the world to listen to scientists and act to protect the environment in order to avoid more pandemics in the future.

"We should have been treating the planet as if it was a patient long ago. So no self-respecting doctor would ever have let the situation, if the planet is a patient, reach this stage before making an intervention," he said.

"The more we erode the natural world, the more we destroy what's called biodiversity --which is the immense diversity of life, plant life, tree life, everything else, marine life -- the more we expose ourselves to this kind of danger. We've had these other disasters with SARS and Ebola and goodness knows what else, all of these things are related to the loss of biodiversity."

Japan could “simplify” the Olympics and Paralympics Games, which were pushed back to 2021 due to the coronavirus pandemic, Tokyo Governor Yuriko Koike said Thursday.

Koike did not give details on the alterations that could be made, though local media speculated it could involve the presence of spectators.

Japanese Prime Minister Shinzo Abe said in March, when the 2020 Games were postponed, that Japan would hold the Olympic and Paralympic Games in "complete forms."

The International Olympic Committee and the Tokyo 2020 Organization Committee have been discussing the exact implementation of the postponed event.

The cost of postponement is expected to be several billions of dollars, and the focal point of the discussion has been around how the cost will be paid and who will bear the financial burden.

Across Europe, beaches are getting ready for their first socially distanced foreign visitors, hotels are airing out rooms and restaurants are laying alfresco tables. With borders now open, the travel industry is trying to salvage as much of the peak tourist season as possible.

But for the UK, it seems, summer vacations could still be canceled.

Even as it appears to be emerging from one of the continent's worst coronavirus outbreaks, the country has decided to suddenly slam its borders shut by imposing a 14-day quarantine that critics say will torpedo the last shreds of hope for its travel industry.

Unless the rules change soon, millions of Britons who'd hoped to ease their post-lockdown blues with an escape to warmer climes will likely have to scrap their plans unless they want to endure enforced isolation on their return or risk a £1,000 fine -- about $1,250.

And for the UK's tourism industry, any prospect of soaking up some much-needed foreign tourist dollars is vanishing fast. Britain has many charms, but two weeks' incarceration inside the same room is not why people visit this sceptered isle.

If that wasn't enough to stoke frustrations, it seems that far from being stringently enforced, the new regulations will only be lightly policed after they come into effect on June 8, with spot checks that may actually miss the virus carriers they're designed to keep sequestered.

That stands in contrast to much more stringent measures in Australia, New Zealand and Hong Kong, imposed much earlier in the pandemic. 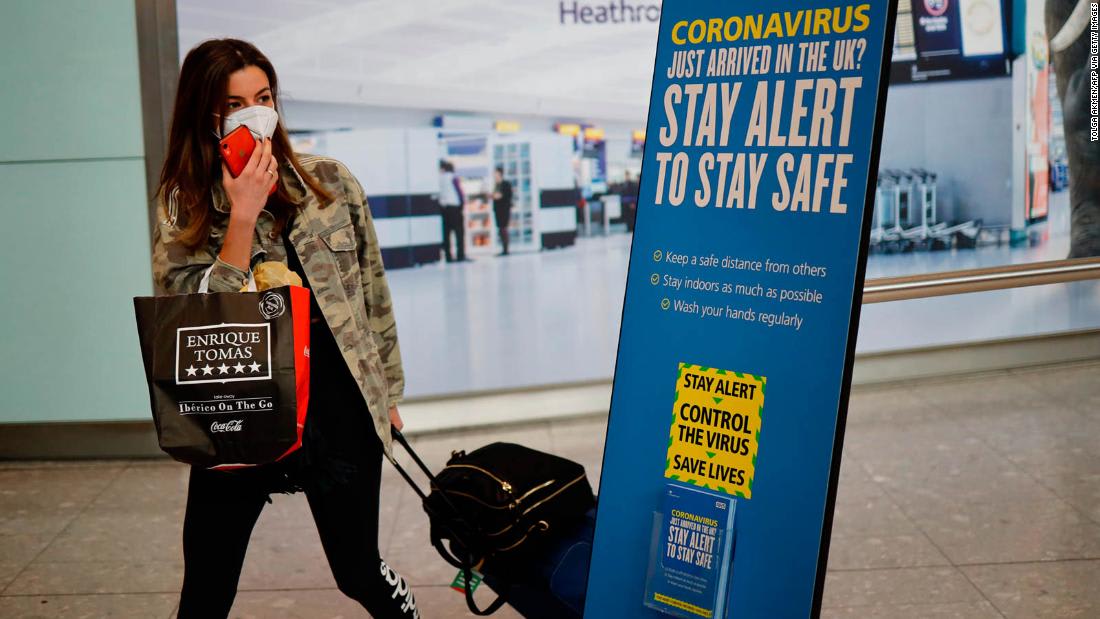 Has the UK just canceled summer by imposing a 14-day quarantine?

Most governments are still advising against "nonessential" international travel, but a host of popular destinations are beginning to ease their Covid-19 lockdown measures and border restrictions, while moving toward welcoming tourists back.

Earlier this month, the European Union unveiled a plan to reopen its internal borders in time for summer, while countries such as Estonia, Latvia and Lithuania have formed "travel bubbles," lifting restrictions for each other's citizens.

A number of Caribbean islands are preparing to open their doors to foreign visitors in June, and destinations such as Mexico and Thailand are planning to open up again, region by region, in the coming weeks.

If you're one of many travelers eagerly awaiting news on where you can travel to this year, find out more here: 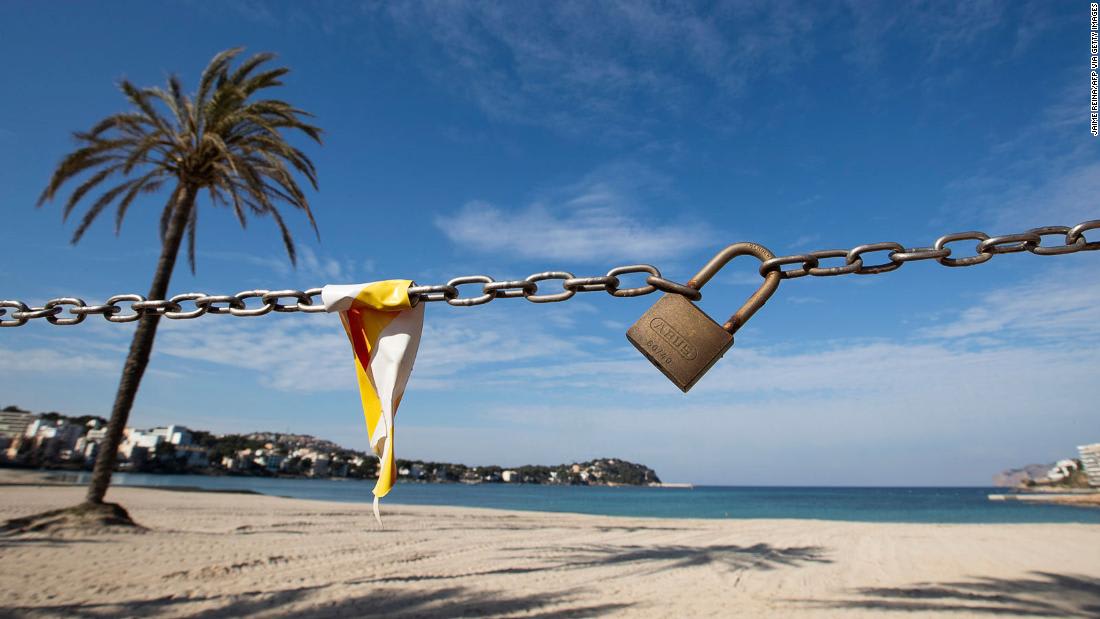 Which international destinations are reopening to tourists?