Ghasan Saleh starts digging graves at the break of dawn to prepare for the dead bodies that will come in droves. Two men in white hazmat suits appear atop an approaching pickup truck. They hastily drop a corpse into a hole and cover it with dirt.

The health workers come and go in near-silence. Fear of infection means there are no mourners for those suspected to have died from Covid-19.

Local medical authorities say that death rates in Aden, the seat of power of the UN-recognized government in Yemen, are soaring this year -- despite a relative lull in a war that ravaged the place in previous years.

In the first half of May, the city recorded 950 deaths -- nearly four times as many as the 251 deaths in the whole month of March, according to a Ministry of Health report.

Those 950 deaths represent nearly half the number of casualties the city suffered in all of 2015, when the country's civil war was raging.

Multiple crises at once: On top of Covid-19, there's also a mosquito-transmitted virus outbreak, known as Chikungunya virus, and more than 100,000 known cholera cases across the nation.

Many malnutrition centers and hospitals have closed due to funding shortfalls and doctors' concerns about their personal safety from coronavirus. Flash floods this spring destroyed the city's power grid.

"Yemen has faced wars and cannot handle three pandemics, economic collapse and a war and the coronavirus," Dr. Ishraq Al-Subei, the health official responsible for the response to the disease told CNN. 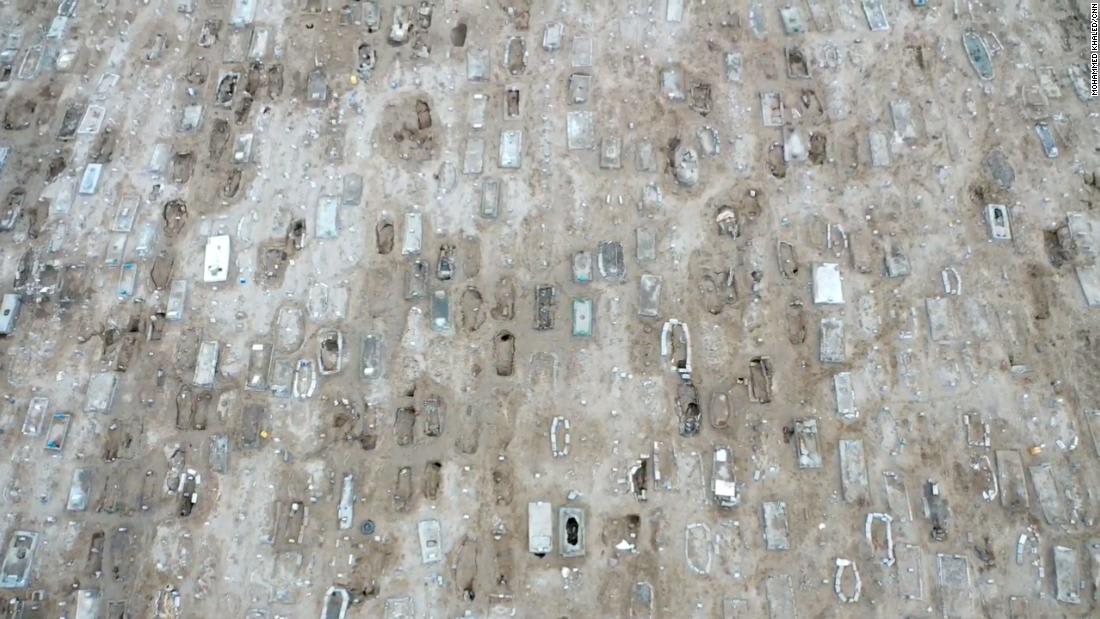 There are at least 2,023,385 cases of coronavirus in the United States and at least 113,818 people have died, according to Johns Hopkins University's tally of cases.

The UK's GDP fell by 20.4% in April, the largest monthly fall on record, as the full impact of the coronavirus lockdown came into force.

According to the Office for National Statistics, which compiles the figures, “Virtually all areas of the economy were hit, with pubs, education, health and car sales all giving the biggest contributions to this historic fall.”

UK trade with the rest of the world was also badly hit. The slump comes after a 5.8% fall in GDP in March

The death of a single mother in the Philippines who died after trying to get a bus home during the country's coronavirus lockdown has led to widespread anger online, and prompted the government to look into how it treats stranded workers during the pandemic.

Michelle Silvertino, 33, was found unconscious on a footbridge along a major highway in the capital Manila on June 5.

The mother of four had tried to catch a bus to her home in Calabanga, Camarines Sur province -- more than 400 kilometers southeast of Manila (250 miles) -- but because of Covid-19 quarantine measures no public transport was operating, according to CNN affiliate CNN Philippines.

Silvertino walked from Quezon City, just north of Manila, to Pasay City to the south, with hopes of catching a ride from there, CNN Philippines reported. But that proved to be futile and she became stranded on a footbridge for several days, where she was found unconscious and later declared dead at the hospital.

Her death sparked outrage in the Philippines and the hashtag #JusticeforMichelleSilvertino trended on Twitter.

It also prompted the government to announced it would help stranded workers in the country return home. 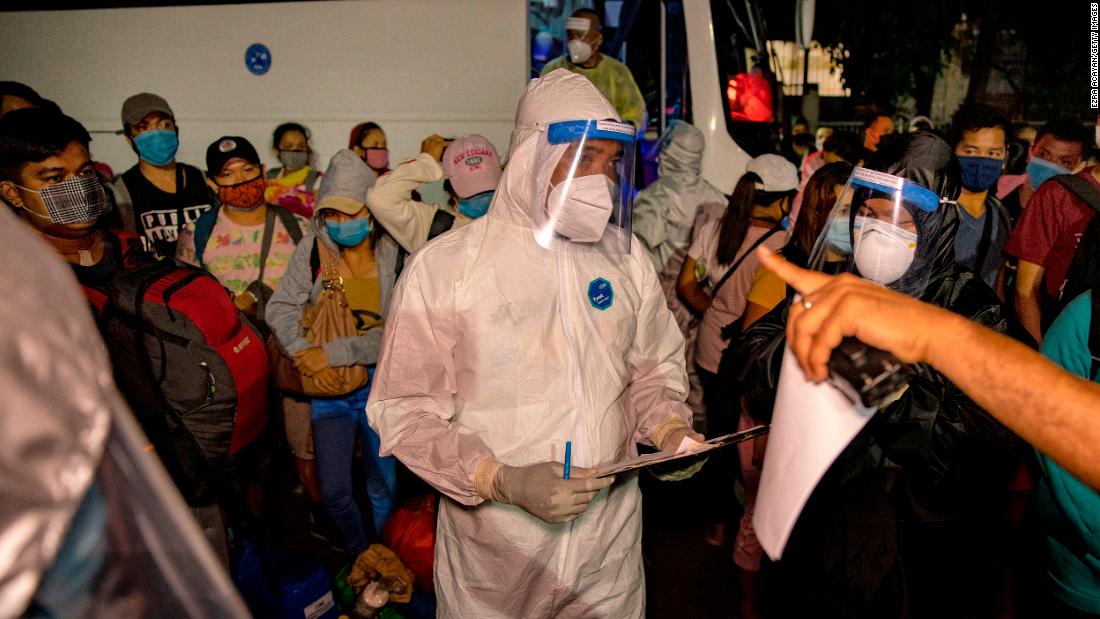 “This is not about the issue, this is about people’s health and welfare and I would urge Australians to respect that by not attending those events,” Morrison said. “I don’t believe there should be a double standard. Australians have made great sacrifices to get us where we are today.”

On Thursday, the New South Wales Supreme Court issued an injunction banning a march on Saturday in Sydney, on health grounds and due to lockdown measures.

Another protest is scheduled for Sydney on Friday, called “Stop Black Deaths in Custody: Solidarity with Long Bay Prisoners.” The organization's event page currently shows more than a thousand people who have marked themselves as attending

There is no injunction against Friday’s protest, but social distancing rules in the state cap the number of people allowed to gather outdoors together at 10 people. The cap is expected to increase to 20 people starting Saturday.

The sharp sell-off on Wall Street spread to Asia on Friday, signaling that fears of a resurgence of the coronavirus pandemic in the United States are growing.

The pandemic already has caused unemployment to soar in the United States as parts of the economy shut down. A second wave of infections could force many businesses to close again after just having reopened.

The losses came after US stocks plummeted on Thursday, recording their worst day since March 16.

Brazilian President Jair Bolsonaro has denied accusations that he tried to downplay the current coronavirus situation in Brazil by not reporting cumulative data.

The government had stopped reporting cumulative coronavirus deaths and cases, with Bolsonaro arguing they didn't reflect the current state of the pandemic in Brazil.

The Supreme Court, however, later ruled the ministry must provide comprehensive data.

In a Facebook Live post on his official account on Thursday, Bolsonaro argued the numbers were released, even if they were late. He attributed the change to interim health minister Eduardo Pazuello, who he says was changing the way the numbers were presented to be more accurate.

“They said we wanted to hide everything, they started to compare us with Venezuela, with North Korea, with other communist countries. Nobody wants to hide numbers,” Bolsonaro said.

Allegation of politics in the pandemic: Bolsonaro also argued the brief change in data was aimed to fight supposed political use of the pandemic by local politicians.

“There are a lot of complaints from the population that we are investigating. A person with a health problem dies and in the death certificate it appears as if it was caused by Covid-19, but the family didn't know that he was infected in the first place," Bolsonaro said.

"We receive dozens of cases per day like this. I don't know what is happening, who profits with that situation? It can only be to gain political power and blame the federal government."

The wife of Li Wenliang, the Wuhan whistleblower doctor who died of coronavirus in February, has given birth to their son, according to the Chinese state-run Litchi News.

"Can you see it from heaven? The last gift you gave me was born today. I will definitely take good care of them," she wrote on the Chinese social media platform WeChat.

Who was Li Wenliang? Li was a doctor in the Chinese city of Wuhan, which was ground zero for the coronavirus pandemic.

In late December, when reports emerged of a dangerous new virus in the city, he texted fellow medical school alumni warning them of the news. "I only wanted to remind my university classmates to be careful," he told CNN in February.

Soon after, he was targeted by Wuhan police, who accused him of rumor-mongering. He was made to sign a statement acknowledging his "misdemeanor" and promising not to commit further "unlawful acts."

On February 1, he tested positive for the virus. He died less than a week later -- sparking a rare online wave of grief, fury, calls for freedom of speech and government accountability.

"We are thrilled to celebrate this momentous occasion in the great city of Jacksonville," McDaniel said in a news release. "Not only does Florida hold a special place in President Trump's heart as his home state, but it is crucial in the path to victory in 2020. We look forward to bringing this great celebration and economic boon to the Sunshine State in just a few short months."

Trump will make the speech at the 15,000-person VyStar Veterans Memorial Arena, the release said.

Coronavirus complications: The announcement caps a weeks-long row between North Carolina Gov. Roy Cooper, whose team had been working to keep the convention in Charlotte despite coronavirus fears, and Trump, who refused to let the caution of health officials stop Republicans from having a fully attended convention.

Because the party signed a contract to hold the convention in Charlotte, they are obligated to hold some portion of the convention in the North Carolina city. But the announcement now guarantees that this year's Republican convention will be unlike any other in modern history, where delegates officially elect their nominee in one location, while the nominee accepts the nomination hundreds of miles away.