The number of coronavirus cases and hospitalizations have gone up in some states, a bleak reminder that the pandemic that's infected more than 2 million people is not over.

More than 115,000 people have died from Covid-19 in the United States, according to Johns Hopkins University.

As of Saturday, coronavirus cases were still increasing in 18 states -- several of which saw record or near-record highs. In 17 states, the numbers were trending downward, and numbers remained steady in 13 states.

The states where numbers surged: Oregon, Nevada, Wyoming, Oklahoma, Alabama and South Carolina recorded an increase of over 50% in the past week as compared to the previous one.

The increase in coronavirus cases in several states is not necessarily a second spike, said Dr. Anthony Fauci, the nation's top expert on infectious diseases. "However, when you start to see increases in hospitalization, that's a surefire situation that you've got to pay close attention to," he said Friday. 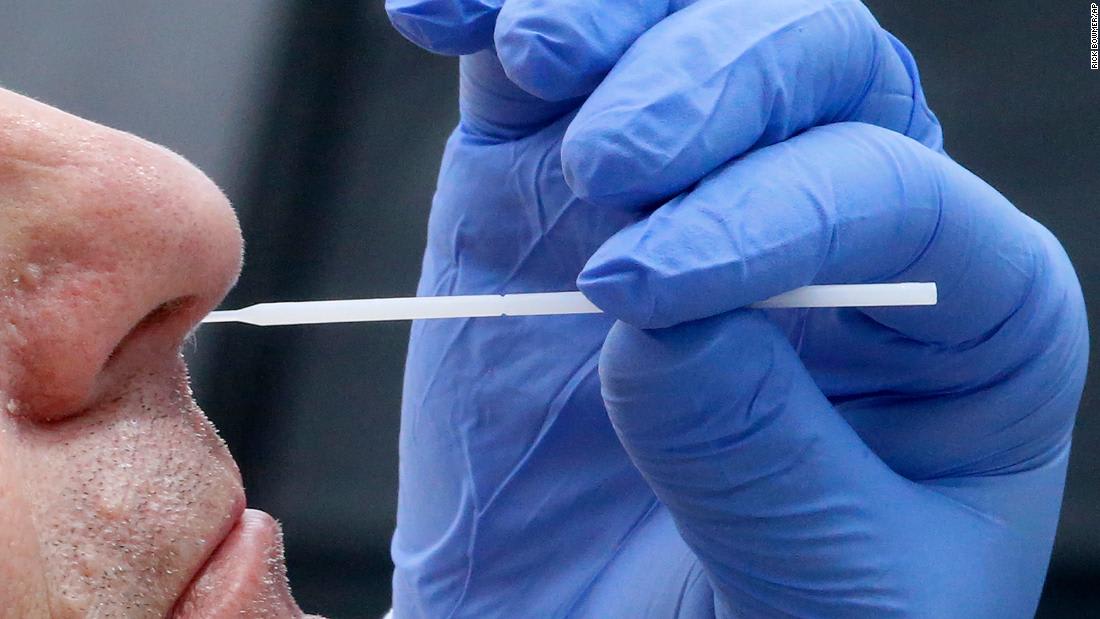 “We keep everything under review – all the guidance – as we evolve through the crisis. That review will involve the scientists, the economists, and others,” the Chancellor told Sky News.

Sunak said the rule had had a significant impact on businesses, and easing it could make the difference between three-quarters of pubs remaining closed to just one-third.

“Now that we have made good progress in suppressing the virus, we’re at a different stage of this epidemic than they were at the beginning and that enables us to take a fresh look at this,” he said. “Many other countries around the world use a different rule. And indeed we’ve seen a couple of countries recently … move from two meters to something less as well."

“But it’s important that we look at it comprehensively in the round and that’s what we will do urgently.”

From Monday, the UK will further ease coronavirus lockdown restrictions by allowing the reopening of all retail stores and some outdoor attractions, including zoos and amusement parks.

Single-adult households will be allowed to form a "support bubble" with one other household, and places of worship can reopen.

The new rules have caused confusion, however, with people questioning why they cannot visit grandparents or send their children to school, but can go shopping and ride rollercoasters.

Across the world, families who were on the brink of adopting a child have had their futures together postponed by the coronavirus pandemic.

Adoption systems in many countries have been hit hard. Social distancing restrictions have meant the closure of courtrooms and clinics, while travel bans have made connecting with a surrogate or transferring a child between households far more difficult.

Most international adoptions have been put on hold after countries closed their borders and canceled visa applications, according to agencies who spoke to CNN.

Dwight Burton and Monik Kadarmanto, who live near Portland, in the US state of Oregon, began the adoption process in September 2018, and were matched with a three-year-old boy living at an orphanage in China just before Christmas.

The couple applied to US immigration in early January for final approval to fly to Changchun, in Jilin province, northeast China. Several weeks later, just as they were expecting it to come through, their adoption agency canceled travel to China, and the US State Department issued advice against travel there.

The Chinese government has now closed its borders to prevent further waves of coronavirus and the couple is in limbo, waiting for news on when they may be able to bring their adopted son home. They say it has been hard to get updates on him, with the orphanage in lockdown without administrative staff.

"There's so much uncertainty and I think that's the toughest part about all of this," said Kadarmanto, 40. "There's nothing easy about adoption, there's a lot of just every step, you know, kind of not getting our hopes up too much."

Anyone with a fever seeking treatment at any Beijing medical facility will be tested for Covid-19, a spokesperson for the Beijing health commission said Sunday.

Medical facilities will be required to conduct nucleic acid tests, antibody tests, blood tests and CT scans on these patients.

The measures were announced after Beijing’s health commission confirmed 43 cases linked to Xinfadi market, the largest agricultural market in Beijing. The new cases broke the city’s 56-day record of no new coronavirus cases.

Residential communities, restaurants and other places linked to the market will be required to conduct screenings on personnel, food and their environment, according to city officials. All employees of Xinfadi market, as well as residents of the local neighborhood, will be tested and put under medical observation.

Wu Zunyou, the top epidemiologist from the Chinese Center for Disease Control and Prevention, said the outbreak was likely linked to contaminated seafood or meat, according to the state-run news agency Xinhua.

Because Beijing has not had a locally transmitted case in over 50 days, the virus should theoretically not exist there, Zunyou says.

According to Johns Hopkins University's tally of cases in the United States, there are at least 2,074,526 cases of coronavirus in the US, including at least 115,436 deaths.

India has recorded 11,929 new cases in the past 24 hours — its largest single-day spike to date, according to the country’s health ministry.

The west Indian state of Maharashtra remains the worst-hit state, with 104,568 positive cases, followed by Tamil Nadu in the south, with 42,687 cases.

The mayor is showing no symptoms and is following medical advice to keep working at home in the coming days.

Covas is also undergoing immunotherapy treatment to fight lymph node cancer, an illness that has been widely reported in the Brazilian media and publicly discussed by Covas.

The state of São Paulo, which includes the megacity by the same name, is the epicenter of Brazil’s outbreak. As of Saturday, São Paulo state had recorded 172,875 virus cases and 10,581 Covid-19 deaths.

If you're just joining us, here is the latest on the coronavirus pandemic.

Vice President Mike Pence on Friday touted the "steady decline" in coronavirus hospitalizations and fatalities in the US, despite data showing several states have seen a rise in Covid-19 patients since the Memorial Day holiday and health officials warning the coronavirus death toll could increase in the months ahead.

He described the recent increase in Covid-19 cases in some states as "a reflection of a dramatic increase in testing."

But we're watching it very closely and we remain very confident that we have the hospital capacity, we have the resources to be able to deal with any specific outbreaks that could occur," Pence told WPXI.

The vice president's optimism about the government's response to the virus comes as health officials emphasize the importance of face coverings and social distancing.

We know the pandemic is not over," said Dr. Jay Butler, the US Centers for Disease Control and Prevention deputy director for infectious diseases, during a call with reporters on Friday.

A majority of states that had implemented stay-at-home orders are slowly lifting their restrictions that began in March and allowing more businesses to reopen.

Covid-19 hospitalizations had gone up in at least a dozen states between May 25 and June 9, according to data aggregated by CNN from the Covid Tracking Project.

As of Saturday, new coronavirus cases are trending downward in 21 states, while still increasing in 17 states -- several of which have seen record or near-record highs.