Passenger Brandon Straka was asked to get off a flight from New York to Dallas after he refused to wear a face covering as required by American Airlines policy, the airline confirmed in a statement.

This is the first known incident of this type since the airlines announced plans to more strictly enforce mask wearing.

Wearing face coverings on planes is not mandated by law, but airlines have instituted their own mask requirements for crew and passengers. This week, several major US carriers, including American Airlines, pledged that they will take a harder line on enforcing their policies.

"This is insane. Absolutely insane," Straka said in a Periscope post on social media. "We don't even have a choice anymore." 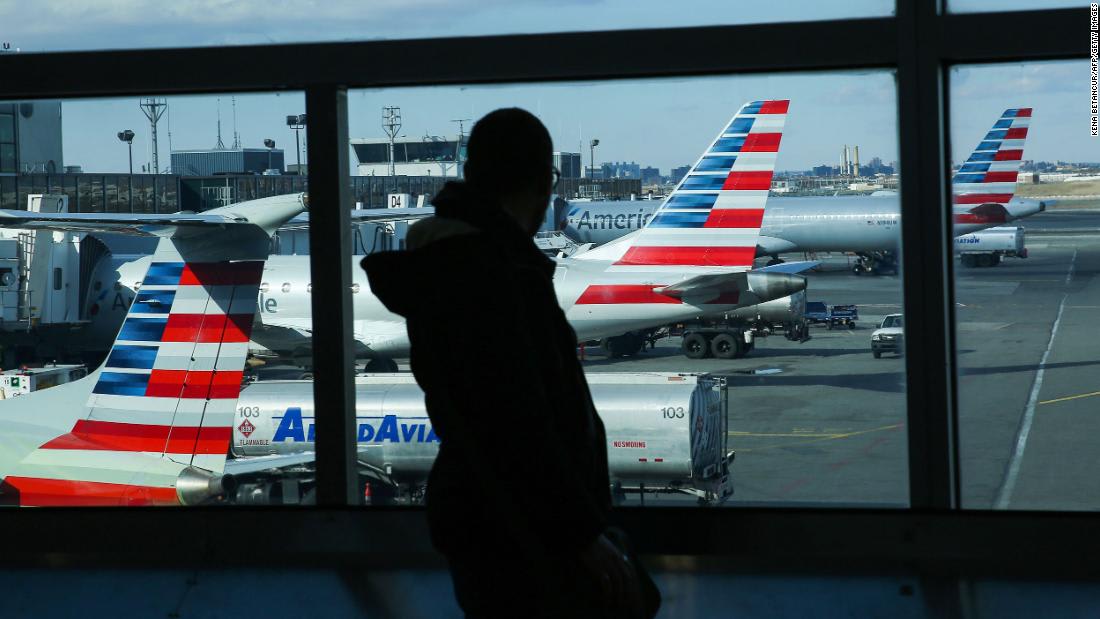 British Foreign Secretary Dominic Raab said that Russia and others are trying to exploit the opportunities and challenges created by the coronavirus pandemic.

But he said that he doesn't think their actions have had an impact in the UK.

“I don’t think they’ve made a material difference to our response in health terms, but certainly Russia and other countries – and indeed non-state actors – see the challenges that Covid has created and are trying to exploit it,” Raab told Sky News.
“We’re making sure we’ve got the resilience and the defenses and capabilities to prevent them from doing so," he said.

Nursultan Nazarbayev, the first president of Kazakhstan, is self-isolating after testing positive for coronavirus, his office said in a statement today.

“Unfortunately, the last test of Elbasy for coronavirus infection showed a positive result,” the statement read, referring to Nazarbayev by his formal title, Leader of the Nation. “There is no cause for concern.”

The statement added that Nazarbayev is working remotely.

Nazarbayev has dominated politics in the Central Asian republic for three decades. The Kazakh leader stepped down as president in 2019 but retains the chairmanship of the country's Security Council and wields substantial power behind the scenes.

Germany will keep its social distancing rules in place and extend the ban on large events until at least the end of October to curb a potential second wave of coronavirus infections, Chancellor Angela Merkel said.

She was speaking after a meeting in Berlin with the premiers of Germany's 16 states. Merkel urged caution as the country moved toward further easing of coronavirus restrictions.

Physical distancing rules will remain in place across Germany and large events -- where contact tracing and distancing are not possible -- will remain banned until at least the end of October, the chancellor said.

Merkel added that infection numbers have stabilized at low levels.

“I am actually pretty satisfied that the rate of infections is at a constant and I say again, we are watching things very closely. We are very far from an exponential growth. We are constantly around R factor (reproduction factor) 1. Sometimes a bit above, sometimes a bit under,” she said.

Outbreak at a meat plant: In northern Germany, Toennies -- the owner of one of the country's biggest meat processing plants -- said it was closing after an abattoir registered that some 400 of its workers tested positive for the virus. The local authority closed schools and kindergartens as a precaution.

Economic woes: Merkel said that the pandemic has hit the German economy hard. “The negative impact on the economy is the most serious we have ever experienced in the history of the federal republic,” Merkel said.

Germany has managed to keep its coronavirus death toll relatively low despite a high number of cases. The country's Robert Koch Institute for infectious diseases reported 580 new cases within the past 24 hours and 26 deaths.

The number of confirmed cases in Germany stands at 187,764, with 174,100 recoveries, according to the institute.

Global trade is facing another coronavirus crisis just as economies begin to reopen: 200,000 seafarers stranded for months by port closures and the collapse in long-haul aviation could refuse to keep working.

Many seafarers extended their contracts by several months to keep supplies of food, fuel and medicine flowing around the world during the pandemic, according to shipping companies and labor unions.

But the months at sea without a break are taking their toll on crews. Fatigue and mental illness is a growing threat to safety and many seafarers now want off their ships.

Richard Barnes, the captain of a chemical tanker, said he is fortunate to work for a "very good" European shipping company, but that the conditions and atmosphere onboard ships vary, and people may suffer loneliness if they don't feel they can talk to their captain or crew.

"If you're not on a good ship, I would think it's very easy to slip into depression," he told CNN Business.

The International Transport Workers' Federation, which represents about half the world's seafarers, said emergency extensions to contracts expired on Tuesday and the organization will now do everything it can to help crew exercise their legal rights to stop working and return home.

About 80% of world goods trade by volume is carried on ships, according to the United Nations World Conference on Trade and Development. The pandemic has thrown the shipping industry into chaos.

More than 8.3 million cases of novel coronavirus have been recorded worldwide, including at least 449,000 deaths, according to Johns Hopkins University.

China reported a total of 24 new locally transmitted cases on Wednesday. Three were reported outside of Beijing, where officials are racing to contain a new cluster of more than 150 infections linked to an outbreak at Xinfadi, the city's largest wholesale food market.

The third new case outside of the capital is from Tianjin city, and is a 22-year-old man who works as a dishwasher at a hotel restaurant. He has no travel history in the past 14 days and has not been in contact with confirmed or suspected cases, according to the Tianjin CDC. Contact tracing is ongoing.

Tianjin is a provincial-level city with a population of 15.61 million, according to 2019 census records.

More restrictions on travel: Beijing health officials today added three groups of people who are now not permitted to leave the city:

Four provinces in China -- Hebei, Zhejiang, Sichuan and Liaoning -- have confirmed cases related to the Beijing cluster, according to each of their local governments.

Morrison said 838,000 Australians have lost jobs and experienced “hard days” in the past three months during the coronavirus pandemic.

Earlier, the Australian Bureau of Statistics (ABS) released unemployment figures of 227,700 in May alone. Women and younger workers have been particularly impacted during this period, it said.

Morrison estimates that it will take Australia “around two years to get the economy back to where it was before Covid hit,” and said “coronavirus is the reason people have lost their jobs.”

Last Friday, the Australian government announced further easing of social distancing rules set to take place in July. Morrison said the “priority is to get Australians back to work.”

Australia has confirmed a total of 7,370 cases of the virus, including 102 deaths, according to the Department of Health. Some 6,870 people have recovered.

“These are our dark times, but I can see that ray of light, and I'm sure Australians can too, but we have got to keep moving towards it. We've got to keep working harder each and every day,” Morrison said.

New Zealand has reported one new Covid-19 case, a man in his 60s who flew to the country from Lahore, Pakistan, the health ministry said.

The man is in a quarantine facility in Auckland.

He flew from Lahore to Doha, and then from Doha to Melbourne, Australia on June 11. He then flew from Melbourne to Auckland on June 13.

New Zealand's health ministry said it is following up on any potential contacts, including every passenger on the Air New Zealand flight to Auckland.

The man did not show any symptoms when he checked into a managed isolation facility on his arrival. Two days later he developed symptoms and was transferred to a quarantine facility.

He tested positive for coronavirus on June 16.

The total number of confirmed cases in New Zealand is now 1,157, according to the health ministry.

On Tuesday, New Zealand reported its first coronavirus cases in more than three weeks after two women who traveled to the country from the UK were found to have Covid-19.