It's breakfast time, which means I need to get my temperature checked, put on my face mask, smother my hands in alcohol disinfectant and wear a pair of plastic gloves.

That's all before I have coffee.

Welcome to the Riu Concordia -- part of a hotel chain headquartered in the Spanish holiday island of Mallorca.

It's been specially chosen to greet some of the nearly 11,000 German visitors heading here as part of a pilot program to test coronavirus precautions and reopen Spain's tourism economy.

RIU Hotels has invested in a slew of new protocols.

In our lobby, a thermal camera scans guests when they walk in through the sliding doors: Keep it cool and you get the green light to enter.

But if your temperature gets too high, reception gets a discreet red alert.

"The world is going to see us as an example. A positive example," hotel director Sergio Navarro told CNN.

"We feel very brave to show the world our product. And people are doing a fantastic effort so far, guests are responding so well." 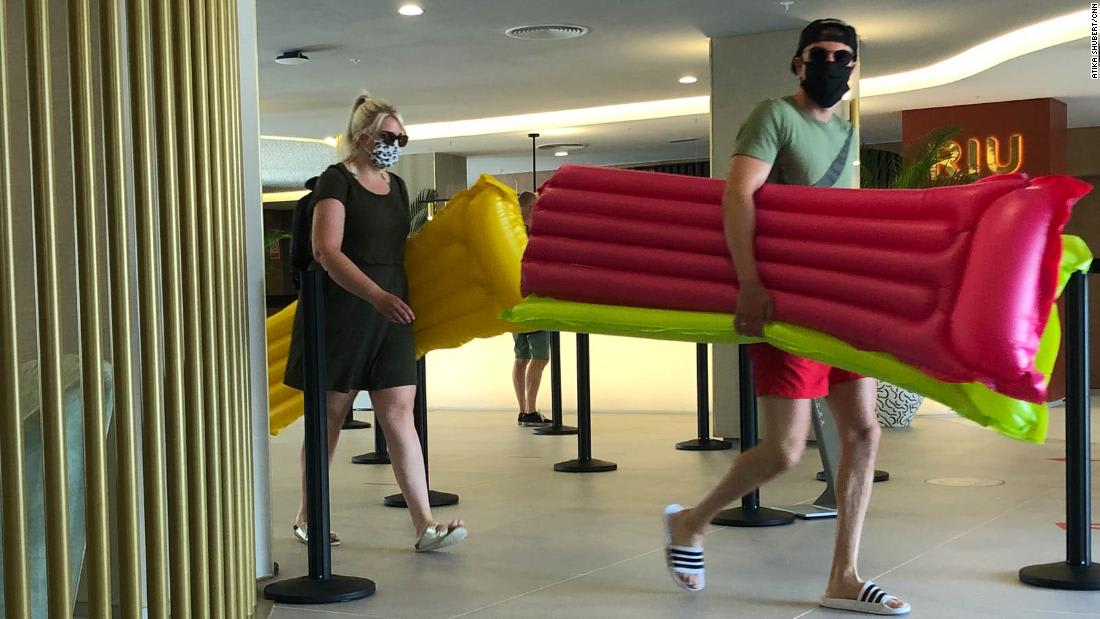 The UK’s Covid-19 alert level has been lowered from level four to level three, according to a joint statement issued by the Chief Medical Officers for England, Scotland, Wales and Northern Ireland.

Level three means that Covid-19 remains in general circulation, whereas level four indicates that the level of transmission is high or rising.

“There has been a steady decrease in cases we have seen in all four nations, and this continues. It does not mean that the pandemic is over. The virus is still in general circulation, and localised outbreaks are likely to occur,” the Chief Medical Officers said in a statement.

“We have made progress against the virus thanks to the efforts of the public and we need the public to continue to follow the guidelines carefully to ensure this progress continues,” it added.

Nicaragua has seen its fair share of unrest, fear and struggles throughout its troubled history. Now, faced with the deadly coronavirus, the government is coming under fire for its casual approach to containing the pandemic.

In the past three months, at least six politicians have died, although the details are vague on some of the causes. "Express burials" are happening at night, witnesses told CNN, and doctors have been allegedly fired for raising alarm about the virus' spread.

"There are always two versions," a doctor who asked that his name be omitted for fear of losing his job told CNN, regarding information offered from the government. "The non-official is truer to reality and the government [version] is cause for confusion."

The government of Nicaraguan President Daniel Ortega has described these allegations and reports of "express burials" as "false news."

Six months into a crisis that has shaken the world, the 74-year-old president has refused to impose strict, preventive quarantine measures seen in neighboring countries. Public schools remain open, businesses continue to operate, festivals and cultural events are happening on an almost-weekly basis. 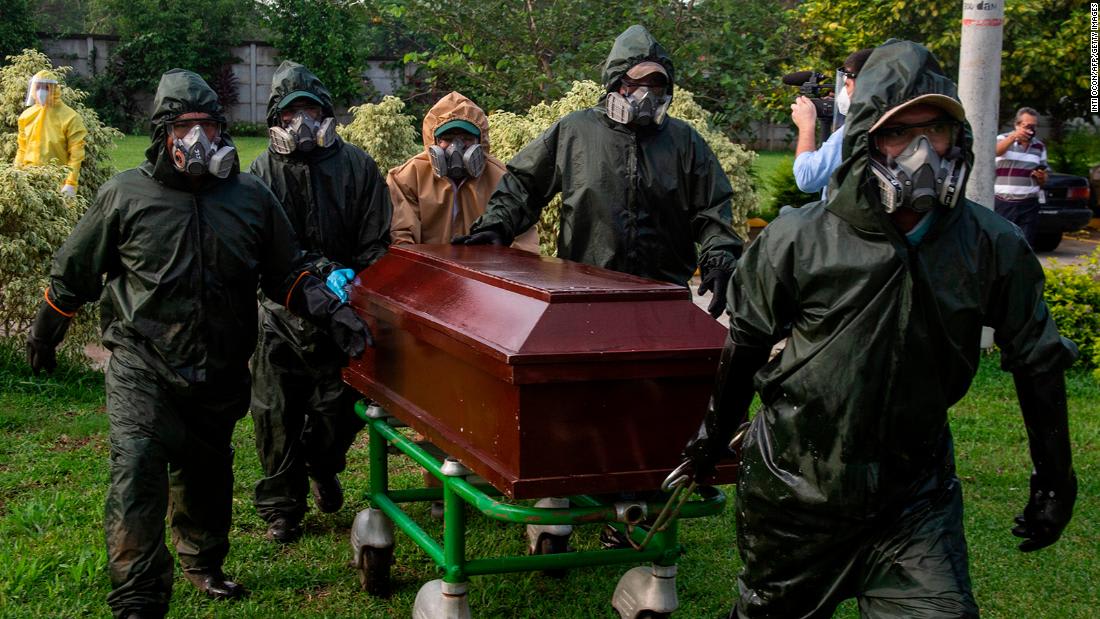 Night burials and unexplained deaths. Nicaragua's coronavirus outbreak may be far worse than the official story

The pressure is on for local US leaders to respond to regional Covid-19 spikes and records, and some are turning to mask mandates.

Similar measures are being considered in North Carolina and Arizona, where Scottsdale Mayor Jim Lane is developing an ordinance with a legal team.

Each of those four states, along with six others, is currently reporting its highest seven-day average of new coronavirus cases per day since the crisis began, according to a CNN analysis of data from Johns Hopkins University. The others are Alabama, Florida, Nevada,Oklahoma, South Carolina and Texas.

Florida could be the next epicenter, experts say. And Oklahoma, where cases are up 110% from last week, is preparing to welcome large crowds in Tulsa on Saturday for a rally for President Donald Trump.

Dr. Jonathan Reiner, a cardiologist and professor of medicine at George Washington University, told CNN's Erin Burnett that social distancing will be near impossible there and county health officials should shut it down. 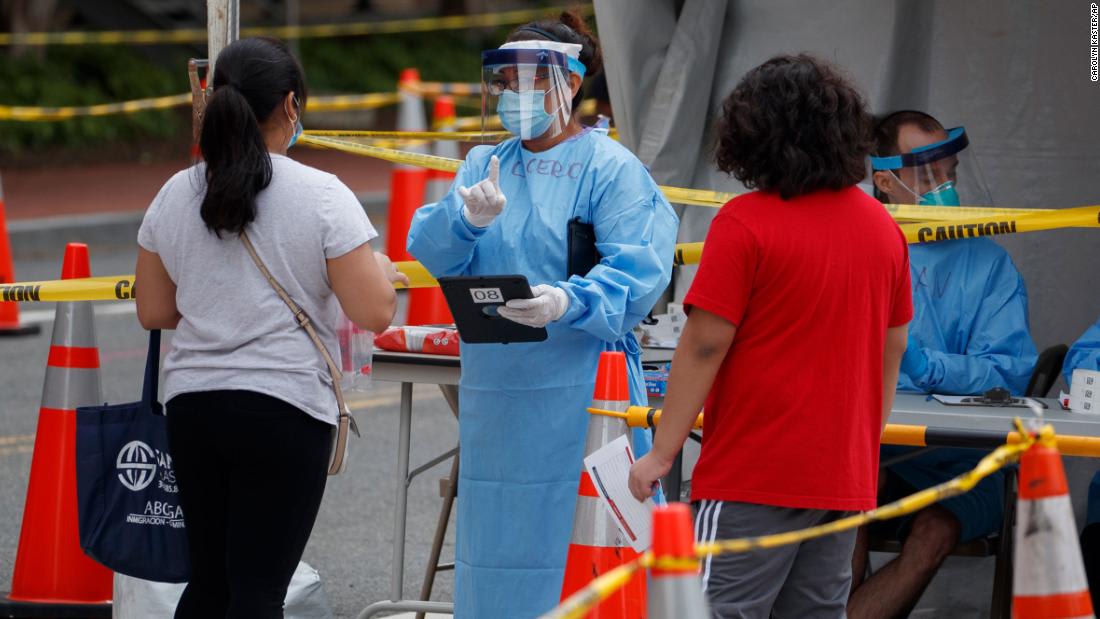 Millions of Yemenis could be infected with coronavirus and up to 85,000 people could die as the country's health system has effectively collapsed, the International Rescue Committee (IRC) said in a report today.

IRC's estimated numbers are based on modeling and data produced by Imperial College London and the World Health Organization.

"What we are seeing in Yemen is unlike any tragedy witnessed before. COVID-19 is ripping through the country. We can't even say how many people have it, because Yemen's health system has effectively collapsed, and the country has extremely limited testing capacity," Tamuna Sabadze, IRC Yemen country director said.
"While bombs and airstrikes continue, we cannot control the pandemic and address the humanitarian needs of Yemenis. It is time the world wakes up and acts." Sabadze added.

Yemen has been mired in political unrest and armed conflict, which intensified in early 2015. Houthi rebels -- a minority Shia group from the north of the country -- drove out the US-backed government and took over the capital, Sanaa. The crisis quickly escalated into a multi-sided war, with neighboring Saudi Arabia leading a coalition of Gulf states against the Houthi rebels.

The UK government has announced a £1 billion (more than $1 billion) plan to help the "impact of lost teaching time" during the Covid-19 pandemic as it prepares to return students to school in September, a government press release said.

"As plans continue for a full return to education from September, the government has announced £650 million will be shared across state primary and secondary schools over the 2020/21 academic year," the press release from the Department of Education read.

School principals will decide where the money is spent, but it is expected it will go toward "small group tuition," the government said.

"This one-off grant to support pupils in state education recognizes that all young people have lost time in education as a result of the pandemic, regardless of their income or background," the press release added.

The other portion of the package will be £350 million for a tutoring program that "will increase access to high-quality tuition for the most disadvantaged young people over the 2020/21 academic year."

"This £1 billion catch-up package will help head teachers to provide extra support to children who have fallen behind while out of school," UK Prime Minister Boris Johnson said in the press release.

The British government is abandoning its attempt to develop a coronavirus tracing app from scratch and will instead build a new one based on a system created by Google and Apple.

The new smartphone app will incorporate some of lessons the UK government has learned from working on its own app, such as how to better estimate the distance between users. The government did not give a roll out date.

"This is an important step allowing us to develop an app that will bring together the functionality required to carry out contact tracing, but also making it easy to order tests, and access proactive advice and guidance to aid self-isolation," the government said in a statement on Thursday.

The about-face comes after the roll out of the UK app, which was being developed by the country's National Health Service and two outside firms, was repeatedly delayed. Government ministers initially lauded the NHS app as key to helping the country out of lockdown, in addition to deploying thousands of people to track and trace the infection. 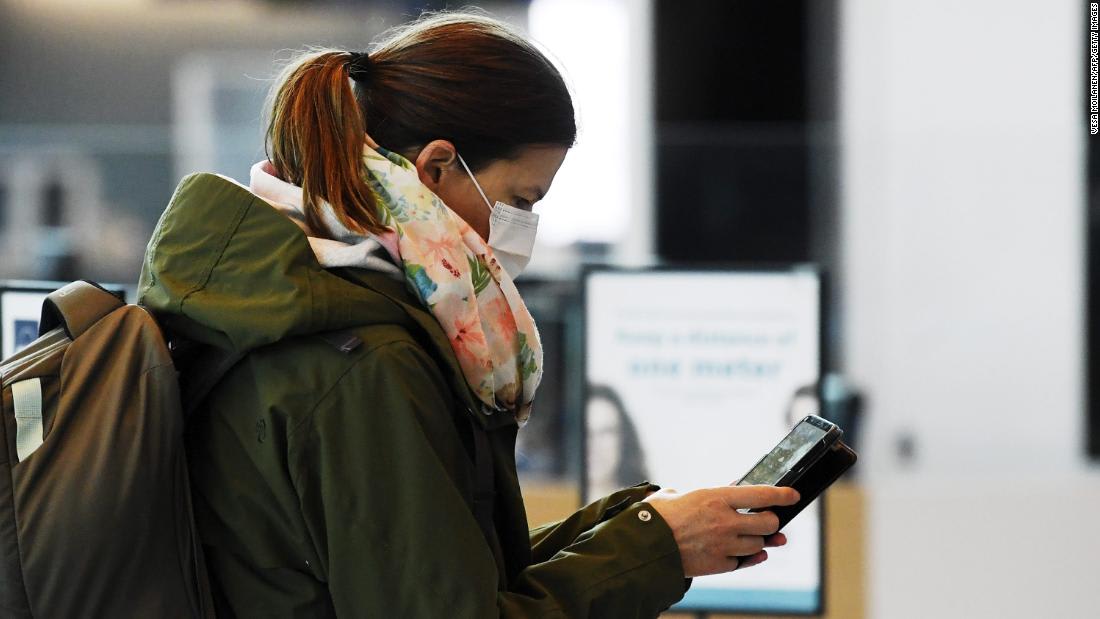 UK ditches its coronavirus app for Google and Apple version

The United States reported 25,766 new coronavirus cases and 704 deaths on Thursday, according to Johns Hopkins University.

More than 8.4 million cases of novel coronavirus have been confirmed worldwide, including at least 453,000 deaths, according to Johns Hopkins University.

UK coronavirus app: The British government is abandoning its attempt to develop a coronavirus tracing app from scratch and will instead build a new one based on a system created by Google and Apple. The about-face comes after the roll out of the UK app -- developed by the National Health Service and two outside firms -- was repeatedly delayed.

Cases surge in Indian capital: New Delhi is looking into increasing hospital beds and is ramping up testing as coronavirus cases in the city near 50,000. It comes as India reported 13,586 coronavirus cases nationwide in the past 24 hours, the biggest single-day jump in infections to date. Meanwhile, India lifted a ban on the export of hydroxychloroquine -- the anti-malaria drug that was being studied as a possible coronavirus therapy.

US warned of rising cases: Dr. Ashish Jha, director of the Harvard Global Health Institute, says that unless there are policy changes, the growing numbers of new Covid-19 cases in the US could get much bigger. Ten states have seen their highest daily number of cases this week and nearly two dozen states have seen spikes in cases compared to last week.

Beijing outbreak "under control": Chief epidemiologist at China's CDC Wu Zunyou declared the outbreak already "under control." But the current outbreak in Beijing is the worst resurgence of the coronavirus yet, and authorities are still trying to track down its source. The cluster has infected more than 180 people as of Friday.