The major thrust of new coronavirus cases in the United States is in the South and West, where officials say more young people are ignoring social distancing measures and testing positive.

"With younger age of recent infections in at least some places such as Florida, expect a lower death rate in this wave ... until the 20-40 year olds who are infected today go on to infect others," Dr. Tom Frieden, former director of the US Centers for Disease Control and Prevention, said on Twitter.

Dr. Anthony Fauci, the nation's top infectious disease expert, told Axios that the recent high number of cases in young people is "not surprising." Like Frieden, he warned of what's to come. 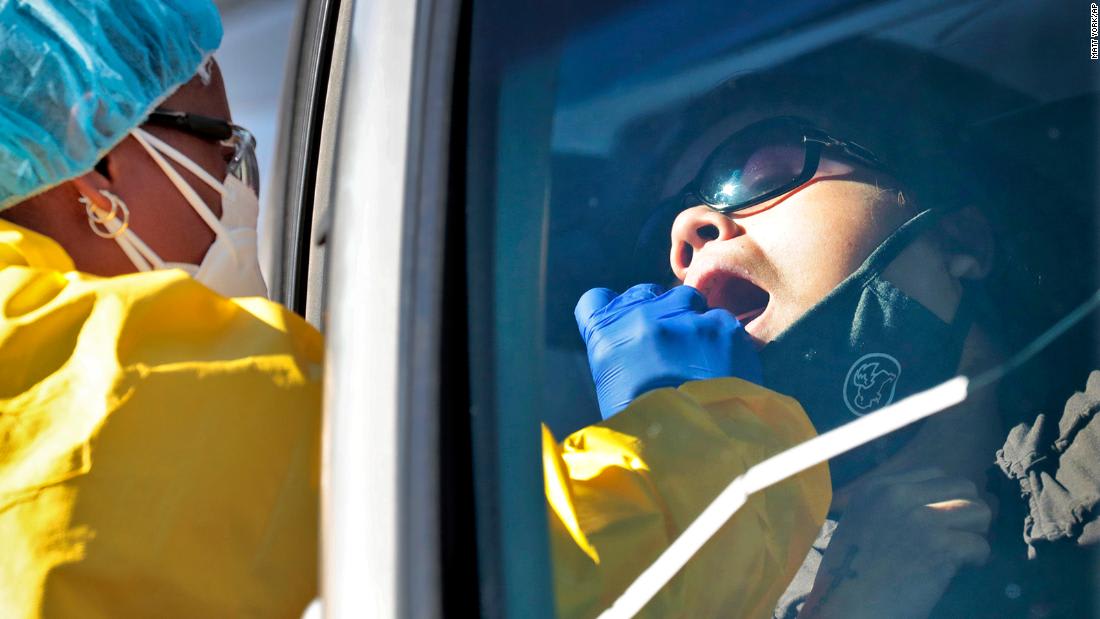 Hundreds of devotees are expected to participate in one of India's most celebrated religious processions Tuesday, after the country's highest court ruled that the annual spectacle could go ahead in a limited capacity despite the high coronavirus risk.

The annual Rath Yatra festival, which takes place in the coastal city of Puri in the western state of Odisha, celebrates the Indian deity of Jagannath and lasts for more than a week.

The Supreme Court had previously ruled against the Hindu celebration, saying the risk of coronavirus infection was too high with more than a million people expected to attend.

However, the Odisha state government promised to conduct the festival in a "limited way," and asked the court for an injunction, leading to the Supreme Court overturning its own order on Monday. 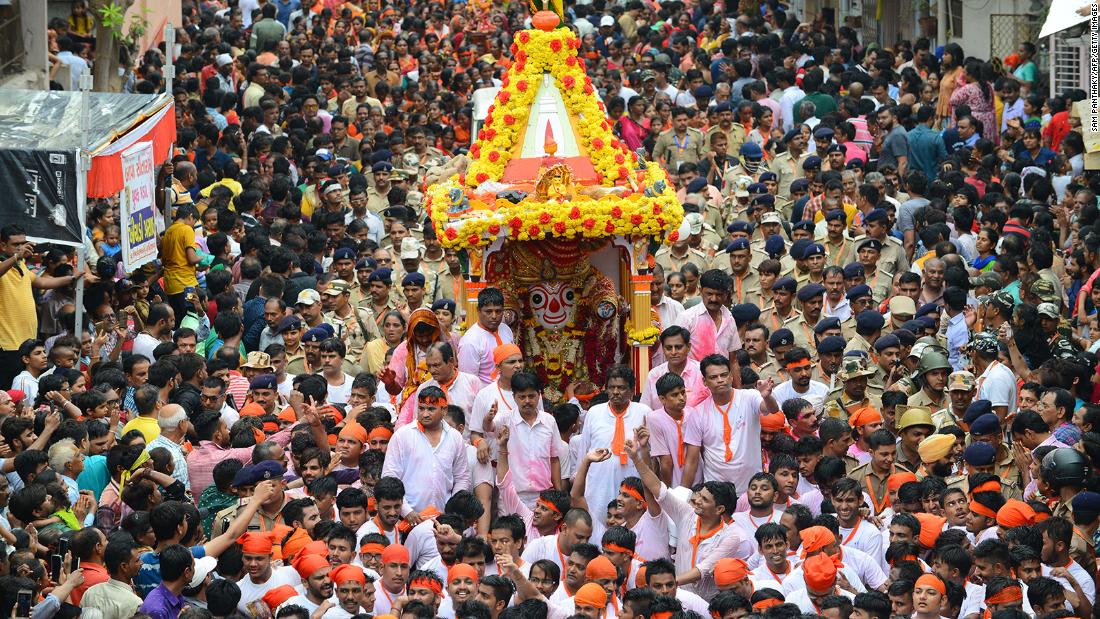 The district of Gütersloh in Germany's North Rhine-Westphalia state now says that 1,553 workers at the giant Tönnies meat processing plant have contracted the coronavirus.

Lockdown of the district is still under discussion. The prime minister of North Rhine-Westphalia will hold a news conference at 10:30 a.m. local time (4:30 a.m. ET).

The outbreak has prompted the closure of daycare centers and schools in the region and the Robert Koch Institute, a public health body, linked a spike in Germany's overall coronavirus reproduction rate directly to the plant.

The plant is one of several meat processing factories now facing scrutiny after coronavirus outbreaks highlighted the poor working and living conditions faced by the industry's many foreign workers.

Read more about the outbreak at the plant: 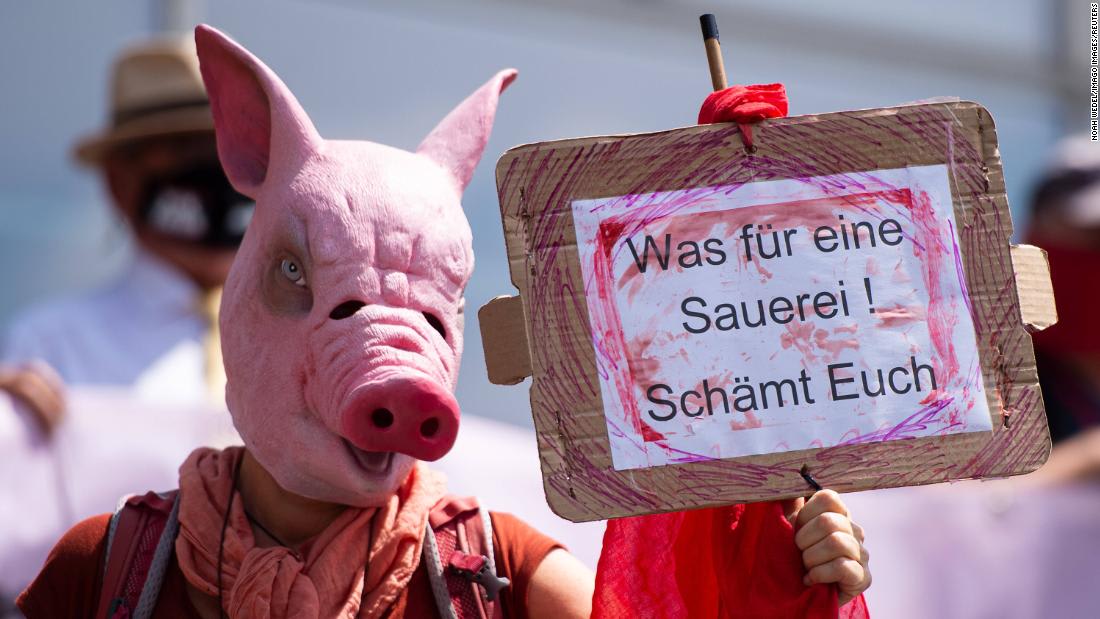 US President Donald Trump is now paying a direct, personal price for his pandemic denial -- the possible shelving of the thing he cares about most, the raucous rallies that defined his political rise and are crucial to his reelection hopes.

Trump spent the weekend seething about the disappointing crowd for his comeback event in Oklahoma on Saturday night, according to CNN reporting. His hopes of a full-time return to the campaign trail then took another blow with news that eight staffers and two Secret Service agents at the event are now positive for the coronavirus.

The test results cast Trump's risky decision to go ahead with an indoor rally that doctors fear turned into a super-spreader infectious event in an even worse light. They also show how the virus -- now marching through southern and western states despite Trump's insistence that the US has already "prevailed" in the fight -- is having a disastrous impact on the "Great American Comeback" narrative at the heart of his reelection bid.

Far from easing the political damage caused by the virus, Trump keeps exacerbating it. On Monday, he gave new life to a controversy caused by his remark on Saturday that he told his staff to slow testing for the virus to avoid discovering new cases, which in itself reflected his negligence in responding to a pandemic that has now killed more than 120,000 Americans. 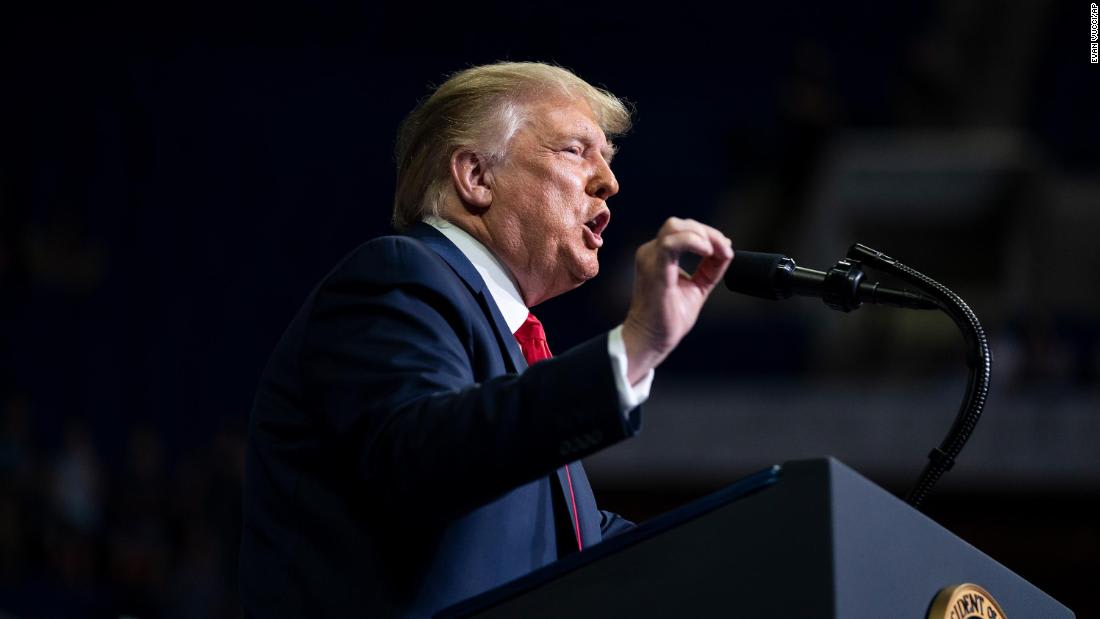 The US Food and Drug Administration is advising consumers not to use hand sanitizer products manufactured by Eskbiochem SA due to the potential presence of a toxic chemical.

The FDA has discovered methanol, a substance that can be toxic when absorbed through skin or ingested, in samples of Lavar Gel and CleanCare No Germ hand sanitizers, both produced by the Mexican company.

Eskbiochem did not immediately respond to a request for comment from CNN.

The FDA recommends that consumers avoid the following brands of hand sanitizers produced by Eskbiochem:

Kathleen Sebelius, former secretary of the US Department of Health and Human Services, says that while the country is doing more testing for Covid-19, we are still “way behind the virus.”

“We are still reacting. We’re not ahead of it,” Sebelius told CNN’s Anderson Cooper on Monday. “The only way to get ahead of the virus is to tamp way down the cases in any area, and then test like crazy when a case appears, contact trace, and make sure you quarantine. We can’t do that yet because we are still finding all kinds of people who have the virus.”

Documented cases continue to grow, as do hospitalizations and deaths in some parts of the country. “We are still not testing enough,” Sebelius said.

Sebelius was critical of US President Donald Trump, who told supporters at a rally Saturday that testing was “a double edged sword.”

"I said to my people, 'Slow the testing down, please,' " he said. Soon after Trump made the comment, White House officials asserted the President was joking.

“We are still not testing enough, but he’s a man who doesn’t want ‘his’ numbers -- whatever those are,” Sebelius said. “Those are patients, as far as I’m concerned -- people who have lost loved ones.”

India, with the fourth highest number of coronavirus cases in the world, has now recorded over 12,000 daily new cases for the sixth consecutive day.

More than 248,000 people have so far recovered from the virus in the country, according to the ministry.

The Indian Council of Medical Research said over 7.1 million coronavirus tests have been conducted across the country since the pandemic began.

At least 30,911 new coronavirus cases and 424 deaths were reported in the United States on Monday, according to Johns Hopkins University.

For the latest updates, follow CNN’s map which refreshes every 15 mins:

Disney has announced that Tokyo Disneyland and Tokyo DisneySea will reopen on July 1, according to a tweet from one of the company's official Twitter handles.

The resort has been closed since late February due to the coronavirus pandemic.

This is the last of Disney’s global resorts to announce a reopening date after the mass closures following the outbreak of the coronavirus pandemic.