The United States reported 39,972 new coronavirus cases and 2,425 deaths on Thursday, according to Johns Hopkins University -- the largest one-day jump in cases during the pandemic.

New Jersey added a large number of probable coronavirus-related deaths to its tally on Thursday, making it one of the hardest-hit states, after New York and California.

Update: Johns Hopkins has published updated numbers for Thursday; some of the earlier cases and deaths were assigned to previous days, which contributed to the fluctuation.

Microsoft founder Bill Gates said on Thursday that the current coronavirus picture, both globally and in the US, is "more bleak" than he would have expected.

During CNN's town hall on the coronavirus, Gates said the fact that people are still dying in the US today shows that the country is "not even close" to doing enough to fight the pandemic.

"It's possible to ramp up testing for a new pathogen very, very fast," he said.

"In fact a number of countries did that extremely well in this case and the technology keeps getting better there. The US in particular hasn't had the leadership messages or coordination that you would have expected."

Eight weeks ago, when Gates was last a guest on CNN's Town Hall, the death toll in America stood at 63,000 with more than one million cases recorded.

Today, those figures have doubled: At least 2.4 million cases of Covid-19 have been confirmed in the US, and more than 124,000 people have died, according to Johns Hopkins University data. 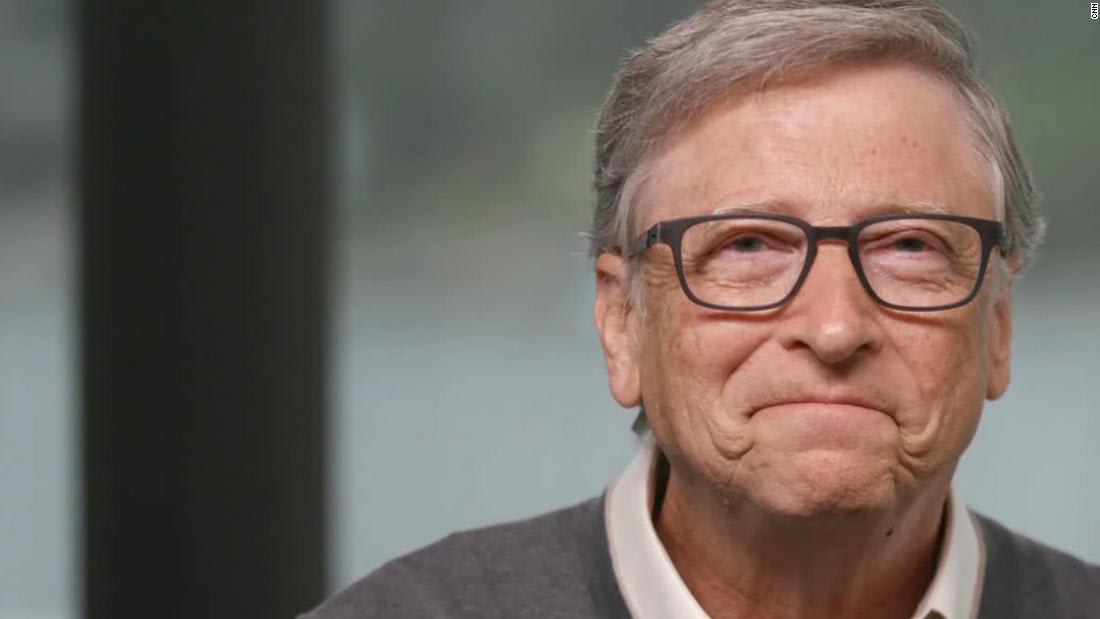 Bill Gates: US 'not even close' to doing enough to fight pandemic

Guests and speakers included Microsoft founder Bill Gates and emergency room physician Leana Wen. They addressed the need for urgent action in the United States, answered questions from viewers, and weighed in on the situation globally. 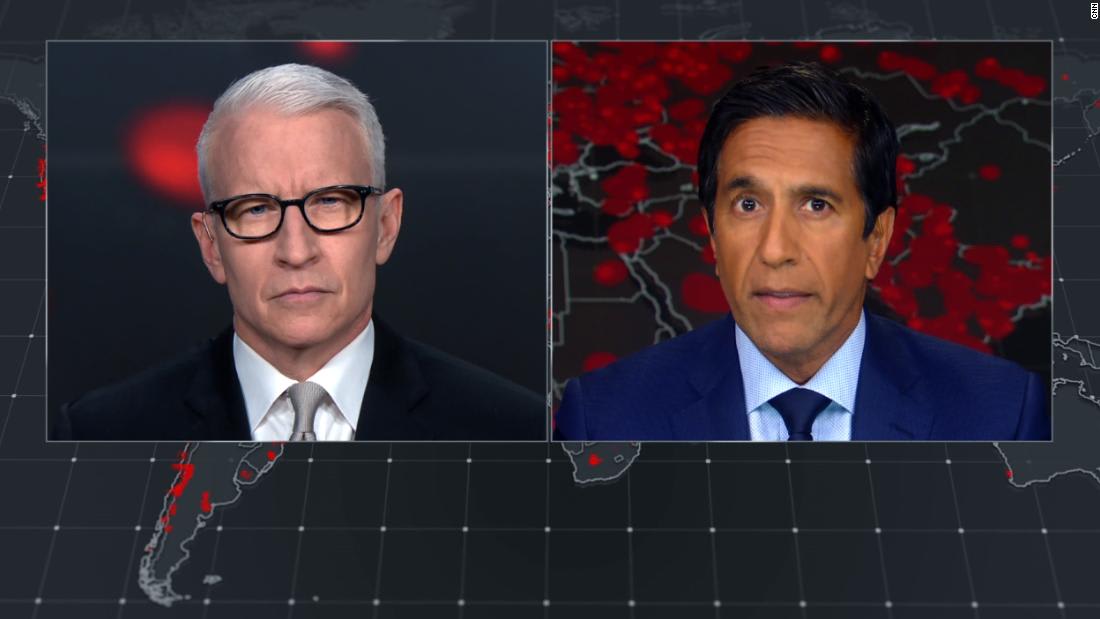 Seven foreign nationals in Singapore were fined, six of whom had their work passes revoked, after being found guilty of breaking the country’s coronavirus restrictions.

In court documents provided to CNN, public prosecutors accused four of the seven offenders of “engaging in a pub crawl amidst the pandemic.” The prosecutors added that all seven had “given the impression that our laws can be disregarded with impunity.”

All seven were convicted on Thursday for gathering when social gatherings were banned. Of the seven, four are British citizens, two American, and one Australian.

The six who had their work passes revoked by the Ministry of Manpower are also permanently banned from working in Singapore. The Ministry said they were among 140 work pass holders who faced similar consequences between May 1 and June 25 for breaching coronavirus restrictions, stay-at-home notices and quarantine orders.

“MOM will continue to take enforcement actions against work pass holders who do not comply with the requirements, including the revocation of work passes," warned the ministry in a statement on Thursday.

On Monday, White House economic adviser Larry Kudlow warned that the country would have to learn to live with "hotspots" popping up around the country in places like Texas, which saw a record number of cases today.

But Dr. Jonathan Reiner, a professor of medicine at George Washington University, argued the idea didn't portray just how widespread the virus' spikes are.

“Calling Texas, for instance, a ‘hotspot’ is like calling the sun a ‘hotspot,’” Reiner told CNN today. “The pandemic is roaring in Texas and Arizona and Florida ... It's a giant problem."

He added that parts of states like Texas will have to shut down, since there is a risk that hospitals will be overrun.

“That would be the responsible thing to do and I’m hoping the leadership in those states has the political courage to do that," he said. "It has to come from the statehouses and we have to have the courage to shut down places where the virus is out of control. There’s no other way to do it.”

The figure marks a 9% jump from the previous highest jump, recorded on Tuesday.

This brings the state's total to 14,859 infections, according to the Department of Health and Human Services.

The state is now indefinitely postponing plans to enter the next stage in its reopening plan.

The United States is facing some "rough sledding" as Covid-19 cases continue to spike around the country, warned epidemiologist Dr. Larry Brilliant.

“If you let everybody out without face masks and without social distancing in the middle of a pandemic, this is what was predicted.” he said. “This is a consequence of our actions and a consequence of not having guidance from the federal government and states that follow and counties that follow."

The US saw its highest daily jump in new cases on Thursday, with more than 37,000 cases reported.

Brilliant added the country needed to take “urgent” action and increase testing, contact tracing, and quarantine and treat people who are sick.

Reopening plans also need to be reevaluated, since indoor spaces like restaurants and beauty salons place people at higher risk.

“It’s not enough to just say, 'I won’t open up anything else,'” Brilliant said. “You have to peel back some of the things that you’ve done, because you can’t fight against a pandemic this way.”

America's single worst day of new coronavirus cases obliterated US President Donald Trump's fantasyland vision of a post-Covid America -- even as he sowed new diversions in an effort to hide the reality of his leadership void in a deepening national crisis.

More than 40,500 new cases of Covid-19 were reported on Thursday, according to Johns Hopkins University. The numbers superseded the previous darkest day of the pandemic, on April 24.

The new data suggests that the aggressive state reopenings championed by Trump, who wants a quick economic reboot to boost his reelection hopes, exacerbated a situation that now seems close to tipping out of control across a swathe of southern states.

And while the President lives in a bubble of his own obsessive political feuds and the embrace of conservative media that rarely dwells on the virus, the reality of a pandemic that may still be in its early changes is beginning to squeeze in on his world.

Task force briefing returns: In a sign that the White House needs to get control of the worsening situation, Vice President Mike Pence will chair the first public briefing of the White House coronavirus task force on Friday in two months.

Senior government public health officials have faded from the scene in recent weeks as Trump has tried to send a message that the US has "prevailed" over the virus and is reopening.

Dozens of Secret Service agents are now self-isolating after several of their colleagues were found to have the virus after traveling to the President's rally in Oklahoma over the weekend.

Multiple Trump campaign staffers have taken the same step, after eight of their co-workers tested positive in the latest sign that Trump's plans for a full resumption of campaign rallies are not only reckless but may prove logistically impossible. 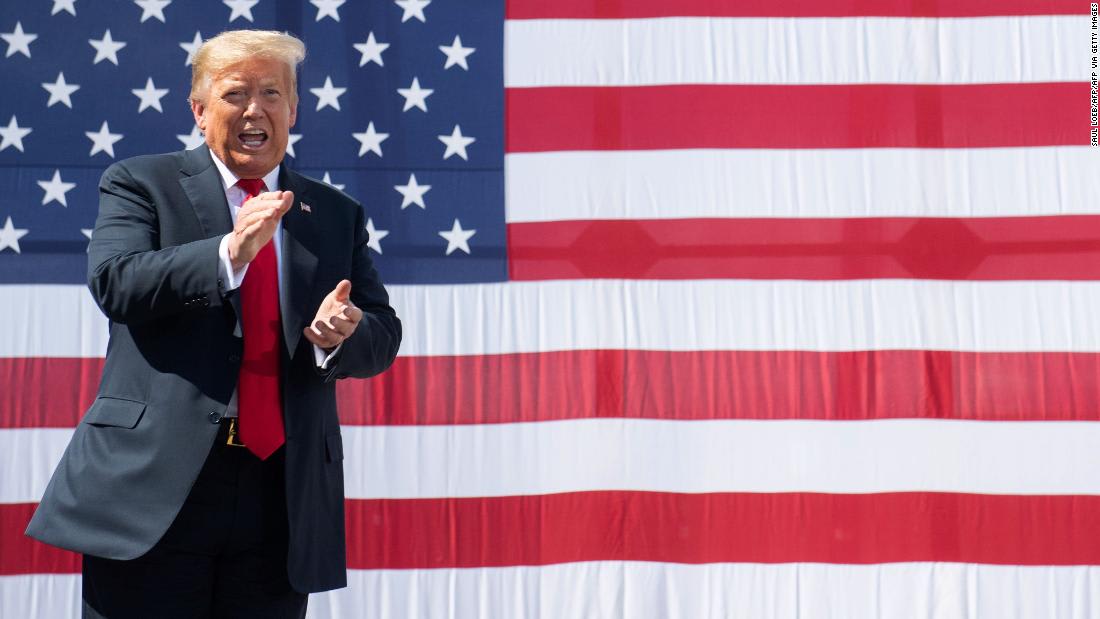 Brazilian President Jair Bolsonaro, who has called Covid-19 a “little flu” and resisted economic shutdowns to combat the virus, paid a rare tribute to the victims of the novel coronavirus in a Facebook Live on Thursday.

Sitting near the head of the Brazilian tourism agency, Gilson Machado Neto, Bolsonaro mentions that a popular Catholic festival will not be held in Brazil’s northeast this year due to “health issues” and referred to the custom of Brazilian radio stations, particularly in the countryside, playing “Hail Mary” on their evening broadcasts.

“I know that many radio programs in Brazil, at 6 p.m., play 'Ave Maria.' So I would like to pay tribute to those who have passed away, victims of the coronavirus, and ask Gilson to play 'Ave Maria,'" Bolsonaro said, prompting Neto to play the mournful tune on his accordion.

After Neto concluded singing, Bolsonaro then turned his attention to a few sheets of paper on the desk in front of him and said: “Let’s talk about the economy here.”