Texas reported its highest daily jump in coronavirus cases on Thursday, with just under 6,000 new infections.

The spike could be a precursor of things to come, warned Dr. Richard Besser, the former acting director of the US Centers for Disease Control and Prevention (CDC).

“The situation in Texas is a warning shot for the situation that could occur in any state where this isn’t being taken seriously enough,” Besser told CNN.

“Part of this comes down to this clash of messages where you hear some political leaders downplaying the seriousness of the pandemic telling people to get back to work, get back to their social lives, while every public health leader in the country is saying this is really serious, this is early days in the pandemic.”

Texas Gov. Greg Abbott announced he is pausing the state’s reopening plans, and asked people to stay at home.

“What we're seeing in Texas is a healthcare system that is in many places on the verge of getting overwhelmed, and we know what that looks like from what happened in New York City. Hopefully the actions that are being taken now, aren't too little too late,” Besser said.

A "super spreader event": A surprise birthday party in northern Texas late last month is now being linked to at least 18 cases of coronavirus.

“These kind of events are what are called super spreader events where, for some reasons that are unknown, a lot of cases occur from the exposure to one or two people. But it's a sign that we have to take this seriously," he said.

In the midst of a global pandemic with the presidential election just months away, the Justice Department asked the Supreme Court on Thursday to invalidate the Affordable Care Act, the landmark health care law that enabled millions of Americans to get insurance coverage and that remains in effect despite the pending legal challenge.

In a late-night filing, Solicitor General Noel Francisco said that once the law's individual coverage mandate and two key provisions are invalidated, "the remainder of the ACA should not be allowed to remain in effect."

The justices will hear arguments in the case sometime next term, although it is unclear if they will occur before the November election.

A partisan conflict: The dispute ensures another major shift in the political landscape during the election season on an issue that has dominated American politics for the last decade. It will be the third time the court has heard a significant challenge to the law. The case pits a coalition of Democratic attorneys general led by California and the House of Representatives, which are defending the law, against the Trump administration and a group of red state attorneys general led by Texas.

What it's all about: At issue is whether the law's individual mandate was rendered unconstitutional because Congress reduced the penalty for remaining uninsured to zero and, if so, whether that would bring down the entire law.

A federal appeals court in December ruled that the mandate was unconstitutional but punted the decision on which, if any, of the law's provisions could be retained back to the district court -- which had previously found the entire law to be invalidated. 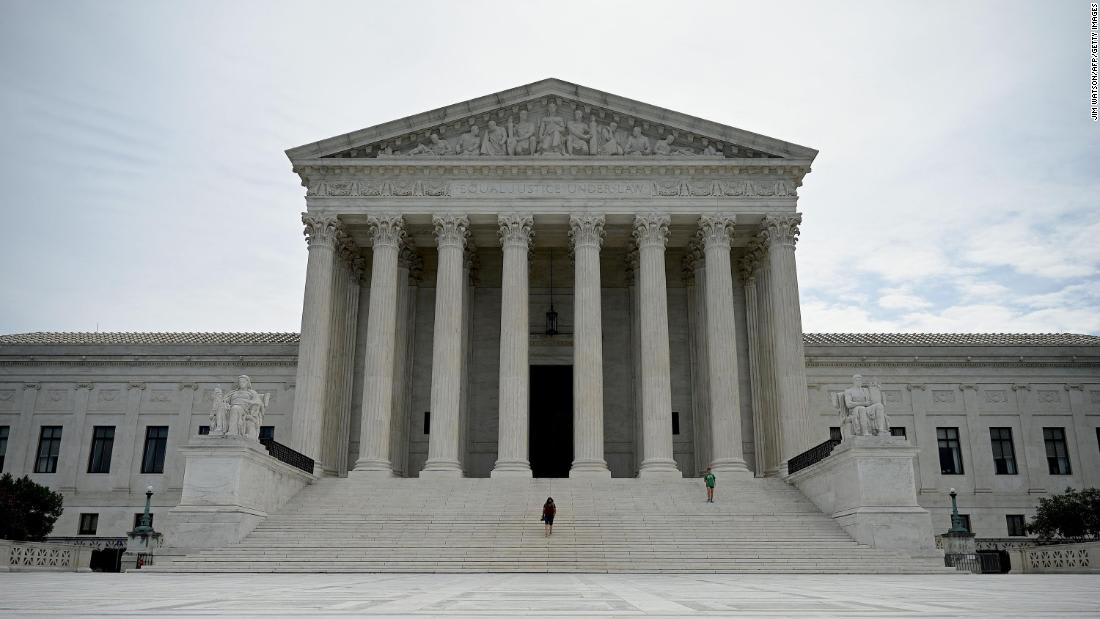 The announcement comes as many states are seeing a resurgence in cases of Covid 19, as others like Oklahoma and Texas are seeing fresh spikes.

The briefing will take place at the Department of Health and Human Services, according to the schedule released by the White House.

US President Donald Trump has tried to declare that the pandemic is "over," despite the rising numbers and has instead focused his administration's energy on reopening the economy.

He has also resumed campaign rallies, despite warnings by health experts on his own task force that the events could be super spreaders of the virus.

The United States saw its biggest single-day spike in new coronavirus cases on Thursday, with 37,077 new infections reported, according to Johns Hopkins University.

Thursday's total eclipses the previous high of new US cases reached on April 24, when 36,291 new coronavirus cases were reported across the country, according to Johns Hopkins data.

China recorded 13 new cases of Covid-19 on Thursday, including 11 in Beijing and two in Shanghai.

The eleven new cases reported Friday morning in Beijing brings the city’s tally to 280 since the onset of a cluster at the Xinfadi wholesale food market.

The Beijing Health Commission has said it will continue to carry out coronavirus tests on its residents, with one official on Monday saying the city can test nearly 1 million people a day using a pool testing method.

A Beijing official on Wednesday said the outbreak at the wholesale food market has “basically been contained."

US states need to do more to drive coronavirus infection rates back down, but they’ve got fewer tools to work with now, Dr. Ashish Jha, director of the Harvard Global Health Institute, told CNN’s Wolf Blitzer Thursday on The Situation Room.

Unfortunately, aggressive action has become politicized, said Jha. “Here we are in the greatest pandemic in a century -- 120,000 Americans dead -- and what we need to do to prevent this from really getting out of control is wearing a mask, maintaining social distancing and washing our hands,” he said. “Instead of politicizing them, I'd like to see our leaders, really double down on those scientific areas of advice, so that we can keep Americans safe.”

There is some good news, Jha said. “We're not seeing the level of death that we saw a couple of months ago, and that's a relief. We've gotten better at treating this disease, and that's a relief. And we have better at testing so we can see these cases,” he said.
“But the downside is, we don't have the ability to shut down -- or not really. We've used that already. And the political space needed to shut the whole country down again, I think, is really limited,” he added.
“If we don't act aggressively now, and just let this go for a little longer, then we can get into that ‘apocalyptic situation.’ I think we all want to avoid it -- and we can, but we’ve got to move fast and we’ve got to move aggressively.”

Dr. Peter Hotez, dean of the National School of Tropical Medicine at the Baylor College of Medicine, has characterized the models for certain metro areas, such as Houston, as “on the verge of being apocalyptic.”

Dr. William Schaffner, professor of Infectious Diseases at Vanderbilt University, is concerned that Covid-19 could be much worse in the fall.

“What I’m concerned about since the virus is now seeded throughout the United States, come the fall, when it kicks up again, it is going to kick up everywhere, and small rural hospitals will find themselves taking care of Covid patients they can’t transfer to the major medical centers because the intensive care units there are already full,” Schaffner told CNN’s Chris Cuomo.
“I hate to be grim, but I’m afraid the second wave this fall could be worse than the first wave we are still experiencing.”

Schaffner said testing has to expand even further, with particular focus on nursing homes, prisons, businesses where there are outbreaks, agricultural workers, and high-risk populations to find out the true extent of the infection in the US.

“It’s spreading much more widely than even the statistics show,” Schaffner said.

Disneyland employee unions are planning a protest on Saturday against the reopening of the Southern California theme park, which announced its decision to postpone the July 17 reopening date.

The Coalition of Resort Labor Unions (CRLU), which represents approximately 17,000 service workers from dozens of unions of the Disneyland resort, is hosting an event called “Disney Caravan For Safety!” on Saturday in front of the park in Anaheim, California.

Last week, CRLU sent a letter to California Gov. Gavin Newsom asking to delay the reopening of the park due to safety concerns.

On Wednesday, Disney said they are delaying the phased reopening of Disneyland and Disney California Adventure but did not announce a new reopening date.

“Although negotiations between the Coalition of Resort Labor Unions and the company are ongoing, Disney has not yet agreed to conditions the CRLU is proposing such as testing,” CRLU said in a news release.