There are at least 2,510,323 cases of coronavirus in the US, and at least 125,539 people have died in the country from the virus, according to Johns Hopkins University's tally of cases in the United States.

Power companies across hurricane-prone states are forced to face a prospect they've never dealt with before: restoring power after a major storm amid a global pandemic.

Long restoration times are likely depending on how the coronavirus plays out during the six-month Atlantic hurricane season, which started June 1 and is predicted to be extremely active.

"While we are committed to restoring power to customers as quickly as possible following a hurricane, I am not willing to sacrifice safety for speed," Florida Power & Light Company President and CEO Eric Silagy noted Friday after the company concluded its two-week storm preparedness drill.

"The No. 1 priority of every employee and contractor working to restore power is to return home safely to loved ones," he said. "This has always been at the core of our hurricane response and it remains at the heart of everything we do this hurricane season."

It means everyone living in hurricane-prone communities must be ready to be without power longer following a major hurricane. Just as important is adding hand sanitizer and face masks to a storm-preparedness checklist, as well as checking with local emergency management officials for changes to shelters and evacuation orders due to the coronavirus. 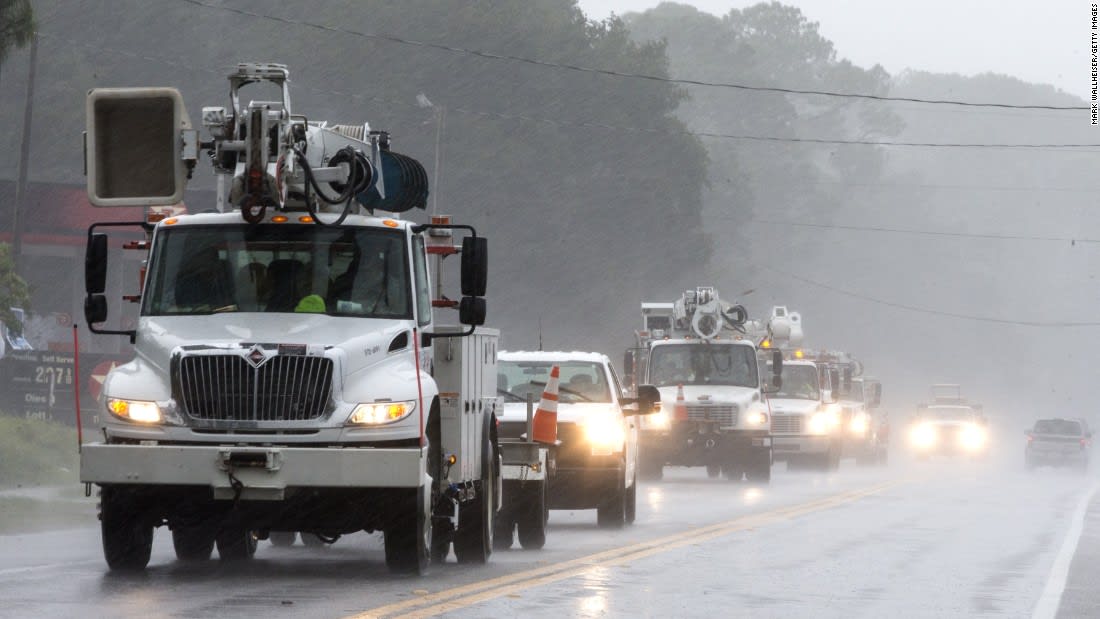 The United States is in uncharted territory, on an exponential path to becoming a Covid-19 pariah and an unreliable ally to its friends.

America's fall in global esteem is turning into an international horror show as the world watches the superpower struggle to match the efforts of many poorer nations to get the coronavirus pandemic under control.

Three-and-a-half years of President Donald Trump in office has changed America's international reputation and perhaps its future role in a way that seemed unimaginable when he took the oath of office on the steps on the Lincoln Memorial on January 20, 2017.

He set the tone in the drizzle that day: "We must protect our borders from the ravages of other countries making our products, stealing our companies, and destroying our jobs."

Three days after his inauguration, he abandoned the Trans-Pacific Partnership, a potentially lucrative 12-nation Pacific trade deal. Executive Order 13769 swiftly followed, banning citizens of seven Muslim nations from travel to the US.

So when European Union leaders gathered in Malta for an emergency summit in February 2017, "America First" was very much on their minds. EU Council President Donald Tusk wrote to the bloc's leaders: "The change in Washington puts the European Union in a difficult situation; with the new administration seeming to put into question the last 70 years of American foreign policy."

Chinese industrial firms have posted profit gains for the first time in 2020, the National Bureau of Statistics said Sunday.

In May, firms reported a 6% rise in profits, year on year, the National Bureau of Statistics said Sunday in a statement. By comparison, profits in April fell by 4.3%, compared to the same month last year.

The bureau said May's results are an indication that business activity is slowly improving. Lockdowns across China in February to contain the coronavirus outbreak caused many businesses to stop working.

Another 410 deaths due to the pandemic were recorded, according to India’s Health Ministry.

The west Indian state of Maharashtra has the highest number of coronavirus cases in the country, with 159,133 reported cases.

That's followed by national capital Delhi, which has reported 80,188 cases.

A new 10,000-bed Covid-19 treatment facility is set to open in south Delhi this week.

It will be India's largest Covid-19 facility.

Starting Sunday, 2,000 beds will be operational, while the remaining 8,000 beds will come into use from Wednesday, according to the Delhi government.

“This 10,000-bed center would provide huge relief to the people of Delhi,” tweeted Shah on Saturday.

The Indo-Tibetan Border Police have taken over the facility and will oversee its administration and operations, confirmed the home minister.

"I applaud our courageous ITBP personnel, who would be operating this Covid care facility during these trying times. Their commitment to serve the nation and people of Delhi is unparalleled," Shah tweeted.

As of Sunday, Delhi has reported 80,188 coronavirus cases, including 2,558 deaths, according to India’s Health Ministry.

There are at least 2,510,151 cases of coronavirus in the United States, including at least 125,539 deaths, according to Johns Hopkins University's tally.

On Saturday, Johns Hopkins reported 42,597 new cases and 500 additional deaths. The totals include cases from all 50 states, the District of Columbia and other US territories, as well as repatriated cases.

All those returning to the Australian state of Victoria will need to test negative for coronavirus before being released from quarantine, says Victoria premier Daniel Andrews.

Victoria is the only state in Australia that has been testing returned travelers twice – on day three and day 11.

Starting Sunday, the day 11 test will become mandatory and those who refuse to comply will be required to remain in quarantine for another 10 days.

Andrews also said that some suburbs could be put under a stay-at-home order or some sort of lockdown, if needed.

“I’m not announcing that today, but there’s been some talk in the media today about those sort of suburban lockdowns," he said. "I’m hoping it doesn’t get to that.”

The background: Victoria has seen a spike in cases over the past two weeks. Last Friday, the state said it would launch a targeted testing program, allowing residents in 10 suburbs to receive free testing for the next 10 days.

In total, 40,000 tests have been conducted since the program was launched.

Andrews said the current situation is “much like a bushfire."

"Putting this out is challenging, containing it, though, is something that we can do.”

China has reported 17 additional cases of coronavirus, according to the National Health Commission (NHC).

That number included 14 locally transmitted cases in Beijing, which is dealing with a fresh outbreak. The other three cases were imported cases.