As the neighboring United States continues to see an increase in Covid-19 cases, hospitalizations, and deaths, Canadian Prime Minister Justice Trudeau said Monday that his country is "continuing to move in the right direction."

"After a very challenging spring, things are continuing to move in the right direction," Trudeau said during his daily briefing. "Nationally, the number of cases, hospitalizations, and deaths is declining over time and that's because Canadians are doing their part. You took this seriously. You followed public health instructions and made sacrifices so we could get this virus under control."

Trudeau said his government is continuing to watch the US and will put "the safety of Canadians at the very top of our priority list."

He said safety is the reason he decided to extend the border measures with the US until July 21.

"What the situation we are seeing in the United States and elsewhere highlights for us is that even as our economy is recovering, we need to make sure we are continuing to remain vigilant individually and collectively," Trudeau said. "We need to continue to be careful even as we reopen so we don't lose all the significant progress we made through some very difficult sacrifices by Canadians over the past couple of months."

Trudeau said his government will continue working with the US to determine what measures will need to be in place come August.

While Trudeau said his government will continue providing updates on Covid-19 statistics, he announced he will be reducing the number of coronavirus-related briefings to a few times a week.

Monroe County, along with all municipalities in the Florida Keys, will be closing beaches beginning at 5 p.m. on July 2, through the morning of Tuesday, July 7, according to Monroe County Public Information Officer Kristen Livengood.

The city of Key West said in a statement that its beach closure is being done “to avoid large crowds gathering during this Covid-19 pandemic. The closure dovetails with that of Monroe County’s beaches to help send a clear message of safety.”

In that statement, Key West city officials added that “masks are required inside establishments, though they can be removed – once you’re seated – to eat in a complying restaurant.

Masks are also required outdoors when you are unable to remain six feet from others, such as walking down a crowded sidewalk. In addition, you are required to carry a mask when you leave your house, in case you find yourself in a situation in which social distancing is impossible.

These measures rely on the personal responsibility of each of us. These directives are put in place to ensure the continued health and safety of our community and our economy.”

The Florida Keys joins other parts of the state, including Miami, Fort Lauderdale and Palm Beach, that will close beaches Fourth of July weekend as officials keep a cautious eye on the rapidly rising number of new coronavirus cases in Florida.

European Union member states had been given till lunchtime tomorrow to sign off on a list of 15 non-EU states that would be allowed to travel into the bloc, two EU diplomats, who were not permitted to speak on the record about EU policy that is not yet formally agreed, have told CNN.

As expected, the US was not included in the list of nations allowed.

The first phase was only expected to include countries whose current coronavirus data shows they are handling the pandemic at least as well as the EU. The US does not currently meet this criteria, and it's unclear when it might be considered for inclusion on any EU safe travel list.

The list of approved countries includes China, where the virus originated, on the condition that China offered reciprocal arrangements.

The other 14 countries are:

The EU is also working on guidelines for how member states would lift travel restrictions, as border control is not handled at an EU level.

The governor of the Brazilian Federal District, Ibaneis Rocha, has signed a decree declaring “a state of public calamity” in the region — which includes Brazil’s capital Brasilia — due to the rapid advance of Covid-19 cases.

"A state of public calamity is declared within the Federal District, due to the pandemic caused by the new coronavirus SARS-CoV-2," the decree states.

The measure, published on Monday morning, will stay in place “while the effects of the pandemic caused by the novel coronavirus persist in Brazil.”

With the official decree, the Federal District will be legally allowed to receive resources from the federal government, such as social benefits, insurance claims, and the extension of federal loan payments.

The decree comes at a time of a significant increase in the number of cases of Covid-19 in the Federal District and after rallies both for and against President Jair Bolsonaro took place in the capital.

Last week, a federal judge ordered Bolsonaro to wear masks at all public events in the Federal District, after he was seen attending public events without one.

What the numbers say: According to the Brazilian health ministry, between June 21 and June 28, the number of confirmed coronavirus cases in the Federal District grew more than a third and reached a total of 44,905. The death toll in the same district has increased from 423 to 548 while bed rate occupation in intensive care units was at 88% on Monday.

Greece says it will extend an already existing ban on direct flights from the UK as the country gets ready to further open up travel starting July 1.

The Greek government in a meeting today decided to extend the ban until July 15. The current ban was due to end July 1. Direct flights from Sweden will also not be allowed until July 15.

When it comes to countries outside the European Union, Greece intends to comply with the list compiled by the EU, the Greek government said.

Prime Minister Kyriakos Mitsotakis said that “the whole opening process is dynamic and data will be constantly evaluated.” He added that the country is properly prepared at all levels to provide maximum security to both visitors and residents.

Several beaches across Florida are closed for the Fourth of July weekend due to coronavirus concerns. However, that’s not the case yet for residents of St. Petersburg who have access to beaches within driving distance in their county.

Mayor Rick Kriseman says he thinks that it’s a policy that the county has to consider.

“I think it's a policy [the county officials] have got to consider as we come up to July 4 weekend. We know it's always a busy time at our beaches that weekend.”

Kriseman also criticized Florida Gov. Ron DeSantis for not implementing statewide policies at this time to combat the surge in cases, and instead, leaving it up to the local governments to take action on a number of issues such as beach closures and wearing masks.

“This should be a statewide policy, but we don't have the leadership right now from the administration and the governor's office,” he said. “If we're going to get a handle on this, we need to be acting collectively, not just piece-meal, where individual local governments are putting policies in place.”

In further criticism, Kriseman said that DeSantis has been “very inaccessible” to mayors across Florida, which is an impediment to statewide action against the virus.

Kriseman also dismissed DeSantis’ claims that the surge in cases is partially due to a backlog in tests.

St. Petersburg, Florida, was seeing a percentage of 1.5% to 2% positive cases on a two-week rolling basis in late April and early May. In the last two weeks, the rolling average has risen to 10%, he said.

“That is very disconcerting, and the explanation isn't the number of tests. It's that more people are exposed right now.” 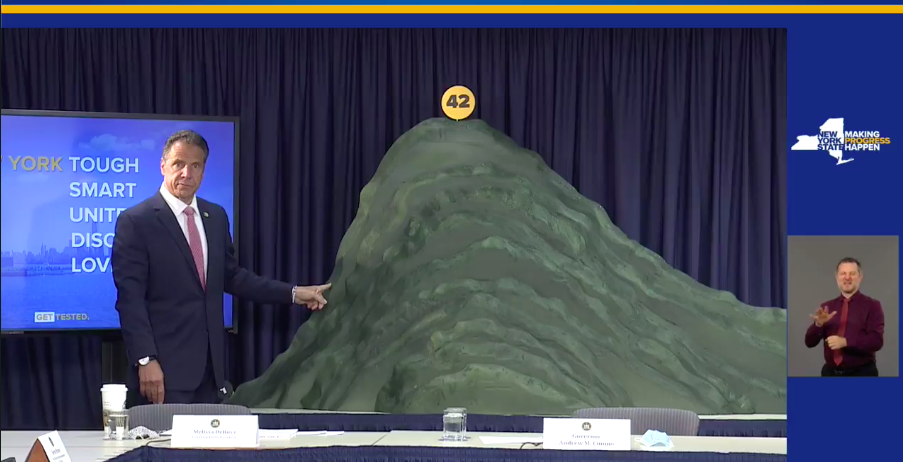