The United States reported at least 41,586 new coronavirus cases and 338 deaths on Monday, according to Johns Hopkins University.

The Australian state of Victoria has reintroduced lockdown measures on 10 suburbs around Melbourne following a recent spike in coronavirus cases.

A stay-at-home order will come into effect at 11:59 p.m. local time on July 1 and last until July 29 in 10 affected postcodes, according to a statement from Victorian Premier Daniel Andrews.

"If you live in these locations, there will again only be four reasons to be out:
"Shopping for food and supplies, care and caregiving, exercise, and study or work – if you can’t do it from home," the statement said.

Beauty parlors, gyms, libraries and swimming polls in these areas -- which have only recently reopened -- will once again be restricted, while cafes and restaurants will revert to takeout and delivery only, according to the statement.

To date, Japan has reported a total of 19,305 cases, including 712 infections linked to the Diamond Princess cruise ship. The death toll in the country stands at 985, with 13 fatalities associated with the ship.

At least 107 coronavirus cases have been linked to a bar in East Lansing, Michigan, health officials said.

The Ingham County Health Department is asking patrons who visited Harper's Restaurant & Brew Pub between June 12 and June 20 to self-quarantine and report cases of Covid-19, the department said in a statement.

The number of positive cases linked to the bar has risen rapidly since it was first reported Tuesday. Initially, 14 positive cases were reported; that jumped to 34 on Wednesday. By Saturday, that had risen to about 85, Vail said.

"Harper's re-opened at 50% capacity on June 8th according to the Governor's executive order, and have welcomed back our employees and numerous customers to our restaurant and brewpub. The extraordinary exuberant response to our re-opening has been beyond our expectations," the statement on Facebook read.

In one of the most drastic rollbacks of reopenings yet, Arizona is closing bars, gyms, movie theaters and other businesses for 30 days amid a "brutal" increase in Covid-19 cases, Gov. Doug Ducey said Monday.

Water parks and tubing must also close, Ducey said at a news conference, and events with more than 50 people are prohibited.

The pullback comes as the state has seen a surge in Covid-19 cases recently. There are now almost 75,000 reported infections, up from 46,689 cases 10 days ago.

"Our expectation is that next week, our numbers will be worse," Ducey said. "It will take several weeks for the mitigations we are putting in place to take effect."

The largest increase is from those between the ages of 20 and 44 who now make up 22% of hospitalizations in Arizona, Ducey said.

Sixteen other states have either pulled back on reopenings or have put them on pause as their cases jump. Bars were ordered to close back down in Texas and parts of California. In some of South Florida, beaches were directed to close again during the upcoming holiday weekend, and on-premises alcohol consumption has been suspended in bars statewide.

Several players have decided to opt out of the rescheduled Major League Baseball season due to health concerns amid the coronavirus outbreak.

Washington Nationals infielder Ryan Zimmerman and pitcher Joe Ross will not be playing the 2020 season, the team confirmed on Monday. Arizona Diamondbacks right-handed pitcher Mike Leake also has decided not to play this season, according to a statement from his agent.

Monday night, Colorado Rockies outfielder Ian Desmond posted an emotional message on Instagram stating he will also be opting out of playing this season. The 34-year-old, who is biracial, made reference to the ongoing racial tensions in the country and the pandemic as why his family needs him at home.

"The COVID-19 pandemic has made this baseball season one that is a risk I am not comfortable taking," his post reads.
"With a pregnant wife and four young children who have lots of questions about what's going on in the world, home is where I need to be right now. Home for my wife, Chelsey. Home to help. Home to guide. Home to answer my older three boys' questions about Coronavirus and Civil Rights and life. Home to be their Dad." 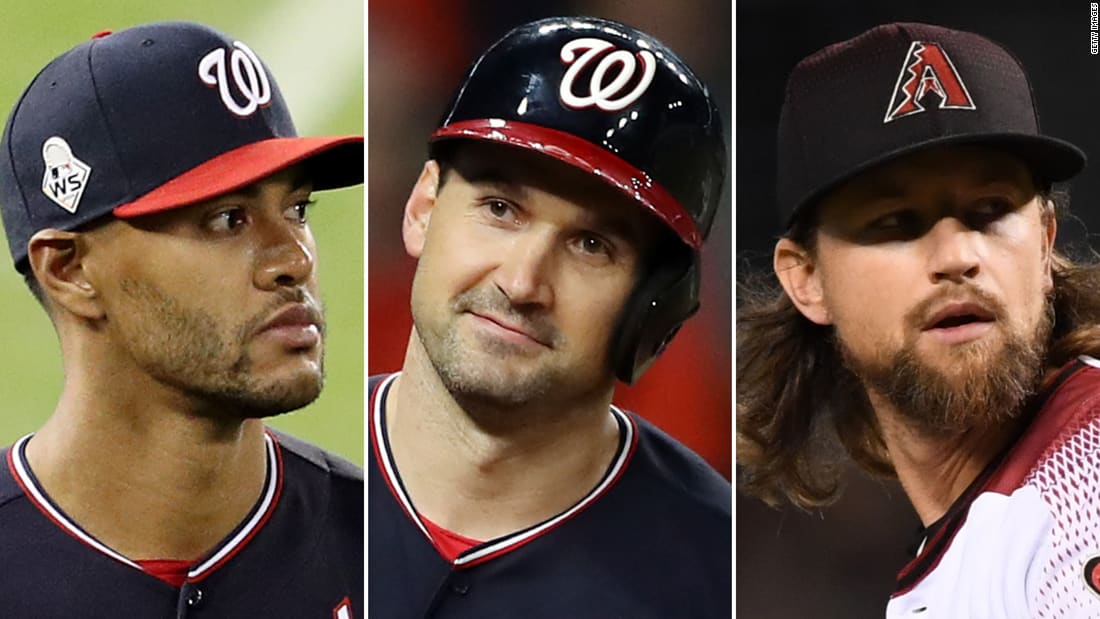 Several baseball players are opting out of the 2020 MLB Season, citing 'personal health and safety'

The summit was scheduled to be held in Auckland in November 2021.

The country's foreign minister Winston Peters said the decision to go virtual was made due to the coronavirus pandemic.

“COVID-19 has seriously impacted how we conduct international diplomacy. That includes hosting APEC. As has occurred with many other international government-to-government events, APEC21 will proceed using virtual digital platforms," Peters said.

The minister added the announcement was made now as it wasn’t practical to wait for several months to get a clearer picture of the virus’ spread.

“Given the current global environment, planning to have such a large volume of high-level visitors in New Zealand from late 2020 onwards is impractical,” Peters said.

The University of Washington has slightly lowered its projection of how many people are likely to die from coronavirus in the United States by October 1.

The university’s Institute for Health Metrics and Evaluation (IHME) now forecasts 175,168 total deaths by October 1, based on the current scenario. But if almost everyone wears a face mask, that number would fall to just over 150,000, the IHME projected.

Last week, the IHME forecast 179,106 deaths by October 1 if nothing changed but said that would drop to 146,000 if 95% of Americans started wearing masks in public.

The current model shows daily deaths leveling out starting this week -- at 630 or so deaths a day -- and staying fairly constant if states continue to ease their restrictions on economic activity. It shows daily death rates dropping fast to just 71 deaths a day with universal mask requirements, however.

So far, according to Johns Hopkins University, more than 2.5 million Americans have been diagnosed with coronavirus infections and at least 126,000 have died.

There’s no proof reclosing bars and night clubs and other businesses will slow the resurgence of coronavirus in parts of the United States, according to Dr. Peter Hotez, an infectious disease specialist and dean of the school of tropical medicine at Baylor College of Medicine.

“So far, most of the governors have not been willing to do that full lockdown that was so successful in New York in the northeast back in March, April,” Hotez told CNN’s Anderson Cooper.
“So they’re trying to see if they can do this surgically, meaning just close bars or 50% restaurants and encourage use of masks or in some cases mandate masks and stop short of that full lockdown,” he said.

Many states such as Florida, Texas and Arizona are taking piecemeal steps on the local level in lieu of full lockdowns to try and flatten the curve again. Some cities and counties are mandating mask use while others are not.

Hotez said they’re trying to “have their cake and eat it,” too.

“My point is, what's the evidence that that will work? Have they been looking at epidemiologic models, working with the scientists to actually see what the impact of all these surgical strikes are, whether they're going to have a reduction in the number of cases, and that I haven't seen.”
“So what they're trying to do is they're trying to keep the economic opening going, hoping that the surgical measures might also work,” he said.

Hotez also expects the thousands of new cases throughout the country will result in deaths over the upcoming weeks and he expects, once again, low-income minority communities will fare the worst.