Coronavirus task force member Dr. Anthony Fauci issued a stark warning on Tuesday to lawmakers on Capitol Hill, telling them he wouldn't be surprised if the US sees new cases of coronavirus rising to a level of 100,000 a day.

"We are now having 40-plus thousand new cases a day. I would not be surprised if we go up to 100,000 a day if this does not turn around and so I am very concerned," Fauci told the Senate Health, Education, Labor and Pensions Committee during a hearing on the pandemic on Tuesday.

Fauci expressed dismay over people congregating in crowds and not wearing masks and inadequate attention being paid to guidelines on reopening.

"We're going to continue to be in a lot of trouble, and there's going to be a lot of hurt if that does not stop," he said.

The urgent message came during a hearing on the latest efforts by the US government to contain the pandemic, as several states struggle to contain the virus amid rising cases and state reopenings. The US reported more than 40,000 new Covid-19 cases on Friday, its biggest daily jump yet. 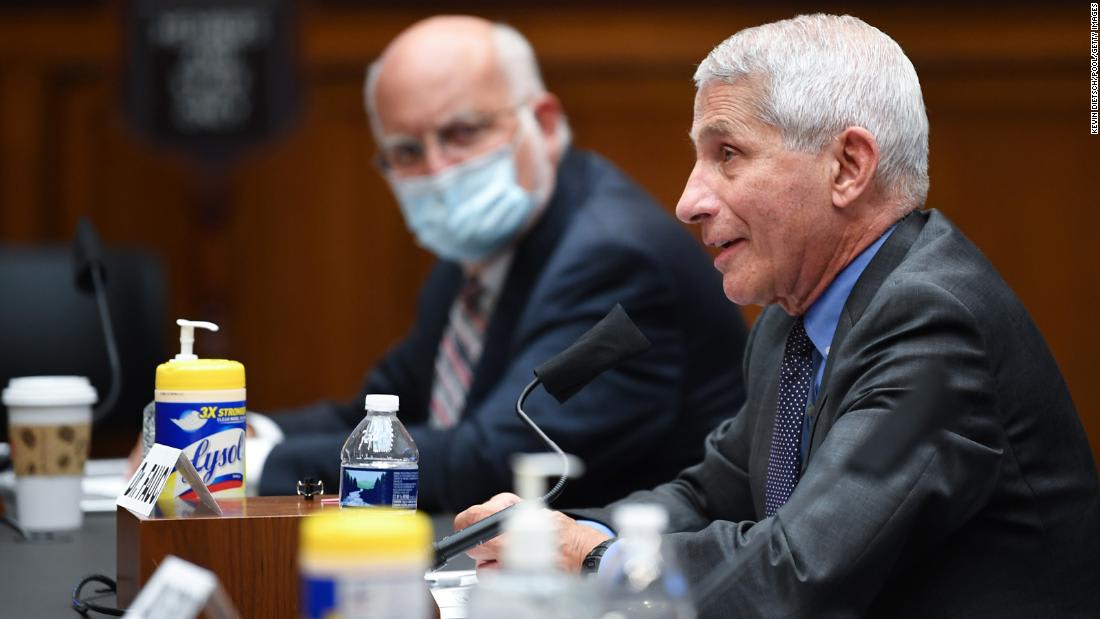 The Chinese government has approved the use of an experimental Covid-19 vaccine for the country's military -- the latest step in a global race to stop the deadly disease caused by the novel coronavirus.

The vaccine, known as Ad5-nCoV, was jointly-developed by the Beijing Institute of Biotechnology -- part of the Chinese government's Academy of Military Medical Sciences -- and vaccine company CanSino Biologics.

In a statement to the Hong Kong Stock Exchange on Monday, CanSino announced that China's Central Military Commission had given the vaccine a "military specially-needed drug approval" on June 25. The special permission will last for one year and will only apply to military personnel.

China has repeatedly insisted that its military has remained unaffected by the pandemic, with officials claiming that the People's Liberation Army (PLA), has not recorded a single coronavirus case.

US observers, however, have cast doubt on the claims, noting that the PLA is the among the world's largest standing armies, making it statistically unlikely that its personnel have not been exposed to the virus.

The United Nations Security Council is expected to adopt a resolution by virtual vote Wednesday, calling on countries to adopt a halt in hostilities to focus on the Covid-19 virus, according to a draft of the resolution seen by CNN.

Almost four months after the World Health Organization declared the coronavirus a global pandemic on March 11, this is the first action by the UN wing tasked with protecting international peace and security. The council was widely denounced for failing to agree on any action as more than 10 million people contracted the virus and various wars continued over several months.

A hot dispute between China and the US blocked agreement for months. The US wanted no mention of WHO and China was furious when the US insisted on blaming Beijing for the virus in the early months of the negotiations.

There is no mention of WHO in the final draft resolution. The resolution does call for "a general and immediate cessation of hostilities in all situations on its agenda and supports the efforts undertaken by the Secretary-General.”

It says a ceasefire of at least 90 days would help “enable the safe, unhindered and sustained delivery of humanitarian assistance” during the coronavirus outbreak. The fight against ISIS and terrorism in Iraq is exempt.

Despite more than 100 countries agreeing with the goal, the UN has acknowledged the impact of the call by UN Secretary-General António Guterres for a ceasefire due to the virus has not had a dramatic impact.

The vote is taking place over a two-day period and will be conducted virtually due to the closure of the council chamber months ago when the outbreak hit.