No social distancing is planned for the event despite the record-high new coronavirus cases in the United States. And the event takes place amid environmental concerns over the use of fireworks in the dry land and as the country engages in a reckoning over its own monuments and racist history.

The 7,500 tickets for Friday's event are lower than the typical visitor flow during the busy summer season. On normal days, 28,000 to 32,000 visitors come to Mount Rushmore during a 10-hour period. Amid the pandemic, the park never closed but visitation has been down to around 20,000 people, said Maureen McGee-Ballinger, Mount Rushmore's chief of interpretation and education.

Coronavirus cases in South Dakota currently remain stable, according to data from Johns Hopkins University, with 6,893 confirmed cases and 97 deaths as of Thursday -- but it remains to be seen how many attendees will travel from other states. Thirty-six states are currently experiencing a rise in new cases.

Despite having nearly 1.5 million Covid-19 cases, experts say Brazil has yet to see the worst of the pandemic. However, the country's second-largest city Rio de Janeiro has started to allow bars, restaurants and gyms to reopen.

Eight Secret Service agents assigned to Vice President Mike Pence's detail ahead of his trip to Arizona tested positive for the coronavirus right before Pence was scheduled to travel there, a law enforcement source told CNN.

The positive tests forced a one-day delay in the trip so the Secret Service could swap in healthy agents, The Washington Post reported. Pence was scheduled to go to Arizona on Tuesday, but delayed the trip until Wednesday.

Ahead of Pence's trip, the state was reporting record highs for both new daily cases and deaths since the state started posting data publicly in mid-March.

Secret Service Director of Communications Catherine Milhoan told CNN in a statement, "The health and safety of our workforce, their families, and that of our protectees remains the agency's highest priority." She said, " The agency continues to operate in compliance with the Centers for Disease Control and Prevention recommendations through the U.S. Secret Service Office of Safety, Health and Environmental Programs."

Pence's trip originally included several more public stops, but the trip was scaled back, amid the recent spike of Covid cases in Arizona.

Singapore has just begun to get its second wave of coronavirus under control. Now, it's on track to face its worst-ever outbreak of another viral infection: dengue.

More than 14,000 dengue cases have been reported in the city-state since the start of the year, according to the National Environment Agency (NEA). The total number for the whole year is expected to exceed the 22,170 cases reported in 2013 -- the largest dengue outbreak in Singapore's history, the agency said.

What is dengue? Dengue is a viral infection transmitted by the Aedes mosquito, the same insect responsible for spreading Zika, chikungunya and yellow fever. It is commonly found in hot, wet regions of the tropics and subtropics during the rainy months.

Only about 25% of those infected show symptoms, which include high fever, severe headaches, muscle and joint pains. Extreme cases can bring bleeding, breathing difficulties, organ failure, and potentially death.

Why is it so bad this year? Dengue cases have grown dramatically worldwide, increasing 30-fold in the past 50 years. There are an estimated 100-400 million infections each year, and about half of the world's population is now at risk, according to the World Health Organization.

Scientists say hotter, wetter weather brought on by climate change has created ideal conditions for female mosquitoes to lay their eggs. Not only are there more mosquitoes, but the rapid urbanization occurring in many Asian nations means that susceptible populations are living in closer contact with disease-carrying insects.

Have lockdown measures made it worse? Another potential factor that worsened the dengue outbreak this year could be the lockdown measures imposed for coronavirus, according to Luo Dahai, associate professor of Infection and Immunity at Nanyang Technological University.

In April, a second wave of infections broke out in Singapore among migrant workers living in packed dormitories, sending daily new infections from below 100 to above 1000 at its peak.

To contain its spread, the government issued a stay-at-home order and closed down non-essential workplaces and schools. These restrictive measures, known as the "circuit breaker," lasted from April 7 to June 1.

"When more people stay at home all the days, there could be more residential mosquito breeding and more opportunities for 'blood meals'," Luo said.

UK Prime Minister Boris Johnson has said that he “bitterly” regrets the number of coronavirus-related deaths seen in care homes, telling British radio station LBC that there were “far too many” lives lost.

“What happened was absolutely tragic, there's no question… we saw far too many lives lost in care homes and we mourn for everyone,” Johnson said Friday.

“I bitterly, bitterly regret every loss of life that we've had,” he added.

Addressing questions over why so many deaths were registered in care homes across the UK, the Prime Minister said he believes several factors must be considered.

The UK government's handling of coronavirus in care homes has been widely criticized.

From March 2, of all hospital deaths in England and Wales involving Covid-19, 15.5% could be accounted for by care home residents, ONS said.

“I think a lot of different things came together...the governance of care homes, getting the messages across, making sure people understood what they had to do to protect against the disease,” Johnson said on Friday.

“I think we'll have to look back at the whole issue of what happened in care homes in great, great detail,” he added.

The European Commission has launched infringement proceedings against 10 European Union member states for failing to protect the rights of passengers when journeys have had to be cancelled as a result of the coronavirus pandemic.

Further action has also been launched against Greece and Italy for failing to protect bus, rail and ferry passengers.

Under EU law, passengers have “the right to choose between reimbursement in money and other forms of refund, such as a voucher” if a flight has been cancelled and are expected to be reimbursed within two weeks.

In the 10 aforementioned countries, the Commission says authorities are only allowing travel operators to “issue vouchers, instead of reimbursement in money,” or taking longer than 14 days to refund passengers.

The Commission says throughout the crisis it has “consistently made clear that consumer rights remain valid in the current unprecedented context and national measures to support the industry must not lower them.”

The 10 countries now have two months to reply and prove to the Commission they have rectified these issues.

Puerto Rico will have some stringent new rules for people traveling to the island amid the coronavirus pandemic.

Gov. Wanda Vázquez Garced said she will sign an executive order that, among other things, will require visitors to provide a negative Covid-19 test result produced within 72 hours of arrival.

"I want Puerto Ricans living in the US mainland to safely come to our island and visit their family members without fear of spreading this virus or infecting a love one," Vázquez said in a statement. "I want tourists and everyone visiting Puerto Rico to feel safe."

If a visitor is unable to bring a negative test result, they will be required to go through the screening process and further tests at the airport and follow quarantine procedures.

The governor said the order will go into effect on July 15. 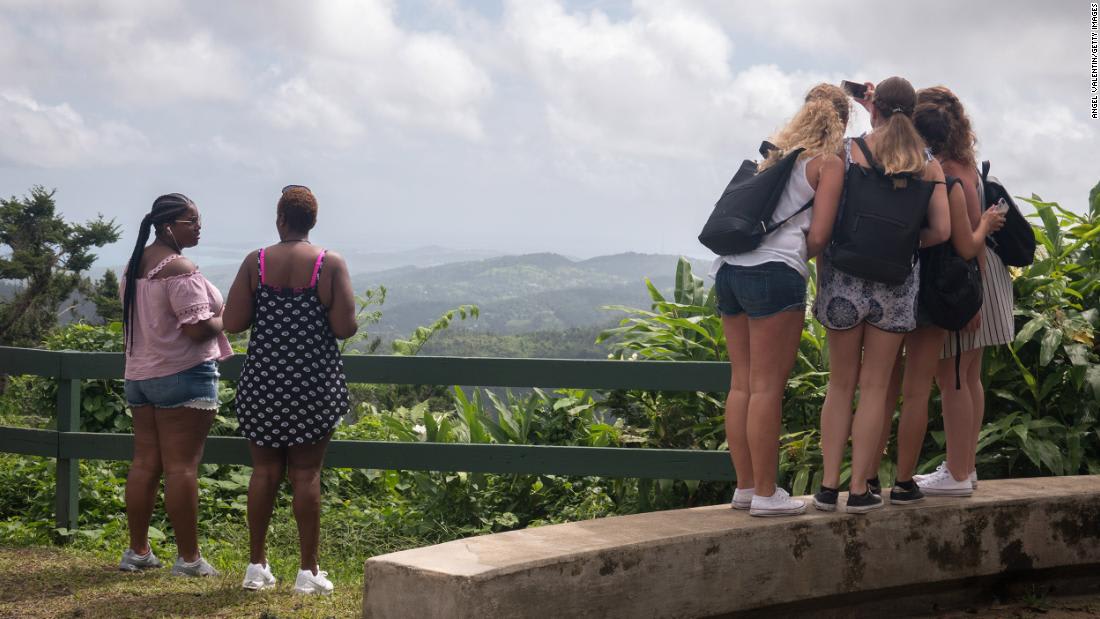 Patience in lifting coronavirus restrictions is paying off all over the world, but lifting lockdowns too early can have deadly consequences.

Three of the four countries with the world's highest death tolls and case counts -- the United States, Brazil and India -- either never properly shut down or started reopening before their case counts began to drop.

Meanwhile, many countries that sustained restrictions until cases started going down have now gotten their outbreaks under control. 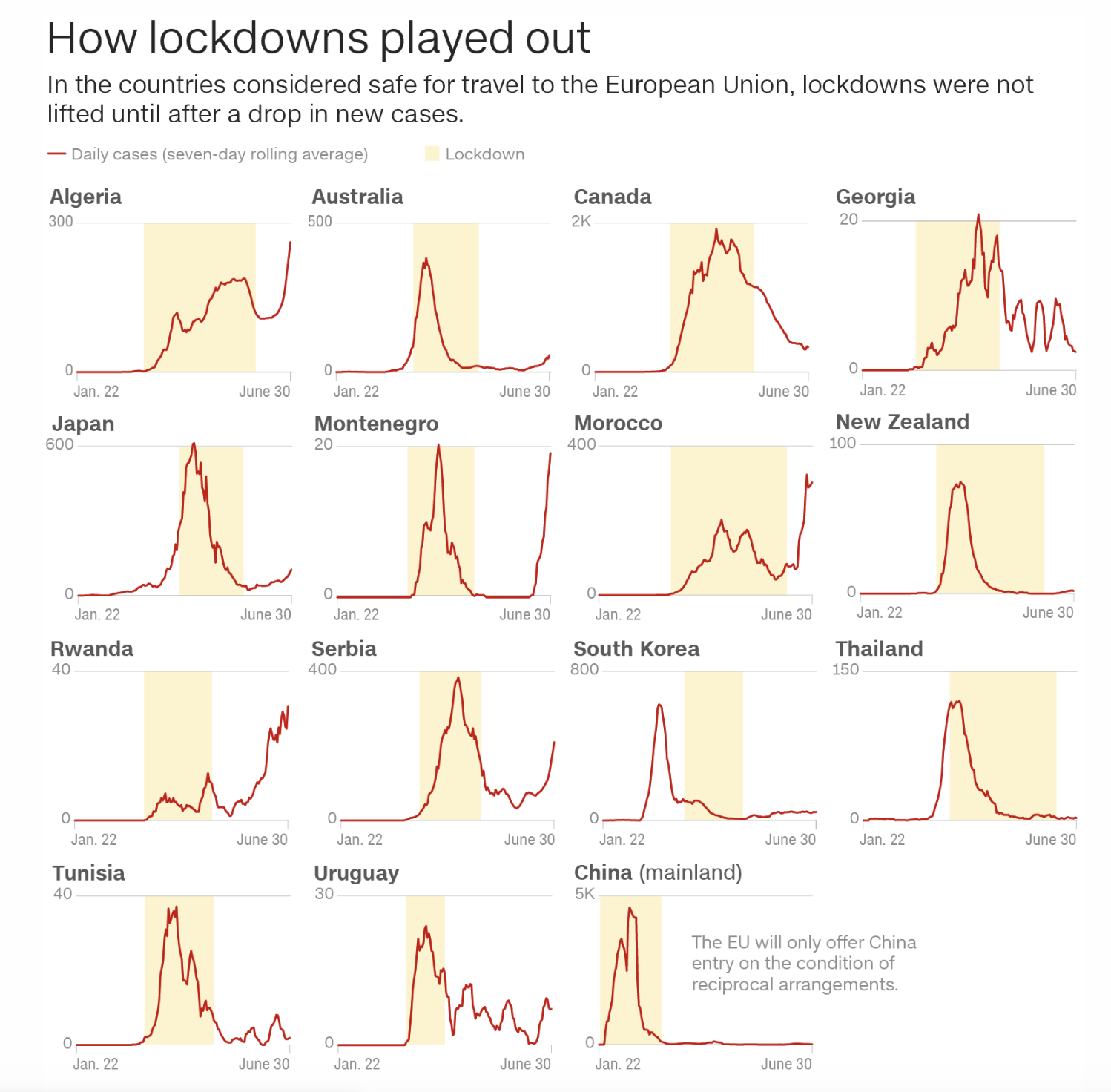 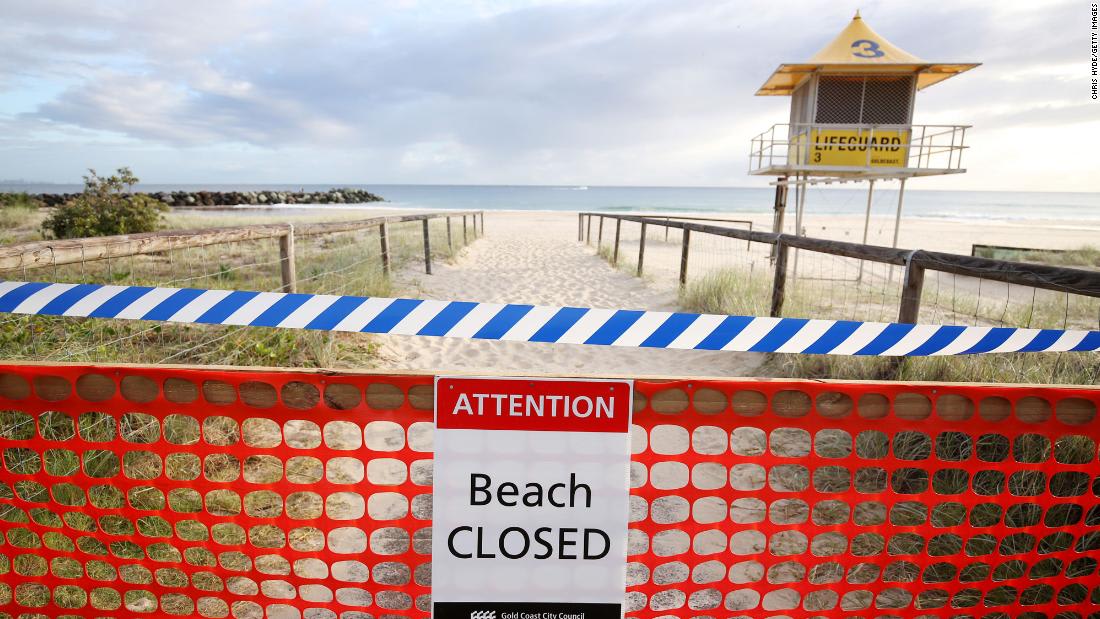 The US, Brazil and others lifted lockdowns early. These charts show just how deadly that decision was

A global study has found strong evidence that a mutated new form of the coronavirus has spread from Europe to the US.

The mutation makes the virus more likely to infect people, but does not seem to make them any sicker than earlier variations, an international team of researchers reported Thursday.

"It is now the dominant form infecting people," said Erica Ollmann Saphire of the La Jolla Institute for Immunology and the Coronavirus Immunotherapy Consortium, who worked on the study. "This is now the virus."

The team's experiments show the mutated version is more infectious than other variations.

"We do know that the new virus is fitter. It doesn't look at first glance as if it is worse," Saphire said.

The researchers call the new mutation G614, and it has almost completely replaced the first version -- called D614 -- to spread in Europe and the US. 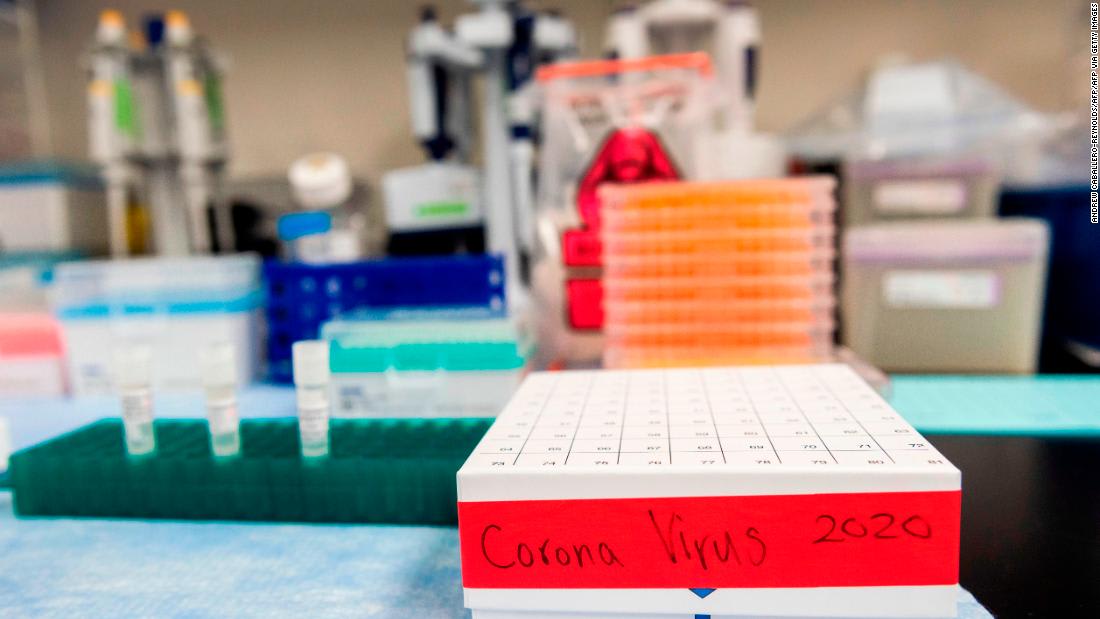