"A predictably busy night and confirmed what we knew, alcohol and social distancing is not a good combination," tweeted John Apter, national chairman of the Police Federation, a staff association for police in England and Wales.

Apter, who was on duty in the southern England city of Southampton, said he and colleagues had dealt with "happy drunks, angry drunks, fights" and antisocial behavior. "What was crystal clear is that drunk people can’t/won’t socially distance," he said.

In a post on Twitter, London's Metropolitan Police urged people to "please be responsible, stay safe and follow social distancing and other guidance that has been put in place" as pubs reopened.

But images taken Saturday night in the central London district of Soho, known for its pubs and bars, showed crowded streets.

However, Inspector Craig Berry thanked "the majority of the public who have acted responsibly throughout Saturday."

Devon and Cornwall Police, in southwest England, said they had received more than 1,000 calls on Saturday from members of the public, mostly related to "drink related disorder."

And in Essex, southeast England, an officer tweeted to say police had made four arrests.

"From what I have seen, although there are some pictures to the contrary, very, very largely people have acted responsibly and this balanced message is so important. People should enjoy summer safely,” he said Sunday.

“You have seen from Leicester and other places we don’t shirk from bringing in drastic measures if that is what is needed to control the virus. But the overall plan has always been through the lifting of the lockdown to try to lift the national measures -- but be absolutely crystal clear we will tackle local flare-ups when we see them."

The governor of the Mexican state of Tamaulipas, Francisco Cabeza de Vaca, tweeted Saturday that hospitals run by the Mexican Institute of Social Security in Reynosa, a city bordering the United States, are too "overcrowded to receive more patients" seeking treatment for coronavirus.

Cabeza de Vaca also used his official Twitter account Friday to urge the Mexican government to establish "greater control of the non-essential flow of people" from the United States into Mexico, noting that the coronavirus situation in neighboring Texas had reached a critical point.

Hours later, Cabeza de Vaca wrote that in the absence of a response from central authorities, his government had intensified efforts "to stop non-essential crossings" at bridges that connect the state of Tamaulipas and the US.

On Thursday, Cabeza de Vaca announced that he had tested positive for Covid-19.

In a video released while in isolation, Cabeza de Vaca said: "Unfortunately, we have seen a great increase in the number of infections in the cities of Reynosa, Nuevo Laredo and Matamoros. I think that we are neglecting many of them, we are relaxing... that is why we are taking extraordinary measures to avoid an increase in the number of infections."

Florida set a US record for coronavirus cases in a single day Saturday, with a total of 11,458 new cases, according to data compiled by Johns Hopkins University (JHU).

Florida has now surpassed New York's previous highest single-day total of 11,434, which was recorded on April 15, by JHU.

There have been 190,052 total coronavirus cases reported in the state and 3,702 total deaths, according to JHU's tally.

Nationwide the United States has recorded at least 2,839,436 cases of coronavirus, including 129,676 deaths, JHU's figures indicate.

In January, 18-year-old Peyton Manker embarked on her journey to make a prom dress entirely out of duct tape for a contest to win a scholarship. After weeks of working on her submission, the Covid-19 outbreak not only canceled her prom but altered the course of her senior year.

Manker was not deterred by the fact that she would not get to wear her dress to prom. Instead, she felt inspired to create a dress that "documents a part of history."

Her coronavirus-themed dress features multiple images depicting life during the pandemic. Her vision for the dress began with wanting to capture her own experience. She represents her unforgettable senior year with a vibrant scene of students attending virtual graduation.

"It wasn't just high schoolers, it wasn't just America, it was the whole world being impacted by the pandemic so I wanted to show that," said Manker, from Sparta, Illinois.

She does so by showing an image of people running away from the giant coronavirus to signify the world trying to avoid catching the disease. Other designs pay tribute to frontline workers and people suffering from mental health issues as a result of the pandemic. 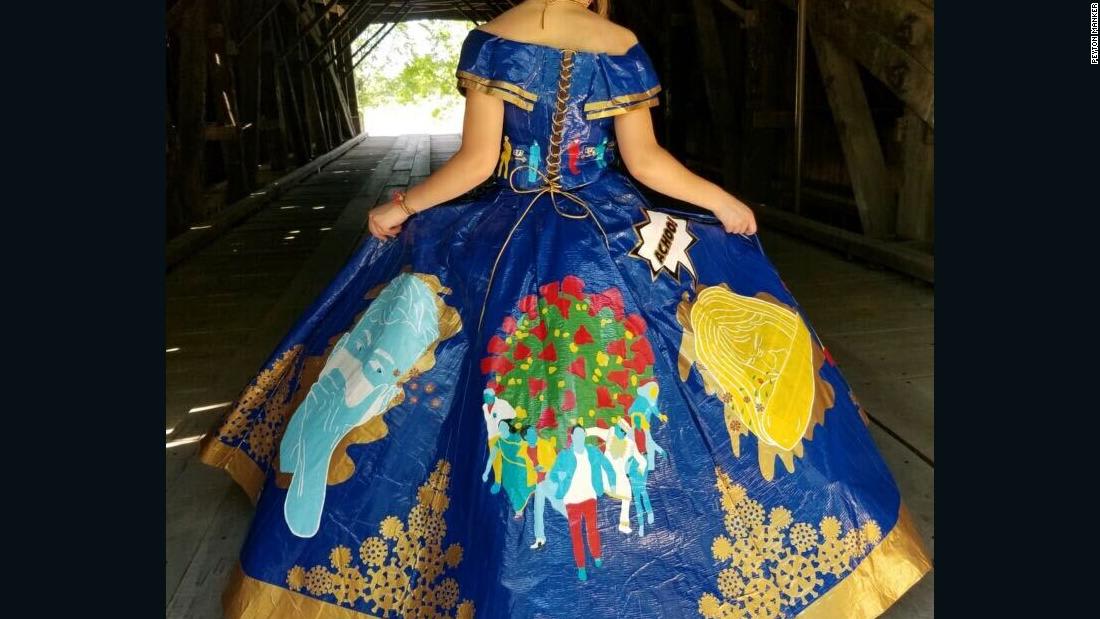 After more than three months of shutdowns, mandatory quarantines, self-imposed exile from society and working from home, nature-lovers looking for a well-earned breath of fresh air could face a possible collision course between coronavirus and tick-borne illnesses this summer.

Noting the mild winter on the US East Coast, Sapi says: "We do have a bad year for the ticks."

Hikers, campers and anyone else eager for an escape could "just explode into the outdoors. And there may not be the same thoughtful approach" to preventing exposure, explains Dr. Sorana Segal-Maurer, director of the Dr. James J. Rahal, Jr. Division of Infectious Diseases at NewYork-Presbyterian Queens health care system.

"I'm a little nervous that their guard may be down just a slight bit," she adds. 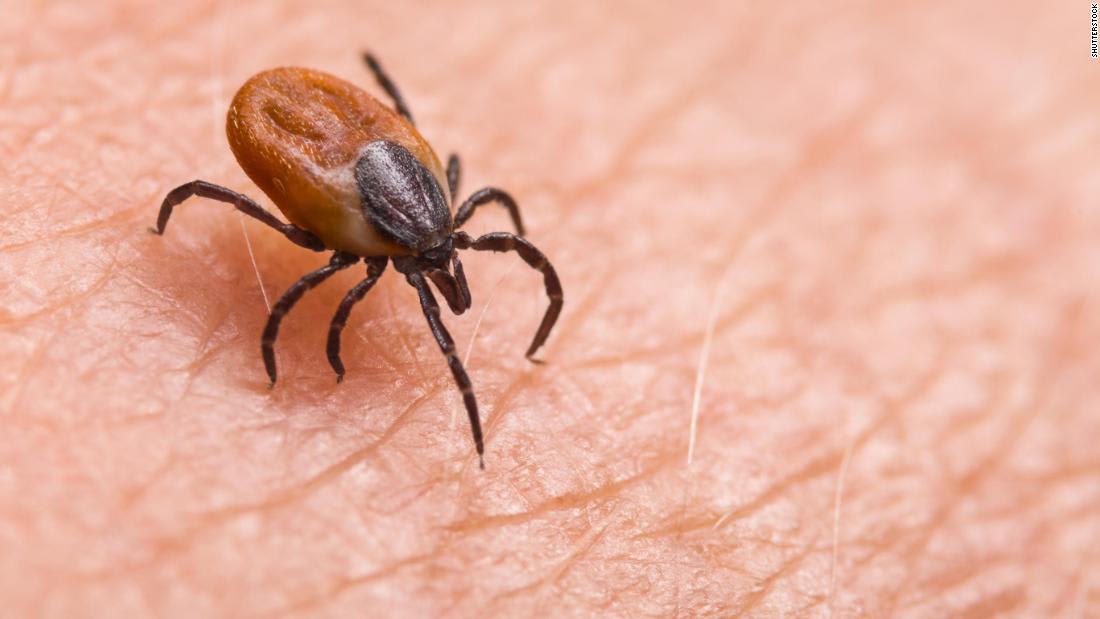 India reported 24,850 new cases of the novel coronavirus on Saturday -- the country's largest single-day jump yet.

The country has now recorded 673,165 cases of the virus, and 19,268 deaths, according to its Ministry of Health and Family Welfare.

The western state of Maharashtra remains worst affected with 200,064 cases and 8,671 deaths, followed by the southern state of Tamil Nadu, which has recorded 107,001 cases, and the national capital Delhi, with known 97,200 cases.

India has tested more than 9.7 million samples for Covid-19.

According to Johns Hopkins University's tally, the United States has recorded at least 2,839,436 cases of coronavirus, including 129,676 deaths.

For the latest coronavirus numbers, please follow CNN’s map which is refreshed every 15 mins: