There are currently 42 Florida hospitals that are at zero capacity for intensive care unit beds.

This is down from 56 hospitals reported on Tuesday, according to Florida's Agency for Healthcare Administration (AHCA).

On Wednesday, 54 hospitals around the state were at 10% capacity or less, according to the AHCA dashboard.

"Hospitals have the ability to convert beds and bring additional ICU beds online in a surge situation when necessary," the AHCA said in a statement to CNN.

Boca Raton Hospital in Palm Beach County normally has 230 adult ICU beds, there are just 11 available; lowering their capacity to 4.56%, according to AHCA.

"The state has established a field hospital at the Miami Beach Convention Center with over 450 beds to allow for even greater capacity if necessary," the AHCA statement said.

Despite Florida’s order to reopen schools in “brick and mortar” fashion in the fall, Broward County Schools could remain closed because Broward County is still in phase one of the reopening plan, according to Robert Runcie, Broward County Public Schools Superintendent.

“One other thing to note is that Miami-Dade and Broward have teachers and other employees who live in the neighboring county, which means our fates are interconnected and decisions must ultimately have some alignment across counties,” Runcie told CNN’s Rosa Flores.

Earlier today, school superintendent Alberto Carvalho of Miami-Dade County — which is directly south of Broward County — tweeted his school system would “ONLY proceed with in-person schooling” if Miami-Dade County successfully transitioned to phase two. Miami-Dade is currently in phase one.

The daily positivity rate for tests recorded on Monday is 3.23%, Murphy said, even though the state has been hovering at about 2%. The number of tests counted Monday was very low, which may account for the increase, Murphy said.

The governor added that there have been "a couple flare ups" related to out-of-state travel.

“There’s another increment of risk we’re getting from folks coming in from other states that have exploded and continue to explode," he said.

He added that the system “so far so good has worked spotting some of these flare ups relating to out-of-state travel, as well as some knucklehead behavior in state.”

Remember: New Jersey, along with New York and Connecticut, require travelers coming from at least 19 states with high coronavirus rates to quarantine for at least two weeks once they enter the state.

Canadian Prime Minister Justin Trudeau said the number of coronavirus cases, hospitalizations, and deaths are declining across the country.

“The situation is stabilizing in Canada because Canadians did their part and followed public health instructions. But we still have to be very careful. Things can change quickly … we still have some hotspots in some parts of the country, including in long-term care facilities and agricultural work settings, so as we continue to gradually reopen the economy, we have to remain vigilant,” Trudeau said.

"Canada has one of the most ambitious and comprehensive plans to counter the economic impacts of this pandemic," he added.

Trudeau said they increased financial support to “vulnerable groups like seniors and students” and those who lost their jobs during the pandemic, as well as provided loans to businesses.

Spanish Health Minister, Salvador Illa, told a Catalan Radio on Wednesday, that the outbreaks in the country present "a worrying situation."

"We know there are outbreaks, all countries that have managed to control the pandemic have them, as it is the situation in Spain. We monitor them with concern and daily," he said.

Spain registered 257 new cases on Wednesday, over half of them linked to outbreaks in Catalonia, Aragon, Galicia and Andalusia. 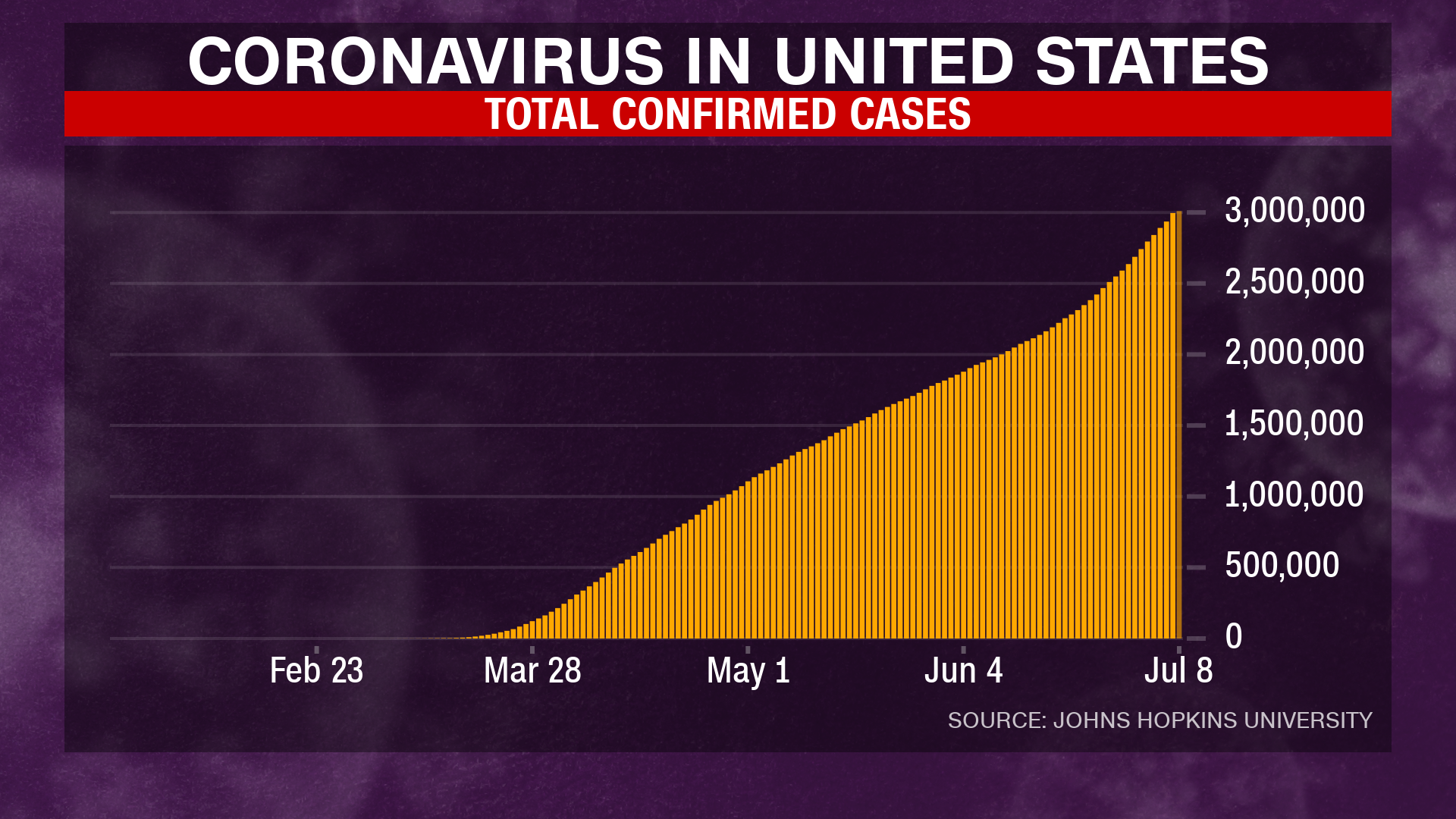