Heralded Bollywood actress Aishwarya Rai Bachchan, the daughter-in-law of Bollywood superstar Amitabh Bachchan and wife of fellow actor Abhishek Bachchan, has tested positive for coronavirus, according to the Health Minister of Maharashtra state.

The star's father-in-law and husband were both admitted to hospital Saturday night after they also tested positive for coronavirus. Mumbai's Nanavati Hospital said Amitabh Bachchan was in a stable condition on Sunday.

Both mother and daughter initially tested negative in rapid antigen tests conducted on Saturday night. But swab test results returned on Sunday came back positive, according to Health Minister Tope.

If you asked Alec Mahon one month ago whether he believed in love, he'd probably tell you he had "given up."

When coronavirus first hit in March, the freelance production manager paid about $30 for a three-month premium subscription on the dating app Hinge -- and he figured he'd just keep swiping until that ended.

Like many, the 29-year-old used dating apps like Hinge as a way to connect with others, especially since making in-person connections had become nearly impossible with Covid-19 shutdowns. He went on one Facetime date -- the girl, he said, seemed like she was "just going through her matches ... like on a spreadsheet."

But on May 29, he had plans to meet up with a different match -- this time in person. A 28-year-old nurse named Brooke, with whom he would hike Runyon Canyon -- Los Angeles' picturesque, influencer-ridden trail.

It was in the middle of their approximately three-mile hike, when the two decided they felt comfortable enough to remove their face masks, that he knew this was different. Their guards were down, or as he described it, "all caution (regarding coronavirus) was thrown to the wind."

Now, less than one month and many dates later, they split most of their time between his West Hollywood apartment and hers in Long Beach. He's done what many initially considered impossible with social distancing guidelines and stay-at-home orders:

He found love during a global pandemic.

"This is truly two people finding their soulmate during the most unlikely of times," he told CNN in a phone interview. "We're thinking about eloping to Vegas if the chapels open."

Bollywood superstar Amitabh Bachchan is in "stable" condition in the isolation unit at Nanavati Hospital, according to a hospital statement released on Sunday.

Bachchan and his son Abhishek Bachchan were both admitted to hospital after testing positive for Covid-19 late Saturday evening.

"Amitabh Bachchan is stable with mild symptoms and is currently admitted in the isolation unit of the hospital," reads the hospital statement.

A living legend in Hindi-language cinema, Bachchan has made more than 180 films in a career spanning five decades.

Hailed by many as India's greatest living actor, he is revered in his home nation.

The Indian city of Bengaluru will be put under lockdown for a week starting Tuesday to contain a massive cluster of Covid-19 cases, authorities said.

"In view of a sudden surge of Covid-19 cases in Bengaluru and on the advice of the experts, it is decided to impose lockdown for a period of one week in Bengaluru Urban and Rural Districts starting from 8 p.m. on Tuesday," Karnataka’s Chief Minister BS Yediyurappa said in a statement released Saturday.

Detailed guidelines will be issued on Monday, the statement added. Bengaluru, formerly known as Bangalore, is the capital of the state of Karnataka, and has a population of more than 8 million people -- making it India's third-most populous city. It is home to a thriving tech industry and often referred to as India's IT capital, or the country's Silicon Valley.

Authorities have identified 16,862 cases of Covid-19 in the Bengaluru urban area and 245 cases in rural areas, state health authorities said.

As of Saturday evening, 229 people in urban areas had died after contracting the virus, while seven died in rural locations.

The coronavirus pandemic has already claimed over half a million lives across the world, with case numbers continuing to rise. A report by Oxfam warns that the hunger crisis worsened by the pandemic could kill more people each day than the infection itself.

An estimated 12,000 people per day could die from hunger linked to Covid-19 by the end of the year, Oxfam said. By comparison, data by Johns Hopkins University shows that the pandemic's deadliest day so far was April 17, when 8,890 deaths were recorded.

"The pandemic is the final straw for millions of people already struggling with the impacts of conflict, climate change, inequality and a broken food system that has impoverished millions of food producers and workers," Oxfam's Interim Executive Director Chema Vera said in a release.

Among the issues that have left many unable to put food on the table are lost income caused by unemployment or a reduction in remittance payments, the lack of social support for those who work in the informal economy, and disruptions to the supply chain and hurdles faced by producers.

Also contributing to the crisis are the travel restrictions related to lockdowns, which affect not just workers and farmers, but also the delivery of humanitarian aid. 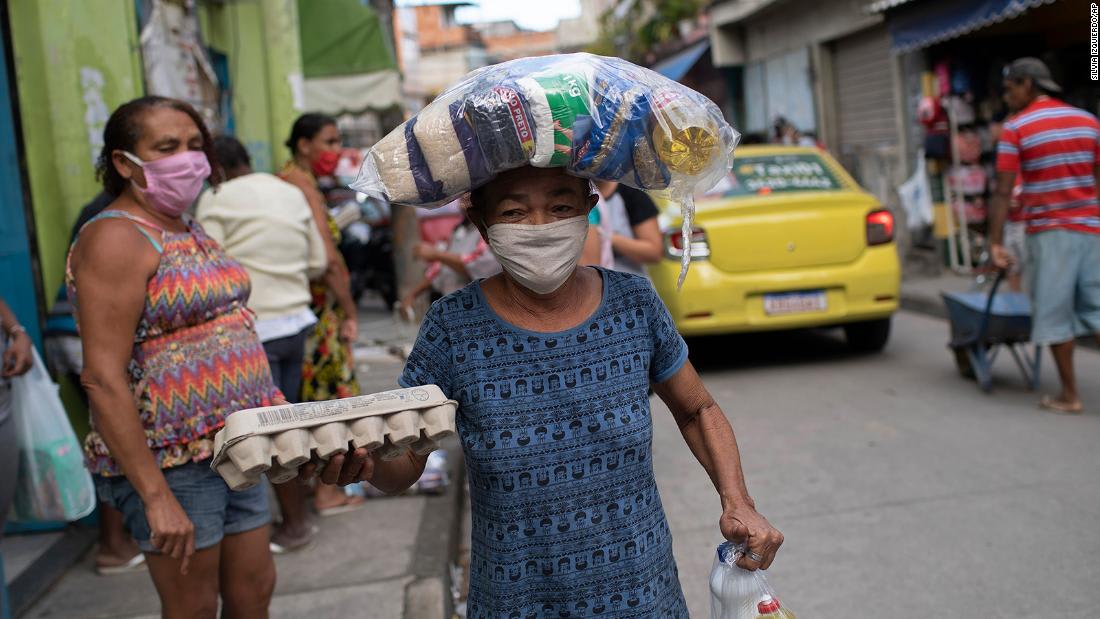 The hunger crisis linked to coronavirus could kill more people than the disease itself, Oxfam warns

After Memorial Day, as the United States began to reopen, coronavirus cases began to rise. The number of hospitalizations had risen in at least a dozen states two weeks after the holiday weekend.

For the Fourth of July weekend, a new analysis of cell phone data suggests even more people hit the road among 10 coronavirus hotspots, despite warnings from health experts.

Mobility, experts say, is one driver of transmission of the novel coronavirus.

The analysis comes from data shared with CNN by Cuebiq, one of the private companies that the US Centers for Disease Control and Prevention uses to track general movement in the United States. Cuebiq gets its data when people download apps on their phones and opt into anonymous location data tracking. The company's full data set includes 15 million phones nationwide. 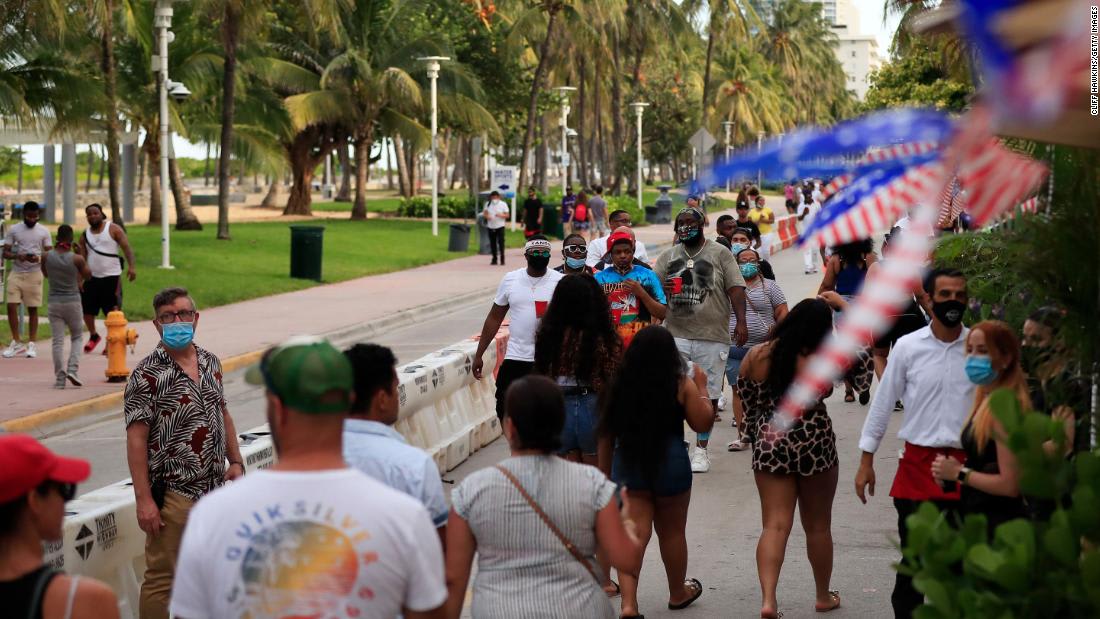 India announced another 28,637 coronavirus cases on Sunday morning -- the fourth day in a row in which the country set a new daily record for infections.

India has now recorded at least 849,553 cases of Covid-19, more than any other country except Brazil or the United States. Of those, 292,258 are active cases, while 534,620 patients have recovered, according to India's Ministry of Health and Family Welfare.

The western state of Maharashtra remains India's worst-hit region with 246,660 cases and 10,116 virus-related deaths, according to officials.

Walk into any busy store in England or board a train on London's cramped underground system and you will see dozens of people unmasked. And you can forget about face coverings at recently reopened pubs ... that's about as likely as a free pint of beer.

This is all happening despite the United Kingdom being one of the world's worst-hit countries by coronavirus. It stands third behind Brazil and the United States in terms of the number of people killed by the virus, with almost 45,000 fatalities.

The three countries with the most deaths also have populations not wearing masks.

Now, as the World Health Organization confirms there is "emerging evidence" of airborne transmission of the coronavirus, senior scientists are urging Britons to take up mask wearing, as two new reports highlight the potential effectiveness of facial coverings.

"The UK is way behind many countries in terms of wearing masks," the head of Britain's national academy of sciences, the Royal Society, Venki Ramakrishnan said Tuesday.

Ramakrishnan said not wearing a mask should be regarded as antisocial as drink driving and reasoned that there is a "growing body of evidence that wearing a mask will help protect others -- and might even protect you." 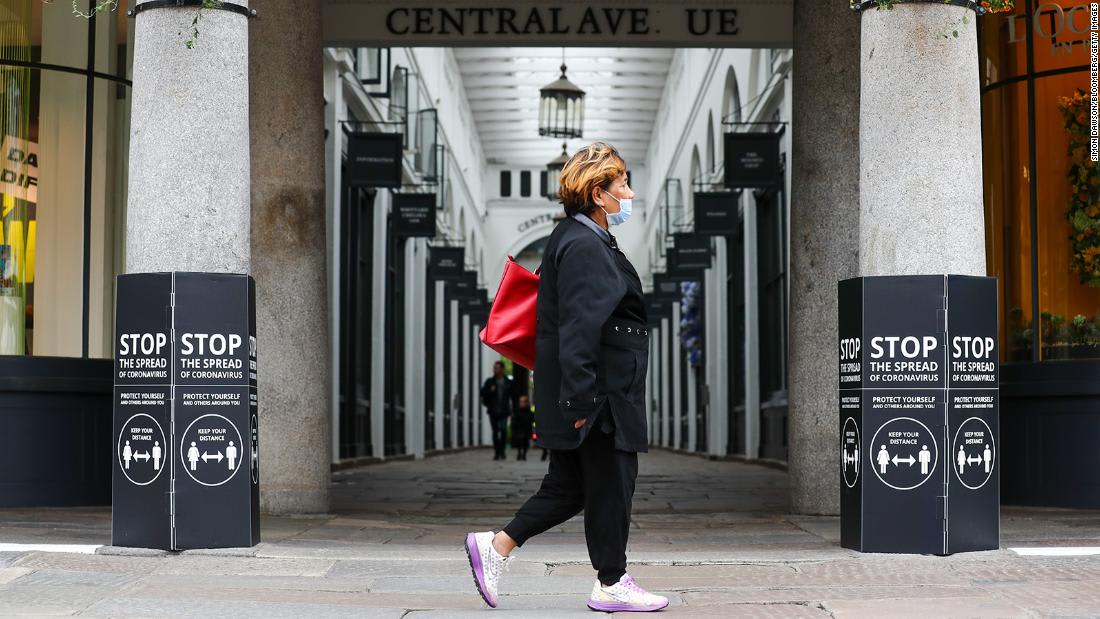 Britain is the worst-hit country outside of the US and Brazil. It STILL won't wear masks

Trendy home-goods chain Muji has filed for bankruptcy, making it the latest in a string of retailers to do so as the coronavirus crisis decimates the industry.

Muji, which sells minimalist decor, stationery and clothing, filed for Chapter 11 bankruptcy protection Thursday in the US State of Delaware. The company plans to use the process to emerge with a renewed focus on online sales.

"Muji has felt the devastating effects of the Covid-19 pandemic on in-store retail, and as a result will take this opportunity to refocus our efforts in the United States on key regional markets and e-commerce," Muji CEO Satoshi Okazaki said in a separate statement Friday. 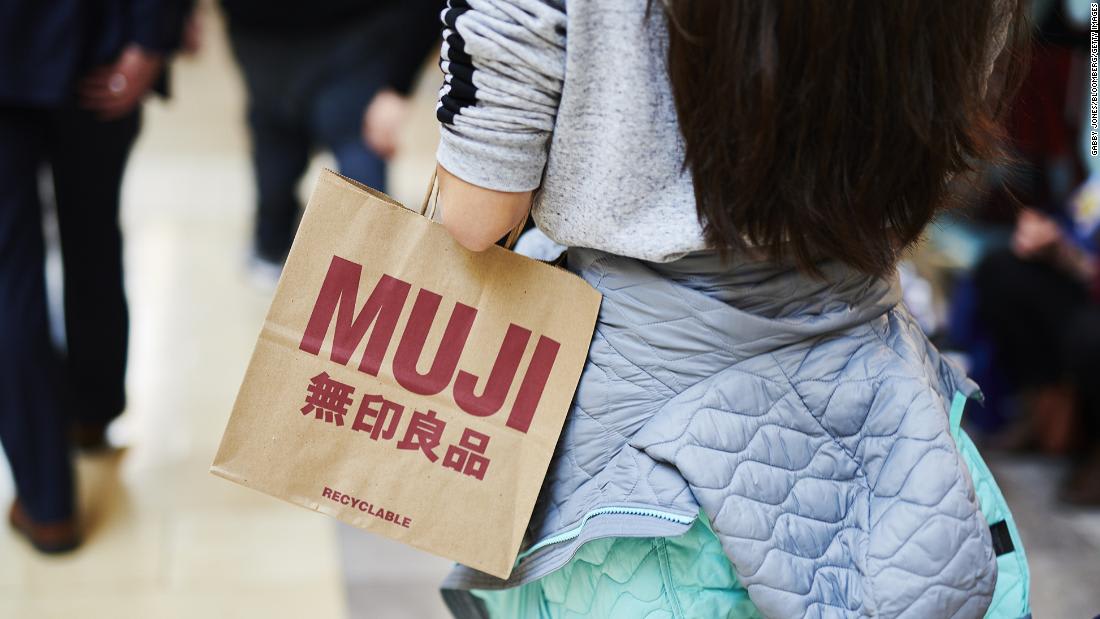