As the number of Covid-19 cases continues to surge in the Miami area, staffing has become a challenge for Jackson Health in Miami.

Nearly 200 Jackson Health employees are currently out with Covid-19, according to senior director of communication Jennifer Piedra. Most employees who test positive are out for 10 to 12 days.

Since July 1, 887 Jackson Health employees have been symptomatic or exposed to Covid-19, the hospital spokeswoman said. The positivity rate of employees who have been tested is 23%.

The state of Florida has dispatched 100 temporary nurses to Jackson Health. More than half of these nurses are already on site, and the rest are expected to be on board this week, according to Piedra. Jackson Health has also recently hired 100 nurses.

On Monday, the health system's infectious disease expert said "Miami is now the epicenter of the pandemic," as she compared the south Florida metropolitan area to where the pandemic originated.

"What we were seeing in Wuhan -- six months ago, five months ago -- now we are there," Lilian Abbo, with the Jackson Health System, said during a news conference Monday. 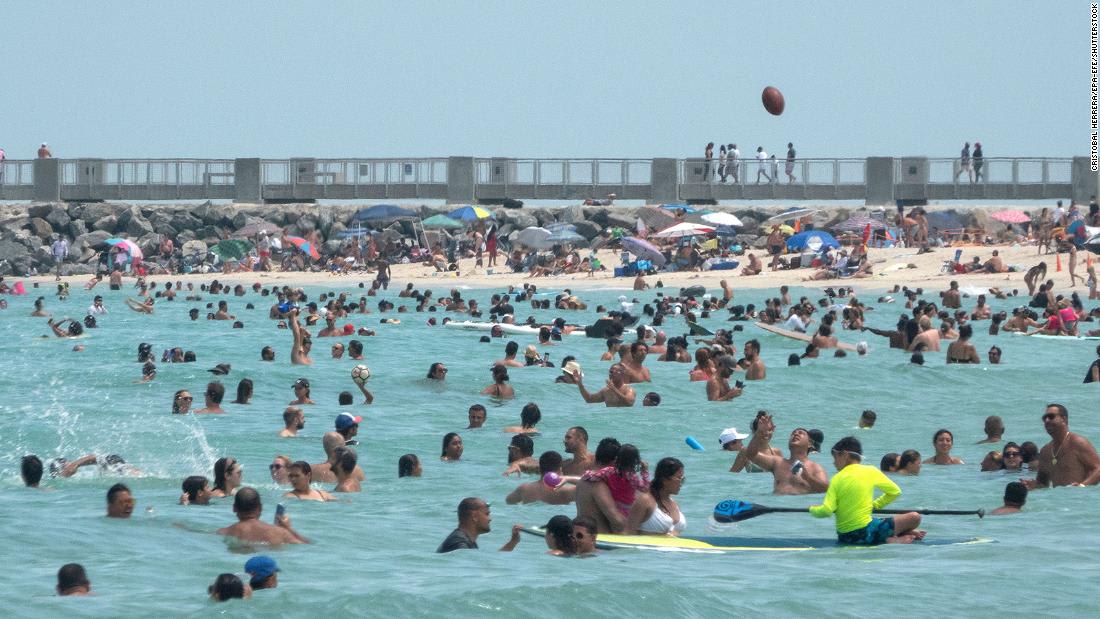 Miami is now the coronavirus epicenter as cases surge, one expert says

Miami-Dade County has continued to see staggeringly high Covid-19 positivity rates and an increase in the number of hospitalizations and ventilator use, according to the latest data released by the county's government.

Officials also reported a 28% Covid-19 positivity rate on Monday. The county has exceeded the 22% mark for the past two weeks, and the current 14-day average is 26%, the data shows.

The positivity rate -- how many of those tested are actually infected -- is tracked daily by the county. Mayor Carlos Gimenez's office has said the goal is to not exceed a positivity rate of 10%.

Here is a breakdown of the hospitalization data released by the county government:

One of the 16 cities that make up Metro Manila will go into lockdown for two weeks from Thursday after it saw coronavirus cases “suddenly inflate,” the Mayor of Navotas said Monday on his official Facebook page.

"Residents will have a scheduled day to go out of the house and shop for groceries, medicine and other needs. Only those holding a home quarantine pass will be allowed to leave their homes. Essential workers are allowed to go to work, but no mass gatherings will be permitted," he added.

Navotas had a total of 981 confirmed cases on Monday, Tiangco wrote. The city has a population of 249,463, according to the city government’s website.

“Due to the continuous increase of our patients, our community isolation facilities have been filled ... even some hospitals in Metro Manila have reached full capacity,” Tiangco said. “We are hoping that through lockdown, we can slow the increase of cases in our city.”

A 30-year-old man in San Antonio, Texas, died in a city hospital after attending a "Covid party," where people intentionally get infected.

San Antonio Mayor Ron Nirenberg discussed the case with CNN on Monday, saying these parties were happening in other states, too.

"It comes from the fact that people have been hearing that from politicians that this might be a hoax," he said. "And so we saw in this particular case ... a young person attended a Covid party with a known positive case because they thought they were invincible, that this wouldn’t affect them."

"This was a Memorial Day party at the lake. Five days later, this young man got sick and again the last thing he said to that hospital tech nurse is that he was wrong. And unfortunately, too many young people are wrong."

Dr. Jane Appleby, chief medical officer at San Antonio's Methodist Hospital, confirmed over the weekend that a patient died after getting sick at a Covid party.

Appleby said the patient told the nurse, “I think I made a mistake. I thought this was a hoax, but it’s not.”

Covid parties: Reports first emerged in early July that some young people in Alabama are throwing Covid-19 parties, a disturbing competition where people who have coronavirus attend and the first person to get infected receives a payout.

Singapore has fallen into a deep economic slump — and it's even worse than many had predicted.

The government said Tuesday that GDP likely shrank 12.6% in the second quarter compared to the same time the previous year, marking "the steepest drop on record," according to economists.

GDP shrank by 41.2% in the second quarter compared to the previous three months, more than most analysts had expected.

That officially pushed the country into a recession. Singapore's GDP had already fallen by 0.3% in the first quarter on a year-on-year basis. A recession is defined as two consecutive quarters of negative growth.

The latest decline was due to strict government restrictions, known locally as "circuit breaker" measures, which were enforced from April to June as the country dealt with a sudden spike in coronavirus cases.

This included the shutdown of many businesses, including "the suspension of nonessential services and closure of most workplace premises," the Ministry of Trade and Industry noted in a statement.

Officials had already been bracing for bad news. Prior to the new numbers, the government had slashed the country's economic forecast three times this year alone.

But "it's not all gloom and doom," Yun Liu, an economist at HSBC, wrote in a report to clients.

Recession is here, but it's a short one," she added.

Some analysts believe the worst is over for Singapore, particularly since the government has deployed billions of dollars in stimulus measures to shore up the flagging economy.

"Looking ahead, Q2 will mark the trough," Alex Holmes, Asia economist at Capital Economics, wrote in a research note Tuesday.

"The key reason for optimism is the huge size of the government’s stimulus package, which is equivalent to around 20% of GDP."

While US President Donald Trump obsesses about his reelection hopes in his White House bubble, state and local leaders are frantically reversing state reopenings that he demanded, which turned America into the world's biggest coronavirus hotspot.

As emergency rooms filled and the virus quickened its relentless march across southern and Western states, Trump stuck to the fiction that the worst is already over: "We had to close it down; now we're opening it up," the President said of the economy at the White House, patting himself on the back for saving "millions of lives."

As new cases of the disease reach 60,000 a day nationwide, many leaders in both parties, including those who supported Trump's aggressive approach, now have little choice but to prioritize science over politics, leaving the President looking out of touch with reality.

The picture is of a nation that is beginning to shut down again in defiance of the President's triumphant but misleading claims that a "transition to greatness" is under way.

Restrictions imposed on cities as large as Houston and Los Angeles could set back the surprising revival in the economy last month. Modest job gains, trumpeted by the President, could turn into permanent job losses. 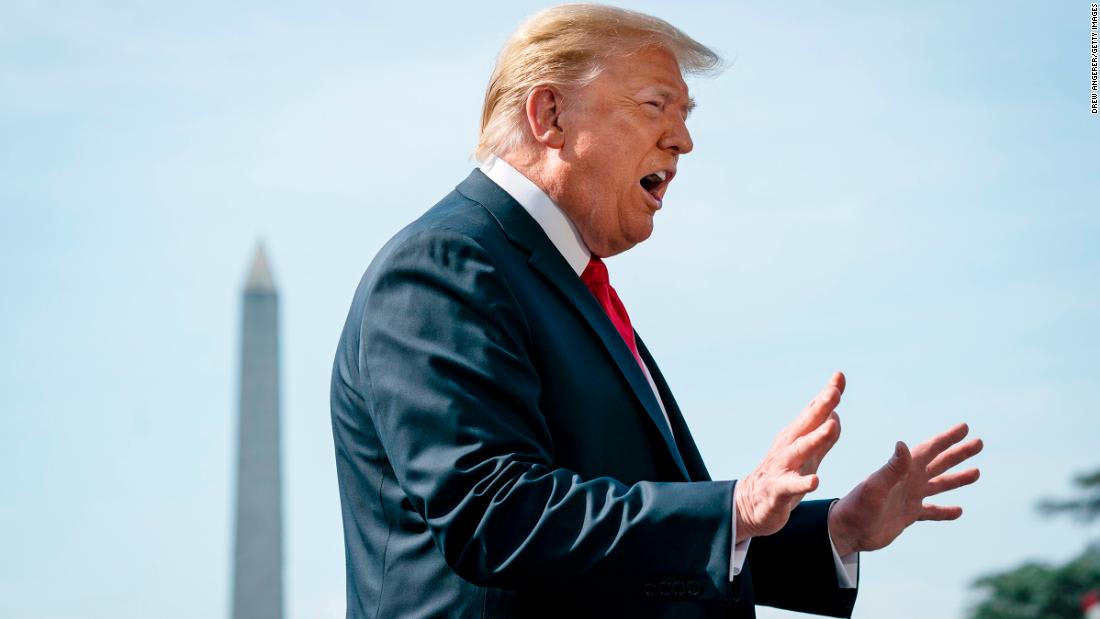 People who have been infected with coronavirus could see their immunity decline within months, studies have found -- which is just “what we were afraid of,” Dr. William Haseltine told CNN today.

"This (virus), like its sister coronaviruses, the ones that give us colds, are very different from the childhood viruses," he said.

When you get childhood viruses like measles and mumps, you're then protected from re-infection for life. But Haseltine said it’s a different story with the cold viruses, because you get them and then your body “forgets” it was ever infected.

“They come back and get you again every year. You can be reinfected by the same cold virus every year and get the same cold," he said. He pointed to various studies in China, Spain and the UK that "actually measured the virus in people and ... the antibodies and watched the immunity decline."

"That's what we were afraid of,” he said.

If the findings are confirmed to be true, they could have significant implications for sick patients, for vaccine development, and for the idea that populations could achieve herd immunity. 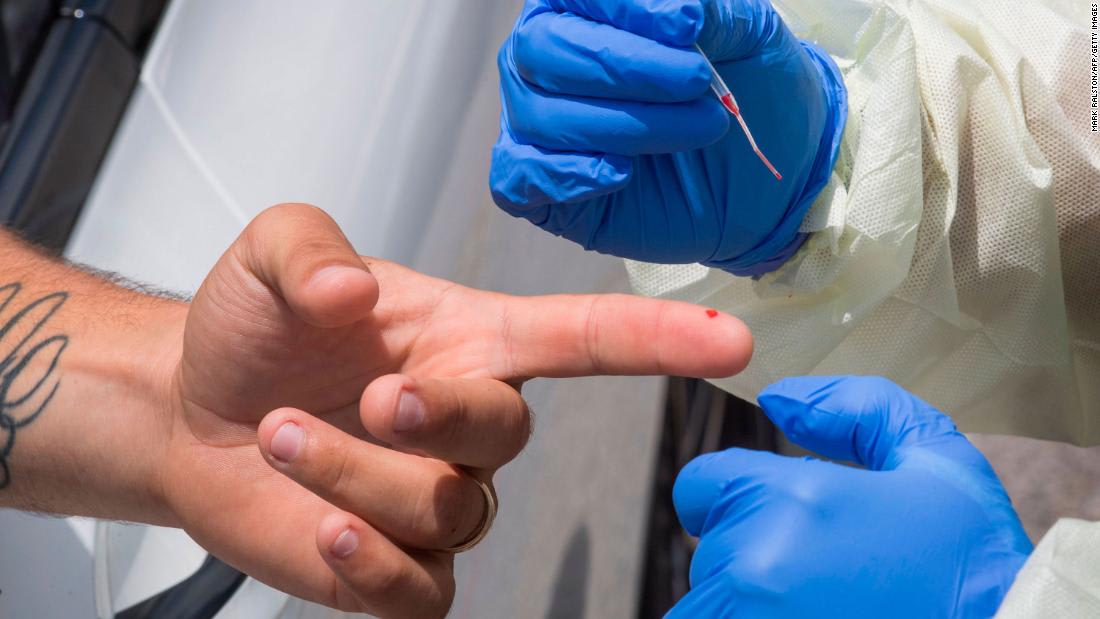 Hong Kong is tightening travel restrictions and social distancing measures as it battles a "third wave" of cases.

The city reported 52 new cases on Monday, 41 of which were local transmissions and the other 11 with travel history. This raises the total number of confirmed cases to 1,521.

The past seven days alone have seen 236 new cases -- an alarming surge in Hong Kong, which has been lauded for its quick and effective response to the pandemic. For many weeks before this surge, cases were down to single digits, and sometimes zero, every day.

At least ten incarcerated people at the San Quentin Prison in Northern California have died from coronavirus complications, according to data from California's Department of Corrections and Rehabilitation (CDCR).

San Quentin is the site of the worst coronavirus outbreak in California's prison system, with nearly 1,400 inmates who have tested positive.

The prison population is currently at about 4,000 inmates. It has been reduced by almost 10,000 inmates since March, through expedited transitions to parole and suspended intake from county jails, said CDCR.

There are 2,423 infected incarcerated people in California. There are also 755 CDCR employees who have tested positive across the state.

"CDCR takes the health and safety of all those who live and work in our state prisons very seriously and will continue to work diligently to address the COVID-19 pandemic," CDCR said.