But Fauci, who has become the lead scientific face of the fight against the pandemic, said he doesn’t like conflict, and doesn’t “like to be pitted against the president.”

“It’s pretty tough walking a tightrope while trying to get your message out and people are trying to pit you against the president.”

Attacks on Fauci: Unnamed staffers released so-called “opposition research” on the doctor to reporters on Monday, listing perceived errors in Fauci’s response to the coronavirus pandemic.

Then top white house trade adviser Peter Navarro openly attacked Fauci Tuesday in an op-ed in USA Today, claiming Fauci "has been wrong about everything I have interacted with him on."

Fauci, for the most part, agreed with that assessment.

“You know, it’s complicated. Because in some respects I have a very good relationship with him. During the times that I was seeing him a fair amount, it was quite a collegial relationship. And in many respects, it probably still is, but I don’t see him very much any more,” he said.

Texas Governor Greg Abbott rejected any idea of reimposing shutdowns on Wednesday, even as coronavirus continues spreading rapidly across the Lone Star State.

"I get this question, it seems like a thousand times a day. People are panicking, thinking I'm about to shut down Texas again," he told CNN affiliate KPRC in Houston. "The answer is no. That is not the goal."

This comes after the state reported its highest daily jump in new cases and deaths. Abbott pointed to recent comments by the CDC director saying the virus could get under control if everyone wore masks for four weeks.

"No lockdown," Abbott said. "All we need is for people to wear a mask. If everyone wears a mask, nothing will be locked down."

Abbott also pushed a message of adaptability, saying "we're only a few months away" from getting medical treatments and then a "few months after that" for vaccines.

"This is a very short period of time," he said, arguing people will get to back to normal soon if they can push through the next several months.

The Arizona Department of Health Services (ADHS) will bring in nearly 600 critical care and medical-surgical nurses from out of state to help in Arizona hospitals, according to an ADHS press release.

Hospitals that need support with critical staffing may receive the nurses for free for up to six weeks from ADHS while they fill their gaps in staffing. Hospitals will be prioritized based on a variety of criteria.

“Covid-19 hospitalizations in Arizona have increased with hospitals reporting nearly 3,500 Covid-19 inpatients and more than 900 patients in their intensive care units. Hospitals have reported the ability to activate additional beds in their facilities with access to more nursing staff,” the release said.

The release added that federal partners had already sent nearly 100 National Disaster Medical System personnel to Arizona on a two-week deployment at the request of state and local public health and hospitals.

China's economy is growing again after its worst three-month period in decades -- a sign that could bode well for the global post-coronavirus recovery.

The world's second-largest economy grew 3.2% in the April-to-June period compared a year ago, according to government statistics released on Thursday. That's better than the 2.5% growth that analysts polled by Refinitiv were expecting.

It also means that China averted recession. In the first quarter, the $14 trillion economy shrank 6.8%, the worst plunge for a single quarter on record since China started publishing those figures in 1992. That was also the first time China reported an economic contraction since 1976.

Growth this quarter would confirm that the "post-virus recovery is underway in China, at least one to two quarters ahead of the rest of the world," analysts at ANZ Research wrote in a report published before the GDP figures were announced.

The rebound had been widely expected by analysts. China -- the early epicenter of the outbreak and the first in the world to impose draconian measures to quell the virus -- was also the first major economy to reopen. 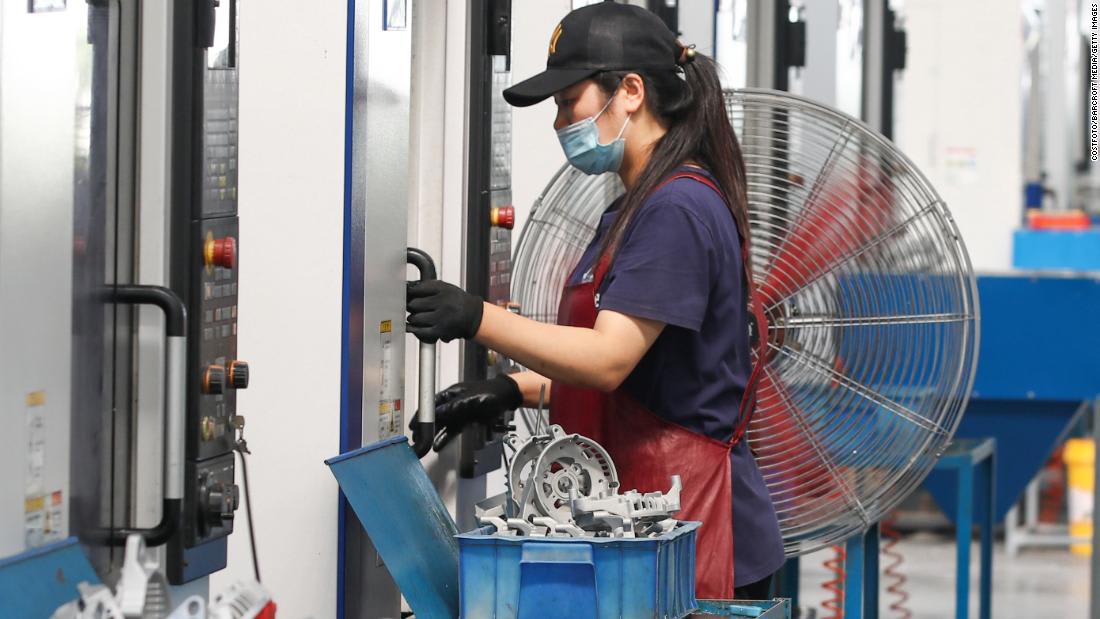 China's economy is growing again. That's good news for the rest of the world

The Australian state of Victoria has suffered its worst day since the beginning of the coronavirus pandemic, with 317 new cases reported within 24 hours, said state officials on Thursday.

Two men in their 80s died due to Covid-19 in the past day, said Premier Daniel Andrews. That brings Victoria’s death toll to 29, and the national toll to 111.

Of the 317 new cases, only 28 were linked to known outbreaks. The remaining 289 cases are still under investigation.

The number of coronavirus-related patients in Victoria hospitals has risen to 109, with 29 in ICU, Andrews said.

Meanwhile, the neighboring state of New South Wales recorded 10 new Covid-19 cases, its Health Department announced Thursday. The NSW outbreak has been linked to the Victoria outbreak, with a man having traveled from Melbourne to Sydney in June, then meeting with friends at a pub in July.

Latin American and Caribbean countries have now recorded more than 3.5 million Covid-19 cases and more than 150,000 deaths, according data from Johns Hopkins University.

The following 33 countries are included in this region:

Some context: On Wednesday, Latin American and Caribbean countries surpassed more than 3.5 million Covid-19 cases and more than 150,000 deaths, according to a CNN tally based on data from Johns Hopkins University.