In Arizona, scorching summer temperatures are causing additional problems for some residents waiting to get tested for Covid-19.

"There are people who are waiting in-line to get tested and are fainting, literally, while waiting to get a test. And they're coming to the ER, because ironically, they were waiting for a test and fainted," said Dr. Murtaza Akhter, an emergency physician with Valleywise Health Medical Center in Phoenix, on Thursday.

Arizona hospitals are struggling to deal with the influx of Covid-19 patients, which Akhter, describes as a "clogged sink with the faucet still running."

"As long as the water is running, you still are at risk of flooding. And that's really the situation we're at right now in hospital settings where the sink is backing up with water, and we're hoping, 'Well, maybe if we'll turn the faucet down a little bit it'll be okay.' But really what we need is to unclog it for people to get healthier, to be less sick and to be able to come out of the ICU safely," said Akhter.

Earlier today, India surged past one million cases, becoming the third country in the world to do so, after the United States and Brazil.

In all three countries, the pandemic is wreaking havoc on healthcare systems, economies, and residents' daily lives.

The United States has the highest number of cases in the world, with more than 3.5 million infections recorded since the pandemic began. There were more than 77,000 new cases today alone.

New daily cases have more than tripled in just a few weeks; the figure had hovered around 25,000 in mid-June.

Hard-hit states are bringing in hundreds of medical staff from other states to help, and hospitals running out of ICU beds. In Arizona and Texas, hard-hit counties have brought in refrigerated trucks as morgues fill up.

In Brazil, cases are surging by tens of thousands every day. The country now has 2,012,151 cases and 76,688 deaths, according to data from Johns Hopkins University.

The administration has come under fire for its handling of the pandemic. President Jair Bolsonaro, who tested positive last week, previously dismissed the virus as just a "little flu." He has criticized local leaders imposing lockdowns, and implied they were inflating death tolls to make the federal government response look bad.

Meanwhile, the country’s Health Ministry continues to be administered by an active duty military man with no public health experience, appointed as interim Minister two months ago.

In India, the health ministry has reported 1,003,832 total cases and more than 25,600 deaths. It's also seeing a surge of infections, reporting its highest daily jump in new cases between Thursday and Friday.

Across the country, critically ill virus patients are being turned away from public and private hospitals for lack of beds, staff and equipment, as healthcare infrastructure buckles under the pressure.

The poorest citizens are the hardest hit. About 74 million people live shoulder to shoulder in overcrowded urban slums, where there is little running water or sanitation and social distancing is impossible.

The United States just recorded more than 77,000 new cases of Covid-19, the most ever in a single day. But President Donald Trump wants to talk about dishwasher reform.

Trump's refusal to use his full powers of his office and the government to confront the worst domestic threat since World War II is looking more negligent, callous and politically self-defeating with each virus ravaged day that passes.

Not only is Trump refusing to act in a manner appropriate to the magnitude of the emergency, he is using the country's loudest megaphone in a way almost guaranteed to make it worse, from presiding over a White House campaign to discredit the lifelong work of Dr. Anthony Fauci -- a new front in his war on science and truth -- to undermining efforts by local officials to convince people to wear masks to slow the spread of the disease.

Trump's intransigence is more notable since he's happy to use presidential power -- often in an anti-constitutional way -- in pursuit of personal and political gain. For instance, in coercing Ukraine to interfere in the election and in commuting the jail term of his political dirty trickster Roger Stone.

This week, as states such as Florida, Texas and Arizona have set records for coronavirus infections and intensive care units and morgues have filled up, has exposed the willful blindness of a White House that seems bio-sealed from the reality of the pandemic.

"We believe this President has great approval in this country. His historic Covid response speaks for itself," White House press secretary Kayleigh McEnany said Thursday, encapsulating the bizarre parallel universe of an administration that thinks one of the most disastrous government failures of the modern age is a roaring political success. 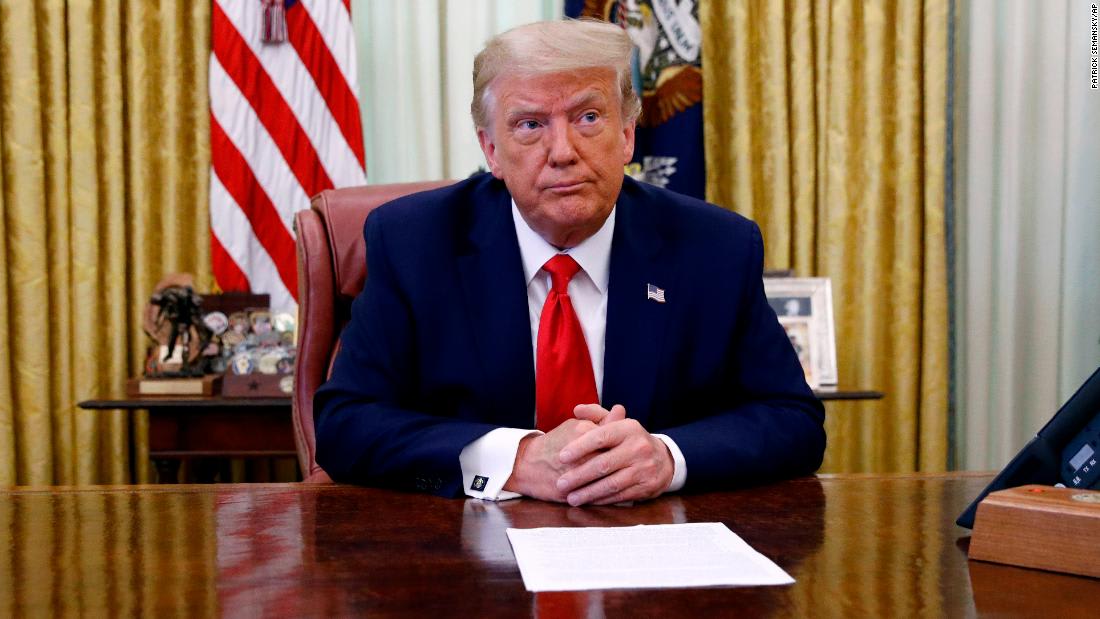 Trump's outrageous refusal to lead is making the pandemic worse

Japan reported 623 new cases in the past day, the health ministry announced on Friday -- the highest daily jump in new coronavirus cases since April 10.

The new cases include 286 from Tokyo, the highest daily jump in the capital so far.

The prefectures of Kanagawa, Chiba and Saitama, as well as the country’s second-largest city Osaka, also saw their highest number of daily new cases since the country lifted its state of emergency on May 25.

No new deaths were reported across the country, the ministry said.

When Amitabh Bachchan tested positive for Covid-19 last weekend, the Bollywood legend was immediately admitted to an isolation unit at Mumbai's top Nanavati Hospital, despite having mild symptoms.

Across India, meanwhile, critically ill virus patients are being turned away from public and private hospitals for lack of beds, staff and equipment, as healthcare systems buckle under the pressure of the escalating pandemic.

Bachchan's treatment threw into sharp relief India's stark wealth divide -- which the coronavirus pandemic has at times made a matter of life or death.

While more than 270 million people across India were able to climb out of poverty between 2006 and 2016, the country remains one of the world's most unequal, with the top 10% of the population holding 77% of the total national wealth -- and that gap only continues to widen, according to Oxfam.

As well as unequal access to healthcare, for those who live shoulder to shoulder in overcrowded urban slums -- about 74 million people -- social distancing is impossible. There is little running water or sanitation, putting them at greater risk of contacting the virus.

While India's rich can buy better healthcare and isolate more easily, with the country's borders closed and international flights mostly canceled, they too have to stay and face the crisis.

As the pandemic holds up a mirror up to society, experts say India's rich need to evaluate how the country depends on and treats informal laborers who make up the majority of the country's workforce. 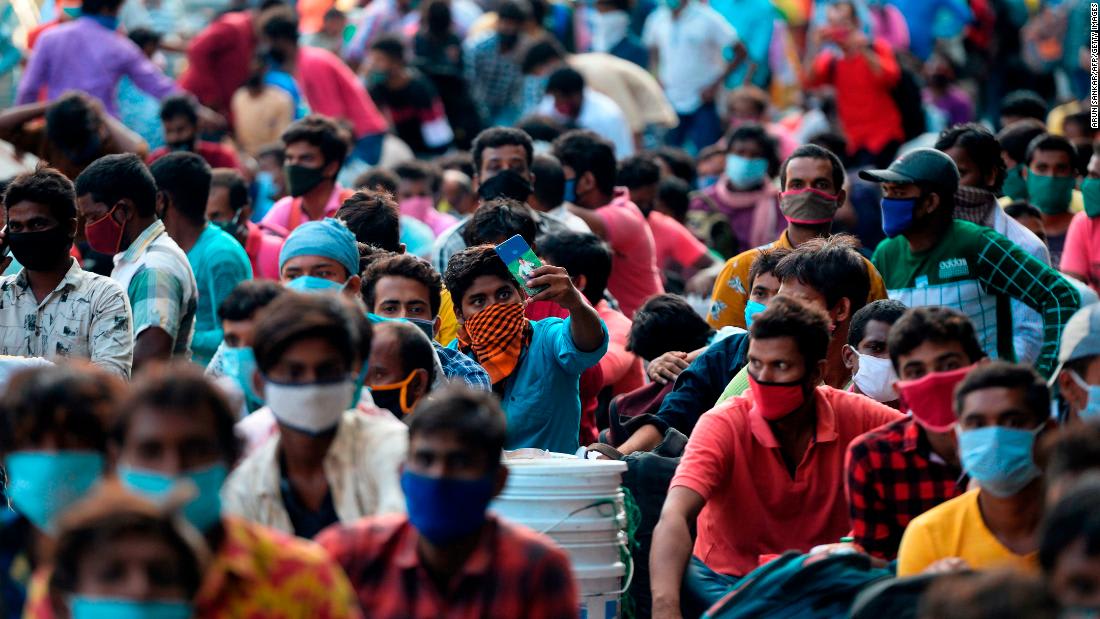 India's rich can't flee the pandemic. That's given some a new empathy for the poor

In Brazil, southern and central-western states that had been spared the worst of the outbreak so far are now seeing coronavirus cases rise rapidly.

Brazil surpassed two million cases on Thursday, and continues to report tens of thousands of new cases a day.

For most of the pandemic, the outbreak has been most severe in Brazil's populous southeast, coastal northeast and Amazonian regions in the north.

But now the south -- including the states of Parana, Santa Catarina, and Rio Grande do Sul -- has seen its new daily cases more than double compared to this time last month.

These three states have reported more than a hundred total deaths in recent days. A month ago, that number was only a few dozen.

"These areas have a different epidemiological timing, so they are now at the same place the Southeast and the North were two months ago, with the curve rising. And they probably will go through all the processes that the other parts of the country already went through,” Diego Xavier, a researcher at the Ministry of Health-affiliated Oswaldo Cruz Research Foundation, told CNN.

The population in Brazil’s south may also be more vulnerable to the novel coronavirus. "The South's population is more elderly than in the rest of Brazil, and elderly people are at greater risk for Covid-19,” said Xavier.

The United Nations' top official in charge of humanitarian aid has criticized the world's wealthy industrialized nations for their "short sighted" response to the Covid-19 pandemic, warning that their failure to support the developing world could exacerbate the effects of the global health crisis for tens of millions of people.

"The pandemic and associated global recession are about to wreak havoc in fragile and low-income countries. The response of wealthy nations so far has been grossly inadequate and dangerously short-sighted," said Mark Lowcock, the UN under-secretary-general for humanitarian affairs, in statement released Thursday.

While the virus has upended life in parts of Europe and North America, it has also continued to spread unchecked in many parts of the developing world, including in parts of Latin America and now Africa.

Catastrophic consequences: At this current rate, the pandemic and economic crisis could "push 265 million people to the point of starvation by the end of the year" and cause the first increase in global poverty in 30 years, the UN warned.

"Failure to act now will leave the virus free to circle round the globe, undo decades of development and create a generation's worth of tragic and exportable problems," said Lowcock.

Call for action: Lowcock is calling upon the Group of 20 (G20) nations, representing the world's major economies, to donate $10.3 billion dollars to support 63 vulnerable countries across the world. As of July 12, only $1.64 billion worth of assistance had been received, the UN said. 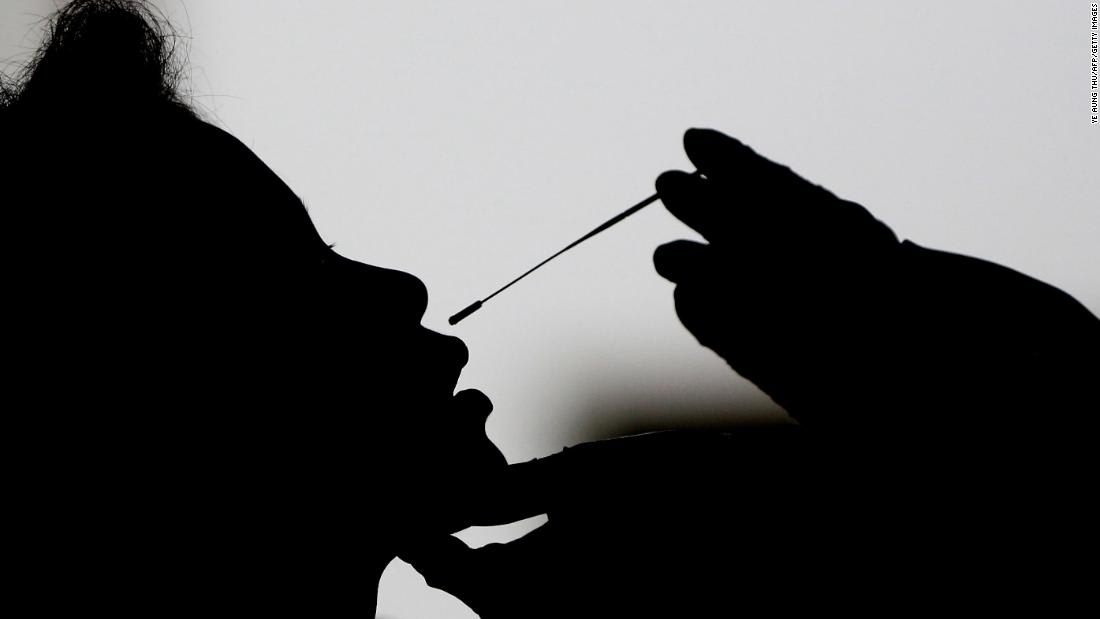 The United States reported 77,255 new cases on Thursday -- the highest single-day jump since the pandemic began, and triple what the daily figures had been just weeks ago.

There were also 943 new deaths reported, according to data from Johns Hopkins University.

Of those, 57 cases were connected to known outbreaks and one from quarantine. The rest are are still under investigation, he said.

Three additional deaths from the virus were also reported in the state.

“We are going to increase the total number of testing sites across Victoria,” Andrews said, adding that the state has already carried out more than 1.2 million tests for coronavirus since January 1.

Melbourne under lockdown: Melbourne, the capital of Victoria and the country's second most populous city, went back under lockdown last week as the state struggled to contain the surge in cases.

The lockdown will last six weeks, with police and army police roadblocks to clamp down on people who do not need to be outside. Residents can still go out for essential reasons like buying groceries or seeking medical treatment.