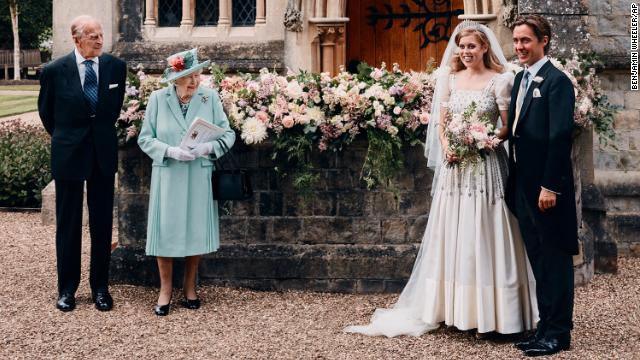 Demonstrators gathered in Tel Aviv and Jerusalem on Saturday night, protesting both the government’s handling of the coronavirus crisis, as well as calling on Prime Minister Benjamin Netanyahu to resign over his corruption trial.

They are the latest in a series of demonstrations against Netanyahu and took place just hours before the resumption of his trial on bribery and breach of trust charges. The PM has not entered a plea, but has repeatedly proclaimed his innocence.

A judge at Jerusalem’s district court wrapped the trial’s second day of procedural hearings by deciding that the hearing of evidence and the calling of witnesses would begin in January 2021, with three days of hearings a week. The 70-year old Israeli leader was not required to attend Sunday’s hearing.

The surge in cases has prompted the government to impose weekend lockdowns, shuttering many places where people can gather, including museums, zoos, stores, and malls. Beaches will be closed starting next weekend.

Hong Kong will tighten social distancing restrictions further amid a rising number of confirmed coronavirus cases, the city’s leader, Carrie Lam, said Sunday, confirming that more than 100 new cases had been recorded over the past 24 hours.

According to officials from Hong Kong’s Center for Health Protection, 108 new cases have been recorded as of midnight Sunday local time – the highest daily increase in the city’s record.

The total number of cases now stands at 1,886, the Center for Health Protection confirmed.

Restrictions tightened: The surge in cases has led to the tightening of restrictions on citizens, including new work-from-home guidance for civil servants.

According to Chief Executive Lam, all non-essential civil servants will be required to work from home from Monday for the duration of the week, with exceptions only for those providing emergency and essential services, including police and health care workers.

The government is also expected to expand the mandatory use of face masks to include all enclosed public places, in addition to regulations already in place for public transport, Lam said.

Meanwhile, limitations on indoor dining -- which took effect on July 15 -- will be extended for a further seven days, Lam added.

English health officials are carrying out an urgent review of coronavirus statistics after it was revealed they may have included those who tested positive long before their death.

The UK government's daily coronavirus death toll update was “paused” by the Department of Health, after Health Secretary Matt Hancock called for an “urgent review” into how Covid-19 deaths in England are counted.

“Currently the daily deaths measure counts all people who have tested positive for coronavirus and since died, with no cut-off between time of testing and date of death,” an update on the Department’s website said on Friday.

“There have been claims that the lack of cut-off may distort the current daily deaths number,” the update also said.

The UK's Mail on Sunday has reported that the way fatalities are recorded may have exaggerated England's death toll by more than 4,000.

Diamond said that while daily death data could be used to spot trends over the course of a few days, ONS data should be used for "accurate" data.

Speaking on the the Andrew Marr Show on Sunday, the BBC's Health Editor Hugh Pym said it had emerged that "Scotland, Wales and Northern Ireland, have been recording deaths in one way -- everybody who tested positive and died within 28 days of the test was said to be part of the daily reported deaths figures from Covid. But England through Public Health England was saying anyone who tested positive, maybe going back a couple of months, and subsequently died -- even if it was from another cause -- was included in these daily reported figures."

When asked by Sky News' Sophy Ridge whether the government's gradual easing of lockdown restrictions had led to an uptick of people testing positive, Diamond said: "No we haven't -- we're basically flat over the last few weeks."