“Well done, a credit to all new Yorkers who continue to stay focused on fighting our way through this crisis” the mayor said.

House Speaker Nancy Pelosi indicated she wants a deal done quickly — by the end of next week — with the GOP on the next recovery package.

From a source on the caucus call this morning, Pelosi said: “Yesterday, I had a conversation with Secretary Mnuchin more about housekeeping and timetables and the rest.”

She talked about the 3:15 p.m. meeting they will have today with White House chief of staff Mark Meadows, Treasury Secretary Steven Mnuchin and Senate Democratic Leader Chuck Schumer.

“We will begin our conversations today. It is my hope that we can resolve our differences and have a bill by the end of next week,” she said.

The president of Florida’s largest teachers union, which is suing Gov. Ron DeSantis over the state's mandate to open schools, says that the state cannot be a “Petri dish” for the rest of the country.

“We have 23,000 children that have been tested positive for Covid-19 here in state of Florida with a 13.4% positivity rate. … We cannot be guided by politics nor the economy. We must keep kids alive, we must keep them healthy and we must keep them safe,” says Fedrick Ingram, a teacher in Miami-Dade County and president of the Florida Education Association.

Florida’s education commissioner issued an emergency order earlier this month, requiring all "brick-and-mortar schools" to open at least five days per week for all students.

“There's a risk that we don't know. … One life lost is one too many for a child who goes back to a multi-generational home,” Ingram said.

Ingram said there is an open invitation for DeSantis to sit down with the union and develop a comprehensive plan for schools.

At 10 a.m. ET, the House Energy and Commerce committee will hold a hearing on a "Pathway to a Vaccine: Efforts to Develop a Safe, Effective and Accessible Covid-19 Vaccine."

The World Health Organization says there are 23 vaccines already in clinical trials around the world.

Why this matters: Results from trials involving three different coronavirus vaccines released Monday, all showed positive results, with evidence the vaccines can produce immune responses that would be expected to protect people against infection.

They all also appeared to be safe, although it will take studies with more people to show how safe they really are and whether they can prevent infection.

Early results of a closely watched Phase 1/2 trial published in The Lancet suggest a coronavirus vaccine developed by the University of Oxford and AstraZeneca is safe and induces an immune response. However, researchers stressed more study is needed to know whether the vaccine protects people against the virus.

With reporting from CNN's Christina Maxouris

The closure will be effective this week, per Suarez.

US stocks surged higher on Tuesday after Europe’s leaders reached a deal for a Covid-19 recovery package, boosting investor sentiment.

Back in the US, the Nasdaq Composite could hit yet another all-time high today, exceeding Monday’s record.

Vice President Mike Pence and his wife are traveling to South Carolina today. He'll have a roundtable with Gov. Henry McMaster and his wife on safely reopening schools at 12:30 p.m. ET, according to his schedule.

South Carolina has reported more than 71,000 cases of coronavirus and more than 1,000 virus-related deaths since the start of the pandemic. 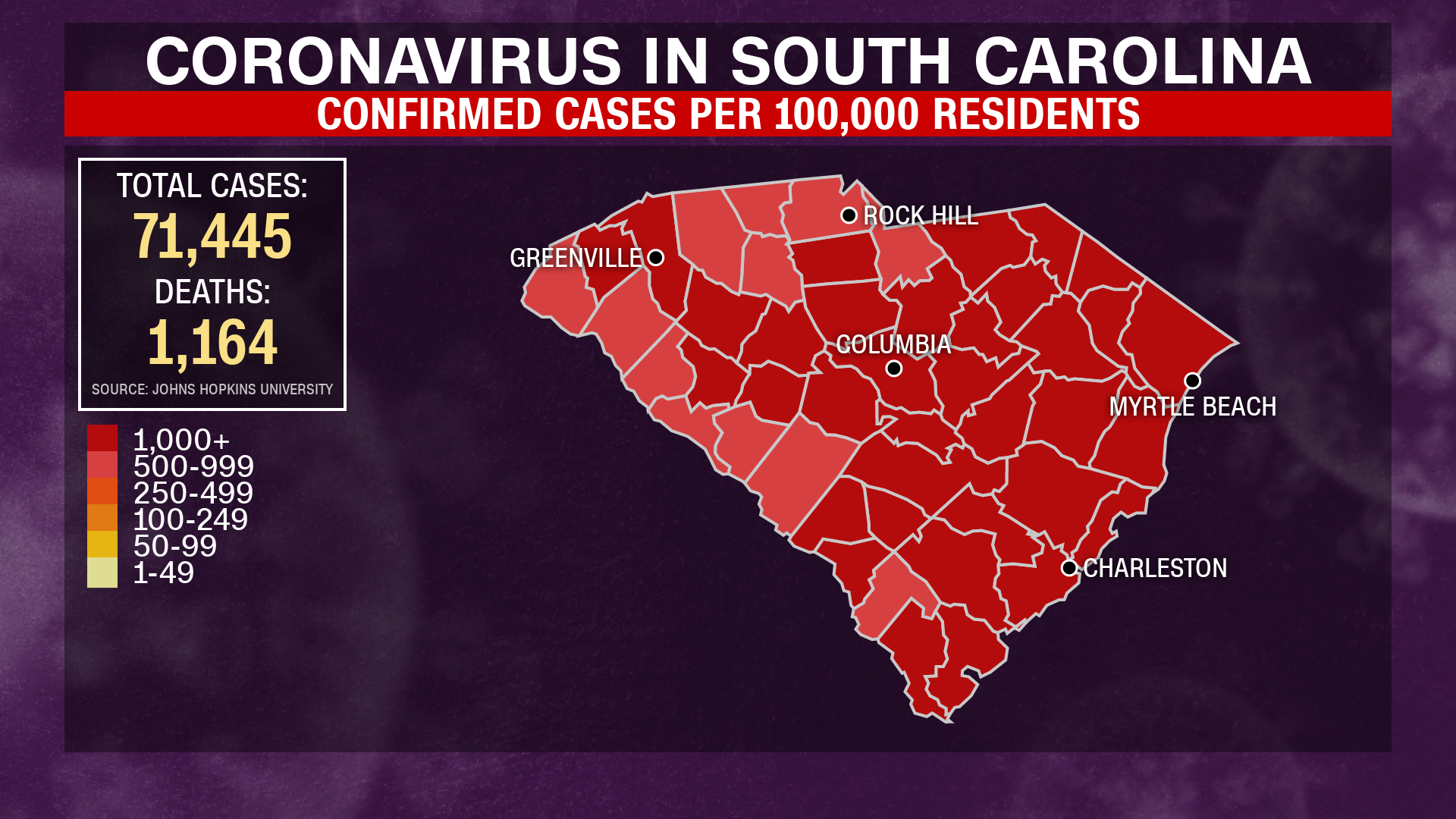 Each day for the past two weeks, the state has reported more than 1,000 new cases daily. Some days, the new case count has surpassed 2,000. 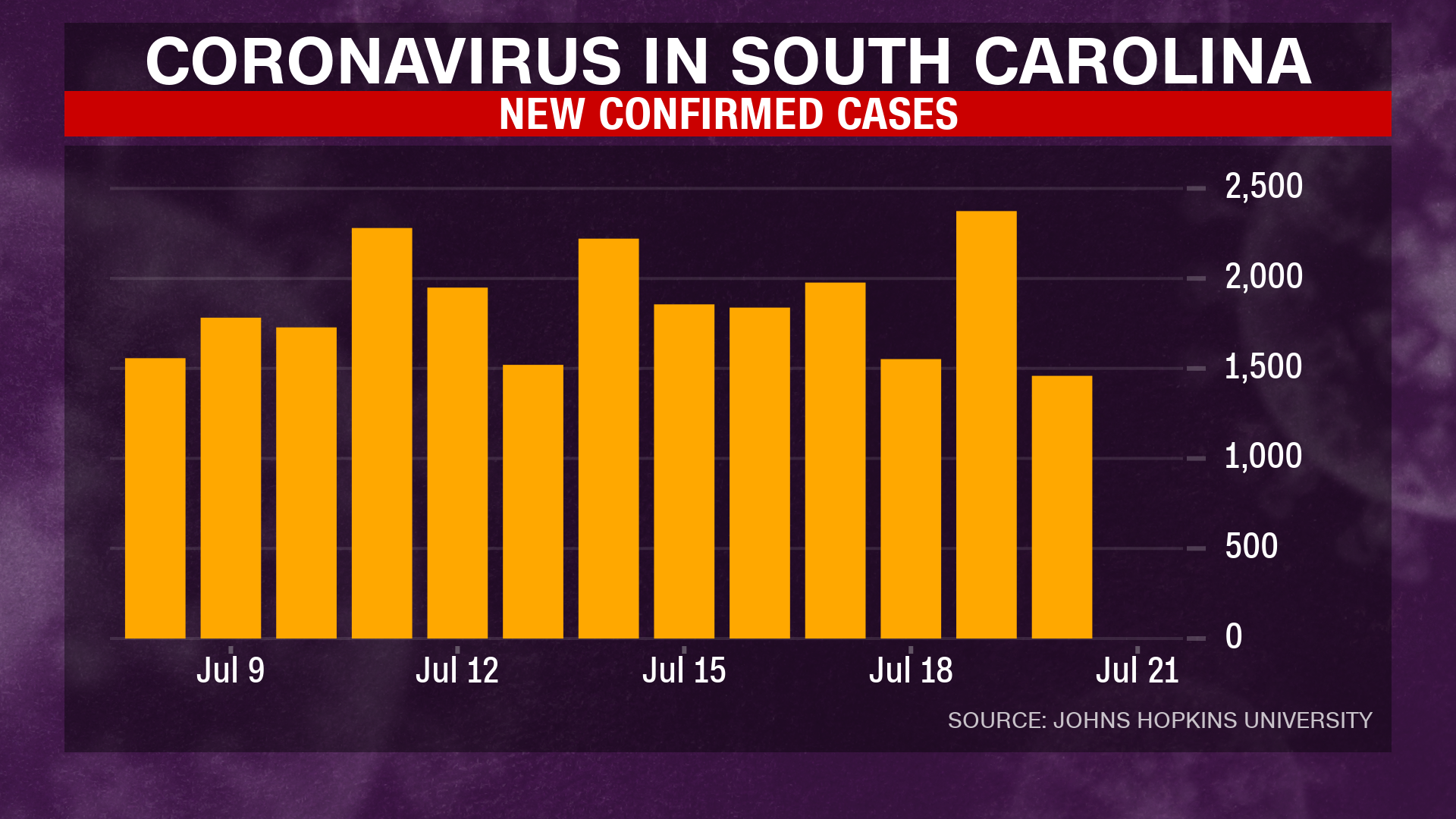 The National Football League's New York Giants and New York Jets will not have spectators at home games in New Jersey due to the coronavirus pandemic, both teams announced in a joint statement Monday.

Gov. Phil Murphy announced that his executive order limiting outdoor public gatherings will apply to events at MetLife Stadium in East Rutherford, where both teams play, until further notice.

"We support Governor Murphy's decision in the interest of public health and safety and, until circumstances change, both the Giants and Jets will play our games without the benefit of fans in attendance," the teams said.

"Although we would prefer to have fans at MetLife Stadium for our games, we will continue to work with Governor Murphy's office and will provide updates if necessary."

Neither team's 2020 training camps and practices will be open to the public.

The anticipated supplemental guidance for safely reopening schools, from the US Centers for Disease Control and Prevention, has been cleared after a federal review process – but officials at the public health agency were given no indication as to when the recommendations would be released, a senior CDC official tells CNN.

As of Sunday, the CDC documents had been cleared by the interagency Office of Management and Budget, according to the senior CDC official.

Last week, the science behind the supplemental guidance was questioned by Dr. Deborah Birx, causing delay, the official said.

Although the CDC documents have now cleared the hurdle, the senior official did not know when they would be published.

“There’s still no word on when our documents will come out,” the senior official said.

Meanwhile, the White House workgroup, which was created by Dr. Deborah Birx to work on new guidance in parallel with the CDC guidance on schools, is still working on its own set of documents, the official said.

Officials at the CDC were largely kept in the dark about what recommendations will come from the White House workgroup.

An official close to the Coronavirus Task Force tells CNN that there are five different documents of guidance – but they all need to come out at once to make sense.

Some have been approved; some haven’t, according to the official, who added that the guidance will ideally be released as a package deal – with the hope no later than this Friday.

Some US schools are set to start their new school year in just two weeks.