Massachusetts Gov. Charlie Baker announced an executive order Friday that will go into effect on August 1 and require any travelers to the state to quarantine for 14 days unless they can provide a negative test result for Covid-19.

The order will apply to Massachusetts residents returning from out of state as well as other travelers, Baker told reporters.

Travelers from states with lower rates of transmission will be exempt, the governor said.

Failure to quarantine will result in a $500 daily fine, Baker said.

Dr. Anthony Fauci, the nation’s top infectious disease expert, said he has a good relationship with President Trump and they spoke recently.

“It’s good,” Fauci said on Fox’s America’s Newsroom today. “And I’m not just saying that for the sake of saying it.”

Fauci said that he had a “nice, long” conversation with the President just few days ago, and. “It was constructive, it was good," he added.

“I believe we’ve always had, and still to this day, have a good relationship,” he said. “And I’m sure, as you know, as you ask the president, he would say the same thing, and he’s being honest.”

Earlier this month, CNN reported that Trump were Fauci are no longer speaking. The President had taken to openly criticizing him on television, Fauci had expressed puzzlement at some of Trump's claims.

But this week, Fauci has insisted he does have a "good relationship" with the President.

The state of Florida is reporting at least 12,329 new cases of Covid-19 and 135 additional deaths on Friday, according to the Florida Department of Health.

This marks the ninth time since the start of the pandemic that daily deaths have surpassed 100 in Florida. All of those cases have been in the month of July, according to CNN's tally.

This brings the state's total for coronavirus cases since the pandemic began to at least 397,470, according to state's health officials. The statewide death toll is now 5,653.

The two will discuss "efforts to combat COVID-19," Pence's office said in a statement.

Pence is in Indiana, today, where he's expected to participate in a roundtable about reopening schools, according to his official schedule.

New York City Mayor Bill de Blasio said the city continues to meet the coronavirus indicator thresholds in order to keep the city open, even as some day-to-day numbers ticked up slightly.

Here are the latest numbers:

NOTE: The numbers listed were released by New York City Mayor Bill de Blasio’s office and may not line up exactly in real time with CNN’s database, which is drawn from Johns Hopkins University and the Covid Tracking Project.

New York City will open an additional 1.5 miles of city streets for “Play Streets,” a program that will allow children to have a safe, touch-less space to play outside, New York City Mayor Bill de Blasio said. He made the announcement during the city’s daily Covid-19 presser on Friday.

Vice President Mike Pence is in Indianapolis, Indiana, today. He's expected to participate in a roundtable about reopening schools, according to his official schedule.

The discussion comes a day after new US Centers for Disease Control and Prevention guidelines on education and child care were released. They came down strongly in favor of opening schools this fall, arguing that children don't suffer much from coronavirus, are less likely than adults to spread it and suffer from being out of school.

Indiana has reported nearly 60,000 cases of coronavirus since the pandemic began. At least 2,880 people have died in the state. 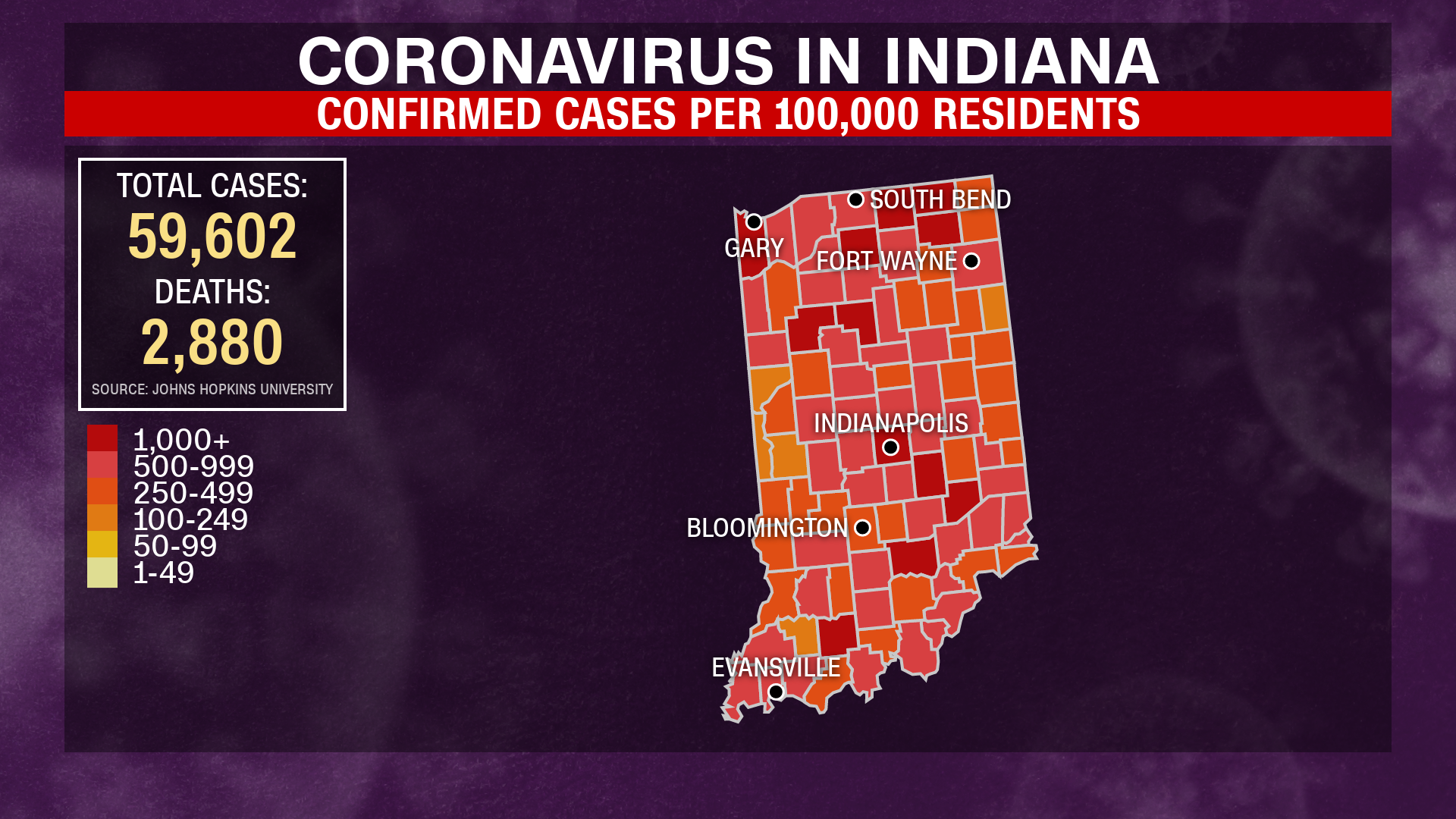 Here's a look of new cases each day in the state for the past two weeks: 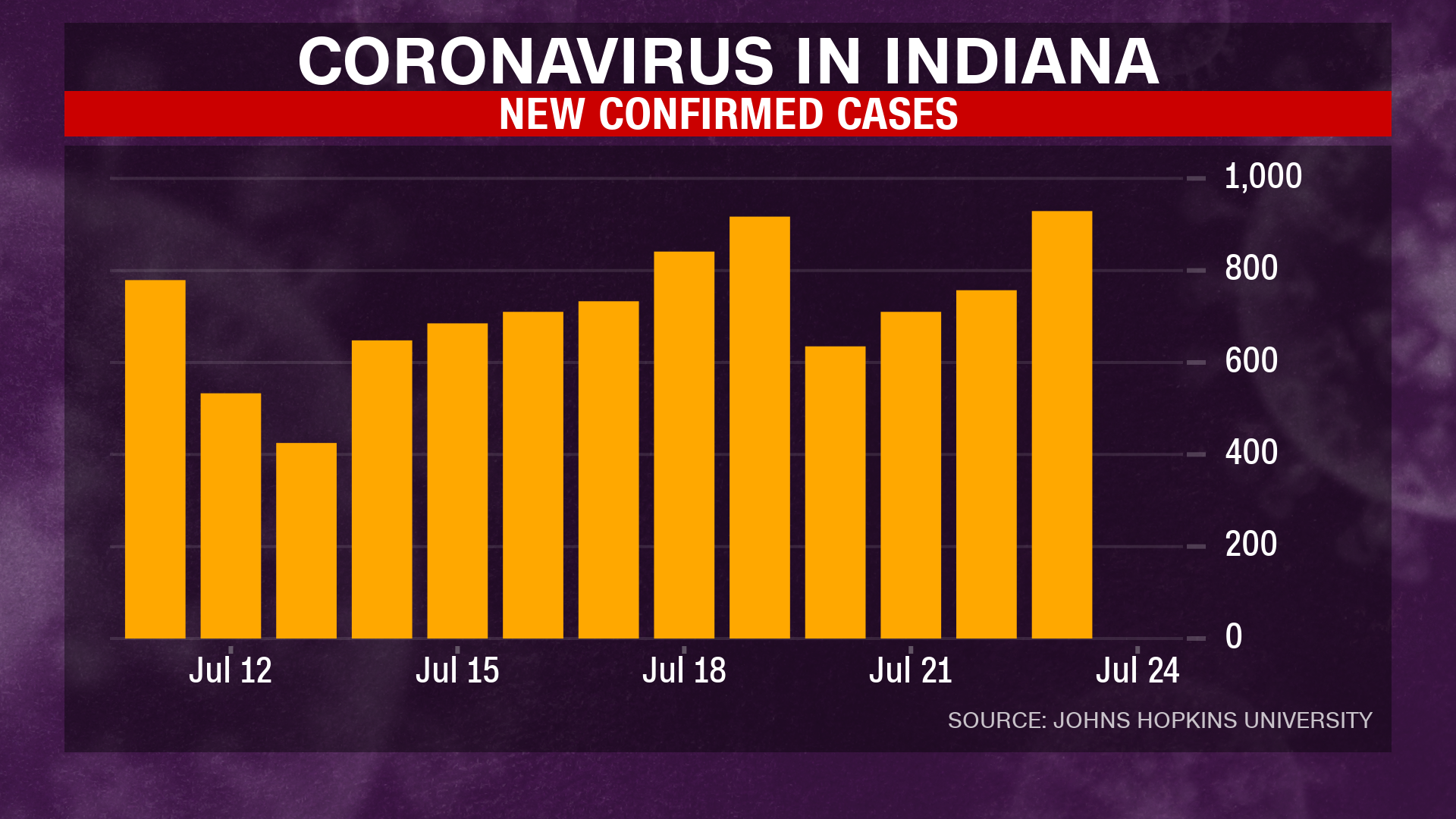 Starr County, Texas, has issued a shelter-at-home order for residents of the county, effective until 11:59 p.m. local time on August 10.

The order went into effect this morning. It states that all residents must shelter at home, including those who live in hotels, motels and shared rentals.

Residents are only allowed to leave their homes and travel for essential reasons.

The order also highly encourages businesses that are not essential to stop all activities that may not be provided by curbside, drive-through or take-out services.

In Florida, at least 55 hospitals have reached ICU capacity and show zero ICU beds available, according to data released by the Agency for Health Care Administration (AHCA) early this morning.

Ten of the hospitals at capacity are in Miami-Dade County, the epicenter of the pandemic in Florida, and six of them are in neighboring Broward County, AHCA data shows.

Additionally, another 40 hospitals have 10% or less ICU capacity available, according to AHCA.

AHCA reports about 16% ICU beds are available across the State of Florida.