Texas reported 196 new Covid-19 related deaths, the second highest number of coronavirus-related deaths in a single day, according to data released by the the state's Department of State Health Services on Friday.

To note: These figures were released by the Texas Department of State Health Services and may not line up exactly in real-time with CNN’s database drawn from Johns Hopkins University and the Covid Tracking Project.

There were 284,196 new Covid-19 cases reported to the World Health Organization in the last 24 hours, according to a situation report published Friday.

The total number of cases that have been reported to WHO from around the globe is now 15,296,926.

The rise in newly reported cases sets another record for cases reported to WHO within a 24-hour period. The previous record was set last Saturday, with 259,848 new cases of Covid-19.

Friday's report also noted there were 9,753 additional Covid-19 deaths reported to WHO in the past 24 hours, bringing the total number of deaths worldwide to 628,903.

US Immigration and Customs Enforcement announced Friday that newly enrolled international students won't be allowed to enter the United States if their classes are offered online only.

Students will be allowed to enter the US to enroll in a US school to pursue hybrid coursework for the fall semester, and the rules will not apply to international students who were already enrolled at colleges or universities in the US last semester and are returning, even if their school is fully online.

According to the release, schools should continue to abide by guidance put out in March 2020, which allowed students under the Student and Exchange Visitor Program (SEVP) to study virtually "in excess of regulatory limits" due to the coronavirus pandemic.

"Nonimmigrant students in new or initial status after March 9 will not be able to enter the U.S. to enroll in a U.S. school as a nonimmigrant student for the fall term to pursue a full course of student that is 100 percent online," according to ICE's release.

Earlier this month, the Trump administration withdrew its policy that would prevent all international students from staying in the US if they were taking their courses completely online, after 17 attorneys general and DC filed a lawsuit.

There are at least 4,091,062 cases of coronavirus and at least 145,063 people have died from the virus in the US, according to Johns Hopkins University's tally of cases.

On Friday at 5 p.m. ET, Johns Hopkins reported 52,314 new coronavirus cases and 759 reported deaths in the US.

Elementary schools in counties on California’s monitoring list will be able to reopen their campuses for in-person classes with a waiver, Gov. Gavin Newsom confirmed at a news conference on Friday.

As of Friday, 34 of California’s 58 counties are on Newsom’s watch list, including Los Angeles and other counties in the Bay Area. This represents more than 90% of the state’s population.

Newsom warned that more counties may be added this weekend.

The details: The waiver process for elementary schools will require school districts to work with local public departments to offer in-person instruction in counties on the county monitoring list, Newsom said.

School and district leaders must initiate the request for the waiver in consultation with labor, parents, and community-based organizations, he explained.

According to Newsom, California is providing the waiver because younger students are at lower risk of spreading coronavirus and the earlier return allows young students to benefit from in-person instruction.

Last week, Newsom ordered the majority of schools in California to close for in-person education this fall. 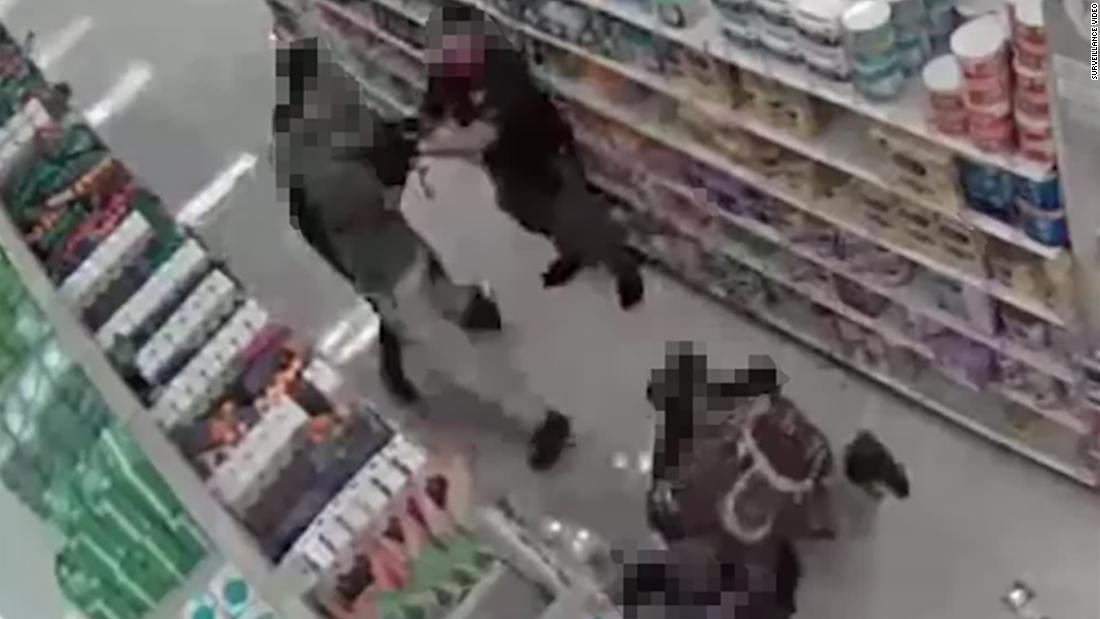 Criminal charges have been filed against two brothers who allegedly assaulted security guards at a Southern California Target store after they refused to wear masks, the Los Angeles city attorney announced Friday.

The brothers, 31-year-old Phillip Hamilton and 29-year-old Paul Hamilton, were not wearing face coverings when they entered the retailer’s Van Nuys location on May 1 and were confronted by store employees, according to the Los Angeles Police Department.

The pair were being escorted out of the store when the fight broke out, resulting in one of the security guards suffering a broken arm.

Phillip Hamilton is charged with multiple counts of battery, including an allegation of a battery causing serious bodily injury and a count of trespassing. He could face up to a year and nine months in jail.

Paul Hamilton was also charged with multiple counts of battery and a count of trespassing. He could face up to a year and three months in jail.

"Not wearing a mask is selfish, wrong and illegal," said Los Angeles City Attorney Mike Feuer. "We will absolutely not tolerate violence in response to appropriate efforts to assure business patrons wear face coverings. We have one common enemy—and it’s the virus, not each other."

CNN has reached out to both Hamilton brothers for comment.

Los Angeles has mandated the use of face masks in public indoor spaces since April 10 to prevent spread of coronavirus. Target has also announced that as of August 1 it will join a growing list of retailers in requiring face coverings while shopping.

The case is scheduled for a pretrial hearing in court on August 12.

It’s not a good idea to force all teachers to come back and teach in person, Dr. Anthony Fauci, the director of the National Institute of Allergy and Infectious Diseases, said Friday.

Some districts in the US are requiring all teachers go back to the classroom unless they have a doctor’s note. Fauci said school districts really need to listen to the concerns of teachers, especially those who are entering into the “elderly” demographic.

“There aren’t a lot elderly people that don’t have at least one underlying condition,” Fauci said at a Kahn Academy online event about opening schools.

“So, I think when you talk about forcing teachers to come back to school, you better be careful about that and make sure you pay attention to keeping them safe, and keeping them healthy.”

School officials need to look at rates of coronavirus transmission in their communities and before deciding about in-person instruction, he said.

“If I was superintendent, I would look at where my district was, what the risk is, and I’d fashion the process of getting kids back to school based on that estimation,” Fauci said.

Fauci said scientists still need to do more research to fully understand if children get as easily infected as adults. A large study underway at the National Institutes of Health should give more answers to that question by the end of December. Earlier, Fauci told a Washington Post Live event that new CDC guidelines on reopening schools were sound.

For the second day in a row, Hawaii has reported a record number of new coronavirus cases.

The state reported 60 new Covid-19 cases Friday, according to the state Department of Health. Hawaii had 55 new cases on Thursday.

"Some of the cases we’re reporting today are associated with existing clusters, known cases and household spread, but others are new, unassociated cases that indicate increasing community spread,” Health Director Bruce Anderson said in a statement.

Anderson added that some cases have been traced to people “just hanging out with close friends” who were not practicing social distancing.

The US Centers for Disease Control and Prevention has put "a sound set of guidelines" on how to reopen schools safely this fall during the Covid-19 pandemic, Dr. Anthony Fauci, the director of the National Institute of Allergy and Infectious Diseases, said Friday.

"I think the CDC has put some good guidance down. I just took a quick look at them before I started in on the program, which was sent to me by my colleagues at the CDC. So I think it's a sound set of guidelines," Fauci told the Washington Post's Robert Costa during an Post Live interview.

The guidelines released Thursday push hard for schools to reopen and point to studies showing that children are not at high risk of severe symptoms from coronavirus, as well as to studies showing younger children may not be important vectors for the spread of the virus.

“There's still a lot to learn about what the prevalence and incidence of infection is in children,” Fauci said today.

He added the National Institutes of Health has a study underway that is looking at 2,000 families to find, among other things, how frequently children get infected and if they transmit it to adults. It’s expected to produce results by December, he said.

"Even though we have some information about that, we still need more," Fauci added.