A coalition representing health professionals in Brazil denounced President Jair Bolsonaro for "crimes against humanity" in a judicial complaint to the Hague International Court of Justice.

The document, sent to the attorney general of the International Criminal Court, argues that Bolsonaro committed crimes against humanity by refusing to take necessary measures to protect the public during the pandemic.

The complaint is signed by the Brazilian Union Network UNISaúde, a group of more than a million health workers in the country, supported by unions and international entities.

The public at risk: The coalition accused Bolsonaro of being careless by promoting gatherings of supporters, approaching them without a mask, and advertising medication like hydroxychloroquine that have no scientific proof of effectiveness against Covid-19.

“This attitude of contempt, neglect, negativism, brought disastrous consequences, with a consequent increase in dissemination and total strangulation of health services, which was found without the minimum conditions to provide assistance to the populations. The Brazilian Government's omission characterizes a crime against humanity -- genocide," the complaint reads.

Marcio Monzane, regional secretary of UNI Americas, a branch of the international union federation UNI Global Union, said in a statement Sunday that the Bolsonaro government should be blamed for “its callous action in the face of the pandemic and for refusing to protect Brazil's health workers as well as the population, which he promised to defend when he became president."

The official response: The President's office said the matter is with the Republic Attorney General's Office (AGU) when CNN requested a comment. The AGU said it will only comment when it receives the subpoena from court.

The major driver of these new cases is people going to work while sick, said Andrews.

"The ultimate consequence, if people are going to work sick, is that people will become infected and therefore people will die," Andrews said.

“The residents in these facilities will be people, parents, grandparents, great grandparents, and they are at significant risk of dying -- that is an inescapable fact,” said Victoria’s Chief Health Officer Professor Brett Sutton on Monday.

This post has been updated to accurately reflect the number of new cases.

The coronavirus death toll in Texas surpassed 5,000 on Sunday, according to the Texas Department of State and Health Services.

There are currently 10,075 people still hospitalized in the state, according to the DSHS.

Top White House negotiators are pushing to scale back the next coronavirus relief legislation, just one day before Senate Republicans plan to release their $1 trillion proposal.

Treasury Secretary Steven Mnuchin and White House chief of staff Mark Meadows both mentioned the possibility of moving forward on a less ambitious proposal initially Sunday in television show appearances, and multiple aides told CNN that it has become a leading option in discussions between the administration officials and Senate Republicans in recent days.

"Honestly, I see us being able to provide unemployment insurance, maybe a retention credit to keep people from being displaced or brought back into the workplace, helping with our schools," Meadows said Sunday on ABC's "This Week."
"If we can do that along with liability protection, perhaps we put that forward and get that passed as we can negotiate on the rest of the bill in the weeks to come."

Bipartisan negotiations: The consideration of scaling back efforts before Republicans even put an offer on the table underscores just how difficult the coming bipartisan negotiations are expected to be. One of the primary reasons administration officials are considering a less ambitious effort is due to the initial meeting between Meadows and Mnuchin and House Speaker Nancy Pelosi and Senate Minority Leader Chuck Schumer last week, according to multiple officials.

"They came away from that significantly less optimistic that something can get done," said one administration official.

What might be in the package: A scaled-back proposal would focus primarily on deadline issues -- like the unemployment benefits that expire at the end of July, as well as education funding just weeks before schools are set to open. Should Republicans decide to pursue the idea, it may also be used to put pressure on Democrats in advance of the unemployment benefit deadline. 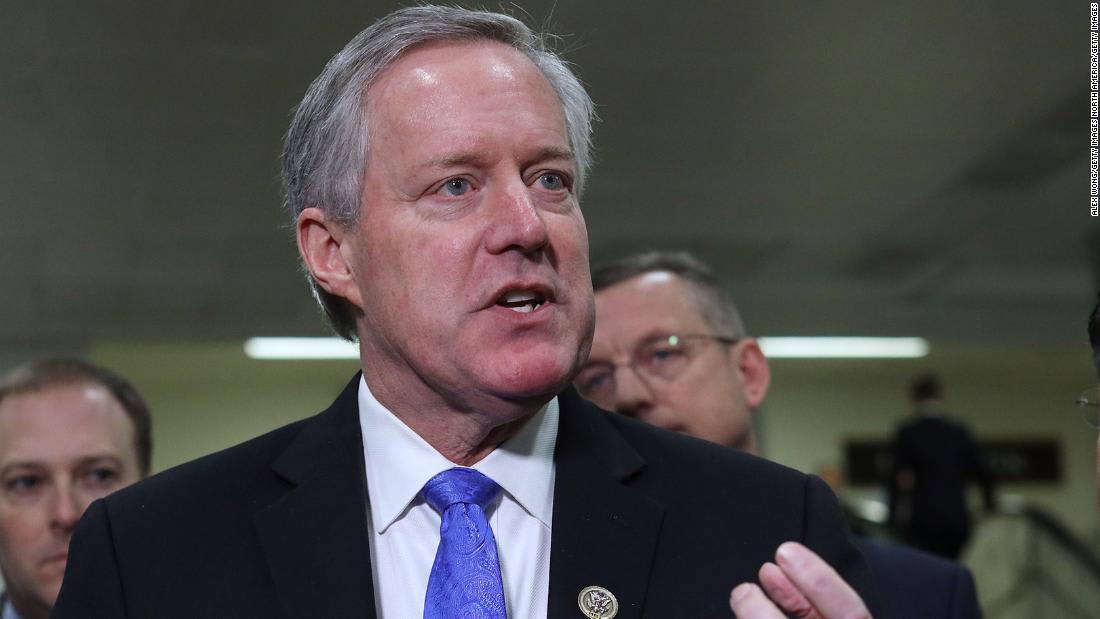 Mexico has reported 46,273 new coronavirus cases in the past seven days alone, according to a CNN tally of data from the Mexican health ministry.

The country also reported 4,506 related deaths in the same week.

President Andrés Manuel López Obrador has said that the high numbers are due to "increased testing and a delay of the information," though Mexico has one of the lowest testing rates of any large country worldwide.

The number of Covid-19 cases and hospitalizations in California continue to rise, according to a press release from the California Department of Public Health (CDPH).

There are currently 6,912 people in the hospital with confirmed Covid-19 cases, and 1,993 of those are in the ICU.

So far, 8,146 people have died in the state, according to the CDPH.

As of Sunday, 36 counties are on the state's watch list and have been ordered to close many of their indoor operations.

The superintendent of a public school district in Vermont wrote an open letter to her community detailing her frustration with trying to establish plans for safely and realistically reopening schools this fall, particularly because of a lack of state involvement and looming fears over a lack of staffing.

In most places, I think we are going to try to reopen school, and I think we will fail in ways that may have permanent, unrecoverable repercussions for our students, school systems, and community," said Brigid Nease, superintendent of the Harwood Union School District.

The truth is most school employees are scared to death they will get sick (or worse), bring the virus home to loved ones, have a student in their care become ill, or experience the death of a coworker," she wrote

Nease concluded the letter writing that fears over a lack of available staff due to disparate reopening plans across the state and general Covid-19 concerns are significant and that schools need proper intervention and solutions on a bigger, statewide-level.

"School districts across the state all have published plans that they cannot guarantee they can staff, and even if by some miracle one can, it is highly unlikely they will be able to sustain it," Nease said. "Childcare for all families AND school employees is a huge problem that crosses many district geographical boundaries. This is a significant statewide problem in need of a significant statewide solution made by those that have the authority to do so, at the top of the food chain, not individual community administrators and local school boards."

The Brazilian Society of Infectious Diseases later said Bolsonaro set a “bad example” by socializing and not wearing a mask right after his negative Covid-19 test announcement.

The number of people who have officially died from coronavirus in the country is 6,769, according to Health Minister Zweli Mkhize, who posted the figures on Twitter.