France has reached the same daily level of coronavirus cases as when its lockdown began easing on May 11, Health Minister Olivier Veran told the French newspaper Le Parisien in an interview Sunday.

He said the country is not yet in a second wave of the pandemic, but cases are rising sharply.

“We have seen, for a few days, the number of positive cases rise sharply while it has been falling for 13 weeks. It has reached the same daily level today as when the confinement was lifted,” Veran told Le Parisien.

Surge in young patients: Veran said screening has shown a large number of patients are younger than the previous wave, and in a tweet Sunday appealed to young people in particular to maintain vigilant.

“The rate of asymptomatics is extremely high. This is particularly the case in Ile-de-France where we see young people arriving who have been infected without knowing how,” Veran told the newspaper.

Possibility of local lockdowns: French Prime Minister Jean Castex said Saturday that he wants to avoid a national lockdown at all costs because it would have a too negative impact, socially and economically. He suggested France could instead have localized lockdowns, as have been used in Germany and the UK.

On Friday, the Health Ministry said the coronavirus reproductive rate in France has risen to 1.3.

“With a number of daily cases exceeding 1,000, we have returned to levels comparable to those at the end of the confinement period. We have thus erased a good part of the progress that we had made in the first weeks of deconfinement,” a press release from the Ministry said, adding that “the virus is circulating throughout the country.”

France has had more than 217,000 confirmed infections and more than 30,000 deaths, according to Johns Hopkins University.

The French Health Ministry has now scrapped the charge for coronavirus PCR tests, which determines if someone is infected with Covid-19, to encourage more people to get tested.

The French government announced last week it will distribute 40 million face masks to the poorest citizens after mask wearing was made compulsory in all indoor spaces in the country.

In Hong Kong, mask wearing will be compulsory in all indoor and outdoor public spaces from Wednesday midnight until August 4, authorities announced on Monday.

Failure to comply with the mask ordinance may result in a fine up to 5,000 Hong Kong dollars ($645). People with "reasonable excuses" such as medical conditions or children under two will be exempt.

Dining at restaurants is also banned, though they can still provide takeout services. Group gatherings in public will be limited to no more than two people -- down from four previously -- and premises with “high risk of infections” such as swimming pools and sports venues will be shut.

He added Hong Kong has been using the correct strategy to deal with the virus -- a “lift and suppress” method based on expert advice and scientific evidence. Cheung said the city is facing a high risk of community outbreak and urged people to reduce social interaction as much as possible. The coming two to three weeks are critical for containing the outbreak, he said.

When asked about the possibility of a lockdown, Cheung said the measure would cause too much inconvenience and difficulty. He said he believed the current measures are “appropriate.”

As of Monday, Hong Kong has recorded a total number of 2,778 Covid-19 cases and 20 related deaths.

South Korea confirmed 25 new coronavirus cases on Sunday, nine of which were locally transmitted, according to the country's Centers for Disease Control and Prevention.

The country also recorded one fatality from the virus on Sunday, bringing the death toll to 299.

Among all reported cases in the past two weeks, 62.6% were imported, 21% were locally transmitted, 6.2% are still being traced and 1.6% were related to imported cases, according to the KCDC.

Starting from Monday, people traveling from high-risk countries designated by the South Korean government must be tested upon entering the country and again before they are allowed to leave quarantine.

Eight repair workers who tested positive are related to Russian vessels in the southeastern port of Busan. Five were asymptomatic, while three showed symptoms around the same time, according to the KCDC.

Health authorities said they are discussing plans to charge foreigners for coronavirus treatment, as the increase in imported cases could burden South Korea’s medical system and virus control efforts.

The United States has a fourth of global coronavirus cases and as officials work to slow its rampant spread, face coverings remain a point of contention as some local authorities are declining to enforce mandates.

Florida: Police in Miami -- what experts call the country's coronavirus epicenter -- issued more than 300 citations in 10 days to individuals and businesses that aren't abiding by the local mask order.

"The growth rate (of cases) has shown flattening since we implemented the masks in public rule and we're following the advice of our healthcare professionals and our hospital administrators who are telling us that what we have to do now is focus on enforcement," Miami Mayor Francis Suarez told CNN on Sunday. "We created a special task force just for that and we've been issuing hundreds of tickets over the course of the week."

The county has reported more than 100,000 coronavirus cases -- more cases than all but 12 states. Over the weekend, ICUs were at 137% capacity and there were about 334 patients on ventilators, about a 64% increase in two weeks, according to county data.

While Florida's governor hasn't ordered a statewide mandate, Miami-Dade County announced earlier this month it was tightening restrictions around its order on face coverings by punishing violators with a $100 fine.

Indiana: A statewide mask order went into effect Monday morning, but sheriffs in at least four counties said they wouldn't enforce the mandate, according to CNN affiliate WXIN.

"If a disturbance or other issue were to develop, deputies would respond as always; however, we will not respond solely for allegations of a violation of the executive order," said Johnson County Sheriff Duane Burgess, according to the affiliate.

Ohio: The governor issued a statewide mask order last week, and one sheriff already said earlier this month he wouldn't be enforcing any sort of mandate, according to CNN affiliate WLWT.

"I can tell you this -- I am not the mask police. I am not going to enforce any mask-wearing. That is not my responsibility. That is not my job. People should be able to make those choices themselves," said Butler County Sheriff Richard Jones. 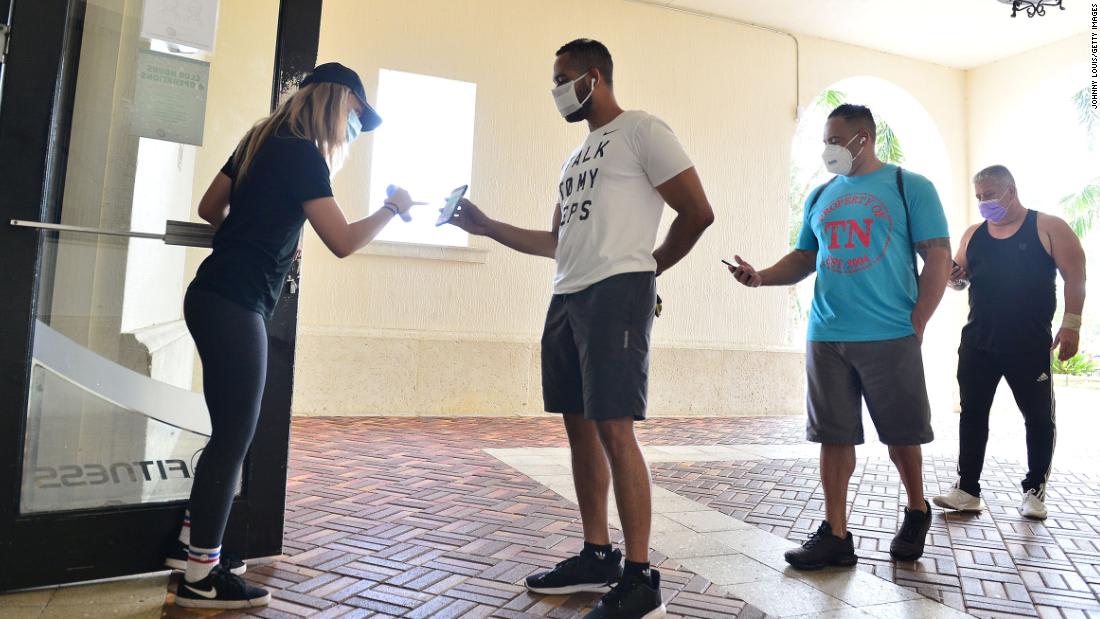 China recorded 57 local Covid-19 cases on Sunday, the highest number the country has seen since it brought the coronavirus largely under control in March, according to figures released by the National Health Commission on Monday.

Among the locally transmitted cases, 41 were found in the far western region of Xinjiang, where the coronavirus resurfaced on July 15 after nearly five months of no new cases.

The remaining cases were discovered in the country's northeast, including 14 in Liaoning province and two in Jilin province.

Sunday's figure is the highest number of local infections the country has reported since March 6, surpassing the daily spikes during a coronavirus outbreak in Beijing last month.

On Sunday, China also recorded four imported cases and 44 asymptomatic infections. The country does not include asymptomatic cases in its overall tally of confirmed infections.

As of Monday, China has reported a total of 83,981 confirmed cases, including 4,634 deaths, according to the NHC.

For travelers around the world, visiting a tropical beach resort in Thailand feels like a far-off dream right now due to Covid-19 travel restrictions.

The country's borders remain closed to international tourists and plans for an aviation "bubble" with other nations continue to sputter.

Thailand's tourism sector, which contributes close to 15% of its GDP according to the World Bank, has been severely impacted.

For the moment, domestic travelers are infusing some much-needed cash into the ailing industry. Thailand hasn't reported a locally transmitted Covid-19 infection in more than 50 days, giving travelers a sense of security as they hit the road.

Though destinations like Koh Samui and Phuket continue to suffer from the lack of overseas visitors, resort towns within driving distance of Bangkok are taking advantage of locals' urge to travel following weeks of lockdown.

The seaside town of Hua Hin: Located about a 2.5-hour drive from Bangkok, it's Thailand's first beach resort, having become a popular retreat for royalty and upper-class families in the early 1900s. Today, you'll find a wide mix of accommodation offerings, from guest houses to five-star luxury properties, including many big global brands.

CNN Travel recently visited three different high-end Hua Hin properties -- all experiencing high occupancy rates -- and spoke with their managers to find out how they're adapting to Thailand's post-Covid realities and what guests can expect during a stay. 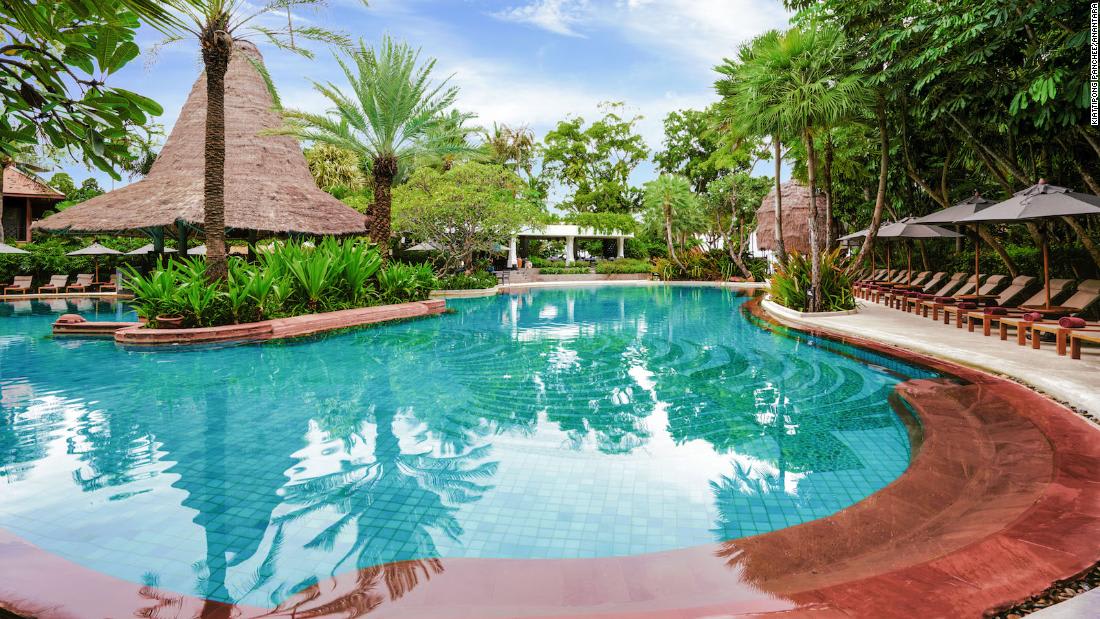 Thailand's beach resorts have reopened to domestic tourists. Here's what guests can expect

A suspected coronavirus patient who entered North Korea from the South was allegedly fleeing arrest, the South Korean police said on Monday.

On Sunday, North Korean state media reported the country’s first suspected Covid-19 case -- a man who defected to South Korea three years ago and returned to the North illegally earlier this month.

The South Korean defense ministry acknowledged on Monday that the man is believed to have returned to North Korea.

According to a news release from the South Korean police, the man was accused of a sex crime in the South and crossed the border in the Incheon area on July 17.

South Korean defense ministry spokesman Moon Hong-sik said authorities discovered an abandoned bag on the border, which they believed may provide evidence for the case.

The man had not been registered as a coronavirus patient in South Korea, or a person in contact with a confirmed case, according to South Korea’s health ministry.

North Korea has previously claimed that the country has no confirmed Covid-19 cases.

US President Donald Trump's top aides are stepping up blame-game tactics against the states, saying coronavirus testing problems and rising cases are not his fault as they try to counter new polls suggesting that his leadership failings could cost him reelection.

The move comes as Republicans on Capitol Hill haggle over a measure that would replace, with smaller benefits, $600 a week in federal aid to millions of workers that has already paid out for the last time, even as out-of-control virus spikes cause some states to slow or reverse opening plans.

The new administration drive to absolve Trump of responsibility and to speed up economic activity by encouraging people to go back to work follow the President's previously misjudged gamble to goad states that are now suffering terribly from the pandemic to open before they had properly suppressed the virus. It also coincides with his demands that all schools open while ignoring concerns of parents and teachers.

With many states complaining that delays in processing coronavirus tests are making it impossible to check the spread of the disease, the administration claimed again on Sunday that its "Manhattan Project" on testing is sufficient.

"We have enough tests right now, if we use them in the right way, to achieve the goals that we need to achieve," Adm. Brett Giroir, the administration's testing czar said on CNN's "State of the Union."

Giroir, who did allow that turnaround times for tests needed to improve, said states had not claimed all of the money allocated to build up test and tracing networks seen as critical to quelling the pandemic.

But Maryland's Republican Gov. Larry Hogan told CNN's Jake Tapper on the same show that Trump's claims that every governor had what they needed from Washington were false.

"That's not the case here in my state of Maryland, and it's not what I'm hearing from all of the other governors," he said. 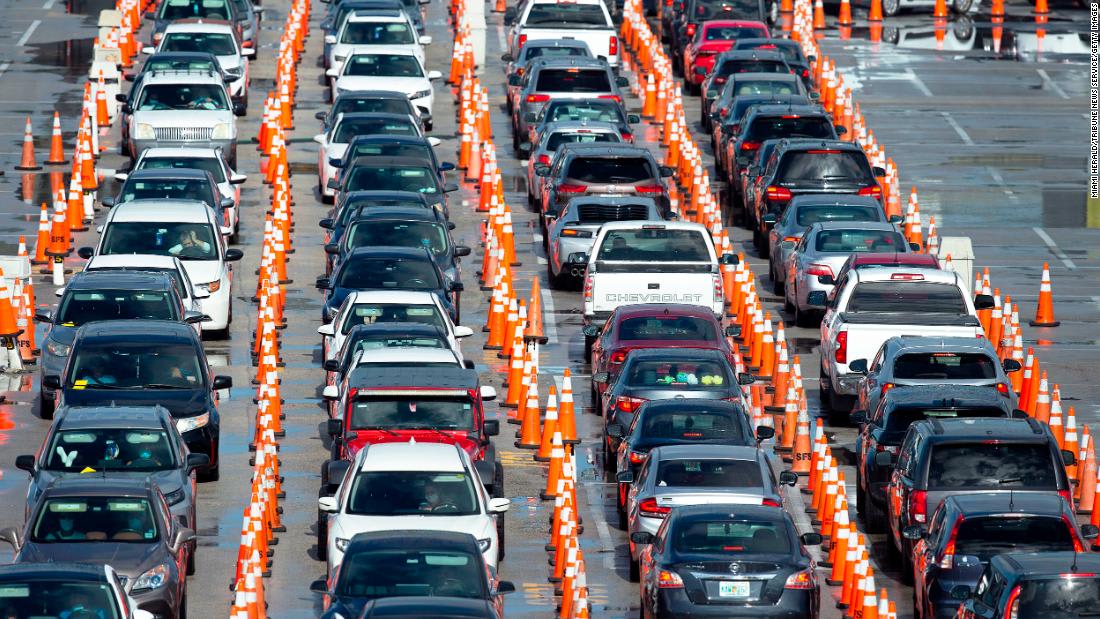