Nearly 16.8 million cases of the novel coronavirus have been recorded worldwide, including more than 660,000 deaths, according to Johns Hopkins University.

Here's the latest updates on the Covid-19 pandemic from around the globe:

This post was updated to reflect the US death count.

South Korea is imposing tighter controls on Russian crew members intending to dock in its ports from August 3, according to the country's Ministry of Health and Welfare.

Starting from the beginning of August, Russian crew members will have to submit coronavirus test results to Korean authorities 48 hours before departing for South Korea.

In July, 44 crew members of a Russian vessel tested positive in South Korea's southeastern port of Busan. An additional 10 local infections were linked to the cluster, according to the Korea Centers for Disease Control and Prevention.

South Korea detected 48 new coronavirus cases on Tuesday, including 14 local infections, increasing the total to 14,251, according to the health ministry. The death toll remained at 300.

The British government has signed a supply deal to secure up to 60 million doses of a potential coronavirus vaccine currently being developed by pharmaceutical giants Sanofi and GlaxoSmithKline.

“A deal to secure early access to a promising new coronavirus vaccine has been announced by the government today (29 July), enhancing the UK’s growing portfolio of vaccine candidates to protect the public and to save lives,” the Department for Business, Energy and Industrial Strategy (BEIS) said Wednesday in a statement.
“The agreement with GSK and Sanofi Pasteur, which combined have the largest vaccine manufacturing capability in the world, will supply the UK with 60 million doses of their COVID-19 vaccine, which is based on existing DNA-based technology used to produce Sanofi’s flu vaccine,” the statement added.

According to the government, this latest deal could allow priority groups to be vaccinated as early as summer 2021, should the Sanofi and GSK vaccine candidate prove effective in human studies.

“Our scientists and researchers are racing to find a safe and effective vaccine at a speed and scale never seen before. While this progress is truly remarkable, the fact remains that there are no guarantees,” Business Secretary Alok Sharma said Wednesday.

“In the meantime, it is important that we secure early access to a diverse range of promising vaccine candidates, like GSK and Sanofi, to increase our chances of finding one that works so we can protect the public and save lives,” he added.

“Through this agreement with GSK and Sanofi, the Vaccine Taskforce can add another type of vaccine to the three different types of vaccine we have already secured,” the chair of the government’s vaccines task force, Kate Bingham, said.

“This diversity of vaccine types is important because we do not yet know which, if any, of the different types of vaccine will prove to generate a safe and protective response to Covid-19,” she added, cautioning that the UK must not be complacent or overly optimistic.

US President Donald Trump's return as the face of the Covid-19 response has deteriorated into a misinformation masterclass that explains why America is in such a mess.

In an extraordinary performance Tuesday, as the daily death toll again soared toward 1,000 and the number of Americans dead approached a tragic milestone of 150,000, Trump again forswore the most basic requirements of national leadership in a crisis.

At a White House briefing that turned almost into a parody of his own mismanagement of the pandemic, he complained that the government's top infectious diseases expert, Dr. Anthony Fauci, had better approval ratings than he did.

He painted a misleading picture of a viral surge still raging across Southern and Western states that is showing new signs of spreading deeper into the heartland, saying large portions of the country were "corona-free."

And he launched a stunning new pitch for hydroxychloroquine, the anti-malaria drug beloved by conservative media but that has not been shown in rigorous clinical trials to be an effective treatment for Covid-19.

Given the trail of sickness and death that has unfolded in recent months, it was bizarre though not surprising that the President would return to the controversy over hydroxychloroquine. On Monday night, he retweeted videos describing hydroxychloroquine as a "cure" that meant Americans didn't need to wear masks. 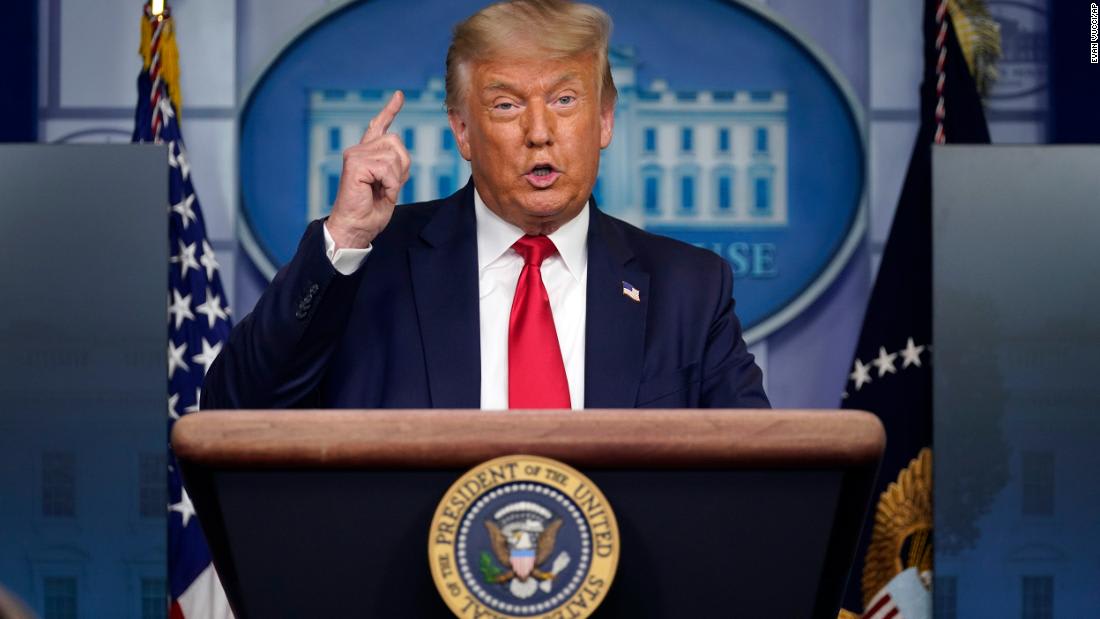 Trump undermines his pandemic response with more misinformation and self-obsession

A study done in monkeys suggests Moderna’s experimental coronavirus vaccine might protect against severe disease and reduce the risk of passing the virus along to others.

Moderna started advanced, Phase 3 testing of its experimental vaccine in humans in the United States on Monday -- the fastest advancement ever of a new vaccine in the US. But the quick vaccine development process means the vaccine was not tested extensively in animals before moving on to people.

A team at the National Institute of Allergy and Infectious Diseases, which helped develop the vaccine, tested it in rhesus macaque monkeys. Then they infected the monkeys with the virus -- an experiment that would be difficult, ethically, to do in human.

Monkey tests: While the monkeys did become infected, the vaccine appeared to interfere with the spread of the virus in the animals, the NIAID team reported in The New England Journal of Medicine.

“Remarkably, after two days, no replicating virus was detectable in the lungs of seven out of eight of the macaques in both vaccinated groups, while all eight placebo-injected animals continued to have replicating virus in the lung,” the NIAID researchers said in a statement.

None of the monkeys that got the higher dose of vaccine had virus in their noses, either. That would suggest the vaccine might prevent the spread of the virus, even if people do get infected.

“This is the first time an experimental COVID-19 vaccine tested in nonhuman primates has been shown to produce such rapid viral control in the upper airway, the investigators note,” the researchers said.

“A COVID-19 vaccine that reduces viral replication in the lungs would limit disease in the individual, while reducing shedding in the upper airway would potentially lessen transmission of SARS-CoV-2 and consequently reduce the spread of disease,” they added.

The researchers note that it’s not at all clear that monkeys respond to the virus in the same way that people do. But they noted that the virus appears to replicate in the noses of the monkeys in much the same way as it does in people.

Also reassuring: One worry was that the vaccine might make the body overreact to a true infection later on, a response known as vaccine-associated enhanced respiratory disease. This didn’t happen in the monkeys, the researchers said. 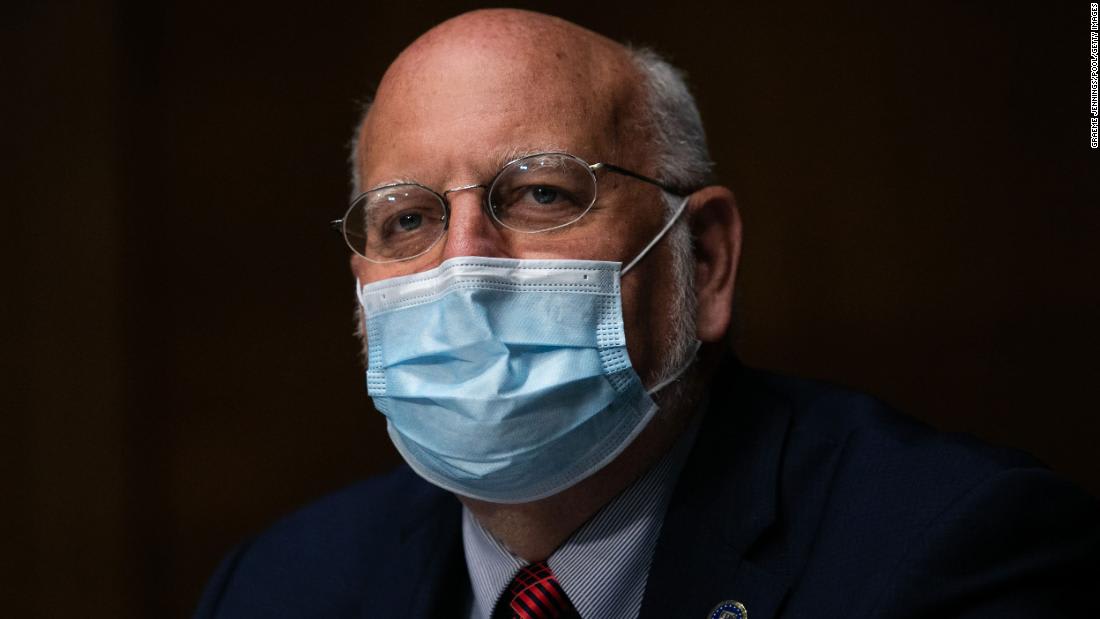