Without a national effort to adhere to preventative measures, it will be impossible to predict how much longer the Covid-19 pandemic will last in the United States, according to the country's top infectious disease doctor.

The US is seeing a resurgence of coronavirus infections after states began reopening their economies, with the number of cases now at more than 4.4 million and the death toll at 152,075, according to data from Johns Hopkins University. The Institute for Health Metrics and Evaluation increased its forecast to 219,864 total deaths by November, in part because the nation continues to debate measures like wearing masks and social distancing.

Regularly taking such precautions is especially important given that a backlog in getting test results is rendering some coronavirus testing practically useless.

"It shouldn't be acceptable" that US testing is so backlogged, assistant Secretary for Health at the US Department of Health and Human Services Adm. Brett Giroir said Thursday.

While he said about 25% of tests give results in about 15 minutes, most take days. Giroir said his goal is for all tests to be "sensitive and specific and back within 15 minutes."

But, he said, "you can't test your way out of this," and people should wear masks, avoid crowds and avoid being indoors with others.

Formula One driver Sergio Perez has tested positive for Covid-19 and will miss this weekend's British Grand Prix.

The Mexican was self-isolating from the rest of the paddock on Thursday after an initial test came back as "inconclusive," his Racing Point team said, before a retest confirmed he had the coronavirus.

"With assistance of the local organizer of the British Grand Prix, local health authorities and the FIA Covid-19 delegate, a full track and trace initiative has been undertaken and all close contacts have been quarantined," F1 and the FIA said in a statement.

"The procedures set out by the FIA and Formula 1 have provided for swift containment of an incident that will have no wider impact on this weekend's event."

Perez will remain in self-isolation for 10 days, per the UK's guidelines, which also rules him out of next weekend's grand prix at the same track. 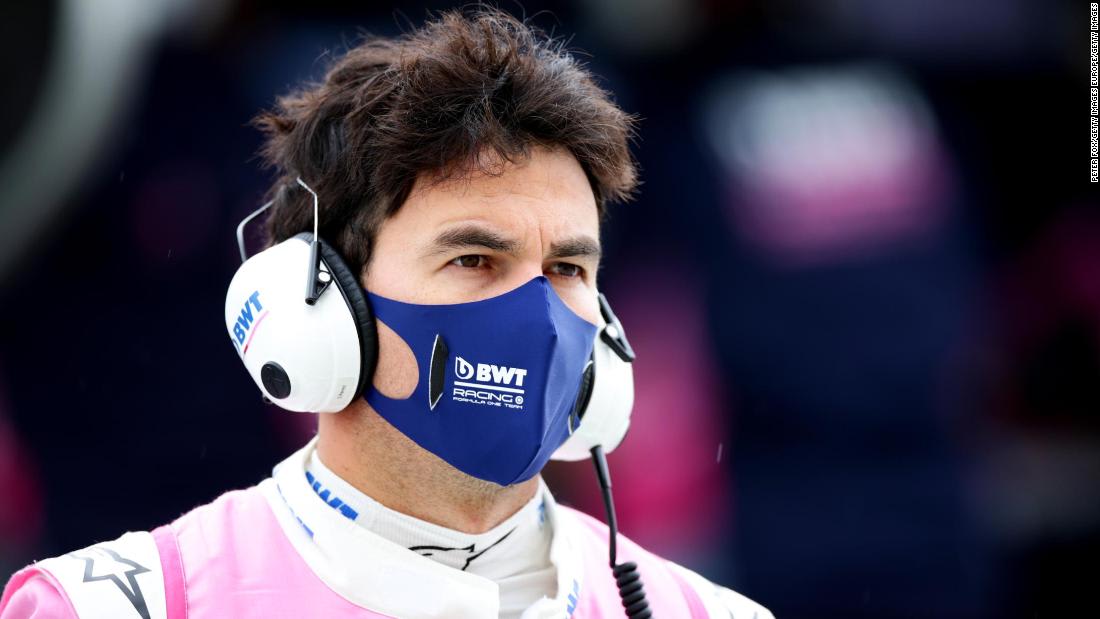 A San Diego gym that was shut down after operating in defiance of a county health order to close last week is now linked to an outbreak of coronavirus.

It isn't clear how many cases have been linked to "The Gym" in California, but county health officials say an outbreak is considered three or more cases from different households stemming from a specific location.

"The Gym" did not immediately respond to a CNN request for comment.

San Diego County has reported a total of 28,287 Covid-19 cases, while the state of California has the highest number of total cases in the country at 492,934, according to data from Johns Hopkins University.

The Pacific Beach gym remained open despite an order to close indoor operations to prevent the spread of the virus. The business was sent a letter July 23 and told to close immediately, but it didn't shut until days later on July 27, county health officials say.

According to San Diego Health Officer Wilma Wooten, any business or entity that violates the order faces a misdemeanor and a fine of $1,000. 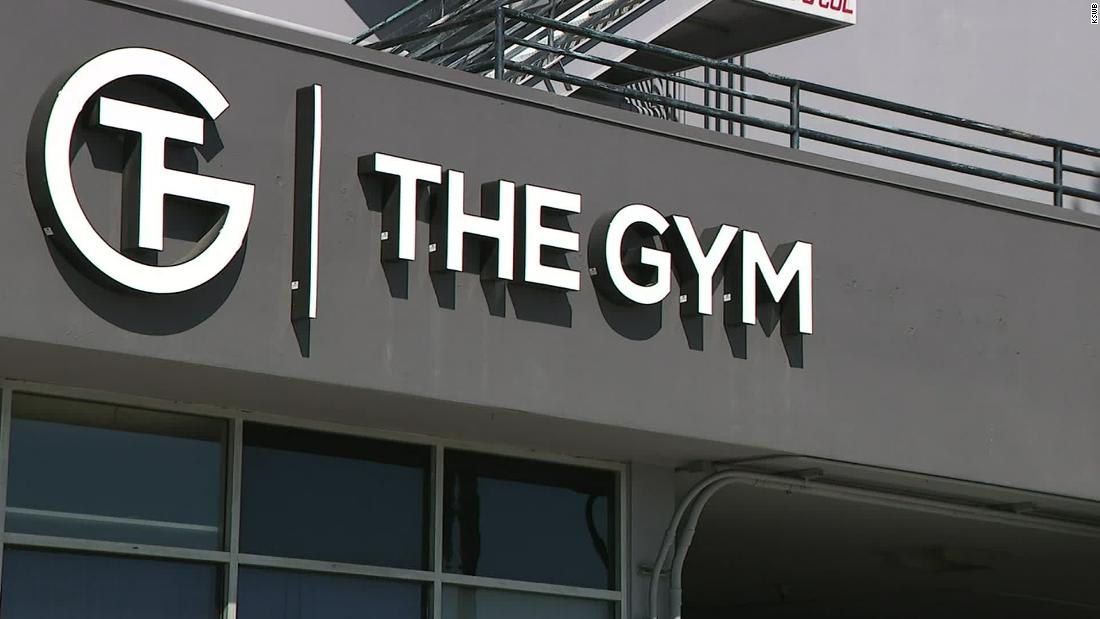 Germany's center for disease prevention has designated three Spanish regions as “high-risk areas,” according to its most recent update to its global list of places believed to be hotbeds of the novel coronavirus.

“The Autonomous Communities of Aragon, Catalonia and Navarre are currently considered high-risk areas,” the Robert Koch Institute (RKI) said in its amendment to the list.

While the German foreign ministry had already issued a travel warning for the three Spanish regions on Tuesday, the designation by the RKI means that travelers returning to Germany from those regions will be mandated to take coronavirus tests on arrival, according to a new directive by Germany’s health ministry which is set to go into effect next week.

Several other European countries have issued warnings on traveling to Spain.

The UK recently re-imposed a 14-day mandatory quarantine measures for travelers arriving from Spain, a move that could disrupt travel and impact tourism, which is a vital part of the Spanish economy.

Hong Kong’s Chief Executive Carrie Lam announced the Legislative Council elections slated for September 6 have been postponed due to the coronavirus outbreak in the city.

In an ongoing press conference, Lam said it is the most difficult decision she has made in the last seven months. She said she has the support of the Central People’s government in making this decision.

Lam said the delay is needed to protect public health and guarantee fairness in the election.

Hong Kong reported 121 confirmed cases of Covid-19 on Friday, including 118 local infections, the 10th day of triple-digit infections for the city.

The three imported cases are a domestic helper from the Philippines, a seafarer from India, and a businessman from Mexico, according the department of health.

Three new deaths were reported in Hong Kong, bringing the total to 27. The total number of cases stands at 3,273.

Brazil's President Jair Bolsonaro said on Thursday he felt weak and might have "mold in the lung" having spent weeks in isolation after catching Covid-19.

In his first Facebook live video since recovering from Covid-19, Bolsonaro said: "I've just taken a blood exam. I was a bit weak yesterday. They have also found a bit of an infection. I'm taking antibiotics now. It must have been those 20 days inside the house, we catch other things. I've caught mold, mold in my lungs. It must be that."

The President spent nearly 20 days in semi-isolation, after testing positive for the virus on July 7 and on subsequent occasions. On July 25, he announced via Twitter that he had tested negative.

His wife, Michelle Bolsonaro, has also tested positive for Covid-19, according to a statement from the President's press office.

The first lady, who was last seen in public on Wednesday afternoon when she attended an official event in Brasilia with her husband, "is in good health and will follow all established protocols," the statement said.

Europe's economy shrank by 11.9% in the second quarter as the coronavirus pandemic plunged the region into a deep recession.

The quarter-on-quarter fall in EU GDP is the worst on record. Compared with the same period a year ago, the fall in output was even bigger — 14.4% — making it worse than the 9.5% slump recorded Thursday by the United States.

Recent surveys of business activity suggest Europe's economy is now in recovery mode. But the specter of another wave of coronavirus cases looms.

Germany's center for disease control, the Robert Koch Institute, said this week that a recent spike in cases was "very disturbing." In France, new daily cases have crept back to the same level as when its lockdown lifted in early May. Spain and Italy have also recorded increases.

The United Kingdom recently reimposed quarantine measures for travelers arriving from Spain, a move that will slow the recovery in its vital tourism industry.

Germany, Europe's biggest economy, suffered less than other big EU countries in the second quarter, reporting a 10.1% hit to GDP.

According to the latest forecast from the European Commission, the EU economy will shrink 8.3% in 2020. The forecast assumes that restrictions will continue to ease, and that there won't be a major second wave that triggers large-scale quarantine measures.

The Spanish economy shrank 18.5% in the second quarter -- its worst drop on record -- as the strict nationwide lockdown and restrictions took a toll on the economy amid the coronavirus pandemic.

This is the second consecutive negative quarter for Spain which has now entered recession. The economy dropped 5.2% in the first quarter.

Falling exports and weak service activities particularly in hospitality dragged the economy down. The economy is down 22.1% year on year.

The UK recently re-imposed a 14 day mandatory quarantine measures for travelers arriving from Spain, a move that could disrupt travel and impact tourism -- a vital part of the Spanish economy -- leading to a slower recovery.