Two passengers on board a KLM flight from Amsterdam to Ibiza were arrested after refusing to wear mandatory face masks during the flight, KLM spokesperson Paul Weber told CNN on Sunday.

The two passengers, described as “unruly” and “having drunk too much,” were refusing to wear masks on a KLM flight to the Spanish island on Friday, Weber said. They were also “troubling other passengers physically and verbally," he added.

The KLM spokesperson said the captain of the flight decided to arrest them onboard, shortly before landing in Ibiza. Local authorities arrested the two passengers on arrival.

Some context: According to its website, KLM is currently requiring passengers to wear a face mask from the first boarding call until they have gone through the arrival gate at their destination.

The premier of Victoria plunged Australia's second-largest state into a "state of disaster" on Sunday, announcing even stricter lockdown measures, introducing a nightly curfew and banning virtually all trips outdoors after the region announced 671 new infections in a single day.

Daniel Andrews told Victorians at a news conference that "we have to do more, and we have to do more right now," as the state battles to contain a devastating coronavirus outbreak that had already stripped residents of their freedoms, livelihoods and social interactions and made it an outlier from the rest of the country.

"I've had the job of leading this state for almost six years -- more than 2,000 days. And today is by far the hardest day -- and the hardest decision," Andrews said.

"Where you slept last night is where you'll need to stay for the next six weeks," he added, while announcing a curfew between 8 p.m. and 5 a.m. beginning Sunday evening. 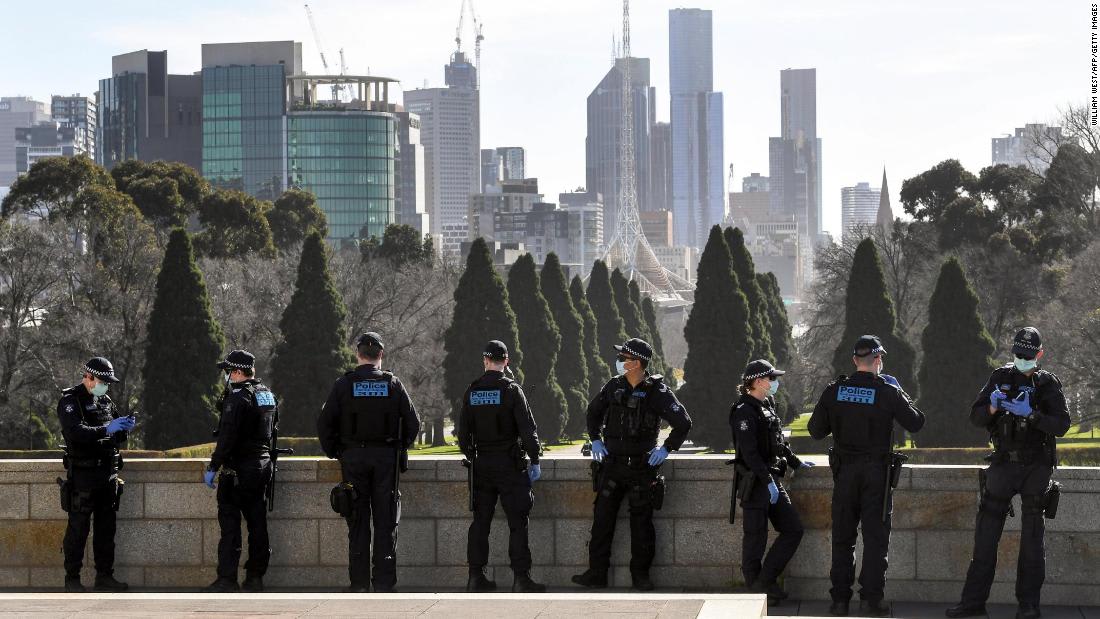 Victoria declares 'state of disaster,' locking down millions in Melbourne

Seven months into the coronavirus pandemic, the scientific community has learned many things about the SARS-CoV-2 virus and the disease it causes, Covid-19.

But there are still many gaps in our understanding.

One big mystery: Why do some people get very sick and even die from their illness, while other similar people show no symptoms and may not realize they've been infected at all?

We know some of the big factors that put people at higher risk of having a severe, even fatal, course of disease: being over 60; being overweight or obese; having one or more chronic diseases such as diabetes, cardiovascular disease, kidney or lung disease, and cancer; and being a person of color -- Black African American, Latino Latinx or Native American.

But might the opposite also be true: Could certain people actually have some type of protection?

A recently published summary article in the journal Nature Reviews Immunology put forth a tantalizing possibility: A large percentage of the population appears to have immune cells that are able to recognize parts of the SARS-CoV-2 virus, and that may possibly be giving them a head start in fighting off an infection. In other words, some people may have some unknown degree of protection.

"What we found is that people that had never been exposed to SARS Cov2 ... about half of the people had some T-cell reactivity," co-author of the paper Alessandro Sette from the Center for Infectious Disease and Vaccine Research at La Jolla Institute for Immunology, told CNN.

Panama City's mayor José Luis Fábrega apologized to constituents on Saturday after he was caught and fined for breaking his own city’s quarantine rules.

In a statement on his social media Saturday, he said:

The mayor said he was met by a judge and the police in front of his beach house. "I apologize for this situation and commit to and invite everyone to strictly follow the measures dictated by MINSA (Ministry of Health)," Fábrega said in the statement published hours after photos of police approaching him at the beach circulated on social media.

Panama has the highest number of Covid-19 infections in Central America with 66,383 cases. More than half of these 37,866, have been confirmed in Panama City where Fábrega is mayor. The country has reported 1,449 deaths.

An executive decree establishing a weekend quarantine was issued two weeks ago in an attempt to contain the spread of the virus. The four provinces with the highest infection rates were ordered to maintain quarantine from 7 p.m. on Fridays to 5 a.m. on Mondays.

Panama City and Panama Oeste, where the mayor’s beach house is located, are both under weekend quarantine rules.

Tennis star Nick Kyrgios has announced that he will not play at the upcoming US Open due to the coronavirus pandemic.

World No. 40 Kyrgios has been an outspoken critic of exhibition tournaments staged amid the pandemic, most notably the Adria Tour organized by Novak Djokovic. A number of players, including world No. 1 Djokovic, tested positive for Covid-19 after the tournament in June.

In pulling out of the US Open, which is scheduled to begin in New York on August 31, Kyrgios follows fellow Australian Ashley Barty, who said earlier this week she would not compete in what will be the second grand slam of the year.

"Let's take a breath here and remember what is important, which is health and safety as a community," Kyrgios said in a video released by Uninterrupted. He said:

We can rebuild our sport and the economy but we can never recover lives lost.

"I will not be playing this year at the US Open. It hurts me at my core not to be out there competing in one of the sport's greatest arenas, the Arthur Ashe Stadium.

"But I'm sitting out for the people, for my Aussies, for the hundreds of thousands of Americans who have lost their lives, for all of you." 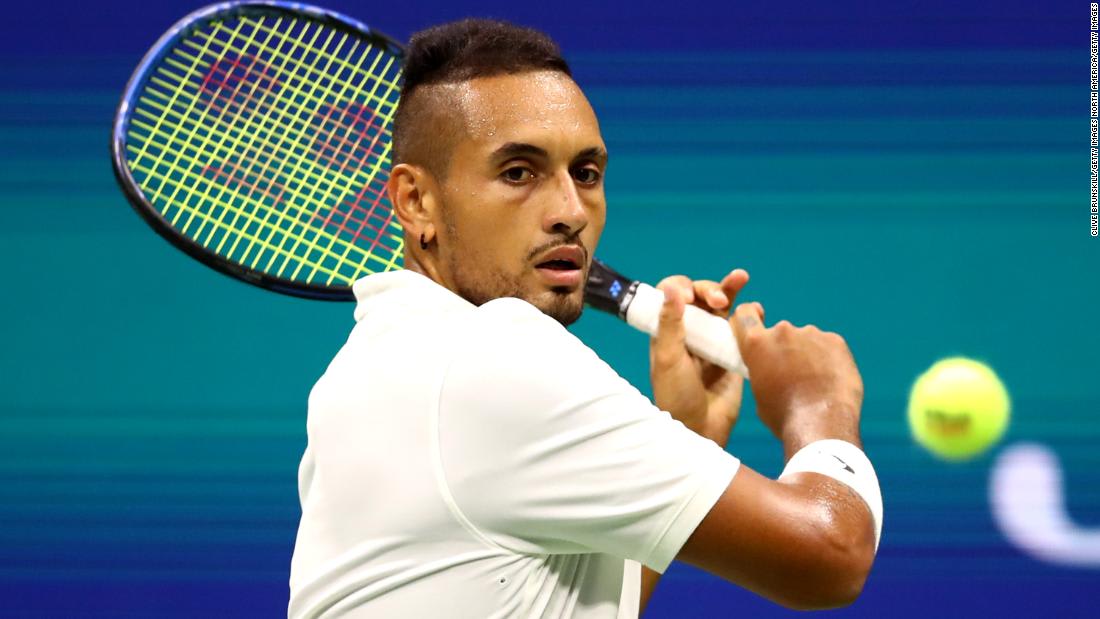 Nick Kyrgios won't compete at the US Open amid coronavirus concerns

Hong Kong has seen 115 new coronavirus infections in the past 24 hours, the head of communicable disease branch of the Department of Health Chuang Shuk-kwan said at a news conference Sunday.

All new infections are locally transmitted cases. Among them, 76 are related to previous cases, while 36 are currently under investigation.

The government reported three new deaths as of Sunday, pushing the death toll to 34.

With temperatures soaring and winds gusting, California firefighters may soon face their first significant battle against wildland blazes, but they will also have to contend with the uncertain terrain caused by the coronavirus.

Under Covid-19 safety procedures, California fire officials will reduce the size of usually bustling base camps -- where hundreds of engines from city, state and federal agencies gather under mutual aid agreements to fight major blazes.

"For every large wildfire we build a base camp, our own mini city, so it's a large quantity of personnel in tight quarters," said Captain Erik Scott of the Los Angeles Fire Department. "It's a potential breeding ground for the coronavirus." 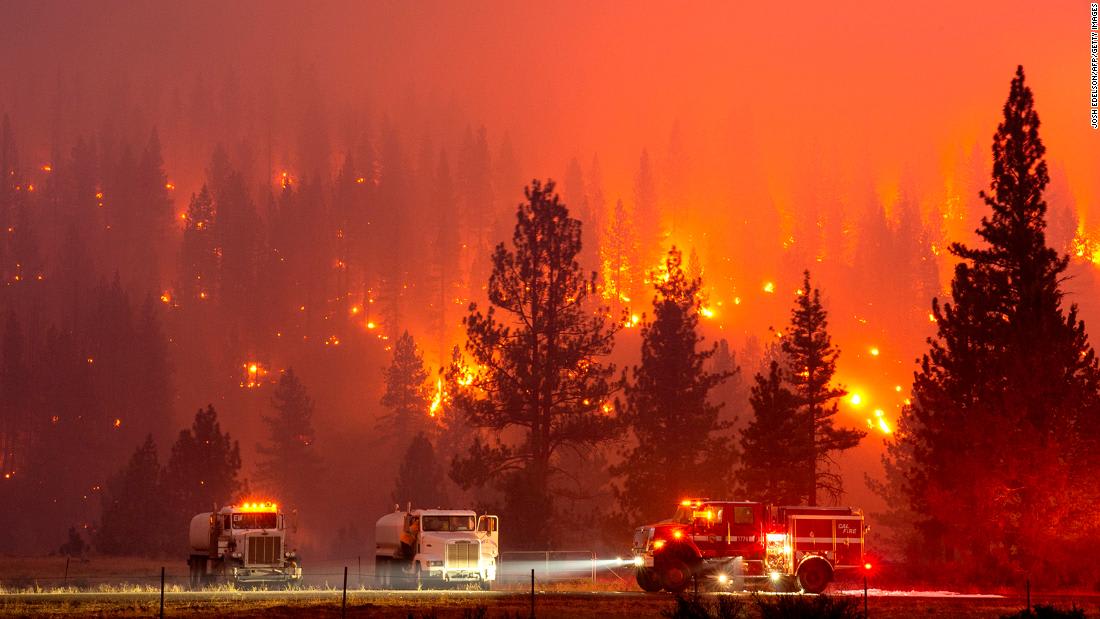 California firefighters brace for raging flames and a burgeoning pandemic

CNN readers from around the world have asked more than 90,000 questions about coronavirus. We’re reading as many as we can and answering some of the most popular questions here.

Here are some of the questions we have answered:

You can also send us your coronavirus questions here.

Thousands of anti-Netanyahu protesters in Israel staged their biggest demonstration yet on Saturday evening filling streets and a central square close to the Prime Minister's residence in Jerusalem.

One police commander at the rally told CNN he estimated 17,000 people were present at one stage. Police have yet to officially put a number on the crowd, but other estimates by Israeli media range from 15,000 to over 20,000.

There were also smaller demonstrations in Tel Aviv, Caesarea, and Haifa, as well as at dozens of major road junctions and bridges across the country.

While previous rallies have been characterized in part by anger over Netanyahu’s handling of the coronavirus pandemic and its impact on small business, the focus of the rally in Jerusalem was firmly on the corruption charges facing the Prime Minister.

Black flags, the symbol of the anti-corruption movement, along with Israeli flags were much in evidence, while placards implored the Prime Minister to resign, or demanded he go to prison. At one point, people repeatedly chanted a list of the offenses for which he is on trial: bribery, fraud and breach of trust. Netanyahu denies all charges against him.

Israel has recorded 72,283 coronavirus cases and 527 deaths as of Sunday morning.

Despite the seriousness of the messages, the mood at the rally had a strong carnival-type feel. Many people banged makeshift drums and percussion instruments, while others blew horns and trumpets, providing a continuous noisy backdrop to proceedings. The vast majority of participants were young and almost everyone was wearing a mask, although CNN witnessed little if any sign of social distancing being observed.