Joe Biden's campaign says it has reserved $280 million in television and digital advertising that it plans to use largely to hammer President Donald Trump's handling of the coronavirus pandemic.

The presumptive Democratic nominee's ads will often run 60 seconds rather than the more typical 30-second commercials, and will frequently feature Biden speaking directly into a camera, campaign manager Jen O'Malley Dillon said in a memo Wednesday. The ads will air in 15 states the campaign believes will be competitive in November's election.

The ads will focus heavily on the pandemic, contrasting what Biden's campaign sees as Trump's failures with the former vice president's experience and empathy. Biden's ads are intended to allow voters to "hear directly from the vice president in his own voice, speaking to this moment that we're in," O'Malley Dillon told reporters in a call detailing the strategy.

Bolivia has made the stark choice to cancel school for the rest of the year due to the coronavirus outbreak.

Some 2 million students in the highland nation won't attend either online or in-person classes until at least 2021.

"The school year is cancelled because the vast majority of rural areas do not have internet," said Yerko Nunez, Bolivian minister of the presidency.

"The children do not have internet. The fiber optic system unfortunately only reaches the city."

UNICEF reports only 40% of Bolivian students are able to take classes online but, as other countries find creative solutions, some feel Bolivia is giving up too easily.

Watch below: Bolivia cancels school year for 2 million children due to Covid-19

A third US company has released study results showing its coronavirus vaccine is safe and elicits an immune response.

The vaccine also induced a response from T-cells, a type of immune cell, according to an analysis of 16 randomly selected volunteers, the report stated.

The report has been submitted to a medical journal, but has not yet been reviewed by scientists outside of Novavax or published.

For a world crippled by the coronavirus, salvation hinges on a vaccine.

But in the United States, where at least 4.6 million people have been infected and nearly 155,000 have died, the promise of that vaccine is hampered by a vexing epidemic that long preceded Covid-19: obesity.

Scientists know that vaccines engineered to protect the public from influenza, hepatitis B, tetanus and rabies can be less effective in obese adults than in the general population, leaving them more vulnerable to infection and illness. There is little reason to believe, obesity researchers say, that Covid-19 vaccines will be any different.

"Will we have a Covid vaccine next year tailored to the obese? No way," said Raz Shaikh, an associate professor of nutrition at the University of North Carolina-Chapel Hill.

"Will it still work in the obese? Our prediction is no."

A Georgia second grader tested positive for Covid-19 after attending the first day of school, the school district told CNN.

Sixes Elementary in the Cherokee County School district began in-person classes on Monday. But by Tuesday, a classroom was temporarily closed for deep cleaning and the teacher and 20 other students had been asked to quarantine for two weeks after the second grader tested positive.

Parents and officials have debated whether it is safe to send students back into classrooms as virus cases have surged across the country. While health experts are still investigating how children spread the virus, director of the National Institute of Allergy and Infectious Diseases Dr. Anthony Fauci has emphasized that schools need to include safety in their reopening plans. 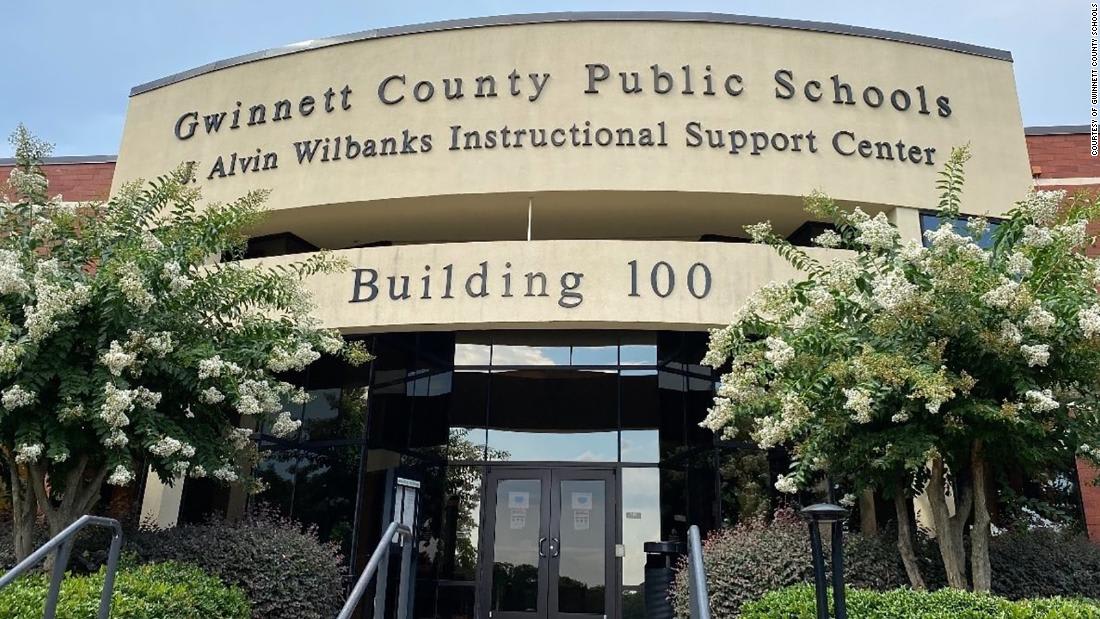 Critical media reporting about Operation Warp Speed, the US federal government's effort to speed development of drugs, vaccines and other measures to fight the coronavirus pandemic, is distracting people working on the project, its chief adviser said.

"I'm amazed that I'm being attacked on a personal basis in a way that, frankly, distracts my energy and energy of all the teams that we're working together with to deliver, and therefore decreases our chances or the speed with which we try to help humanity and the country resolve and address this issue," Slaoui said on the podcast, released on Friday.

Michael Caputo, the podcast host and assistant secretary for public affairs at HHS, asked if accepting this kind of job position within the Trump administration was akin to placing "a target on your back."

"Yes. Honestly, I think I was naïve when I made the decision," answered Slaoui, who spent 30 years at drug giant GlaxoSmithKline, including as chairman of global vaccines. 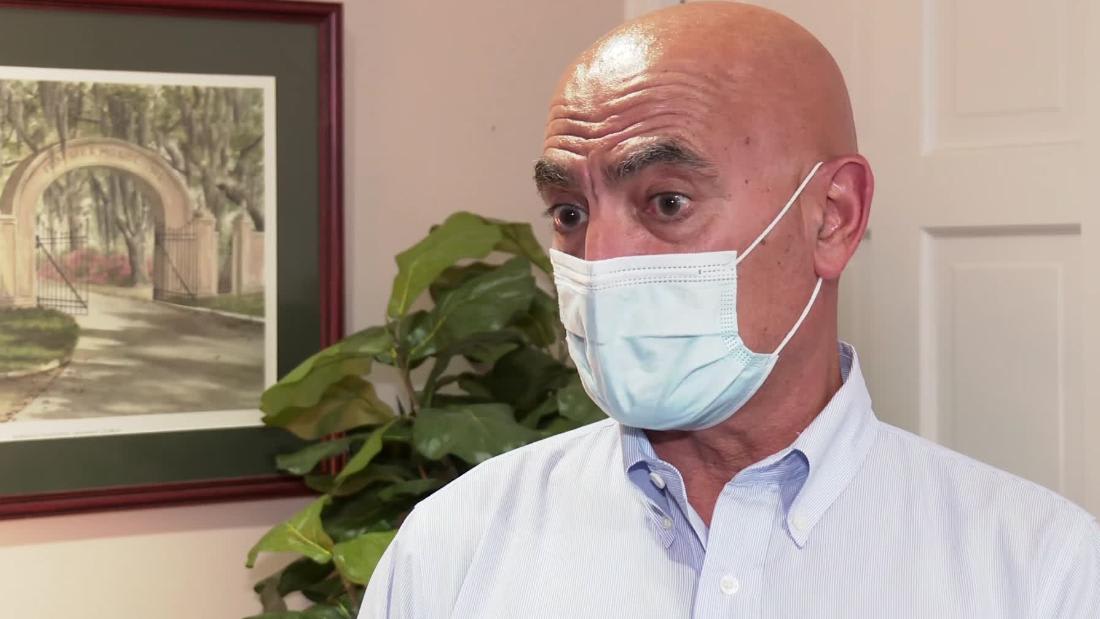 Coronavirus infection rates in the United States are significantly higher among children of minority race and those from lower socioeconomic backgrounds, according to a new study.

The study examined 1,000 child patients tested between March 21 and April 28 in Washington DC. Only 7.3% of White children tested positive for coronavirus, in contrast to 30% of Black children and 46.4% of Hispanic children, the study found.

Three times as many Black children reported known exposure to the virus as White children, the researchers reported in the journal Pediatrics on Wednesday.

Of the 1,000 people tested, 207 were positive for coronavirus. About 9.7% of those in the highest income quartile were infected, while 37.7% in the lowest quartile tested positive, the team found.

Racial breakdown: Of the patients tested, about one third were Black and about a quarter were Hispanic.

The team found that the inequities existed even after they adjusted for age, sex and median family income.

What this means: Inequalities could be in part due to limited access to health care and resources, as well as bias and discrimination, but the researchers said that further research is needed to understand the cause.

“Understanding and addressing the root causes of these disparities are needed to mitigate the spread of infection,” the team wrote.

These findings may even underestimate the inequities in coronavirus rates, because a physician referral was needed for testing. Minority and lower socioeconomic populations have less access to primary care physicians, meaning the inequities could be even larger in reality than observable in this study.

Because this study focused on one site, the results may not be generalizable to other geographic locations.

China reported 27 new coronavirus cases and no new deaths on Tuesday, a sign its outbreak may be subsiding after a rise in figures in the past few weeks, according to the country's National Health Commission.

Five of the new cases were imported from abroad, and the remaining 22 cases were locally transmitted in Xinjiang province. There were no new deaths.

China also reported 24 new asymptomatic cases, which are counted on a separate tally.

That raises the country's total to 88,206 cases and 4,676 deaths, according to data from Johns Hopkins University.

The Dominican Republic government on Tuesday said it will "intervene" at a hospital in the northern city of Nagua after 44 staff members tested positive for Covid-19.

The announcement comes after the director of Antonio Yapor Heded Hospital, Dr. Emmanuel Oscar Perez, on Monday said at least seven doctors, 18 nurses and 19 administrative employees at the hospital have tested positive so far.

The minister said that a possible "biosecurity failure" could have caused the outbreak at the hospital.

He added that experts from the capital, Santo Domingo, along with members of the Emergency Operations Center and local authorities will be heading to the hospital to assist to contain the outbreak.

CNN has reached out to the hospital for comment.

The Dominican Republic has so far registered 74,295 coronavirus cases and 1,213 deaths, according to Johns Hopkins University.