Maryland has reported 775 new cases of Covid-19 and 11 additional deaths from the virus, according to the state’s official website.

The state currently has a 4.03% infection rate.

Note: The numbers listed were released by the state of Maryland and may not line up exactly in real time with CNN’s database drawn from Johns Hopkins University and the Covid Tracking Project.

New York state has reported a 0.93% infection rate, according to a press release from Gov. Andrew Cuomo’s office.

"Despite increasing infection rates across the country and in our region, we continue to see our numbers hold at low levels, all thanks to the hard work of New Yorkers to change their behavior and our data-driven, phased reopening," Cuomo said.

At least 573 people are hospitalized with Covid-19 across the state and 133 people are in intensive care units, the release said.

There were five additional Covid-19 deaths reported yesterday, whi brings the statewide total to 25,195 deaths, according to the release.

Note: The numbers listed were released by the state of New York and may not line up exactly in real time with CNN’s database drawn from Johns Hopkins University and the Covid Tracking Project.

All the passengers who were on the plane will be tested for coronavirus, the minister said in a statement. All 18 victims in the crash, who include the two pilots, have been identified.

The plane was one of the repatriation flights operated by the Indian government to bring back nationals stranded abroad due to Covid-19 travel restrictions, according to the Air India website.

Shailaja Teacher, Kerala's Minister for Health, thanked rescue workers via Twitter for their timely response in the aftermath of Friday’s plane crash.

She added that some rescue workers had to prioritize saving lives and that not everyone was able to follow Covid-19 protocols.

“We understand that while rushing to the site many of you were not able to follow COVID-19 protocol," she wrote. "Our priority was to save lives. However, now we have to be vigilant again. We urge all who have been to the crash site to take necessary measures to keep yourself and others safe."

As a parent, Liz Pray accepts her 13-year-old son's return to school.

As a school nurse, she doubts the Moses Lake School District in central Washington state is prepared for the challenges that come with schooling amid the coronavirus pandemic.

When the pandemic began, her district and schools across Washington donated personal protective equipment (PPE) to hospitals, clinics and fire stations, Pray tells CNN. Now, with school right around the corner, and Washington facing a resurgence in positive cases, she's not sure nurses will have enough PPE for the academic year.

In Florida, Lisa Kern supervises 45 school nurses who work in over 90 schools in Pasco County, just outside Tampa. Not only were nurses splitting time between schools before the pandemic hit, Kern says, but now she worries about the sustainability of the district's PPE supply.

"A school doesn't typically purchase large quantities of PPE, so the cost to do so is astronomical," Kern said. "The federal government needs to support schools to keep everyone safe."

As school nurses across the United States prepare for the start of the academic year, the National Association of School Nurses says on-campus medics are wholly unprepared because of a lack of funding and nurses.

Nurses who spoke to CNN echo that sentiment. They say keeping children and staff safe won't be tenable if they are not provided more PPE and if school districts don't hire more nurses. 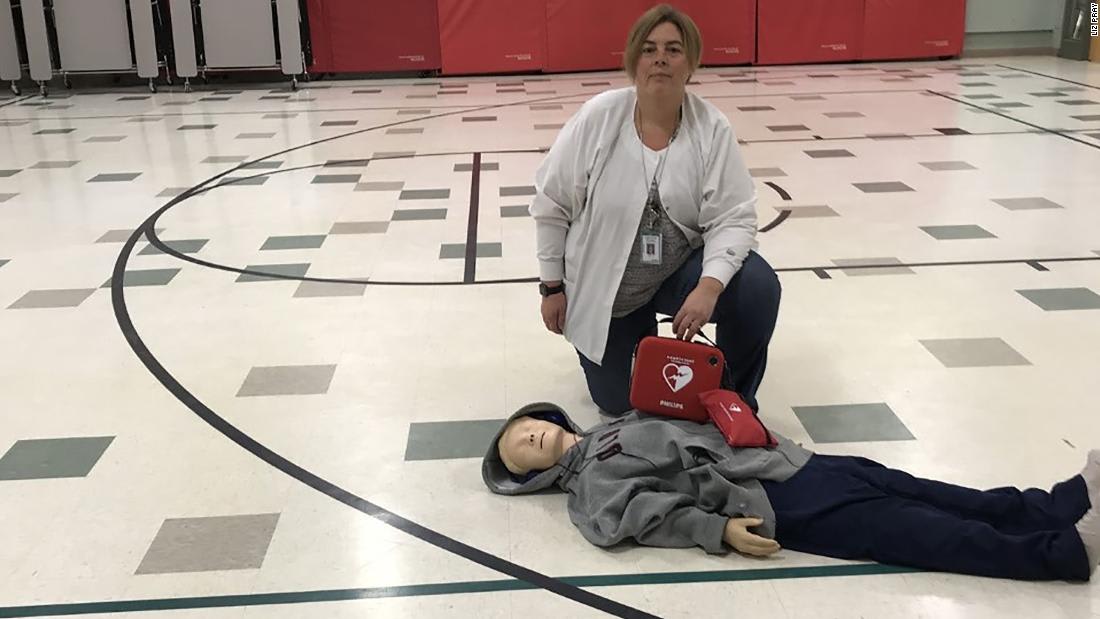 When James Giannetta first called his brother Russ in late June to tell him that the coronavirus was beginning to spread in his Texas federal prison, Russ could hear the fear in his voice. "This place is exploding," James warned.

Russ soon got another call: James, a 65-year-old inmate with diabetes and HIV, had tested positive for the virus himself. Within days, he was rushed to a hospital as his oxygen levels plummeted. A few weeks later, after his condition deteriorated and he was placed on a ventilator, he was dead.

As coronavirus has spread rapidly through prisons and jails around the country in recent months, the Texas lockup where Giannetta spent his last days has emerged as the hardest-hit federal prison in the United States.

More than 1,300 of the roughly 1,750 prisoners at FCI Seagoville prison and camp have tested positive for the virus, according to data from the federal Bureau of Prisons -- a stunning three out of every four inmates.

So far, three inmates at the prison, including Giannetta, have died from Covid-19.

Five Seagoville inmates told CNN in phone interviews from behind bars that they feared for their lives as the virus rushed through the Dallas-area prison, and that the crowded conditions made it all but impossible for them to stay socially distanced. 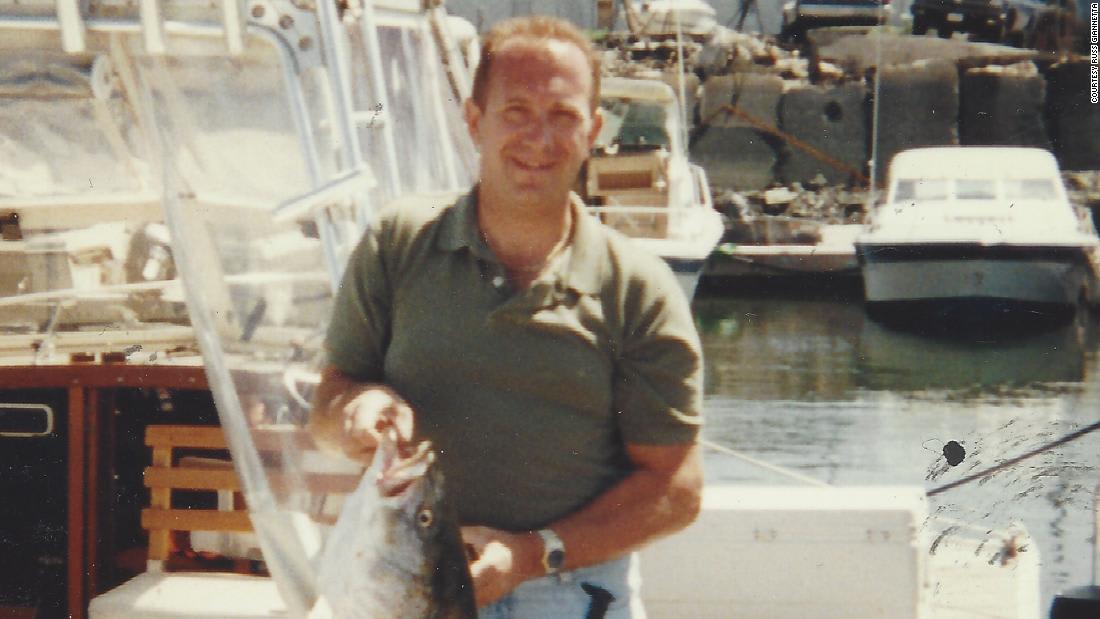 Germany's top virologists have urged mandatory mask wearing in schools, including during classroom lessons, as schools in the country re-open after summer break.

“Due to the real danger of infections between students who are asymptomatic, we urge strict mask wearing in all grades, including during lessons,” the virologists wrote in an open letter published on the website of the Society for Virology on Saturday.

The experts also recommend smaller learning groups to avoid too much cross-contact among students, increased measures for air circulation in classrooms, and a potential extension of Christmas holidays in case the coronavirus spikes during the winter season.

The open letter was published as Germany is in the process of re-opening schools after the summer holidays. The northeast state of Mecklenburg-West Pomerania was the first to bring children back to classrooms. Two schools were shut down there on Friday after coronavirus infections were confirmed.

“We are warning of the error to think that children do not play a role in the pandemic and infections. Such ideas are not in line with scientific data,” the virologists wrote in their letter.

South Korea recorded 43 new coronavirus cases in the past 24 hours, according to data released on Saturday.

Thirty of the cases were locally transmitted cases, 16 of which have been linked to a church in Going City, Gyeonggi Province, Kwon Joon-wook, Vice Director of South Korea’s Centers for Disease Control and Prevention (KCDC), said in a briefing.

This is the second church in Going City to have been linked to new infections, Kwon said, with 18 infections detected previously at a church in the same city,

Thirteen of the cases were imported to South Korea -- two of those are sailors from a Filipino cargo vessel that docked on Thursday.

The national total confirmed cases are 14,562, according to a KCDC press release on Saturday, and 304 people have died.

Authorities in Germany said 1,122 new coronavirus patients were identified on Friday, the third day in a row that more than 1,000 cases of the virus were recorded.

Germany has reacted to the spike in infections with a call by the government for people to more strictly adhere to pandemic safety measures, and with a massive expansion of testing. Starting Saturday, anyone entering Germany from a high-risk country must take a mandatory PCR test on arrival.

At least 4,941,755 cases of Covid-19 have been diagnosed in the United States since the pandemic began, according to Johns Hopkins University.

Another 58,173 cases of the virus were identified on Friday, JHU data shows. At the current rate, the US could cross the 5 million cases threshold on Sunday or Monday.

There were another 1,243 virus-related deaths recorded on Friday. At least 161,347 people have now died in the US from Covid-19.