US President Donald Trump said he has asked that the G7 meeting be postponed until after the US presidential election in November, after a previous delay due to Covid-19 concerns.

“I’m much more inclined to do it sometime after the election,” Trump told reporters at the briefing. “We were going to do it in September.”

The summit was slated to be held at Camp David in June, and after a tentative plan to postpone the meeting and switch to a virtual conference, Trump had floated in May the idea of doing it in person in the fall.

Trump said the White House had not yet formally invited leaders.

“We haven’t sent out invitations. We’re talking to them,” he said. He noted he planned on inviting countries that aren’t formal members of the group of seven.

Asked whether he would invite Russian President Vladimir Putin, Trump said he would do so because Putin is an “important factor.”

“I certainly would invite him to the meeting. I think he’s an important factor.”

US President Donald Trump was abruptly evacuated from the White House briefing room by security on Monday after shots were fired outside the building.

"There was a shooting outside of the White House and it seems to be very well under control. I'd like to thank the Secret Service for doing their always quick and very effective work," Trump said when he returned.

After he returned to the podium, the Secret Service tweeted that there had been an officer-involved shooting at 17th Street Northwest and Pennsylvania Avenue Northwest.

The Secret Service said later Monday on Twitter that an investigation of the shooting "is ongoing" but that "at no time during this incident was the White House complex breached or were any protectees in danger."

A "male subject" and a Secret Service officer were transported to a hospital, the tweet said.

A senior administration official said there was an active shooter near the White House and that shooter is in custody.

The incident happened just outside of the White House grounds close to Lafayette Square, the official said. 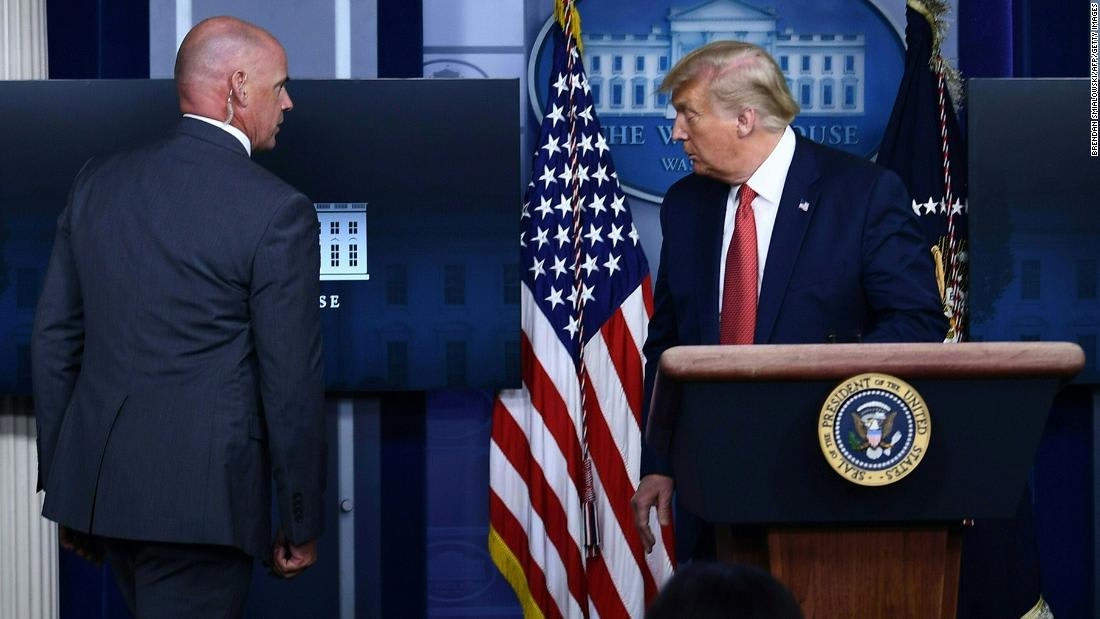