Coronavirus continues to spread at high rates across the South, Midwest and West — even as the total number of new cases has declined following a summer surge.

Nationally, over the past seven days, the United States is averaging about 53,000 new cases per day, down 11% from the week prior. As educators and parents clash over starting in-person classes, some schools that have reopened have seen new cases.

More than 2,000 students, teachers and staff have been placed under quarantine in the few reopened districts in several states, a CNN tally of reported cases show. Of those, at least 230 positive coronavirus cases have been reported among the school districts reopened for in-person learning.

Here are some of the impacted areas:

The White House released new recommendations for schools. They are primarily basic hygiene tips and don't outline what schools should do if they find coronavirus cases in their halls. The recommendations also encourage the use of masks, but do not require students, teachers or staff to wear them.

President Trump said the federal government will provide up to 125 million masks to school districts nationwide.

Pharmaceutical giant AstraZeneca has signed an agreement with Mexico-based Slim Foundation to produce its coronavirus vaccine for the entirety of Latin America, with the exception of Brazil.

Between 150 and 250 million vaccine doses should be available by early 2021, Argentinian President Alberto Fernandez announced on Wednesday evening.

"The laboratory (AstraZeneca) has signed an agreement with the Slim Foundation to produce between 150 to 250 million vaccines destined for all of Latin America, with the exception of Brazil," Fernandez said.
"They are going to be available for the first semester of 2021. They will be fairly distributed between countries in accordance to demand and the requests by governments from each of these countries."

Fernandez added: "Latin American production will be the responsibility of Argentina and Mexico and it will allow a fair access to the vaccine for all countries in the region."

The Argentinian leader said the price of the vaccine would be between $3 and $4 per dose, adding that this was "significant for Latin America because it allows all our countries to be able to get [the vaccine.]"

The novel coronavirus has infected more than 20 million people worldwide and has caused more than 749,000 deaths. Here's what you need to know:

Coronavirus cases are spiking once again in multiple European countries as governments attempt to reopen nations while containing outbreaks. Here are some of the nations most affected.

Spain has recorded one of the highest increases in coronavirus cases in Europe, with 100.4 cases per 100,000 people recorded over the last 14 days, according to the European Centre for Disease Prevention and Control (ECDC).

Its Aragon region has been particularly hard hit by the resurgence, with 7,139 cases diagnosed in the 14 days up to August 11.

That rate is higher than anywhere else in Spain and one of the worst in Europe, according to the Spanish Ministry of Health and the ECDC.

On Wednesday France recorded its biggest spike in cases since officials eased its pandemic lockdown, reporting an increase of 2,524 cases in 24 hours.

French Prime Minister Jean Castex said Tuesday that the coronavirus situation in the country was "trending in the wrong direction."

Despite a clear increase in cases, the number of ICU admissions and deaths remains down according to French Minister for Health Olivier Véran.

Germany’s daily new infection tally soared above 1,000 again on Wednesday, after several days with lower numbers, according to data from the country’s center for disease prevention, the Robert Koch Institute, which said the trend was concerning.

The government is now offering free tests for anyone entering the country.

Greece registered its highest daily increase of Covid-19 cases since the pandemic began on Wednesday, with 262 new cases recorded, according to the country's National Public Health Organization.

The majority of new cases were registered in Athens and Thessaloniki, Greece’s two largest cities.

An Indian religious leader who stood directly next to Prime Minister Narendra Modi at a controversial ceremony in early August has tested positive for coronavirus.

Nitya Gopal Das, the head of Ram Janmabhoomi trust, tested positive on Thursday, according to a senior official in the northern Indian state of Uttar Pradesh where he lives.

He stood beside Modi during an August 5 ceremony in Ayodhya, a town in Uttar Pradesh.

The ceremony was a deeply controversial one, marking the laying of the foundations for a Hindu temple at a disputed site.

For decades, Hindu groups have campaigned for a temple to Lord Ram be built at the Ayodhya location, where a 16th-century mosque was demolished by right-wing groups in 1992.

Modi laid a 40-kilogram (88-pound) silver brick during the ceremony, which was attended by 175 dignitaries, including 135 religious devotees.

The Indian leader was seen wearing a face mask at the event.

Das tested positive when a rapid antigen test was conducted for the virus after he showed flu-like symptoms, according to Sarvagya Ram Mishra, District Magistrate of Mathura in Uttar Pradesh.

"Obviously we are tracing his contacts and anyone who has been in contact with him will have to take adequate precautions," Mishra said.

Mexico has reported 498,380 cases of Covid-19, the sixth-highest tally globally according to data from Johns Hopkins University.

The country has recorded 54,666 deaths related to coronavirus overall, the third-highest fatality toll in the world.

Parts of Mexico began reopening certain sectors of its economy, including tourist offerings, in late June, as officials tried to rescue the country's struggling economy. But while Mexico's resorts may be open, its case count remains high.

The country's high level of infection has also drawn companies looking to conduct Covid-19 vaccine trials, which require tens of thousands of participants.

Boris Johnson's latest strategy to fight coronavirus aims to make Britain healthier -- but campaigners are worried about the impact the policy will have on people living with eating disorders.

Johnson's government launched its Better Health strategy in an effort to combat the country's high obesity levels amid the pandemic.

Britain has one of the highest rates of obesity worldwide, with nearly one in three adults classed as obese, according to the Organization for Economic Co-operation and Development (OECD).

Being obese or heavily overweight increases the risk of death from Covid-19, according to Public Health England. The UK government believes 63% of adults are above what would be considered a healthy weight.

The new measures include a ban on junk food advertisements before 9 p.m., tools to help people lose weight and a proposal requiring restaurants to show how many calories their dishes contain. 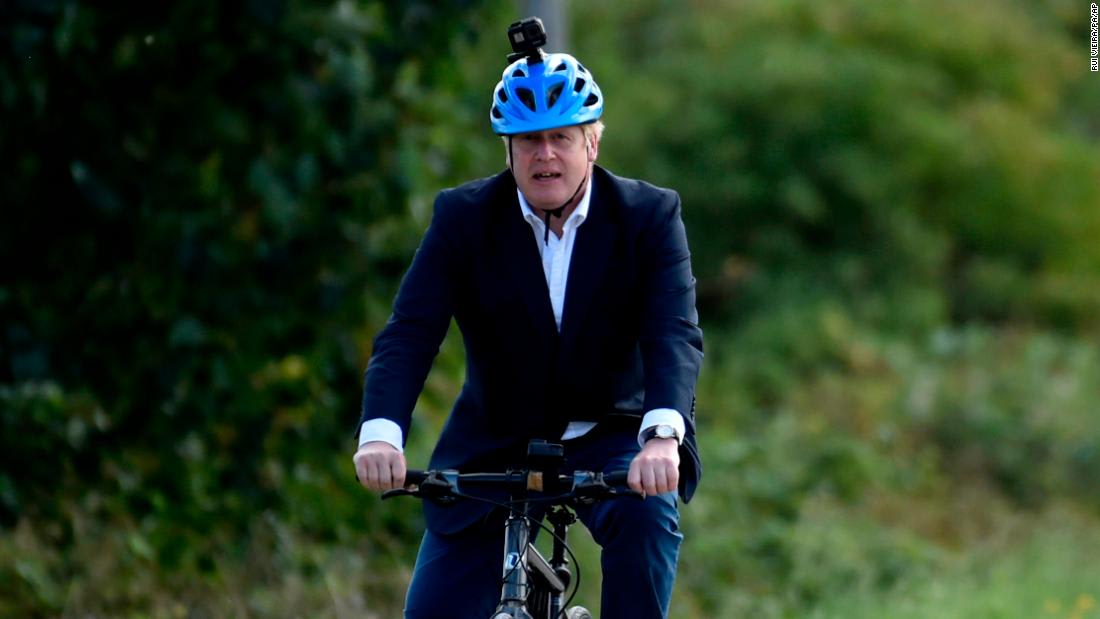 A sample of frozen chicken wings imported from Brazil has tested positive for the novel coronavirus in the southern Chinese city of Shenzhen, authorities said Thursday, the latest in a series of reports of contaminated imported food products.

The coronavirus was detected Wednesday on a surface sample taken from a batch of chicken wings during screening of imported frozen food in Longgang district of Shenzhen, the municipal government said in a statement. Officials did not name the brand.

Shenzhen health authorities immediately traced and tested people who might have come into contact with the product, and all results came back negative; all related products in stock have been sealed off and tested negative, the statement said.

Authorities are now tracing related products from the same brand that have already been sold, and have disinfected the area where the contaminated chicken wings were stored. 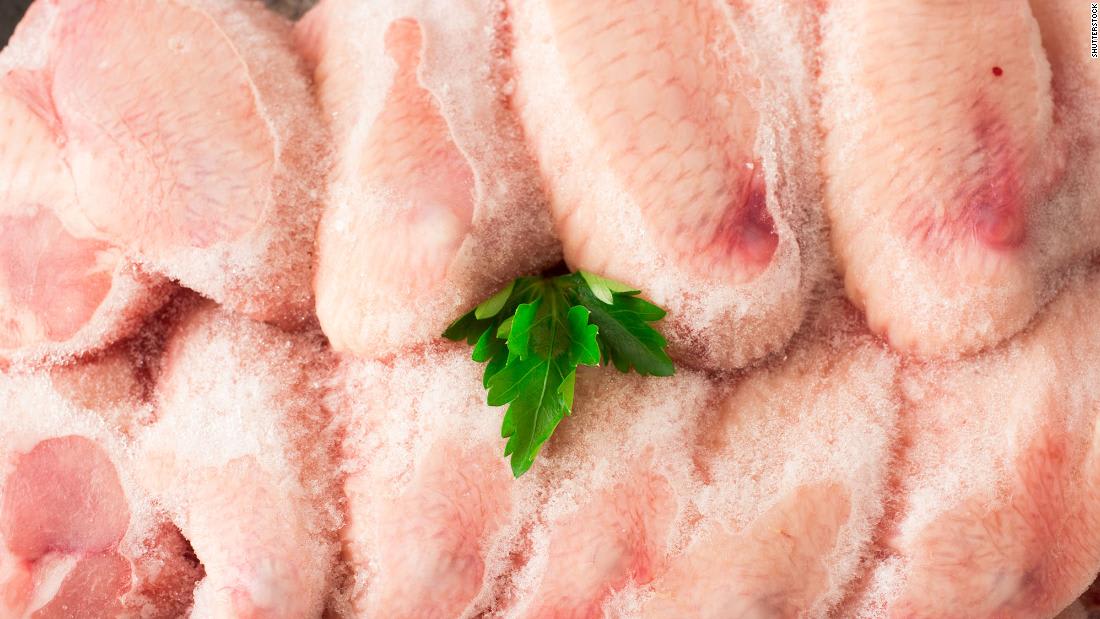 Thirteen percent of Londoners have coronavirus antibodies, according to a study led by Imperial College London which surveyed more than 100,000 people across England. Those who tested positive for antibodies are likely to have previously contracted Covid-19,

Researchers found that antibody levels in London were over twice England's national average.

Just over 6% of tested people in the country overall had antibodies. The lowest antibody levels were detected in the nation's southwest region, where only 3% of people tested positive.

Key workers and health care employees were most likely to have previously had Covid-19, according to the study, which has not been peer reviewed.

Meanwhile Black, Asian and ethnic minority participants are between two to three times as likely to test positive when compared to their white counterparts.

Participants in the study used antibody finger-prick tests at home to participate.

"Using the finger-prick tests suitable for large scale home testing has given us clearest insight yet into the spread of the virus in the country and who has been at greatest risk," said Professor Graham Cooke, NIHR Research Professor of Infectious Diseases at Imperial.
"These data will have important implications for decisions around ongoing control measures in England.”