In Chicago's West Englewood neighborhood -- which has been plagued with violence and trauma -- residents have been working for years to transform their community from surviving to thriving, one block at a time.

More than six months in, the pandemic continues to disproportionately impact communities of color in the US.

"Look at the amount of Black Americans that are dying from Covid. And let's look at the fact that these communities just are lacking resources and opportunities," said CNN hero Robbin Carroll, whose community-led nonprofit, I Grow Chicago, has been embedded in West Englewood since 2013.

Through its Peace House and surrounding campus, the organization helps provide anything the community wants and needs to improve residents' lives -- from fresh food and employment assistance to afterschool and wellness programs.

Now, in the wake of Covid-19, the organization's efforts are more crucial than ever.

"We know that we are in a community that is very vulnerable ... and that they would be extremely hard-hit," Carroll said. "We needed to step in and just provide even more supplies and comfort and security."

Read more about Carroll and the impact of recent events on the community: 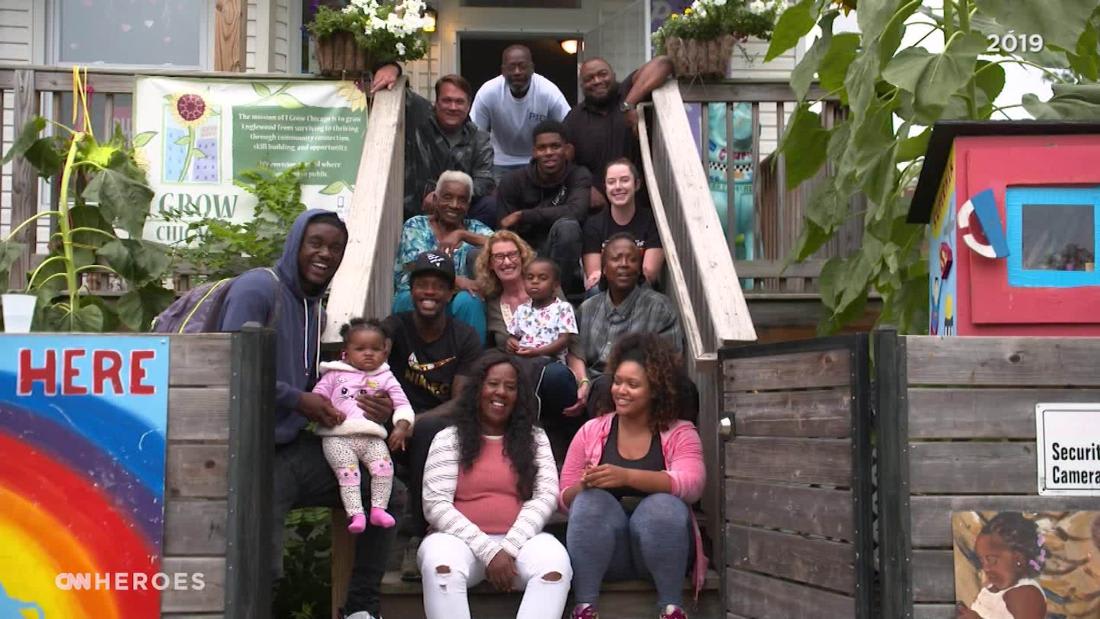 Through violence, the pandemic, and the fight against injustice, the 'Peace House' is providing comfort and resources for its Chicago community

The total number of confirmed cases in Venezuela stands at 8,725.

Rodriguez said there were 18 new Covid-19 related deaths on Thursday, raising the total number of confirmed fatalities since the start of the pandemic to 259.

Venezuela has seen an increase in Covid-19 cases over the past few weeks. Thursday was the fourth day in a row the country reported its highest daily number of cases.

Japan reported 1,177 new cases of Covid-19 and 10 deaths on Thursday, according to the country's health ministry.

Thursday marks the first day in four days that the number of daily cases has risen back over 1,000.

On Thursday, the capital Tokyo counted 206 new infections, while Osaka had 177 cases.

Okinawa prefecture, which has the highest number of infections per capita, extended its own state of emergency for another two weeks, while adding 97 new infections.

An advisor to President Donald Trump on coronavirus has said that “young people are not at risk for serious disease” from Covid-19.

Fact check: Adults are more likely to become seriously ill from Covid-19, but children can get sick, and have serious complications.

Rare complications: The US Centers for Disease Control and Prevention recently reported at least 570 cases of children with MIS-C, a rare but serious coronavirus complication in children that has been associated with fever, rash, inflammation and shock. Ten of those children died.

Increased virus rates in kids: There has been a 90% increase in the number of Covid-19 cases among children in the United States over the last four weeks, according to an analysis by the American Academy of Pediatrics and the Children's Hospital Association released this week.

“It's not fair to say that this virus is completely benign in children," said Dr. Sean O'Leary, vice chair of the American Academy of Pediatrics Committee on Infectious Diseases, noting that about 90 children have died in the US from coronavirus.

Two of the new cases were students while one case was a pre-school student.

The two schools and the pre-school the students attended have been closed while close contacts are being traced, according to Bloomfield.

A total of 771 close contacts of the reported Covid-19 cases this week have been identified by the national contact tracing service, he added.

Bloomfield also announced that 15,703 coronavirus tests were conducted on Thursday alone -- the highest in a single day in New Zealand since the outbreak began, bringing the total number of tests conducted across the country to 524,414.

Read more on the situation in New Zealand.

New York City’s “Tribute in Light” that honors victims of the September 11, 2001, attacks has been canceled due to coronavirus concerns, the 9/11 Memorial & Museum announced Thursday.

“This incredibly difficult decision was reached in consultation with our partners after concluding the health risks during the pandemic were far too great for the large crew required to produce the annual Tribute in Light,” the group said in a statement.
“We hope to resume this iconic tribute for the 20th anniversary.”

The memorial features two blue beams of light, consisting of 88 searchlights reaching 4 miles (6.4 kilometers) into the sky, that resemble the shape of the Twin Towers near the World Trade Center site.

The Super Bowl champion Kansas City Chiefs' star running back, Damien Williams, is opting out in the 2020 NFL season in part because his mom is fighting stage 4 cancer and he is worried he may expose her to Covid-19 if he plays.

Calling his mother his "rock," he said she has been a constant presence throughout his career and suggested it could be difficult to play without her by his side.

"This is the perfect time to be with my mommy and spend time with her," he told Anderson Cooper.

Williams, who is one of three Kansas City players to opt out so far, said that his mother was the champion of their family growing up and that it's now his turn to shoulder some of the responsibility.

Williams acknowledged that after dedicating his life to football, it will be quite difficult to observe the season from home, but he added that he will be watching and wishes the best for his teammates and the season.

"I just feel like it was something I had to do. It's gong to be hard to watch, but I am cheering at home," he said. "... I'm excited just to see the season start and I am praying that it finishes."