Health officials are hopeful that a new saliva test could give Americans a fast and inexpensive way to learn if they have Covid-19 and help to prevent increasing spread.

The SalivaDirect test, from researchers at the Yale School of Public Health, received emergency use authorization from the Food and Drug Administration on Saturday.

"If cheap alternatives like SalivaDirect can be implemented across the country, we may finally get a handle on this pandemic, even before a vaccine," said Nathan Grubaugh, a Yale assistant professor of epidemiology.

The test comes as frustration grows over testing delays and shortages. Seventeen states are performing fewer tests this past week compared with the previous week, according to the Covid Tracking Project.

But while testing has gone down in those states, test positivity rates have increased in 34 states.

The test positivity rate is the percentage of tests being performed that come back positive for the virus. It is one of the metrics experts encourage officials to monitor when making reopening decisions.

Part of Illinois will be under new guidelines after three days in a row with a test positivity rate of 8% or higher, according to a news release from Gov. J.B. Pritzker.

It's almost 8:30 a.m. ET in New York and 1:30 p.m. ET in the London, here are the latest coronavirus headlines from around the US and world:

Peru added 10,143 Covid-19 cases to its tally on Sunday evening, including 5,338 new cases in the last 24 hours and a further 4,805 confirmed in the last seven days, according to a statement released by the country’s Health Ministry.

The country has the second-highest number of confirmed coronavirus cases in Latin America, following Brazil, according to data compiled by Johns Hopkins University.

The total number of Peru's confirmed infections now stands at 535,946 while the death toll has reached 26,281, according to the ministry.

Last Thursday, vice health minister Luis Suarez updated the country’s death toll to add 3,658 deaths previously unaccounted for after a revision by a special commission set up by the government.

The President also announced the return of "mandatory immobilization" across the country on Sundays: social and family gatherings have been banned, while children under 14 are allowed to go out for a walk within 500 meters of their homes for no more than 30 minutes a day, as long as they are accompanied by one adult.

Peru's state of emergency remains in place until August 31.

CNN's Max Foster shows us how one school in Scotland has prepared to reopen and the safety measures it has put in place.

The district office says the authorities are in the process of getting in touch with Jun and once he is reached, he will be transported to a designated hospital.

Here's some background: Authorities in South Korea are pursuing legal action against Jun after 315 people connected to the parish tested positive for coronavirus.

A criminal complaint was filed Sunday against the pastor, accusing him of holding gatherings in violation of the city's infectious disease prevention law. Authorities in Seoul said that all 7,560 churches in the South Korean capital are barred from holding any gatherings due to the pandemic except for the usual weekly services, during which worshippers must abide by social distancing regulations.

Jun is a well-known anti-government activism leader and was arrested earlier this year for illegal campaigning in the general election.

He attended the banned anti-government rally held in the capital Saturday where he spoke without a mask. Thousands were in attendance.

Church's denial: At a news conference Monday, Sarang-jeil church's legal team denied the allegations of wrongdoing levied against the church and Rev. Jun. The church's representatives said that they had fully cooperated with the authorities and said they would be suing the government for defamation.

Actress Sharon Stone shared her sister's experience with Covid-19 on Instagram, and she said people who don't wear masks are to blame.

"One of you Non-Mask wearers did this," Stone said in a post Sunday.

Stone's post comes as more than 5.4 million people have been infected and 170,052 have died from the coronavirus in the United States, according to data from Johns Hopkins University. Health officials have expressed concern that as the pandemic drags on, some Americans are becoming complacent with health precautions and allowing for more spread.

Stone's sister, Kelly, had lupus before being diagnosed with Covid-19, according to the post. Her sister has a weakened immune system and only went to the pharmacy before she was infected, Stone said.

Stone shared a picture she said was of her sister's hospital room.

"Can YOU FACE THIS ROOM ALONE?" she asked.

In a post on her own page, Kelly Stone said she had driven with her husband to Montana thinking they would avoid the virus. Now, she said, she is "fighting for a breath."

Stone called on her followers to abide by precautions against the virus's spread.

Europe's plan to raise billions each year for coronavirus relief by charging ships for their pollution could inflame trade tensions at the worst moment for the global economy and set back efforts to tackle the climate crisis.

The European Commission is proposing to extend its Emissions Trading System (ETS) to shipping as one of a series of measures to help pay for rebuilding the EU economy, and to promote a green recovery from the crisis.

The European Union plans to spend 30% of its €750 billion ($889 billion) coronavirus recovery fund and next seven-year EU budget on climate-related projects in a bid to become the first carbon-neutral continent.

But the proposed shipping tax has run into fierce opposition from the industry, which says it would undermine efforts to tackle climate change at a global level and is likely to spark a backlash from non-EU countries, raising the specter of new trade disputes.

Social distancing measures -- including restrictions on dine-in services and mandatory face masks -- will be extended in Hong Kong until at least August 25, the city's Food and Health Bureau announced.

“If we do not persevere and proceed with caution, the hard work the entire community has put in over the past few weeks to contain the third wave of infections would be in vain and we may see extensive transmission of Covid-19 across different locations, sectors and population groups in Hong Kong as well as our healthcare system on the verge of collapse again,” a spokesperson for the Food and Health Bureau said in a statement.

Among local infections on Monday, 20 cases are related to previous infections, of which 16 cases were transmitted within the family. Eleven cases are untraceable. The 13 imported cases are eight people from India, two Indonesian domestic helpers, two people from Russia and an aircrew member from Ethiopia.

Big food and drink brands really want you to keep consuming what they make during the coronavirus pandemic, and they are coming up with some crafty ways to make it happen.

Impossible Foods became the latest major example of that on Monday. In an announcement shared exclusively with CNN Business, the company said it would start allowing restaurants in Hong Kong to resell their burgers in bulk directly to customers.

The move to start treating restaurants more like retailers is part of a broader shift as the industry scrambles to adapt to fallout from the pandemic. Other players, such as Shake Shack and Blue Bottle Coffee, have recently also rolled out new initiatives around the world to try to reach more customers as they spend more time at home. 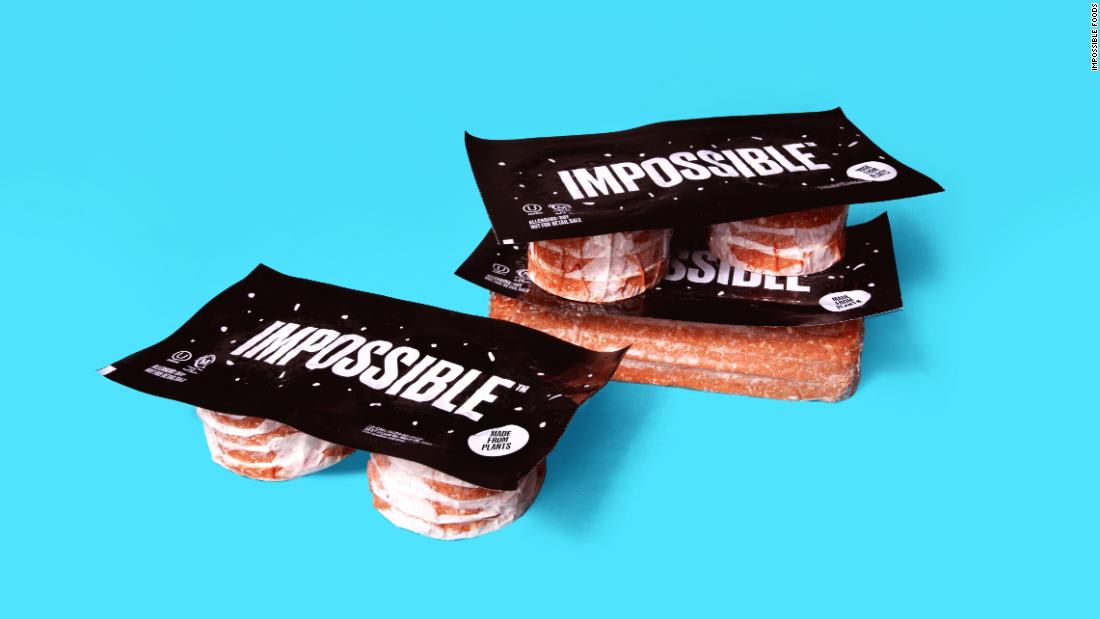 Impossible, Blue Bottle and Shake Shack: Big brands are trying everything to keep you eating and drinking their stuff at home