The United States reported 35,112 new cases of Covid-19 and 445 virus-related deaths on Monday, according to data from Johns Hopkins University.

The US Food and Drug Administration sent a warning letter to a website for marketing colloidal silver products as a cure for the coronavirus.

The SilverGuy, which is also part of an Amazon marketing program or Amazon Associates program, is accused of “selling fraudulent COVID-19 related products,” the FDA said Monday. It gave the company 48 hours to correct the violations

The FDA determined that colloidal silver products sold by SilverGuy fall under the category of “an unapproved new drug” and a “misbranded drug,” a violation of the Federal Food, Drug, and Cosmetic Act.

The company's claims: The company claimed on its website and product pages that colloidal silver, which contains tiny bits of silver in a liquid, can be atomized using a humidifier, then breathed in to line the lungs and "inhibit the virus from replicating too quickly.”

The SilverGuy also claimed on its website that “Silver particles may reduce your body’s overreaction to the virus" and can "disable" coronaviruses.

Fact check: None of these statements are true. In fact, the National Institutes of Health warns that colloidal silver can pose a danger to people’s health and can cause serious side effects, including argyria, a usually permanent bluish-gray discoloration of the skin.

There is currently no cure or vaccine for Covid-19.

Referring to some nations now seeing a new wave of coronavirus cases, Trump said "they were holding up names of countries and now they're saying 'whoops'."

Some perspective: New Zealand reported nine new cases on Monday. The US reported tens of thousands. Only one state, Vermont, has fewer total cases than New Zealand, and could yet overtake it given the comparative stage of the two countries' outbreaks.

While a new wave of cases has caused some alarm in New Zealand, after the country went over 100 days without any community infections, it has already been largely brought under control.

Asia-Pacific's third wave may look dire in headlines. New Zealand has postponed its election and ramped up restrictions. Australia has locked parts of the country down and even declared a "state of disaster" in one state. South Korea is ordering thousands of new tests and imposing social distancing measures. Hong Kong has introduced its strongest restrictions yet.

Meanwhile in Europe, people are going on holiday. Across the UK, people are gathering on beaches and in parks, while England is preparing to send children back to school. In the US, focus is increasingly shifting to November's election, which there is no chance of postponing, and states are increasingly reopening and going back to normal.

But the statistics do not support this bizarro world situation. The US is the worst-hit country globally, and the UK is the second worst-hit country in Europe. In Asia, only India makes it into the top 10, according to a tally of cases by Johns Hopkins University, while none of the four places where recent waves have attracted so much media coverage even break the top 60. 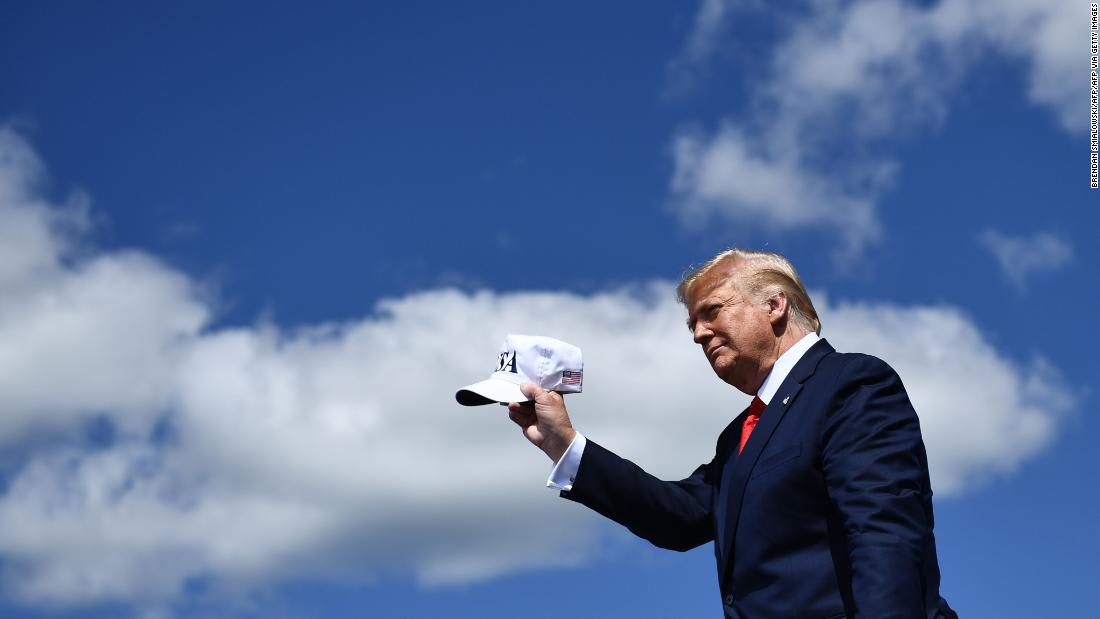 Is New Zealand's coronavirus outbreak as 'terrible' as Trump says?

Students from at least three Florida school districts have been placed under quarantine during the first week of in-person instruction due to reports of Covid-19.

At least three positive cases have been identified in the Baker County School District.

Citing privacy, Florida's Department of Health (FLDOH) would not tell CNN how many individuals are currently under quarantine due to contact with these three individuals.

School districts in Martin and Bradford counties have also reported having to quarantine nearly 260 students.

That's the highest daily rise in fatalities since the country lifted its state of emergency on May 25.

Of Monday's new cases, 161 were from the capital Tokyo -- the first time in six days the city has recorded fewer than 200 daily infections.

The new figures raise the national total to 57,397 cases and 1,128 deaths. Of the active cases, 243 patients are critically ill, according to the Health Ministry.

New Zealand confirmed 13 new cases of Covid-19 over the past 24 hours, Director-General of Health Dr. Ashley Bloomfield said on Tuesday.

All of the new cases were locally transmitted. Twelve of the cases were linked to existing coronavirus patients, and the 13th case remains under investigation -- though it's believed to be connected to the same cluster as the others.

That brings the country's total number of coronavirus infections to 1,293. Of these, 90 are active.

Racing to contain a new outbreak: The fresh outbreak of cases emerged last week, ending New Zealand's enviable run of more than 100 days without any locally transmitted infections. The new cluster has prompted New Zealand to extend a lockdown on its most populous city, Auckland, as authorities scramble to trace the source of the outbreak.

Since authorities began conducting contact tracing last Tuesday, they have identified 1,880 close contacts, most of whom are now self-isolating and have either been tested or are waiting for a test.

New Zealand has processed more than 100,000 tests in the past five days alone, Minister of Health Chris Hipkins said today.

Prime Minister Jacinda Ardern announced Monday that the country’s election would be delayed by four weeks, to October 17, due to concern over the spread of coronavirus.

Tens of thousands of demonstrators took to the streets in Argentina on Monday to protest against the government of President Alberto Fernandez.

At least 25,000 people marched in the capital Buenos Aires, according to the local police department. The demonstrators are protesting the government's handling of Covid-19 and the country's economic crisis, as well as a judicial reform bill launched by Fernandez.

Protests were also reported in other Argentinian cities, including Cordoba, Mar del Plata and Rosario.

As of Monday, Argentina’s Health Ministry had reported a total of 299,126 coronavirus cases, including 5,814 deaths.

On Friday, Fernandez announced quarantine measures will remain in place across the country until the end of the month.

Mexico recorded 3,571 new cases of Covid-19 on Monday, bringing the total number of infections confirmed in the country to 525,733.

Only the United States and Brazil have recorded more coronavirus deaths than Mexico, according to data from Johns Hopkins University.

Dr. Deborah Birx, the White House coronavirus task force coordinator, said Monday that she wished the United States had adopted a total lockdown similar to the one enforced in Italy.

“I wish that when we went into lockdown, we looked like Italy. When Italy locked down, I mean, people weren't allowed out of their houses,” she said. “Americans don't react well to that kind of prohibition.”

In a roundtable discussion hosted by Arkansas Gov. Asa Hutchinson, Birx said she has learned what Americans are willing to do to combat the virus, and that we must meet people where they are.

She explained how the strategy worked for Arizona, where people were still able to go to malls and restaurants at reduced capacity, but gyms and bars were closed, mask mandates were implemented and gatherings of more than 10 people were prohibited.

“People were interacting, people were out, but people, by just not doing those careful things, were able to drop the cases significantly, probably by more than 80%,” said Birx.

She said that kind of behavioral change is something every American can do.

“Tens of thousands of lives can be saved if we wear masks, and we don't have parties in our backyards … taking those masks off.”

“Somehow we always believe our family’s safe and our friends are safe. You cannot tell who's infected with the virus,” Birx added. “You need to keep your mask on.”