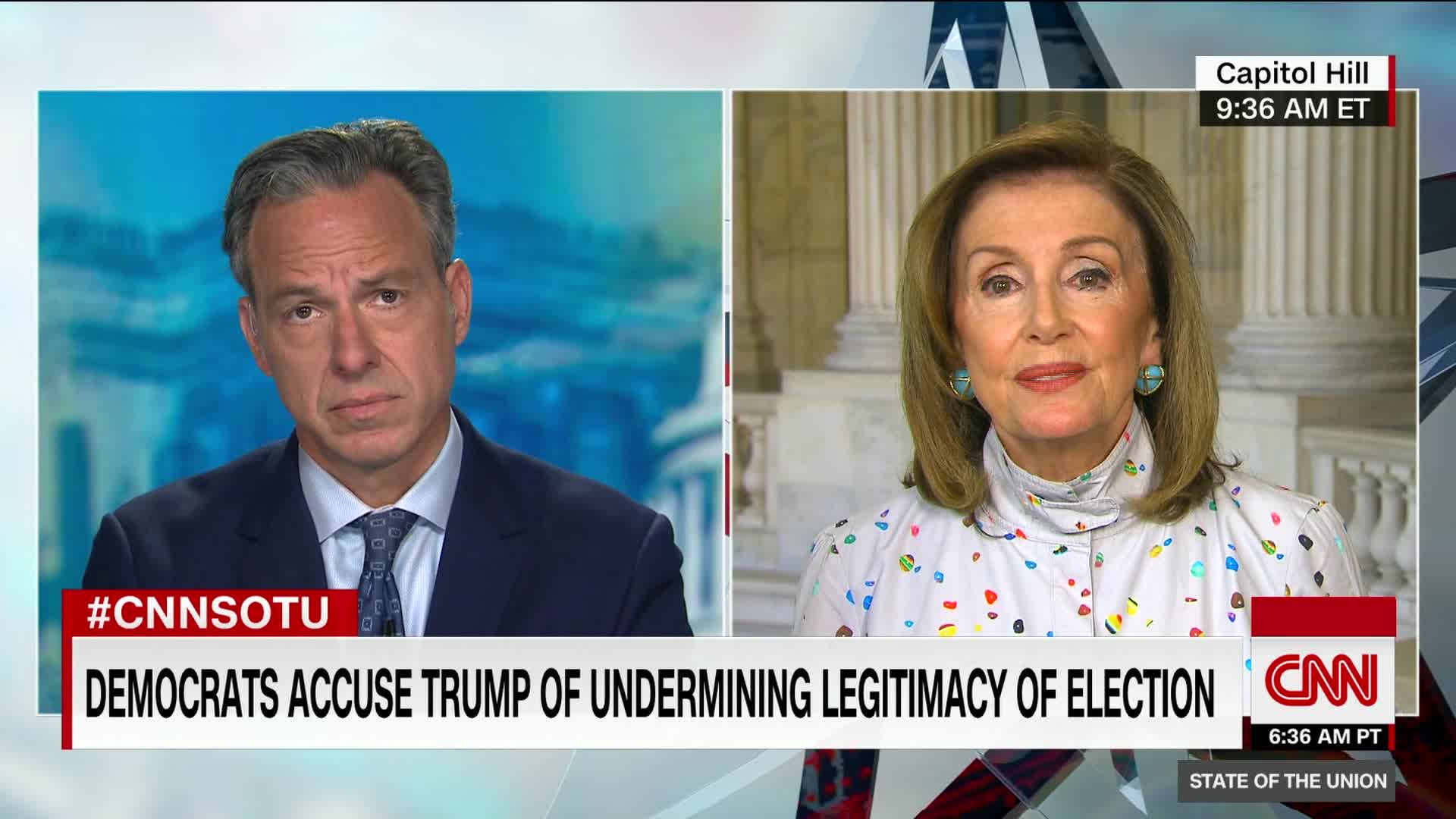 Iraq on Sunday reported 3,291 new coronavirus cases and 75 new deaths, according to the country's health ministry.

The daily new cases count for Sunday is down from Saturday's figure of 3,965 coronavirus cases, which took the country past the 200,000 mark for the first time.

The latest numbers are also notably down from last Tuesday's record of 4,576.

Iraq's total number of confirmed cases now stands at 204,341. There is a total of 6,428 confirmed coronavirus deaths nationwide.

President Trump would be willing to sign a bill that included Postal Service funding and reform – but only if Democrats agreed to include other economic relief measures along with it, White House Chief of Staff Mark Meadows said Sunday.

“My challenge to the speaker [Pelosi] this morning would be this – if we agree on five, six things — let’s go ahead and pass those,” Meadows said on ABC. “I spoke to the President early this morning. He’s willing to sign that, including Postal Service reform, that making sure that the money is there to make sure that deliveries of first class mail are handled quickly, efficiently, on time.”

Meadows said he planned to call Pelosi later on Sunday and noted he met with a number of congressional Democrats on Capitol Hill on Saturday. Meadows told reporters he had tried to see the speaker, but she was in a meeting and so he left a note. There was no meeting on the books, CNN reported, so there was no expectation of them seeing each other.

More context: Lawmakers had returned to the Hill for a rare Saturday vote on a bill that provided $25 billion for the US Postal Service, as well as a pause on cost-cutting measures by the USPS Democrats charged would hamper delivery of mailed ballots in the fall.

Meadows called the legislation, which passed the House 257-150 yesterday, a “largely messaging bill” that Pelosi knew had no chance of becoming law.

“It has everything to do with a political statement,” Meadows said on Fox News. “Here's how I know. Because in the privacy of the negotiating room, I offered $10 billion plus reforms for the Postal Service that actually they've been asking for for a long time, to Speaker Pelosi and Chuck Schumer.”

Trump’s chief of staff also criticized Pelosi for previously rejecting the idea of passing individual bills to deal with aspects of economic relief that the two sides could potentially agree on – such as enhanced unemployment benefits and support for small businesses – but then embracing a standalone bill for the Postal Service. He criticized her for bringing the House back on a Saturday to vote on a mail bill, but not for relief funds.

CNN has reached out to Pelosi’s office for comment.

The Czech Republic on Friday recorded its highest single-day increase in Covid-19 cases since March, according to figures from the country's health ministry.

The country recorded 506 new Covid-19 cases on Friday. The previous daily record was 373 cases on March 27.

The health ministry noted in a tweet that Friday's record number corresponds with an increased number of tests carried out that day, targeting areas where infections have already been detected.

A total of 411 Covid-19 deaths have been recorded in the Czech Republic, according to the health ministry.

At least 13 people have been killed and three others injured in a stampede at a nightclub in Lima, Peru, as partygoers attempted to escape a police raid on the venue, according to Orlando Velasco Mujica, general of the Peruvian National Police.

Police were called to the Thomas Restobar in the Los Olivos district of Peru's capital city on Saturday evening to shut down an illegal party that more than 120 people were attending.

Peru was one of the first nations in the Americas to take strict preventative coronavirus measures, but is now one of the worst affected countries in Latin America, with more than 576,000 cases, according to figures from Johns Hopkins University. More than 27,000 have died of the virus so far, JHU reports.

Keeping UK schools shut would likely be more harmful for children than the coronavirus, said the country's chief medical adviser, Professor Chris Whitty, amid a debate over the safety of reopening schools.

Whitty said the evidence was "overwhelmingly clear" that children dying from the virus was low risk.

"The chances of many children being damaged by not going to school are incredibly clear, and therefore the balance of risk is very strongly in favour of children actually going to school, because many more are likely to be harmed by not going than harmed by going, even during this pandemic," Whitty said in an on-camera interview with British media broadcast on Sunday.

Prime Minister Boris Johnson previously said there was a "moral duty" to reopen schools in the autumn.

Whitty acknowledged that students returning to the classroom was "likely to put some pressure" on the reproduction rate — or the R rate — which measures how much the virus is being transmitted in the community. An R rate of 1, for example, means every one person with the virus infects one other person, on average. Many countries are trying to keep their R rates below 1 to prevent the virus from snowballing.

On Friday, the UK government updated its guidance to say the country's R rate was somewhere between 0.9 and 1.1.

The government's main scientific advisory body on the pandemic, SAGE, also said Friday it "does not have confidence that R is currently below 1 in England."

During the interview, Whitty went on to say they were always going to have to balance keeping transmission rates low while doing "the least social economic damage to achieve that." 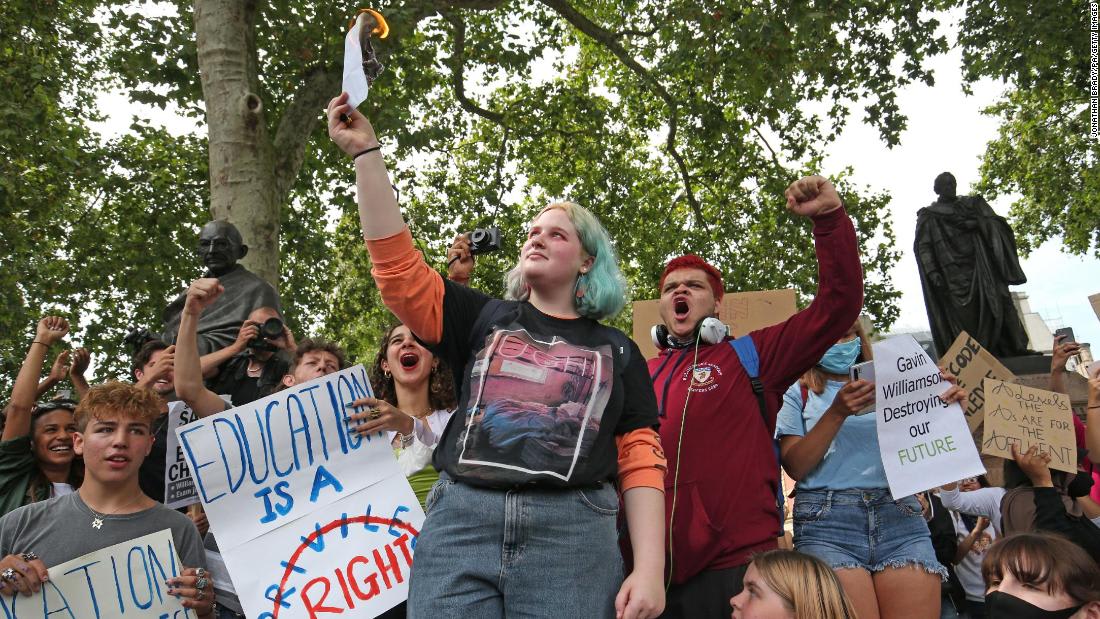