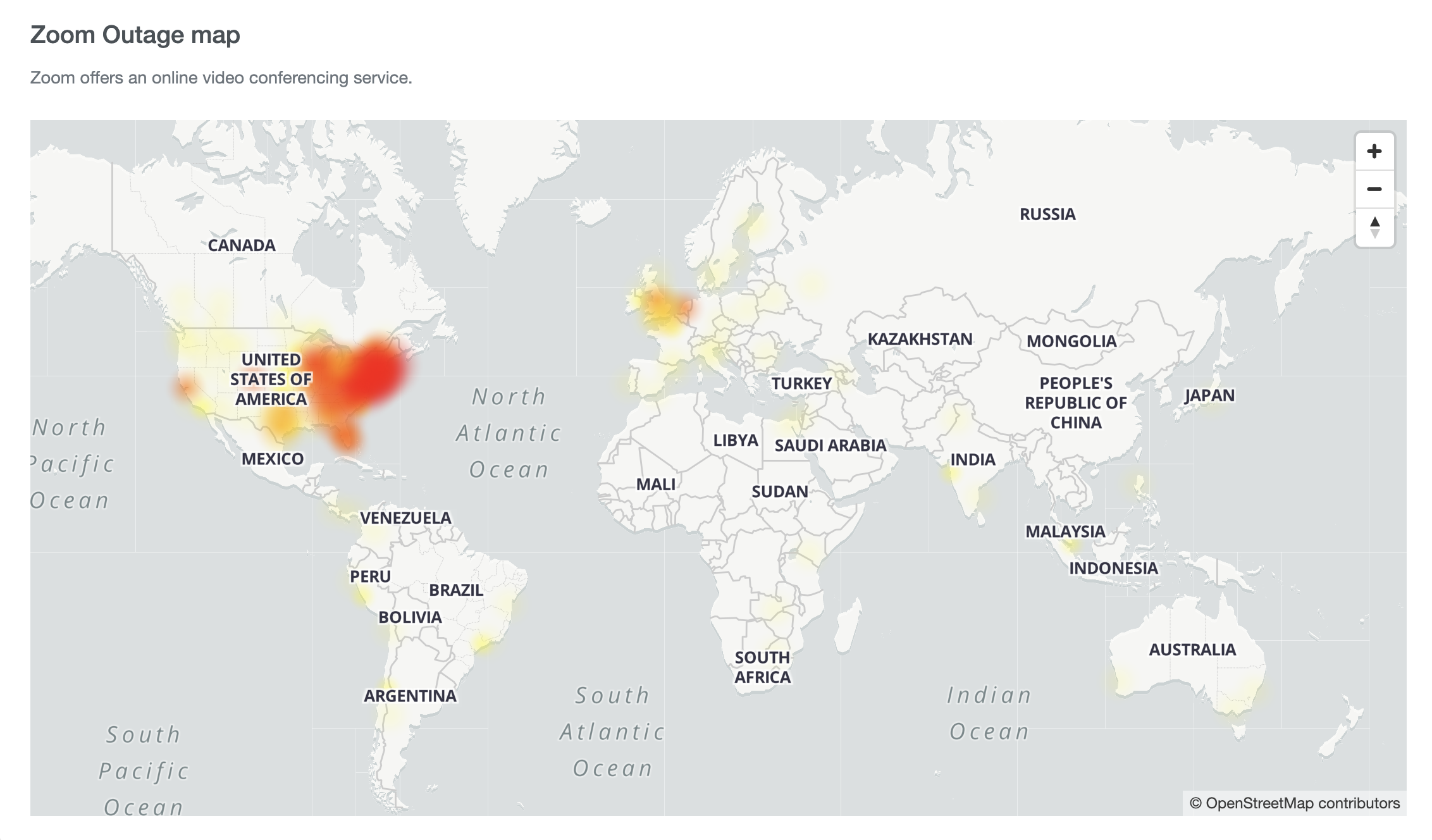 The US has reported more than 5.7 million coronavirus cases since the start of the pandemic — but new cases appear to be declining in many states.

At least 25 states are reporting fewer cases in the past week compared to the previous week. Another 14 states have a steady amount of new cases.

At least 11 states are reporting an increase in new cases, but no state is seeing a more than 50% jump. Here's a look at the latest numbers: 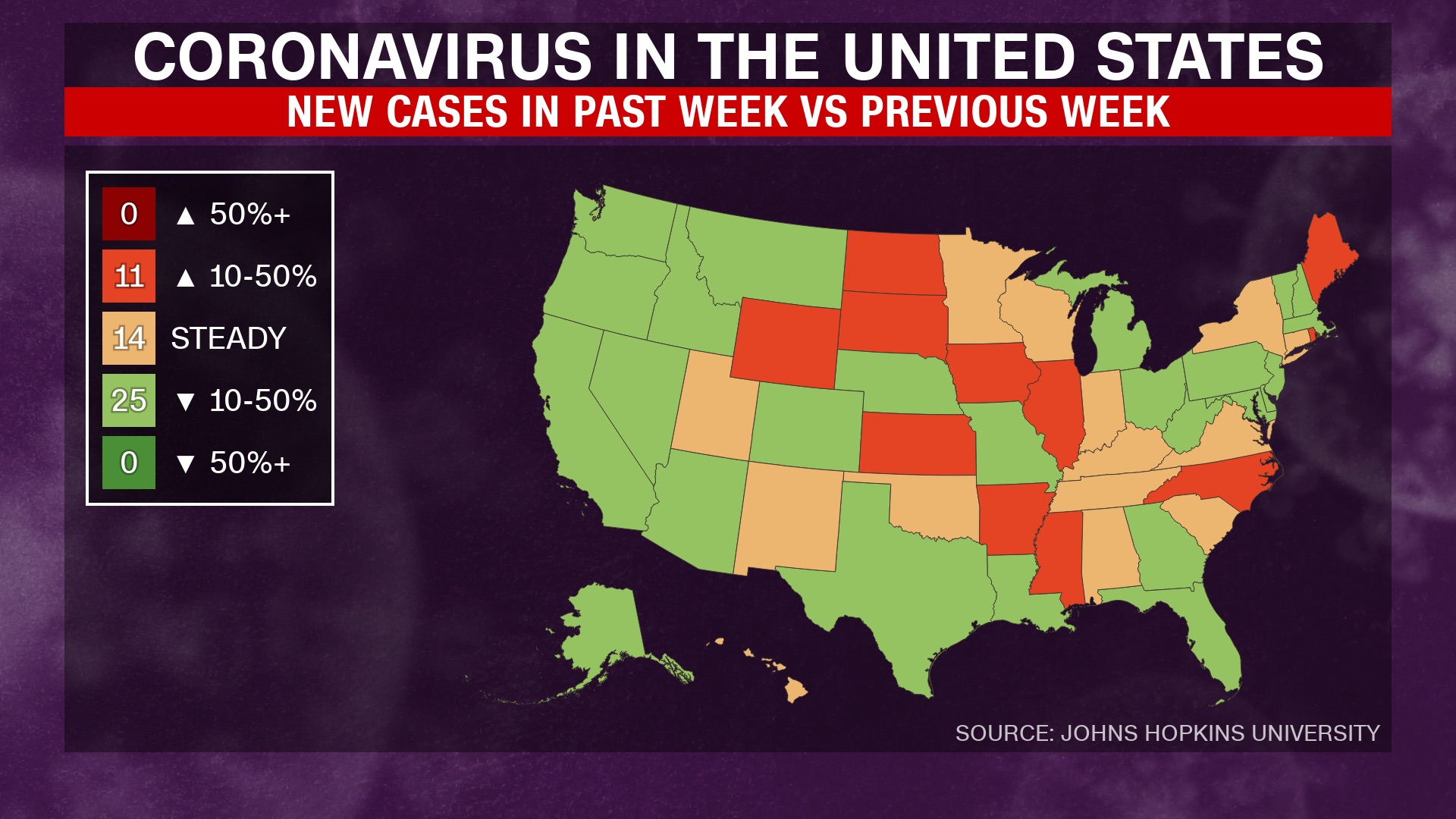 Stocks are set for a sharp rally on Monday after the Trump administration approved a potential Covid-19 treatment. With Wall Street in the green, both the S&P 500 and the Nasdaq Composite could reach new all-time highs.

Also boosting stocks, the Trump administration is reportedly considering fast-tracking an AstraZeneca Covid-19 vaccine prior to US election, according to the Financial Times. Although far from a certainty, investors were hopeful that a vaccine could come faster than many had expected. AstraZeneca's stock rose 3.6% in premarket trading.

After months of investors saying that only a vaccine or an effective treatment solution for the virus would help the economic recovery along, it's not surprising that the news of the plasma treatment is making waves.

Futures for all three main indexes are sharply higher:

Both the S&P 500 and the Nasdaq finished Friday at record levels, so any incremental increase during this session will push them to new all-time highs. The Dow, meanwhile, remains more than 5% below its February record level as of Friday's close.

As governments in Europe battle to control further waves of the coronavirus pandemic, Covid-19 cases are increasing across the continent, as students are returning to school. Here are the latest developments:

Germany continues to grapple with a steady rise in infections, with 711 new cases reported on Monday, according to the Robert-Koch-Institute. This comes after a dramatic increase of 2,034 cases on Saturday, the highest number of infections in the country since April 26. Germany had its infection peak in early April when cases hovered around 6,000 every day. The return of schools and holidaymakers from European travels has played a role in the recent resurgence of cases.

The UK recorded a further 1,041 new cases on Sunday as its schools prepare to reopen. However, the chief medical officers and deputy chief medical officers of its four nations said they are "confident that there is clear evidence of a very low rate of severe disease in children of primary and secondary school ages compared to adults" in a Sunday statement. It added that teachers are not at an increased risk of dying from Covid-19 compared to the general working-age population, but did recognize that it "is likely opening schools will put some upward pressure on transmission more widely and therefore increase [the] R [reproduction rate]."

France reported its highest increase in case numbers since exiting lockdown, with 4,897 new cases reported Sunday by national health agency Santé Publique France. This takes the total number of cases to 242,899. There are currently 59.8 cases per 100,000 residents, according to the European Center for Disease Prevention and Control (ECDC). Despite the impact on the country's health system being "very limited," the numbers of patients in hospital, particularly in intensive care, is beginning to rise, tweeted Health Minister Olivier Véran on Sunday. Véran urged French citizens to "break this dynamic" as French schools gear up for students to return.

Belgium was one of the first countries to be hit by a new wave in cases and it drastically tightened social distancing measures on July 27. Belgians will have to continue restricting their social bubble to five people for a further month so that schools can return safely, according to a Thursday press release from the country's National Security Council. The measures appear to be paying off with the average number of daily cases lower than the previous week. Last week there were an average of 493 daily cases compared to a daily average of 581 the previous week, according to figures from the country's epidemiological institute Sciensano published Monday.

Ireland continues to deal with the fallout from a political scandal which saw the EU Commissioner for Trade, a Supreme Court judge and a government minister attend a golf event in violation of the country’s coronavirus social distancing rules, which restrict gatherings of more than 50 people. The country recorded 156 new cases on Saturday and 61 more on Sunday, according to the Department of Health, after significantly tightening up social distancing. Under new measures Irish citizens cannot gather in groups larger than six people indoors and 15 people outdoors.

Italy recorded another 1,210 cases Sunday, the highest number of new cases since May 12, in addition to 1,071 cases on Saturday. Health officials say the increase in cases is due to large numbers of Italians returning from overseas. The Lazio region, which is home to the country's capital Rome, recorded 215 new cases Saturday, 61% of which were found to be linked to the tourism hotspot of Sardinia. Regional health assessor Alessio D'Amato said Saturday that while “hospitals and intensive care units are under control,” young people in Italy must not assume they are "invincible" to the virus.

Croatia's case numbers continue to increase after the country was removed from the UK's quarantine exemption list Thursday. There were 171 new cases reported Monday morning, according to the ECDC, which said the country has a rate of 57.8 cases per 100,000 persons.

Spain saw 8,148 new cases recorded in the 24 hours leading up to Friday, according to the country's Ministry of Health, one of the highest daily increases since lockdown measures were eased at the end of June. Spain currently has the highest infection rate of any country in Europe, according to the ECDC, with a 14-day cumulative number of cases of 152.7 per 100,000 people. The government will release the latest data on Monday.