Arizona State University (ASU) has sued Facebook in a US federal court over the company’s lack of cooperation in providing details and taking down an Instagram account that was advertising “Covid parties” and spreading misinformation about the school’s response to the disease, court records show.

The backstory: In July, ASU became aware of an Instagram account that promoted Covid-19 parties, the school said in a statement. The account urged followers to avoid social distancing, and not to wear face coverings for the upcoming fall semester.

“No more social distancing. No more masks. It is time to party,” one post cited in the lawsuit from the account read. The post also featured an “ASU” graphic with the school’s maroon and gold colored lettering.
“Our first party will be called Hoax-19 because this idea that Covid is only rampant in America compared to other countries is a hoax!” another post cited in the lawsuit read.

What ASU did: Lawyers for the school reached out to Instagram in early August in an effort to take the account down, arguing that it was using the university’s logo and trademarks without permission, court records show.

However, Instagram told the school that “it is not clear that the content you’ve reported infringes your trademark rights,” according to an email exchange in the suit. An Instagram employee told ASU’s attorney that it did not appear that the content was likely to confuse people about the source, sponsorship or affiliation.

Russia connection: In addition to the misinformation, the school’s initial investigation indicated that the people behind the account could be in Russia, according to the lawsuit. The university felt that someone was using the account to "sow confusion and conflict and to interfere with the health of the Arizona State University community by trying to worsen the pandemic here.”

The school filed a lawsuit, alleging trademark infringement, on August 20.

Despite the account going down, ASU said that it would press on with the litigation.

According to the latest figures, the proportion of new cases with links to international travel has risen dramatically since borders began to reopen and now sits at 42%.

Many of the cases have been linked to Kosovo, Croatia, Turkey, Bosnia and Herzegovina, and Bulgaria, according to the RKI.

But RKI also pointed out that people who have been abroad will be tested more frequently than the rest of the population.

What's happening in Germany: On Wednesday, Germany reported 1,576 new Covid-19 infections, according to the RKI, bringing the total tally to 236,429 cases and 9,280 deaths.

Munich's mayor Dieter Reiter said that if the number of confirmed infections per 100,000 residents rises above 35 over a seven-day period, authorities will prohibit the sale of alcohol after 9 p.m. -- and after 11 p.m., alcohol consumption in public will be banned.

The United Kingdom’s Education Secretary Gavin Williamson says secondary school children in regions of England that are under local lockdowns will now be required to wear face masks.

The move is a U-turn on the government's previous guidance.

In other areas of England -- which are not covered by local lockdown restrictions -- it will be at the headteacher’s discretion whether face masks should be worn.

“As we saw, the World Health Organization put out the details of their thoughts on this -- one of the key areas that they recommended is in key areas of high transmission, there is maybe some worth of wearing face masks … in education settings,” Williamson told Sky News.
“We think that it is right that in those few areas where we’ve had to do local lockdowns, that it is right that secondary schools in communal areas, that youngsters do wear face coverings.”

The government has been under pressure to change its advice on face masks in schools after the opposition Labour Party and some headteachers spoke out in favor of their use. As recently as Tuesday, government figures were insisting there was no reason to introduce face mask rules for schools.

The Scottish government has already announced that students over the age of 12 should wear masks in communal areas and while moving around schools.

The Welsh government is considering its advice to students.

The US Centers for Disease Control and Prevention has changed its Covid-19 testing guidelines and now no longer recommends testing for most people without symptoms, even if they've been in close contact with someone known to have the virus.

Previously, the CDC said viral testing was appropriate for people with recent or suspected exposure, even if they were asymptomatic.

The CDC changed the site on Monday. Here's what it says now: "If you have been in close contact (within 6 feet) of a person with a COVID-19 infection for at least 15 minutes but do not have symptoms, you do not necessarily need a test unless you are a vulnerable individual or your health care provider or State or local public health officials recommend you take one."

Those who don't have Covid-19 symptoms and haven't been in close contact with someone with a known infection do not need a test, the updated guidelines say.

"Not everyone needs to be tested," the agency's website says. "If you do get tested, you should self-quarantine/isolate at home pending test results and follow the advice of your health care provider or a public health professional."

The CDC guidelines still say people should get tested if they have symptoms and that someone's health care provider "may advise a COVID-19 test."

"It is important to realize that you can be infected and spread the virus but feel well and have no symptoms," the updated CDC site says, noting that local public health officials might request asymptomatic "healthy people" be tested, depending on cases and spread in an area. 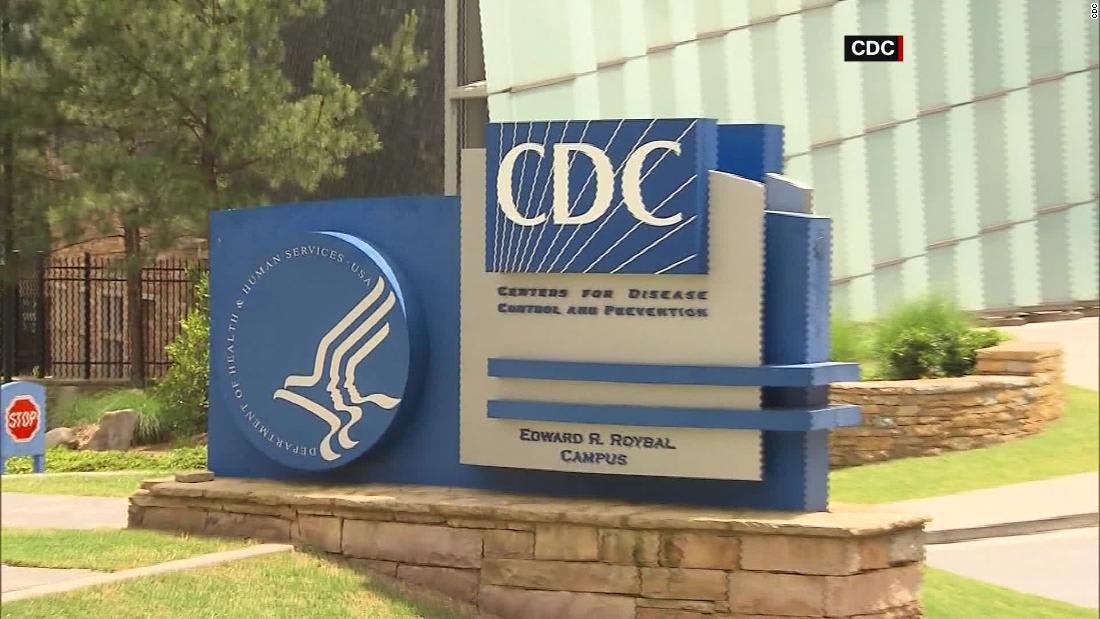 Among the new infections, three were locally transmitted and two were imported cases detected in isolation facilities, Director General of Health Dr. Ashley Bloomfield said at a news conference.

Health Minister Chris Hipkins said authorities would start testing asymptomatic patients over the next week. He said the step was being taken “to help ensure we have identified the full extent of the current outbreak”.

From August 30, masks will be mandatory on all public transport, including buses.

Hipkins said that 3 million masks have been dispatched to communities that are not in a position to buy them.

New Zealand has registered a total of 1,344 Covid-19 cases since the pandemic began. Of those, 134 are active cases, according to Bloomfield.

What's happening in New Zealand? The country is currently experiencing a fresh outbreak after marking more than 100 days without any community transmitted cases.

The new outbreak is centered in Auckland, New Zealand's most populous city. Within 24 hours of announcing the new community transmission cases, Auckland went back under a two-week lockdown. This week, Prime Minister Jacinda Ardern announced that Auckland's lockdown -- which was due to end on Wednesday -- had been extended and will now lift on Sunday. 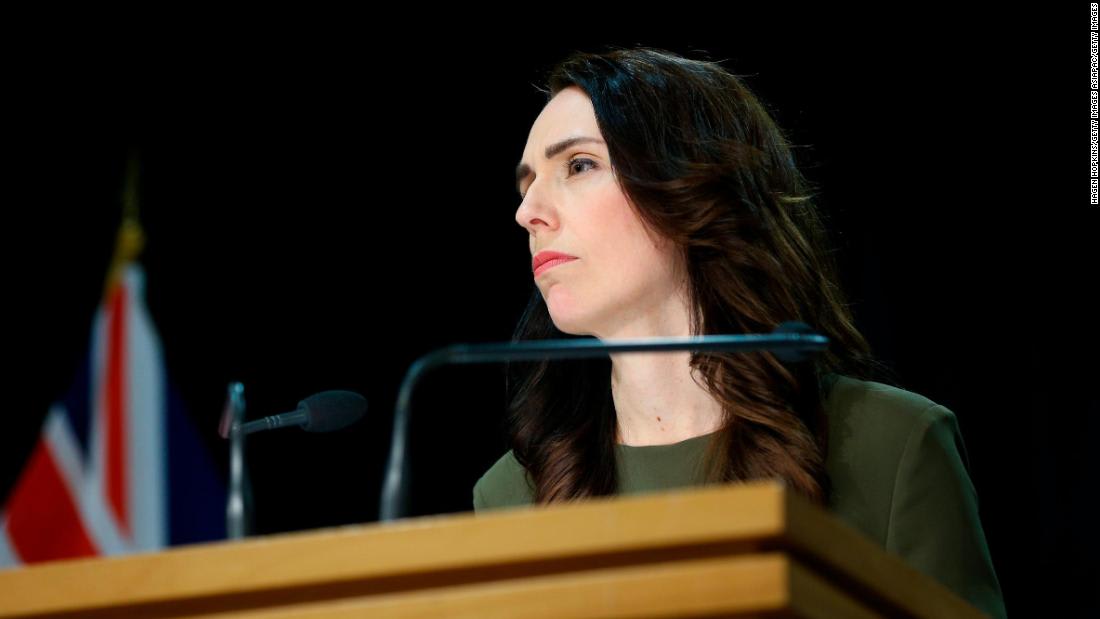 New Zealand PM Jacinda Ardern wants to eliminate coronavirus. Is she setting herself up to fail?

India has registered more than 1.5 million new coronavirus cases in the month of August so far, according to a CNN tally of data from the Indian Health Ministry.

The country recorded 67,151 new Covid-19 cases and 1,059 deaths on Tuesday, the Health Ministry announced on Wednesday.

That brings the total number of cases registered since the pandemic began to over 3.2 million, including 59,449 deaths, and means nearly half of India's coronavirus cases have been reported in August alone.

The South Asian nation has reported over 60,000 new daily cases and more than 800 coronavirus-related daily deaths for eight consecutive days.

India has ramped up its coronavirus testing lately, with over 18 million tests carried out so far in August, according to a CNN tally of data provided by the Indian Council of Medical Research.

Recovered patients: More than 2.4 million people have recovered from the virus in India, the Health Ministry said.

In India, not all patients require a test to be considered recovered. Patients with mild and moderate symptoms are considered no longer active after 10 days of symptom onset if they meet certain conditions, and a test to confirm that they no longer have the virus is not required. However, severe cases can only be discharged after one negative coronavirus test.

More than 1,300 healthcare workers have died from coronavirus in Mexico since the start of the pandemic, the country's Health Ministry reported on Tuesday.

A further 650 fatalities were also confirmed, taking the total number of coronavirus-related deaths in the country to 61,450, including 1,320 healthcare workers.

Mexico is braced for an uptick in cases: On Monday, Deputy Health Minister Hugo López-Gatell said the country should expect to see a marked increase in new daily cases after widening the criteria for detecting Covid-19 from suspected cases.

Starting Tuesday, patients will only have to report one Covid-19 symptom in order to be identified as a suspected case, López-Gatell said. New symptoms added to the criteria include loss of smell, loss of taste and diarrhea.

India and Russia have been in touch over Sputnik-V, the Russian vaccine against coronavirus, a senior Indian Health Ministry official said Tuesday.

“As far as the Sputnik-V vaccine is concerned, India and Russia are in communication. Some initial information has been shared," Rajesh Bhushan, a senior official at the Indian Health Ministry, said at a news conference.

He did not provide any further details.

Last Thursday, Kirill Dmitriev, CEO of the Russian Direct Investment Fund that is funding the vaccine research, said that India could be one of the countries to participate in post-registration clinical trials for the vaccine.

Unproven vaccine: Russia raised eyebrows earlier this month when it announced the world's first approved coronavirus vaccine for public use.

Developed by the Moscow-based Gamaleya Institute, the vaccine was approved by the Russian government before beginning crucial Phase 3 trials, during which it will be administered to thousands of people.

Russian President Vladimir Putin says his own daughter has already received it, but testing is yet to be completed and experts are skeptical about how quickly the vaccine has been registered. 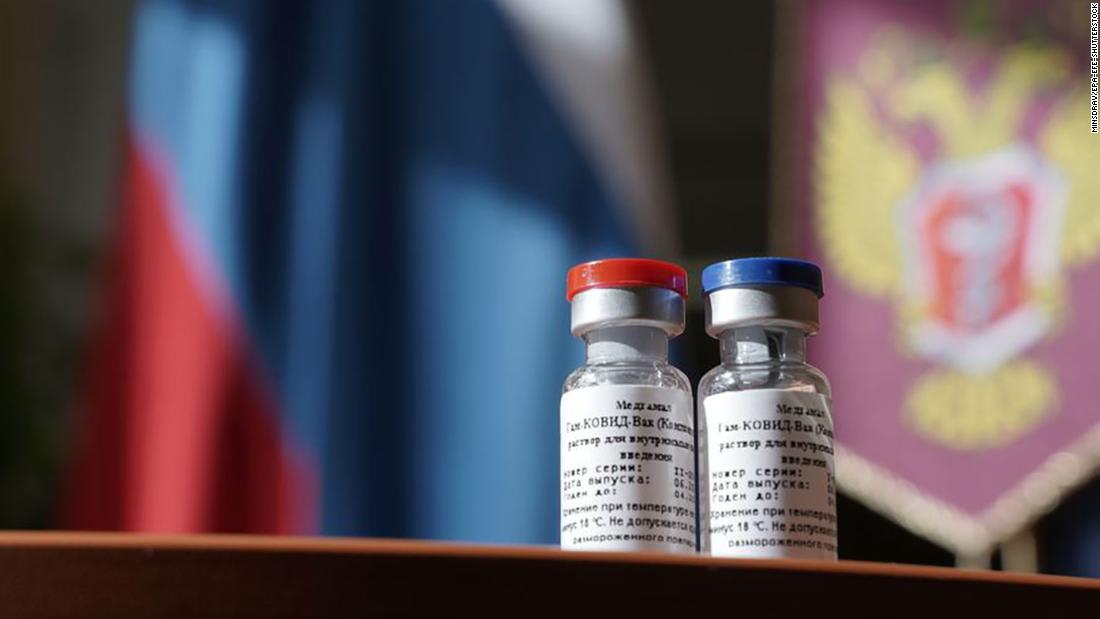 The United States reported 38,148 new cases of Covid-19 and 1,232 virus-related deaths on Tuesday, according to data from Johns Hopkins University.