A well-known coronavirus model that previously has been cited by the White House now forecasts that more than 317,000 people in the United States will die from Covid-19 by December.

As of Friday morning, the model from the Institute for Health Metrics and Evaluation at the University of Washington projects that 317,312 people may die from the illness — marking an increase of about 8,000 deaths from a previous estimate the model projected one week ago.

Since January, US health authorities have identified more than 5 million Covid-19 cases so far nationwide and more than 180,000 people have died, according to the latest data compiled by Johns Hopkins University.

The new IHME estimate suggests that the United States could see more than 136,000 additional deaths between now and December, and the daily death rate could rise to more than 2,000 per day.

Yet IHME researchers noted on their website on Thursday, when the update to their model was made, that "if mask wearing in public increases to 95%, more than 67,000 lives could be saved."

"Over the last week some estimates for states such as California and Texas have decreased, while Florida, Georgia, and Illinois have increased," the researchers wrote.

As with any model, these forecasts are only projections — not definitive — and are subject to change.

A ban on a mass protest set to take place this weekend in Berlin against the German government’s response to coronavirus has been lifted following an urgent ruling by the Berlin Administrative Court on Friday.

“The assembly against the coronavirus policy of the federal and state governments planned for August 29, 2020 by the initiative Lateral Thinking 711 can take place after an urgent ruling,” the court said in a statement.

“The organizers must comply with conditions,” the statement added.

Earlier this week, Berlin’s state government announced that it would prohibit the demonstration from taking place, citing potential violations of the government’s coronavirus regulations.

According to the court’s statement, police anticipate more than 20,000 people will attend on Saturday.

German Chancellor Angela Merkel has warned that the coronavirus pandemic is “likely to get more difficult in the coming months,” cautioning that society "is never going to be the same" until a successful vaccine is developed.

"Things will not return to normal until we have a coronavirus vaccine," Merkel said Friday.

“We will have to live longer with new coronavirus [cases]," she added.

Speaking during her annual summer press conference in Berlin, Merkel stressed that the “economy should be kept alive or brought back to life,” adding that Germany will “work with the European Parliament so that the recovery fund can be launched early next year.”

The Chancellor’s comments come just a day after the introduction of tougher measures in Germany to curb the spread of coronavirus ahead of the autumn and winter season, including new travel regulations.

“We can see that the number of infections has risen in recent weeks…we take this increase in the summer months very seriously,” Merkel said.

French President Emmanuel Macron has called for greater coordination within the European Union on coronavirus restrictions and border regulations, asserting that it would be “absurd” to impose tougher border restrictions within the bloc.

In Europe we have millions of cross-border workers…it would be absurd to impose constraints because it hinders daily life, economic life."

Speaking during a televised address on Friday, the French President urged his European partners to focus on developing a unified approach which “allows Europe to not to be at a standstill” as a result of the pandemic.

“There is still progress to be made to improve coordination. Let's not repeat the mistakes of March in this regard, it is counterproductive and, above all, it is ineffective in the fight against the virus and its spread,” Macron said.

Europe is grappling with a second coronavirus surge. Here's how it's playing out across the continent:

The country recorded its highest number of cases since the lockdown lifted on Thursday, with 9,658 new infections. Fernando Simón, director of the country's Center for Health Emergencies, attempted to allay concerns, saying the "situation is completely different to the one we had in March or April."

Extra measures have been put in place to bolster the school system, including mask mandates for all students over the age of six. Other new measures announced on Thursday includes a bubble system in schools, students having to disinfect their hands five times a day, and regular classroom sanitization. Some Spanish regions have placed a cap of 20 students per classroom.

A compulsory mask rule came into force in Paris and its suburbs on Friday, which means over 7 million Parisians will have to wear a face covering in public -- even when on a bike or scooter.

On Thursday, France saw the highest number of new cases since March 31 -- the peak of the epidemic -- with 6,111 new cases. Prime Minister Jean Castex also declared 21 "red zones" across the country, which refers to areas where the active cases have exceeded 50 per 100,000 people.

The UK continues to be hit by local outbreaks, with 75 positive cases in a poultry factory in Norfolk, eastern England. Hundreds of workers at the Banham poultry facility have been told to self-isolate as a result of the 22% infection rate.

The UK removed the Czech Republic, Jamaica and Switzerland from its travel corridor list on Thursday, in a bid to keep infections down. Yet cases are also rising in the country, which reported 1,522 new infections on Thursday, the highest number since June 12.

Italy is also observing an upward trend with 1,179 positive new cases reported on Thursday, the highest number since May 6, and five deaths.

Some 93 new cases were recorded by Ireland's Health Protection Service Surveillance Center on Thursday. The Irish government remains watchful after a spike in cases during the last fortnight prompted a tightening of social distancing measures.

Germany recorded 1,507 cases on Thursday, according to the Robert Koch Institute, which noted the marked rise in cases in a number of federal states.

The institute also predicted that by early 2021 there will be a successful vaccine candidate ready for production. It noted, however, that there will not be enough initial doses available for the entire population.

Argentina's coronavirus outbreak shows no sign of easing. According to figures from its health ministry, the number of confirmed Covid-19 cases there has doubled since July 31, and its death toll has doubled since August 4.

Argentina has reported a total of 8,050 deaths, the majority recorded in the capital, Buenos Aires, and its surrounding province of the same name. The same applies to the number of cases recorded: 327,000 of the 380,000 cases identified so far are in Buenos Aires city and province.

The government has extended lockdown measures in an effort to contain the spread of the virus.

The Philippines reported 3,999 new Covid-19 cases on Friday, according to data from its health department.

This brings the country's tally to 209,544 confirmed cases -- 71,745 of which are active cases, according to the health department.

There were 91 virus-related deaths recorded there on Friday, pushing the national death toll up to 3,325 since the outbreak began. More than 2.3 million coronavirus tests have been done in the country.

A free roll of toilet paper with your vape? How about hand sanitizer?

Vaping companies -- long criticized for marketing that appealed to kids and implied their products were less harmful than smoking -- are now under the microscope for seizing on the Covid-19 pandemic to sell their products.

Some have launched promotions offering free toilet paper, face masks or hand sanitizer with a qualifying purchase, according to a new paper published Thursday in the journal Tobacco Control.

"While we thought we'd seen it all, we never imagined that we'd see tobacco companies exploiting a global pandemic for marketing purposes," study author Dr. Robert Jackler told CNN in an exclusive interview.

What really surprised us was how many different ways they did it, and how many companies and brands engaged in the practice."

Jackler founded the group Stanford Research into the Impact of Tobacco Advertising, which has collected more than 300 Covid-related ads from 21 e-cigarette brands and 41 online stores.

In most sanitizer giveaways the researchers observed, the products came in the same bottles as e-liquids. In one case, a company described its sanitizer as "WHO recommended."

"They offer their hand sanitizer in the same little bottle," Jackler said. "You can very easily accidentally think that that's for use in vaping. You pour 70% alcohol in the vaporizer, breathe it in, can do some serious harm to your lungs." 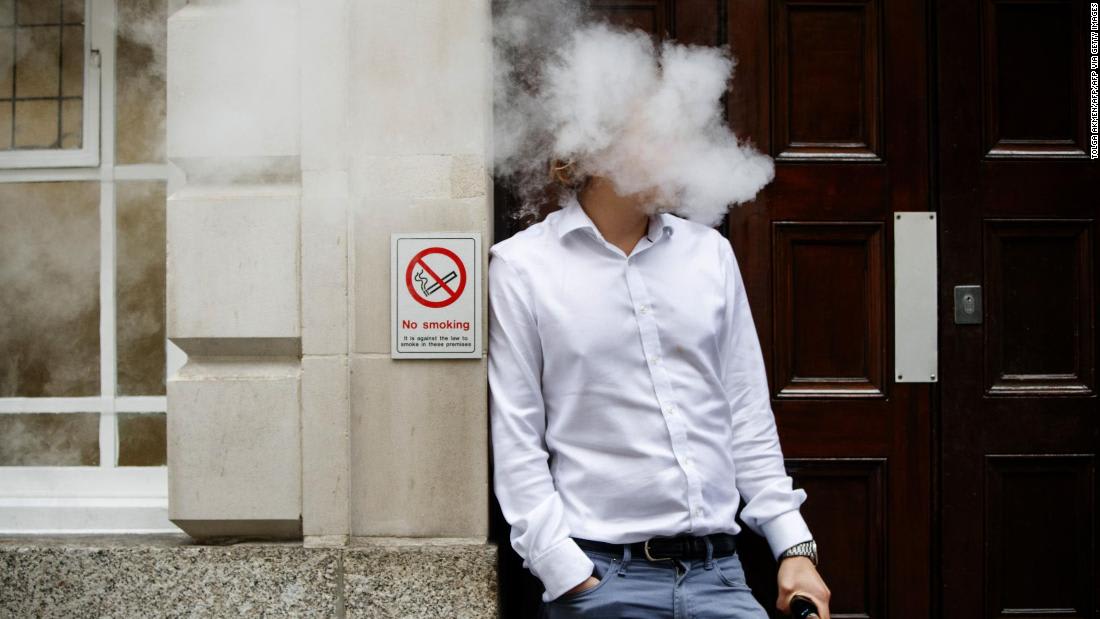 In a year of tragedies, Europe's shores are seeing some of the most horrifying scenes: bodies washing up on beaches as desperate families make hazardous journeys in search of a safe home.

Coronavirus has left countries such as Tunisia facing serious economic hardship and unemployment, while others, including Libya, are dealing with the effects of war. That's led to an increase in sea arrivals this year in countries including Italy and Malta, according to figures from the United Nations High Commissioner for Refugees (UNHCR). Arrivals in southeastern Europe are also up on 2019, mostly from Syria, followed by Morocco and Iraq.

But European responses have often been brutal. Humanitarian organizations say pushbacks at borders in countries such as Greece, an absence of sea rescues in the Mediterranean and unhealthy quarantine arrangements have created huge challenges. And it comes at a time when movement is harder and more dangerous thanks to travel restrictions and the closure of transport routes and processing centers.

Last week, a man was found dead on Sangatte beach, near Calais in northern France. He and a friend had tried to cross the English Channel, one of the world's busiest shipping lanes, in an inflatable dinghy with shovels for paddles. The friend said he was just 16, but French authorities said his papers belonged to a 28-year-old Sudanese migrant and an autopsy showed he was an adult. He couldn't swim, his companion said. 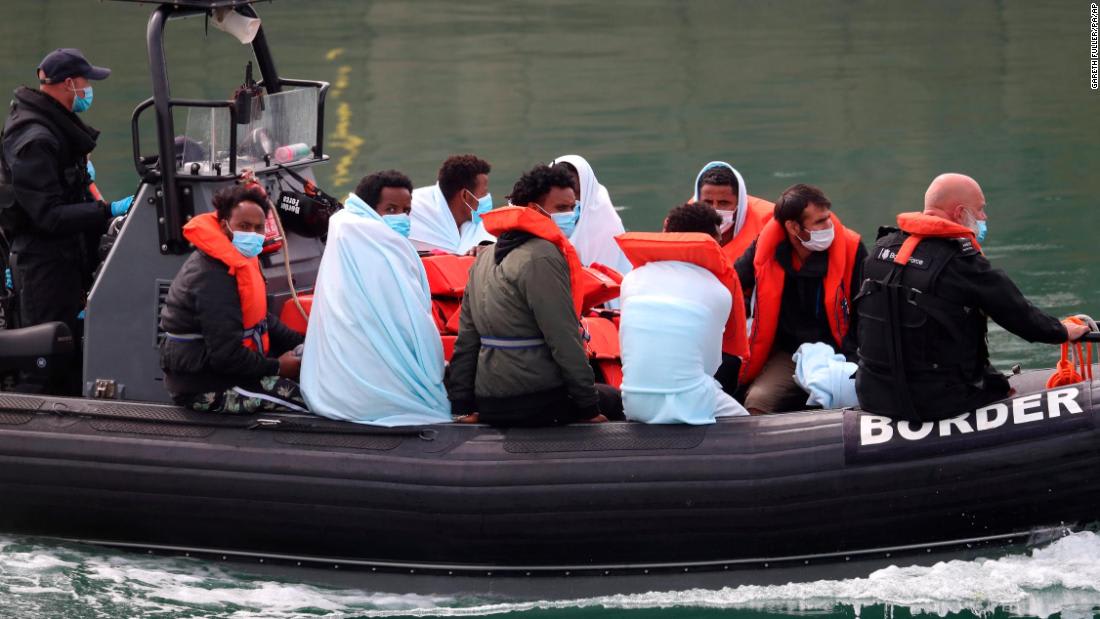 Europe's migrant crisis is worsening during the pandemic. The reaction has been brutal