There are currently 111 residents hospitalized, of whom 52 are in the ICU, said Fischer.

The city’s positivity rate currently stands at 9.42%, he said.

Cases are starting to trend downward but are still “way too high,” she continued, adding that the positivity rate is still increasing.

In terms of testing, Louisville’s capacity is “quite robust,” said Bill Altman, Chief Strategy Officer for Kindred Health and former Chair of the Board of Health, who is leading the city’s work on testing as a consultant.

Altman also noted that testing turnaround times are back to 48 hours or less after the city started to rely more on local and regional labs.

New York City students will not return for in-person learning until Sept. 21, Mayor Bill de Blasio announced at a press conference this morning. The first day of school in NYC was previously scheduled for next Thursday, Sept. 10.

After discussions with unions, this resolution was done “in a constructive spirit,” the mayor said.

More preparation days for teachers will now be built in to the schedule. The mayor said all of the changes are taking place in “absolutely unprecedented conditions” and the city is setting the “global gold standard.”

Here are details on NYC's new plan for school reopening:

New York state added two more states to its list of states and territories that are subject to its Covid-19 travel advisory, bringing the total to 33.

People traveling to the state from Alaska and Montana will now have to quarantine for 14 days upon arrival.

New Jersey and Connecticut are expected to add the states to their list too, as all three neighbor states issued the same travel advisory guidance initially.

"As we continue to pursue a phased, data driven reopening, the number of areas that remain on New York's travel advisory is a stark reminder of the continued extent of the COVID-19 crisis throughout the nation," said New York Governor Andrew Cuomo.

Meanwhile the State of New York has remained under a 1% transmission rate for its 25th day and ICU patients are at lows not seen since mid-March.

Of more than 1,000 establishments visited by the State Liquor Authority and State Police Task force, only three were observed in violation – including two in New York City.

White House tours, which were suspended on March 12, are set to resume six months later on Saturday, Sept. 12.

“In order to ensure the safety and health of all visitors, there have been new policies implemented that align with the guidance issued by Federal, State, and local officials,” a statement from the first lady’s office said.

Face coverings will be required for those over the age of 2, and group sizes will be limited to 18% of normal capacity, the first lady’s office said.

Across the United States, 36 states are reporting 20,000 coronavirus cases at colleges and universities.

In an interview on CNN’s “New Day,” Erin Bromage, a UMass Dartmouth biology professor, said that one of the best way to keep Covid-19 in check is to test students three times per week.

“But three times a week is financially really tough for most universities to accomplish,” Bromage said. “When you go to once a week, it's impossible to actually catch up to those infections.”

Bromage also warned that we should not stigmatize against students who get coronavirus on campus.

“Administrators had the choice of designing a plan of how they delivered education, and they had all of summer to do this,” he said.

He said that it falls on school officials to find safe ways for students to socialize.

“If…we start forcing them to go underground in regards to their social activities, that makes it even harder to control. We need to be looking at ways to understand what the students want to do — they want to congregate, they want to be together, they want to socialize — but we need to help them do that in a safer way,” Bromage said.

International Air Transport Association CEO Alexandre de Juniac told reporters that testing “appears to be ready for being used in travel, giving confidence both to travelers and to governments.”

He said the group believes “the speed, accuracy and scalability of testing is rapidly improving,” and that testing will serve to “rebuild confidence, reopen borders, restart aviation, recharge demand, and support jobs.” Among the challenges, de Juniac acknowledged, is having enough testing technology to deploy to each airport and to process a large number of passengers with minimal waiting.

The group sees testing as one part of a three-point plan to expand international travel, including adopting a set of guidelines and international coordination so that entrance requirements are the same in every country.

It believes those protections would allow countries can drop restrictions, such as quarantine periods, which the group said is a key barrier to the industry’s success.

“The main issue we face is that most countries borders are closed to international travel,” said IATA economist Brian Pearce. 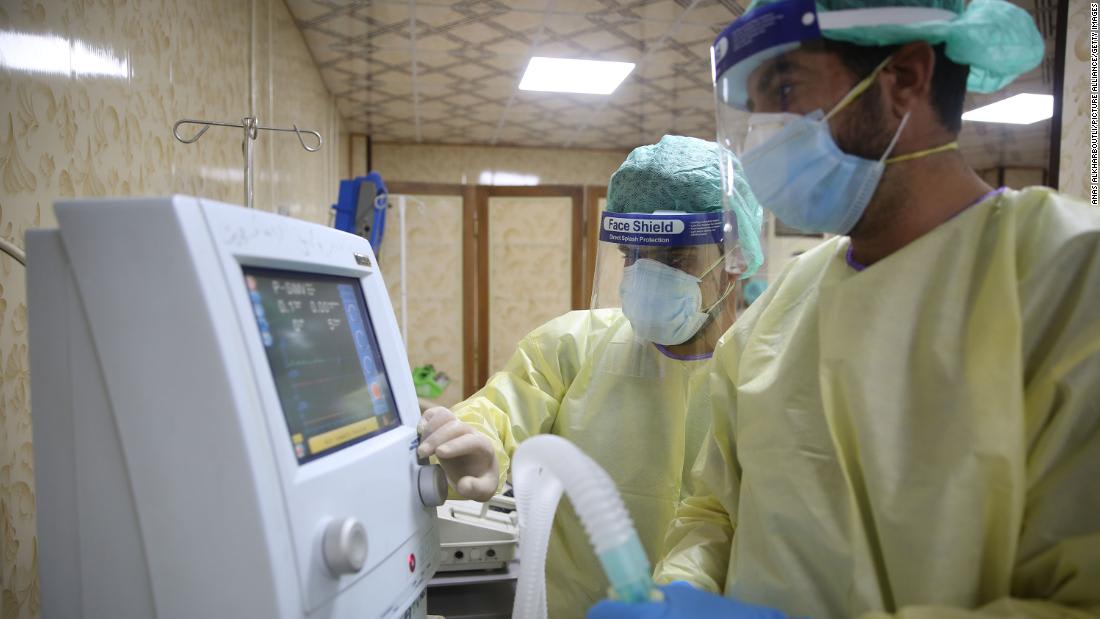