College students infected with the novel coronavirus should stay on campus and isolate there as opposed to returning home, according to Dr. Anthony Fauci, director of the National Institute of Allergy and Infectious Diseases.

A return to campus for the new academic year has colleges and universities struggling to both contain outbreaks of Covid-19 and enforce policies meant to prevent its spread.

“Keep them at the university in a place that’s sequestered enough from the other students, but don’t have them go home, because they could be spreading it in their home state,” Fauci said during a prerecorded interview on NBC’s Today Show on Wednesday.

Asked if campuses should be shut down when there are infected students to send kids home, Fauci replied: “It’s the worst thing you could do.”

Holiday weekends have led to surges in Covid-19 cases but practicing mitigation measures can help prevent these surges, according to Dr. Anthony Fauci, director of the National Institute of Allergy and Infectious Diseases.

“When you have a holiday like Labor Day – we have seen after the 4th of July, we saw after Memorial Day – a surge in cases,” Fauci said during a prerecorded interview on NBC’s Today Show on Wednesday.

“Wear a mask, keep social distancing, avoid crowds. You can avoid those kinds of surges,” he said.

On Wednesday, India also recorded 801,282 active Covid-19 cases as of Wednesday -- the highest number of active cases reported on a single day.

Meanwhile, the Indian government said in a tweet Wednesday that the country's recovery rate has seen "steady improvement" since lockdown measures were implemented in March and are now at 76.98%.

The country entered its new phase of reopening on Tuesday, which includes the resumption of the country's metro rail services in a "phased manner" from September 7. The reopening allows for gatherings of up to 100 people at sports, entertainment, cultural, religious, and political events outside of hot-spot areas from September 21, with mandatory face-mask wearing and social distancing measures.

All the best dogs find their way home eventually. Sometimes, like Pipsqueak the wiener dog, they've got to embark on a journey of more than 10,000 miles to get there.

Little Pip was stranded in South Carolina at the height of the pandemic after her owners were forced to abandon their round-the-world sailing trip and fly home to Australia.

With borders closing quickly, Zoe and Guy Eilbeck, and their sons Cam and Max, had less than 48 hours to pack up everything from their 40-foot yacht after docking in Hilton Head Island.

That's OK, they thought. They'd be able to return in no time at all for a tail-wagging reunion before heading back out on the ocean.

So Zoe made a few last-minute phone calls to arrange for Pip to be looked after by a friend, and the family said goodbye for what they hoped would be just six short weeks.

But that's not quite how it worked out.

The resumption of international flights will take place in batches, Xu Hejian, Director of Beijing Information Office said in a press conference on Wednesday.

Eligible passengers include residents of the countries listed, as well as Chinese residents abroad. They must submit a negative test sample and pass a temperature check before being allowed to board flights to Beijing, Xu said.

On their arrival in Beijing, all passengers have to take a nucleic acid test before undergoing a 14-day quarantine at designated locations, Xu added.

China, where the virus was first detected in December last year, has had almost 90,000 recorded cases of coronavirus, according to figures from Johns Hopkins University. Despite being the original epicenter of the virus, the country has had just over 4,720 deaths, according to JHU.

Months into the pandemic that has infected more than 6 million Americans, the public and experts alike are learning the impacts of Covid-19 can drag on longer than expected.

The US Centers for Disease Control and Prevention advises that most Americans who have tested positive for coronavirus can return to work or school 10 days after the onset of symptoms, unless the illness requires hospitalization. But new research suggest that the virus and its symptoms are often nowhere near finished by that benchmark.

According to research published Tuesday in the British Medical Journal, patients may need to wait over a month before being retested to know whether they have cleared the virus.

The study also suggests that about one in five negative tests are false negatives, meaning many are still spreading the virus after testing negative without knowing it.

Even once patients do test negative, many report that their symptoms -- from aches to loss of smell to brain fog and affected mood -- can last months longer.

"We think that this long-term damage may in part be due to vascular damage, kind of a footprint that the virus leaves even when it's gone from the body," Dr. William Li told CNN's Chris Cuomo earlier this week, adding that researchers have seen the virus damaging blood vessels that connect the entire body. 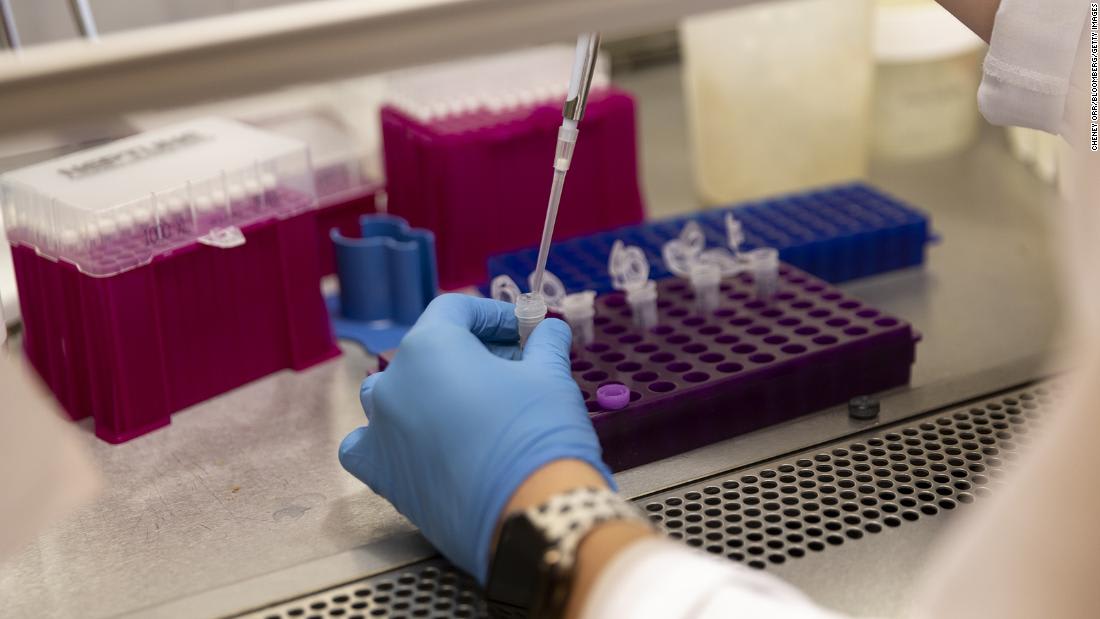 Globally, there have been more than 25.7 million reported cases of Covid-19, and more than 850,000 people have died, according to figures from Johns Hopkins University.

Here's the latest on the pandemic.

Night curfew to be imposed in Havana as coronavirus cases surge again: For the first time since the pandemic hit Cuba, Havana residents will face a nightly curfew and will not be allowed to travel to other provinces as Cuban authorities have struggled to control a second wave.The curfew, from 7 p.m. to 5 a.m., which starts Tuesday evening local time, will last for at least 15 days, and will increase penalties on those not wearing a mask.

South Korean pastor apologizes after more than 1,000 Covid-19 cases linked to his church: Jun Kwang-hoon, pastor of the Sarang-jeil Church in South Korea's capital Seoul, apologized to the public following his release from hospital 16 days after testing positive for Covid-19. The church attracted widespread backlash in August when it became the center of a coronavirus outbreak, with more than 1,083 cases linked to the church as of Tuesday, according to the country's Centers for Disease Control and Prevention. On Wednesday, Jun addressed the public wearing a face mask and apologized for the concerns he and his church have caused.

Australia pushed into recession for the first time in nearly 30 years: The pandemic has pushed Australia into its first economic recession in nearly three decades, with the country's GDP contracting 7% in the second quarter compared to the prior one, the Australian Bureau of Statistics (ABS) said Wednesday. It marks the second straight quarter of declines for Australia --- GDP shrank 0.3% in the first quarter --- and the largest drop since records began in 1959.

Hong Kong relaxes some Covid-19 restrictions as new cases fall: Hong Kong will relax some Covid-19 restrictions as the city's locally transmitted cases start to drop. Starting on Friday, restaurants will be allowed to extend dine-in services until 10 p.m., instead of the current 9 p.m. rule, while gyms, massage parlors, some sports grounds and playgrounds will also be allowed to reopen.