Seaver died Monday in his sleep of complications of Lewy body dementia and Covid-19, the National Baseball Hall of Fame said.

"We are heartbroken to share that our beloved husband and father has passed away," said his wife, Nancy Seaver, and daughters Sarah and Anne, according to the Hall of Fame website. "We send our love out to his fans, as we mourn his loss with you." 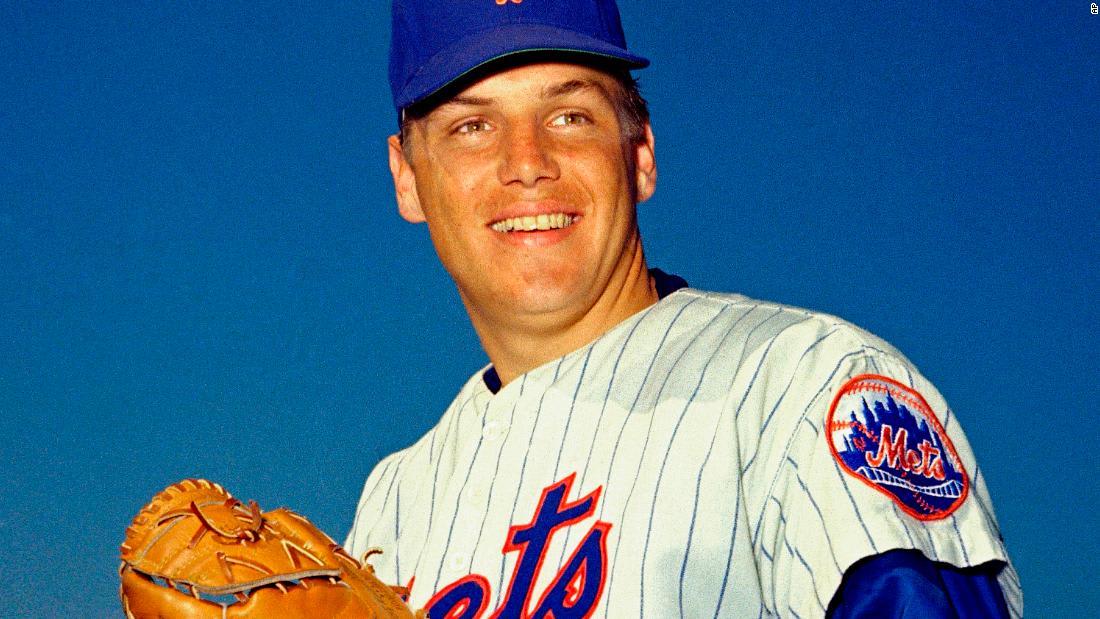 Brazilian soccer star Neymar is one of three Paris Saint-Germain players to have contracted coronavirus, according to multiple reports, including the New York Times which cited people familiar with the matter.

French media said that the 28-year-old, along with Argentine midfielders Angel Di Maria and Leandro Paredes, all tested positive after returning from a vacation in Ibiza, Spain.

Earlier on Wednesday, PSG had confirmed in a news release that three unnamed players tested positive and "have undergone the appropriate health protocols. All players and staff will continue to be tested over the next few days.”

CNN has reached out to each of the three players’ representatives for comment. The club declined to confirm the identity of the players to CNN.

Neymar is the world’s most expensive soccer player, having signed for PSG for $263 million in 2017. Ten days ago, the Brazilian was part of the PSG team that lost in the Champions League final.

Neymar, along with the other two players, now faces the prospect of missing the start of the new season, due to begin on September 10. There are strict protocols requiring players that have tested positive for the virus to self-isolate.

Dr. Anthony Fauci, director of the National Institute of Allergy and Infectious Diseases, said the White House Coronavirus Task Force is not discussing herd immunity as a strategy to control the coronavirus pandemic, even though President Donald Trump frequently mentions it as a means of making the pandemic “go away.”

Herd immunity occurs when enough people are infected or vaccinated in a community that a pathogen stops circulating.

“That's not a fundamental strategy that we're using,” Fauci said in an interview Wednesday with MSNBC’s Andrea Mitchell. “We're not there yet."

“The fundamental strategy that we clearly articulate and go by, through the task force, is to try to prevent as many infections as you possibly can prevent,” he added. “When you get someone who's infected, you do the identification, isolation and contact tracing and you do the kinds of things to prevent infections.”

Fauci said he didn’t understand what Trump was referring to in his comments about herd immunity.

“I'm not so sure what that’s all about but we certainly are not wanting to wait back and just let people get infected so that you can develop herd immunity,” Fauci said. “That's certainly not my approach, it's certainly not Dr. Birx’s approach or any of the other people that I know of on that task force.”

Mexico trails only Brazil, Peru, and Colombia in terms of the highest number of total coronavirus cases in Latin America, according to data from Johns Hopkins University.

Compared to the first three months of the year, Mexico’s GDP fell more than 17% in the second quarter of 2020 -- and the International Monetary Fund (IMF) predicts the country’s economy could fall another 10.5% before the year’s end.

Despite the country having one of the highest death tolls in the world, Obrador said he believes the worst of the pandemic is over for Mexico, in terms of both the economy and public health.

Dr. Anthony Fauci, director of the National Institute of Allergy and Infectious Diseases, made a “plea” to Americans to continue coronavirus mitigation efforts as Labor Day weekend approaches.

“The issue that we're facing right now is we're entering in a day or two right now into the Labor Day weekend and we know from prior experience that when you get into holiday weekends — the Fourth of July, Memorial Day — there's a tendency of people to be careless, somewhat, with regard to the public health measures that we keep recommending over and over again,” Fauci said in an interview with MSNBC today. "So I really want to use this opportunity almost to have a plea to the people in this country to realize that we really still need to get our arms around this and to suppress these types of surges that we've seen. We can do it."

Surges in coronavirus were recorded after Memorial Day weekend and the Fourth of July.

“You can have an enjoyable weekend, but you can do a couple of fundamental things that we talk about all the time,” he said. “Masks, distance, avoiding crowds, outdoors much more than indoors, washing your hands — those types of simple things.”

Some context: Beginning Tuesday, restrictions on air travel, transportation between cities, and non-essential businesses in Colombia were partially lifted.

Bars and restaurants must remain closed to the public until the end of September, with the exception of areas designated for open-air dining. Colombia has reported fewer than 10,000 new daily infections each day in the past week.

In Latin America, Colombia continues to trail only Brazil and Peru in terms of the highest numbers of coronavirus infections in the region, according to data from Johns Hopkins University.

Dwayne “The Rock” Johnson tested positive for Covid-19, along with his wife and young children, the actor and former professional wrestler announced Wednesday in an Instagram video.

“I can tell you that this is one of the most challenging and difficult things we have ever had to endure as a family," Johnson said.

Johnson said they got the virus from “very close family friends” who are “devastated” that they unwittingly infected Johnson’s family. He and his family learned of their condition “two-and-a-half to three weeks ago.”

Johnson said his whole family is now fully in recovery.

“We are on the other side, we are no longer contagious, and we are – thank God – we are healthy," the actor said.

The director of the National Institutes for Health, Dr. Francis Collins, said it’s “unlikely” that a coronavirus vaccine will be ready by October.

“But I defend the CDC in their effort to try to be sure people are prepared,” Collins said in an interview with CNN.

The US Centers for Disease Control and Prevention has told public health officials around the United States to prepare to distribute a potential coronavirus vaccine as soon as late October. It’s also provided planning scenarios to help states prepare.

“This is like the Boy Scout motto, ‘Be Prepared,’” Collins said. “Even if it's very low likelihood, if everything happened to come together really beautifully and we had an answer by then and we knew we had a vaccine that was safe and effective, wouldn't you want people to be ready to figure out how to do the distribution? That's all that CDC is saying.”

“Now keep in mind that the likelihood of that is pretty low,” Collins added.

There are currently three vaccines in the US in phase 3 clinical trials.

Google search's data visualization programs now include a platform to see what coronavirus-related symptoms have been looked up by users around the world, the US, states, and counties.

“We hope this data could lead to a better understanding of the pandemic’s impact,” Google said in a blog post Wednesday. “Using the dataset, researchers can develop models and create visualizations based on the popularity of symptom-related searches.”

Google has for years tried to refine algorithms to come up with ways to predict disease activity based on people’s searches for symptoms.