Another federal official is making it clear that despite US President Donald Trump's predictions, there's hardly any chance a vaccine will be available to Americans by Election Day.

"I don't know any scientist involved in this effort who thinks we will be getting shots into arms any time before Election Day," said the official, who is familiar with Operation Warp Speed, the federal government's effort to develop coronavirus vaccines.

Trump, however, has projected optimism for a quicker timeline.

"(It's) going to be done in a very short period of time -- could even have it during the month of October," the President said at a press briefing Monday. "We'll have the vaccine soon, maybe before a special date. You know what date I'm talking about."

On August 6, Trump said he was "optimistic" a vaccine would be ready by around November 3.

"I believe we'll have the vaccine before the end of the year, certainly, but around that date, yes. I think so," Trump said.

The federal official is not the first to cast skepticism on Trump's forecast.

It's "extremely unlikely, but not impossible" that a Covid-19 vaccine could be authorized for emergency use by the US Food and Drug Administration before the end of October, Moncef Slaoui, the chief adviser to Operation Warp Speed, told NPR last week.

Dr. Larry Corey, who's leading a group set up by the National Institutes of Health to work on coronavirus vaccines, also said he doesn't think there will be a vaccine available by Election Day.

"I would agree with Dr. Slaoui. The chances are very low, very remote," said Corey, who leads the COVID-19 Prevention Network.

Read why the US likely won't have a vaccine by Election Day: 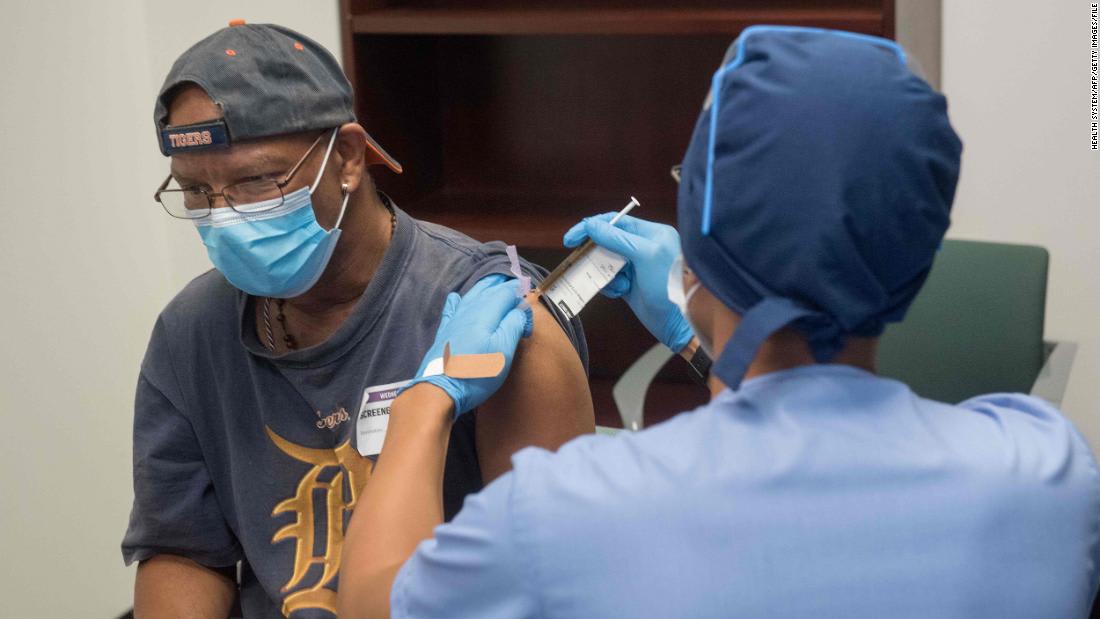 Oklahoma State University’s home opener against the University of Tulsa has been postponed by one week, the university announced on Monday.

Last week, it was announced that the college football game between Texas Christian University and Southern Methodist University would not be played on September 11 as previously scheduled.

A Tulsa news release said that in attempting to deal with Covid-19 protocols effectively, the football team has been limited in practice sessions since the beginning of preseason camp on August 7.

The release said that Tulsa had a nine-day pause because of multiple positive tests and was limited to seven practices in the 17 days of preseason camp.

Oklahoma State and TCU are members of the Big 12 Conference. Tulsa and SMU are part of the American Athletic Conference.

Mbappe took a test on Monday morning that returned positive, the FFF said, and was then isolated from the French national team. France is scheduled to play at home in Paris on Tuesday against Croatia in a UEFA Nations League match.

The 21-year-old is the seventh Paris Saint-Germain player to have tested positive for coronavirus in recent weeks. Neymar was reportedly among six others to test positive last week.

Mbappe played for France against Sweden on Saturday, scoring the only goal in a 1-0 win.

PSG are set to begin their domestic season on Thursday, but the availability of several of their players is in question following the spate of positive tests. 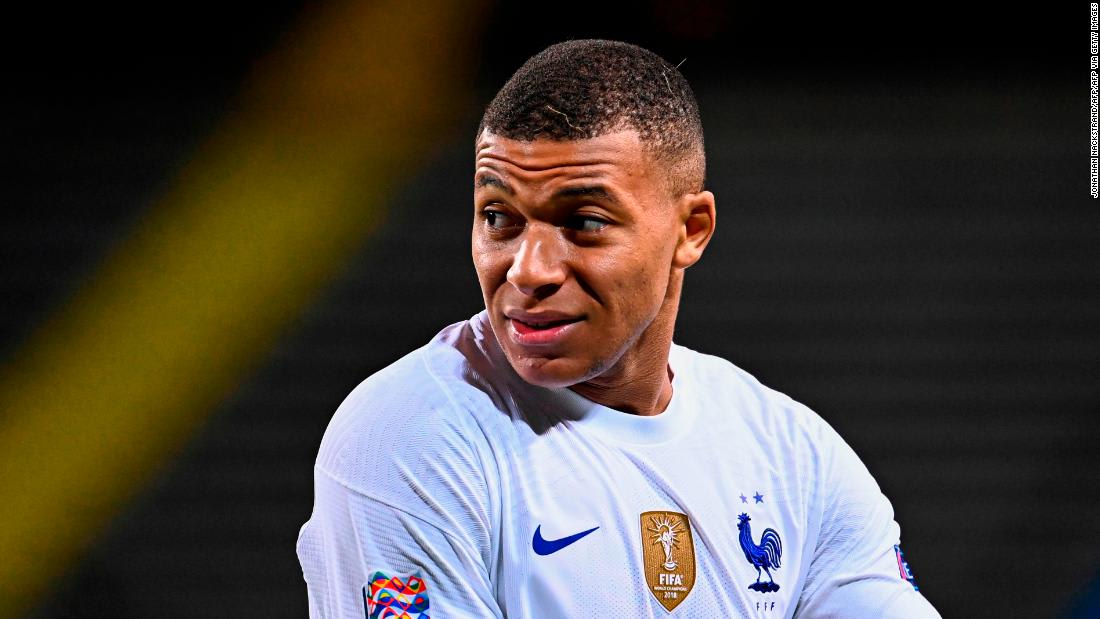 Kylian Mbappe tests positive for Covid-19 while playing with France

Ashleigh Barty will not be in Paris to defend her French Open tennis title.

The Australian said in a statement that she would not be traveling to Europe in part because of the Covid-19 pandemic as well as factoring in her lack of preparedness to play at Roland Garros.

"It has been a difficult decision to make but unfortunately I will not be competing in Europe this year," Barty said in a statement. "Last year's French Open was the most special tournament of my career so this is not a decision I have made lightly.
"There are two reasons for my decision. The first is the health risks that still exist with Covid. The second is my preparation, which has not been ideal without my coach being able to train with me due to the state border closures in Australia." 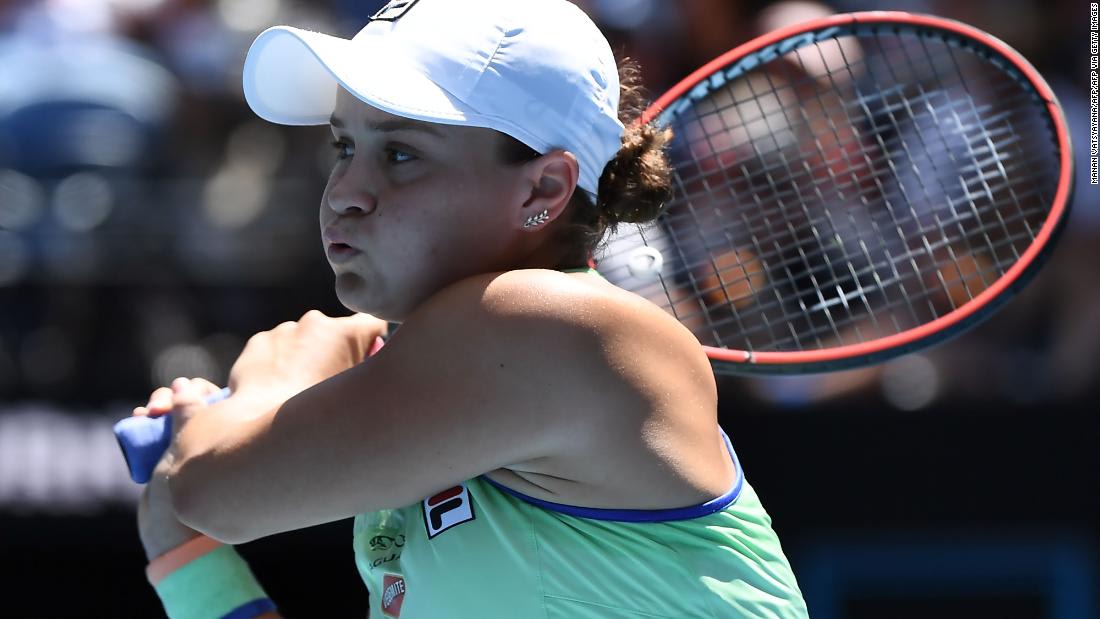 Ashleigh Barty will not defend her French Open title, will not travel to Europe

Dr. Jonathan Reiner, CNN medical analyst and professor of medicine at George Washington University, says the lack of universal mask use could be the biggest mistake in the United States' coronavirus response.

“Maybe the greatest error in our pandemic response -- and we've had a panoply of errors -- is the failure to get the entire country to wear masks,” Reiner told CNN’s Erica Hill Monday.

“When you look at countries where the mortality is a fraction of what it is in the United States, the common theme from the very beginning of the pandemic was universal masking," he added.

Reiner said the US response to the pandemic has been an “abysmal failure.”

“The virus went all over the world,” he said. “It didn't just come to the United States, but because of that panoply of errors and our failure to learn from our mistakes, our failure to get the country to social distance and to mask up has kept us in the realm of about 1,000 deaths per day.”

Mexico has the world’s fourth-highest count of coronavirus deaths, trailing the United States, Brazil and India respectively, according to Johns Hopkins University.

Excess deaths: Over the weekend, Mexico’s Health Ministry said it had recorded 122,765 excess deaths in the country during the pandemic.

Mexico’s government has said for months that its death toll from Covid-19 is higher than official figures due to low testing in the country. But that lack of testing makes it impossible to know exactly how many of the total amount of excess deaths were due to the virus.

With more than 4.1 million confirmed cases, Brazil is currently the third worst-hit nation in the world, after it was recently surpassed by India in second position, behind the US.

The health ministry also reported 11 new fatalities, bringing its total deaths to 5,541 since the start of the pandemic.

Egypt has been reporting fewer than 200 new daily cases in September, a significant drop from its peak in June when it was reporting more than a 1,000 cases per day, according to data compiled by Johns Hopkins University.

The US Food and Drug Administration must avoid repeating the mistakes it made with some coronavirus treatments in the race to approve a safe and effective Covid-19 vaccine, Dr. Vivek Murthy, former US surgeon general, told CNN’s Wolf Blitzer Monday.

“What matters in the end is what the FDA does, and they've got to avoid making the same mistakes they made with convalescent plasma, with hydroxychloroquine,” said Murthy. “They've got to really let the science and scientists guide them in their decision making here.”

Some background: The FDA gave emergency use authorization to both convalescent plasma and hydroxychloroquine in decisions that are widely viewed as having been influenced by political pressure – and that the White House trumpeted both EUA decisions as breakthroughs.

Hydroxychloroquine has been shown to not be helpful, and the FDA withdrew the EUA for that treatment against coronavirus. Doctors say calling convalescent plasma a breakthrough is a gross exaggeration, although few question the EUA decision itself.

Murthy commented on a Wall Street Journal report, as yet unconfirmed, that vaccine makers including Pfizer, Moderna and Johnson & Johnson plan to sign a pledge promising to only seek approval for their coronavirus vaccine candidates once they’re proven safe and effective. Murthy said he hoped it would help increase public confidence in an eventual vaccine.

“They also probably realize what's at stake here, which is that if the public does not have faith in a vaccine, then everyone suffers,” said Murthy.